Going to the mall or out on a shopping trip is a fun part of everyday life for many, but the face of retail has changed beyond all recognition over the years. Decades ago, brands that seemed to be infallible ruled the malls, with big names like Marshall Field’s and Toys R Us leading the way. Little did shoppers know that it’s not just products that go out of style. Companies can, too.

Over the years, we’ve said goodbye to some truly iconic stores that were once destinations. It’s sad, but not every company can last forever. Some have limited shelf-life, no matter how much we love them. From firm family favorites to niche companies that once stood the test of time, let’s take a walk down memory lane and have one final browse.

Howard Johnson’s was one of the first fast food restaurants to offer dine-in service. The chain started out as a single soda stand in Quincy, Massachusetts. Following the Great Depression, a second location kicked off an entire franchise – one of America’s first franchises ever, in fact. 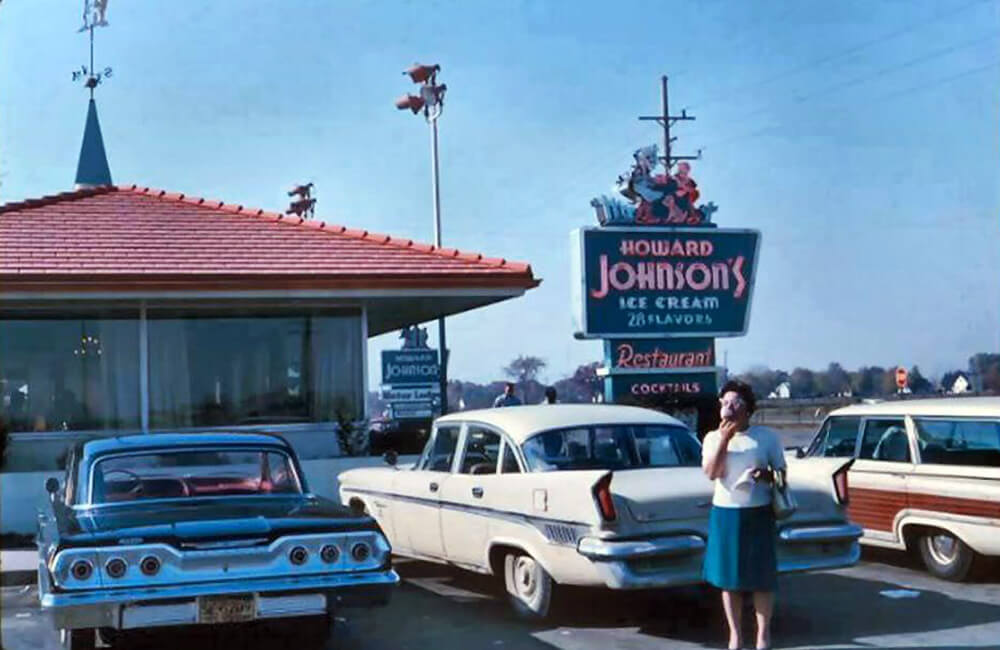 In 1954, the restaurant decided to try its hand in the hotel industry. They transformed their restaurants into motor lodges for those on long road trips and looking for an affordable place to stay. While the last restaurant closed in 2017, the motor lodges are still open and owned by Wyndham.

Formerly owned and operated by The Walden Book Company, Waldenbooks was a bookstore chain that you could find in just about any mall. It was a subsidiary of the now-defunct Borders Group. The chain also had its own software and video game line. In 2011, Waldenbooks filed for bankruptcy and was liquidated. 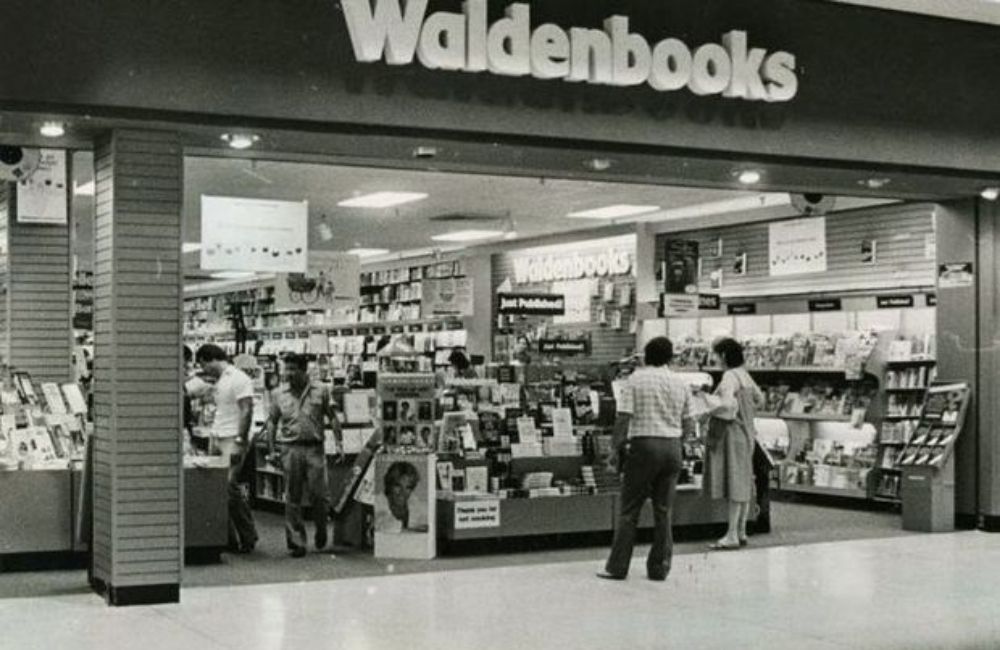 That really only leaves Barnes & Noble as one of the few bookstores still standing. Waldenbooks was founded in 1933 when Lawrence Hoyt founded a rental library, which he housed inside a department store. Books were lent for three cents each, and the Walden bookstore idea grew from there.

At its peak, the Burger Chef fast food chain had more than 1,000 locations. The chain began operating in the mid-fifties in Indiana, and it expanded throughout the U.S. It peaked in 1973. Burger Chef had several signature items to its name, including Super Chef and Big Chef burgers. General Foods was the parent company for many years before divesting itself in 1982. 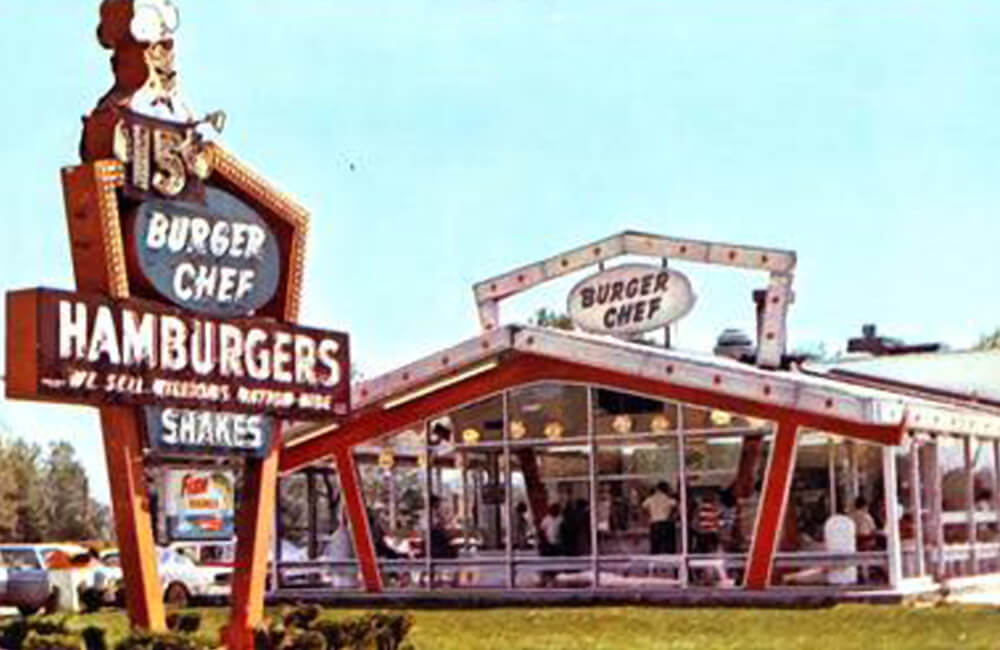 Hardee’s, a major competitor of Wendy’s, McDonald’s, and Burger King, inevitably bought Burger Chef. However, it didn’t stick with it for very long. The last Burger Chef franchised restaurant went out of business in 1996.

ShowBiz Pizza Place emerged as the result of a split between Pizza Time Theatre, which owned Chuck E. Cheese, and Robert L. Brock, ShowBiz’s founder. ShowBiz had a similar model to Chuck E. Cheese, and it had more in common with CEC than pizza chains like Pizza Hut or Domino’s Pizza. 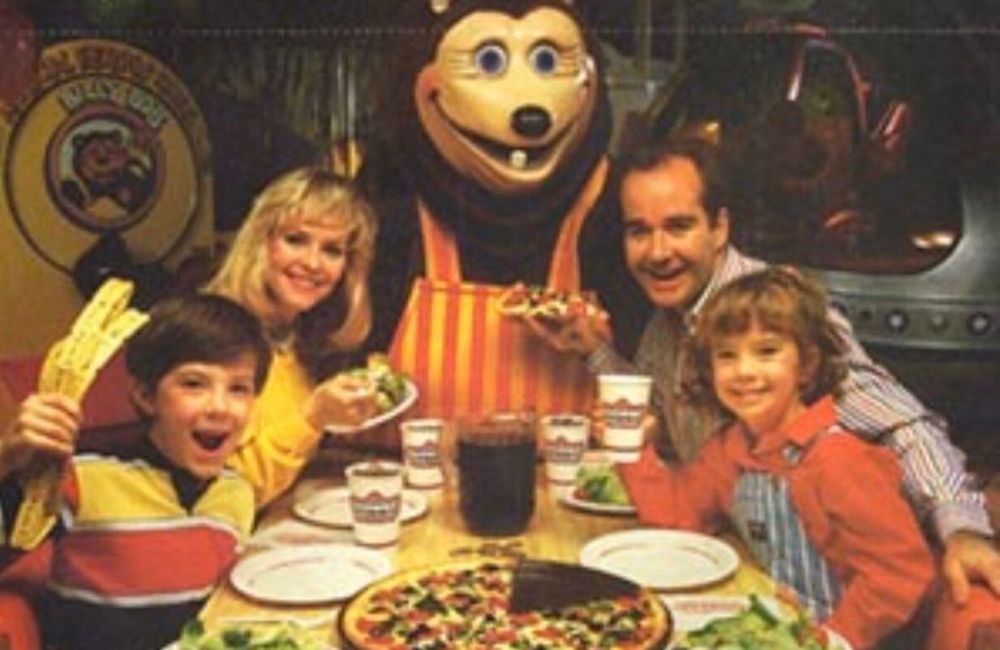 ShowBiz combined a family entertainment center with a pizza parlor. The family entertainment center included animatronic sage shows, coin-operated rides for kids, and arcade games. The company went bankrupt in the nineties, and it sold out to its former nemesis, Chuck E. Cheese, in 1992. That year, all existing locations were rebranded to Chuck E. Cheese.

Founded: 1959
Peak Number of Stores: 2
Out of Business: Unconfirmed

The news of Busch Gardens’ bankruptcy back in early 2020 was rather surprising. Busch Gardens is a beloved American theme park that has two popular locations. It was forced to close in mid-March (along with everything else), but it recently reopened. 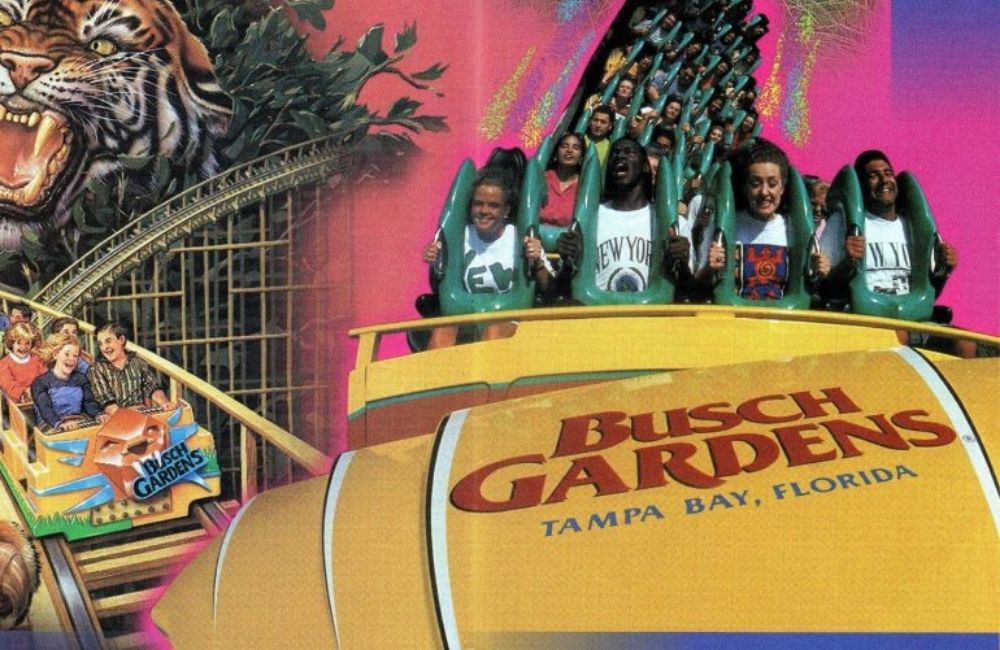 Though for how long, it’s hard to say. Busch Gardens owes $2.5 million in unpaid bills, and vendors have been filing lawsuits left and right against SeaWorld, its parent corporation. Currently, there are twenty-four liens against Busch Gardens, which may spell disaster for fans of the beloved theme park brand.

This warehouse store chain was developed by Sol Price, who also founded (and was later forced out of) FedMart. Sol Price’s Price Club cost Price and his investors $2.5 million to open on July 12, 1976. The club operated very similarly to that of Costco, where you had to be a member in order to shop there. 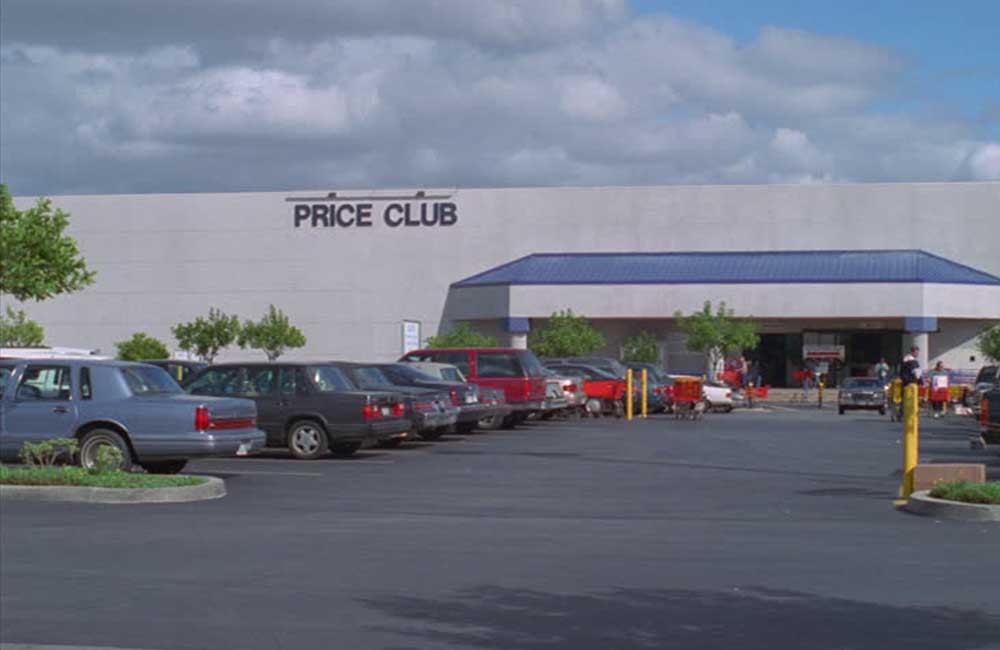 However, initially, only businesses could join the warehouse chain. Price Club expanded to allow other people in, and the company charged a $25 annual membership fee. Later, Price Club merged with Costco. By 1997, Price Club was no longer a brand.

Although Tower Records was never a gargantuan retail titan, it was a popular name in the music world. Founded in the swinging sixties, Tower had over 200 stores worldwide at its peak before it filed for bankruptcy in 2004. A decade earlier, the company had tried to expand but only ended up with more debt. 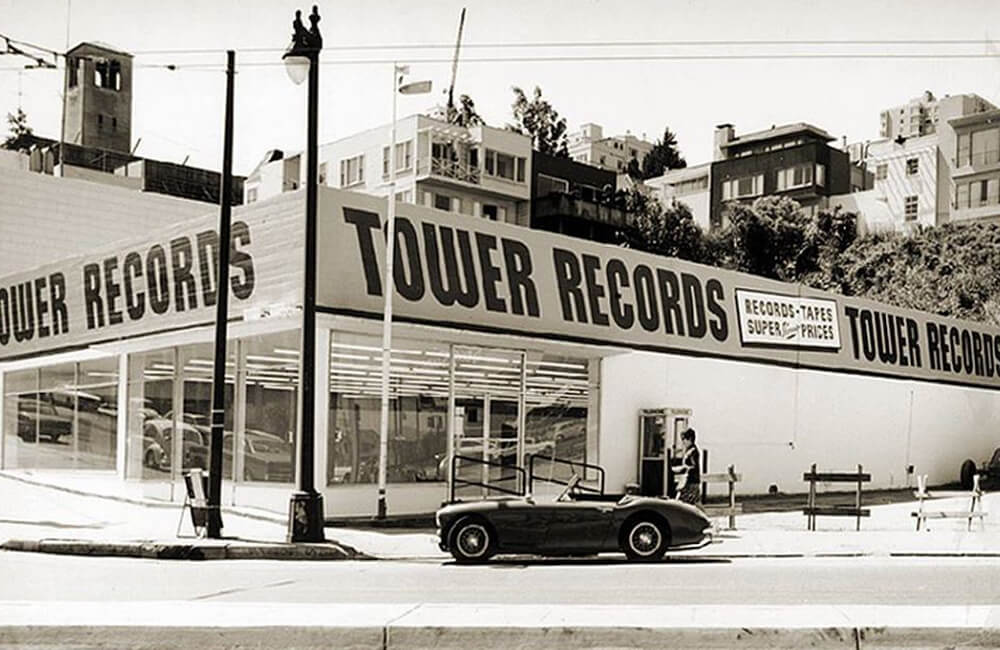 Two years later, the company filed for bankruptcy again and was liquidated by Great American Group. The final store closed on December 22, 2006, marking the end of 46 years of physical trading, although the website continued on for some time after, outliving the stores.

Tower Records wasn’t the only store of its kind to face impending doom at that time, as the world turned to streaming services. Many businesses still operating across the world are holding on by a thread, including chains like HMV. There simply isn’t a need.

Circuit City was a very prominent retailer in the US with over 616 locations, but it just couldn’t keep up with the changing world. By 2000, many remaining stores had fallen into a bad state of disrepair while also being situated in less-than-desirable areas. As a result, sales continued to fall. 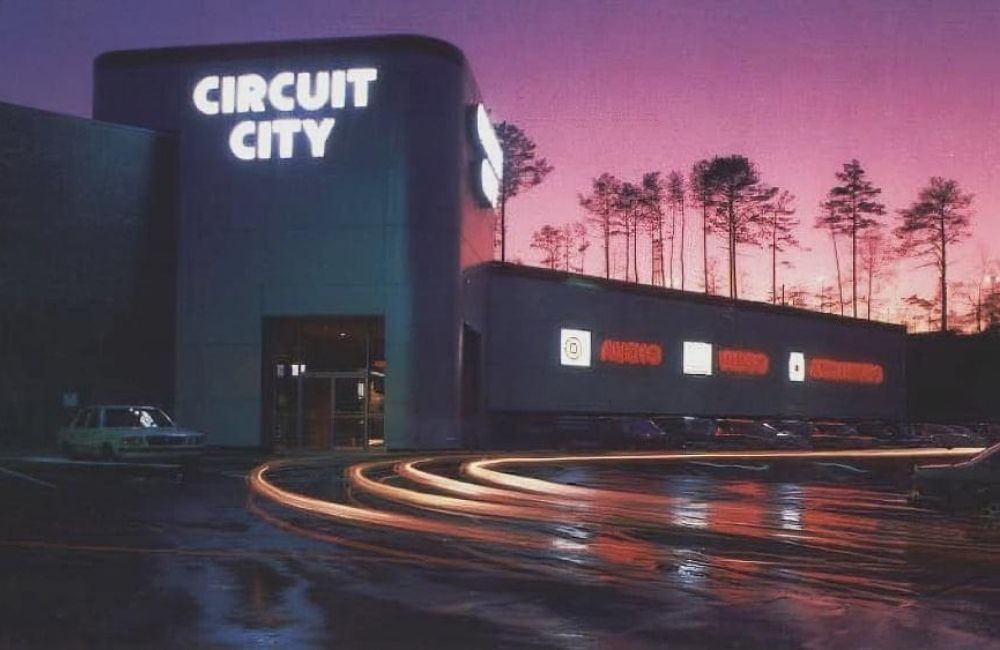 In a move that would determine its fate, Circuit City pulled out of the large appliance business just before a boom in the sector. Over the next few years, the company tried to cut back costs by laying people off and closing some stores, but it was too little, too late. Stores closed in 2009, although the brand continued to be online until 2012 under a different owner.

Circuit City’s history was equally as interesting. The concept of the stores was born when the founder, Samuel Wurtzel visited a barber shop in 1949 Virginia and clocked a TV. After that, he saw the future was largely wrapped up in these little moving picture boxes and took a chance.

When A&P reigned supreme, it was considered a true American icon. Launched in 1859 in New York City, the retailer grew to become the most popular grocery store and the biggest chain in the whole of the United States. Given how mighty it once was, its departure was all the more upsetting. 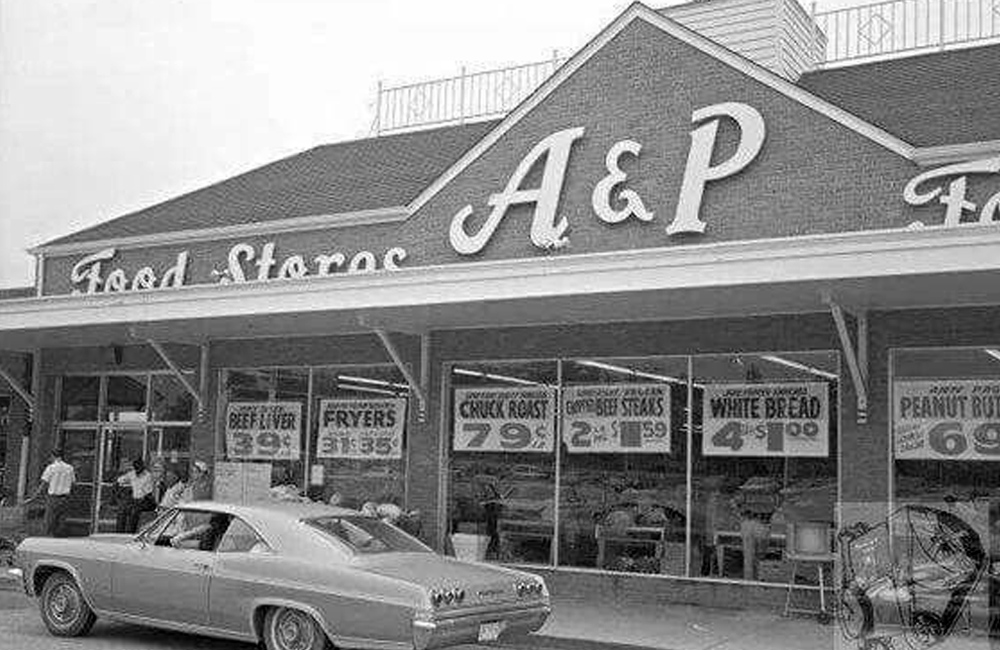 Despite weathering many storms over the decades, A&P was hit hard by the Great Recession and filed for Chapter 11 bankruptcy protection in 2010. By 2015, there was no turning back and all of the locations were closed, to the great disdain of its loyal customers.

Known officially as The Great Atlantic & Pacific Tea Company, the retailer was considered a name that was as well-known as giants like Apple are today. To many, saying goodbye to A&P in 2015 was like saying goodbye to part of the family.

Alpha Beta was the name of a grocery chain. But, before that, you might have recognized that name as part of a marketing concept that was used to organize groceries in a store in alphabetical order. Albert and Hugh Gerrard came up with that concept and then applied the idea in brand-name form to their grocery store line. AB’s popularity heightened when it signed a deal with Disney to use Mickey Mouse in its commercials. 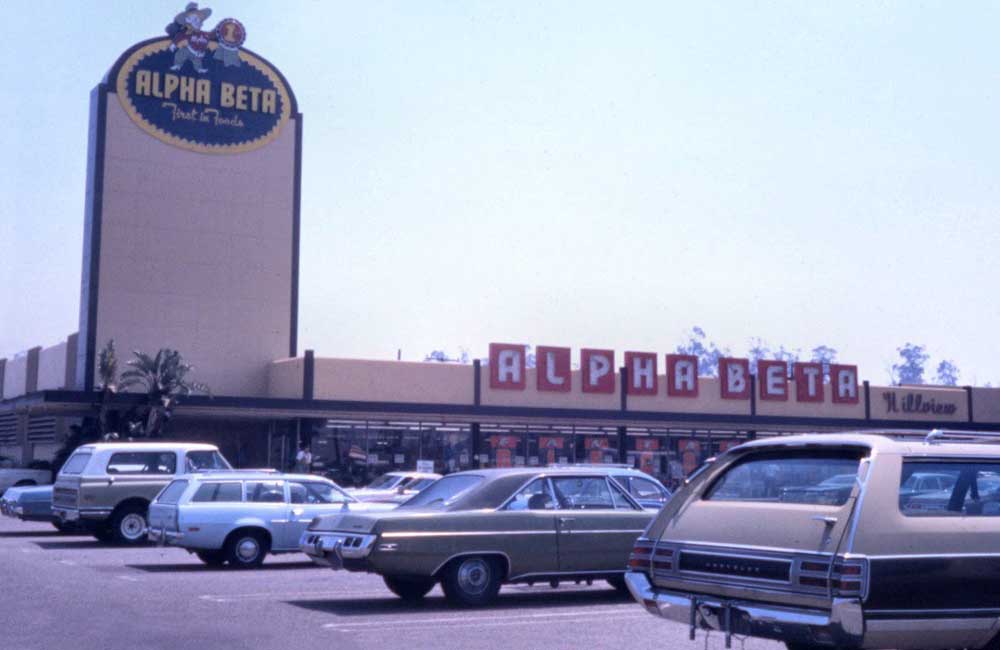 In 1961, American Stores bought Alpha Beta. Then, they were rebranded as Skaggs Alpha Beta. ABCO Foods bought thirty-four Alpha Beta grocery stores, and the rest were divided up before the brand officially went defunct in 1995.

You’ve heard of Burger King, but did you know that there was a feminine counterpart at one point as well? In 1956, Burger Queen was opened in Winter Haven, Florida by Harold and Helen Kite. They served up the typical fare: burgers, fried chicken and salads. Five years later the restaurant began franchising and soon had locations in Tennessee, Kentucky and Indiana. 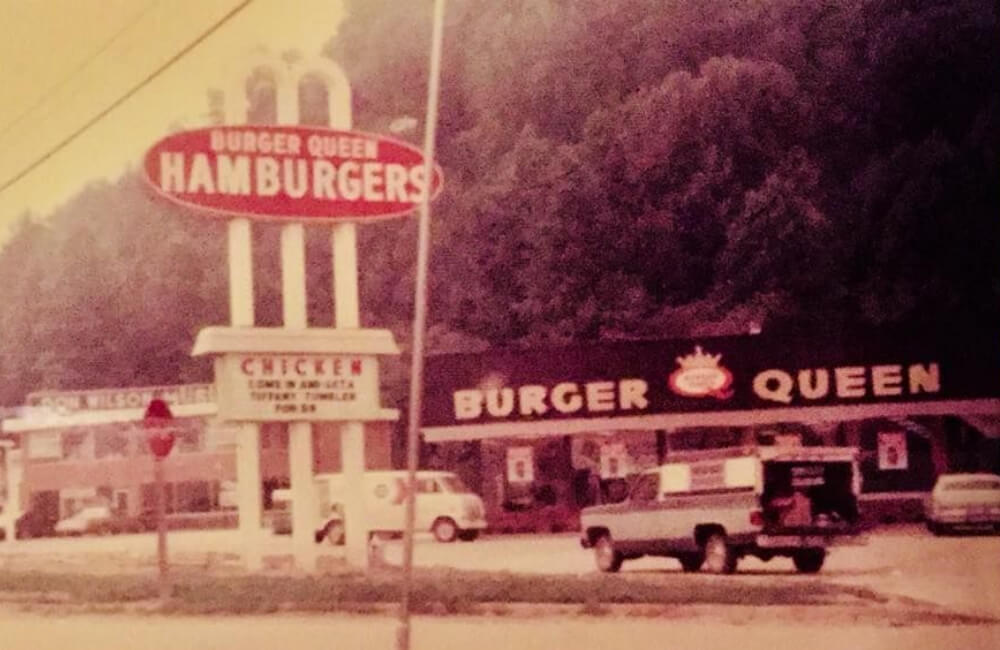 When 1981 rolled around, the company decided to rebrand and change their name to Druther’s. However, not much changed about the restaurant as the menu stayed the same. By 1990, Druther’s was bought by Dairy Queen and the remaining locations were re-transformed into DQ restaurants.

There was a time when Radio Shack stores were everywhere, with over 7,400 locations. By 2017, this number had dwindled down significantly to just 1,000. Its owners, General Wireless Operations, announced plans later that year to close nearly all of the stores, leaving 500 franchises still operating. 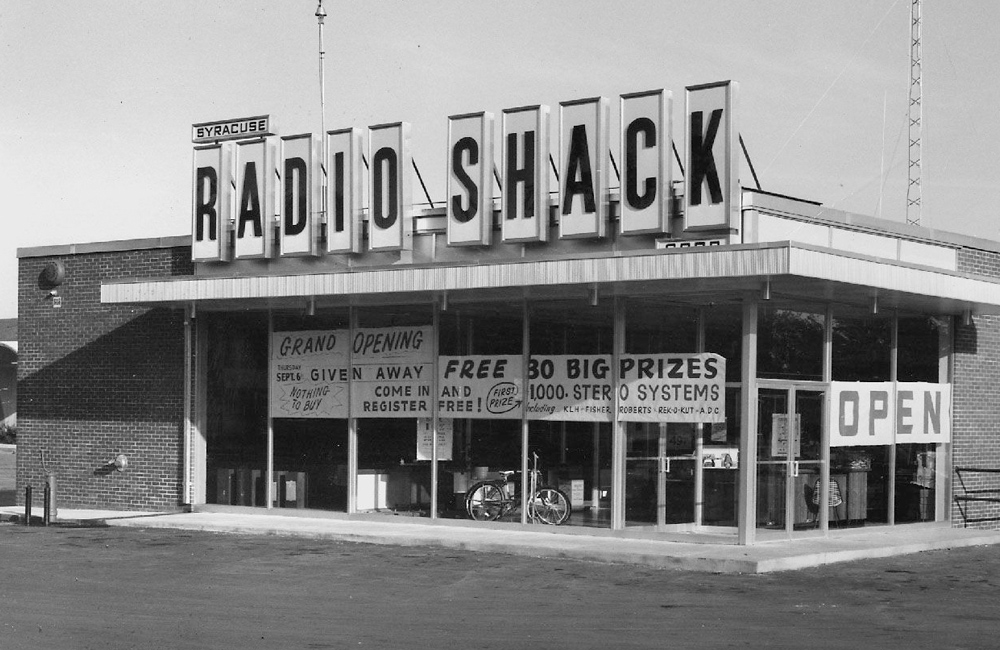 While some stores are still open, Radio Shack isn’t the retail powerhouse we once knew and loved. The closures came after GWO filed for bankruptcy earlier in 2017, with a statement that said, “We cannot thank you, the Radio Shack family, enough for sharing our journey throughout the years.”

It was a sad ending for the company that first emerged in 1921. Although Radio Shack did flourish in its prime it soon became defunct as the technology world moved on. Brothers Theodore and Milton Deutschmann likely had higher hopes for their business.

Thom McAn was created by Ward Melville and J. Franklin McElwain in 1922. The original store in New York proved so popular that within five years there were over 300 stores. By 1939, there were 650, making it one of the largest shoe manufacturers in America. 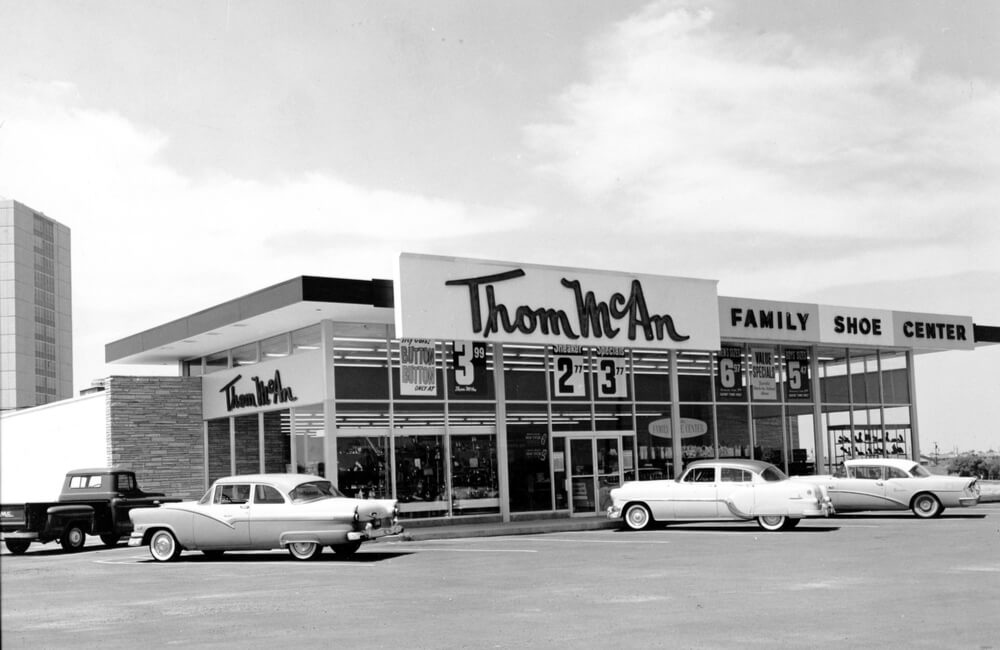 At its peak in the ‘50s, Thom McAn had 850 stores, supplied by 12 factories. By the ‘90s, the rise of the fashion industry and fierce competition began to have an impact on the brand. 730 stores were still going, but 350 were closed that year. By 1996, all Thom McAn stores were closed for good – however, for some time afterward their shoes were sold in Kmart stores.

At its peak, Pan Am Airlines had 226 planes. The airline was founded in the 1920s, and it has since been credited with many innovations that current commercial airlines have copied, including jumbo jets, jet aircraft, and computerized reservation systems. Pan Am also helped found the IATA (International Air Transport Association), which is the industry association for global airlines. 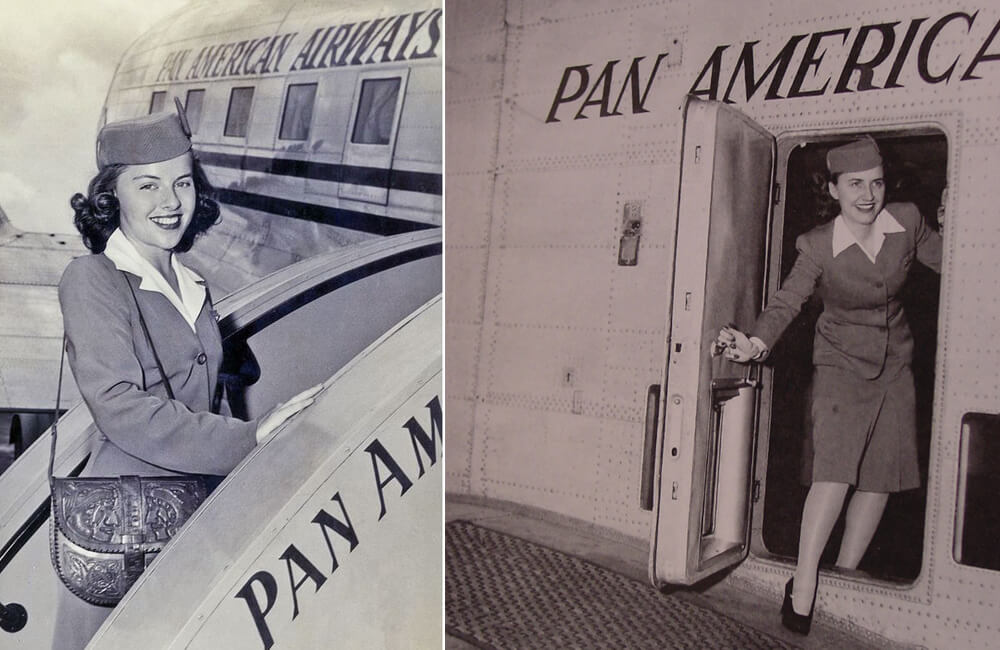 Pan Am was easy to spot by its “Blue Meatball” logo and use of the word “Clipper” in all of its call signs and aircraft names. Pan Am pilots always wore white hats, too. The oil crisis of 1973 kicked off the decline of Pan Am, which officially went defunct in 1991.