What is an Exchange Rate?

An exchange rate is the relative value of one country’s currency versus another.

According to the most recent BIS Triennial Central Bank Survey on foreign exchange and over-the-counter (OTC) derivatives markets, more than $6.6 trillion is traded in the foreign exchange (Forex or FX) market daily, mainly on the “interbank market.”

Most of this amount is spot FX trading where currencies are bought or sold immediately on the spot. However, in terms of transaction settlement date, global market conventions allow for up to two days. On that date, funds will have to show in the receiver’s account.

The US dollar (USD or US$) and euro (EUR or €) are the two most-traded currencies, followed by the Japanese yen (JPY or ¥) and Pound sterling (GBP or £).

A country’s exchange rate generally affects other critical variables in an economy, including inflation, trade competitiveness, and imports and export levels.

How to Calculate Exchange Rate

The exchange rate shows the bilateral rate at which one currency could be exchanged for another. It is calculated by using a currency pair.

Typically, a three-letter symbol is associated with a given currency, such as USD, EUR, JPY, or GBP.

In an exchange rate calculation, the order in which the pair is listed, for example, EUR/USD versus USD/EUR, matters.

When the value of a currency increases against another, it is said to appreciate. And when it falls or becomes weaker, that currency depreciates.

What is a Floating Exchange Rate?

A floating, or flexible, exchange rate is a rate that moves due to supply and demand forces. Therefore a given currency fluctuates constantly. In addition, global market sentiment about a country’s economy usually affects the strength of a floating currency.

Governments typically do not have established target rates for their currencies within flexible regimes. As a result, a given central bank does not generally take steps to influence the exchange rate if it appreciates or depreciates. Put another way, the exchange rate is not seen as an economic policy instrument. But in reality, a government (or central bank) can occasionally intervene so that the currency stays at a level favorable for global trade.

According to the International Monetary Fund (IMF), a flexible exchange regime signifies a country’s financial maturity. In a free-floating exchange regime, disequilibrium in a country’s balance of payments (BoP) would usually self-correct due to currency moves.

Let’s assume a country suffers from a deficit in BoP. Then, other things being equal, that country’s currency would depreciate, and its exports would become cheaper, leading to higher demand. Meanwhile, imports would become expensive, and the nation would probably import less. As a result, the BoP equilibrium would eventually be restored.

Countries including the US, UK, and Japan have a fully flexible exchange rate system.

As a currency, the euro is also free-floating. As of 2022, 19 out of 27 EU member nations use the euro. They are referred to as the Eurozone.

What is a Fixed Exchange Rate?

A fixed, or pegged, exchange rate describes a regime where a currency’s value is tied to the currency of another country—typically a larger one with a more stable economy.

In most cases, the nation has a significant trade activity with the anchor currency country. In addition, its national debt might be denominated in that currency. Alternatively, a country’s currency can be pegged to a basket of currencies or a commodity like gold.

The primary purpose of a fixed exchange rate system is to provide stability globally and limit speculative moves. A country might decide to have a fixed exchange rate as a core foundation of its national macroeconomic policy. Nations with pegged rates usually maintain strict capital controls.

This way, a small country like Barbados can keep prices for imports stable. In addition, capital invested by foreigners in the country will maintain its value.

Disadvantages of a fixed exchange rate:

How are Exchange Rates Determined?

An exchange rate is essentially a comparison between the currencies of two countries.

There are two broad types of exchange regimes: floating and fixed. There can also be finer distinctions within these categories. Different factors are at play in determining exchange rates in either regime.

In a free-floating regime, free-market forces of supply and demand determine exchange rates. Several factors influence currency moves within a given time frame.

The Purchasing Power Parity (PPP), an economic theory, becomes an essential concept in the long run. For example, the PPP between the US dollar (USD) and another currency, such as the Japanese yen (JPY), is the bilateral exchange rate required to purchase the same quantity of goods and services in Japan that would cost $1 in the US.

In theory, the bilateral exchange rate should be where the same goods and services cost the same amount in the US and Japan. However, exchange rates typically deviate from PPP in the medium and short term.

In the medium run, exchange rate moves reflect changes in inflation levels, interest rates, the relative economic outlook of a country, and the international competitiveness of an economy. For example, a stable low inflation rate helps support the value of a currency.

If inflation is higher than the target level, the central bank might consider increasing interest rates. In such a case, the value of the currency typically appreciates. Higher rates bring in more overseas investment. As a result of more money coming into the country, there would be higher demand for its currency.

A country’s global trade could also affect the value of its currency. If a country has a trade surplus, i.e., it exports more than it imports, it typically has a strong currency. And nations with trade deficits tend to have weaker currencies.

Both the economic and political stability of a country can also affect market expectations and hence the currency’s value. Understandably, markets pay attention to the predictability of an investment. As a result, economically sound and politically stable nations tend to have strong currencies.

Finally, on a short-term or daily basis, exchange rate movements might reflect events that affect an economy, market sentiment, as well as speculation in the FX market.

In a fixed exchange rate regime, the government ties the official exchange rate to another country’s currency, such as the US dollar or a basket of currencies. Such a peg means stability in the currency.

When a fixed exchange rate agreement is put into place, participating nations also agree on a target. In addition, a narrow deviation range is also set. Thus, slight fluctuations are acceptable.

However, a currency does not simply stay at the target level by itself. The monetary authority has to buy and sell currency to minimize currency swings to maintain the peg. Put another way, the country has to have enough foreign currency reserves to intervene when necessary.

Finally, the peg could change over time, depending on economic developments in the country. So regular reviews of a fixed exchange rate agreement are common. 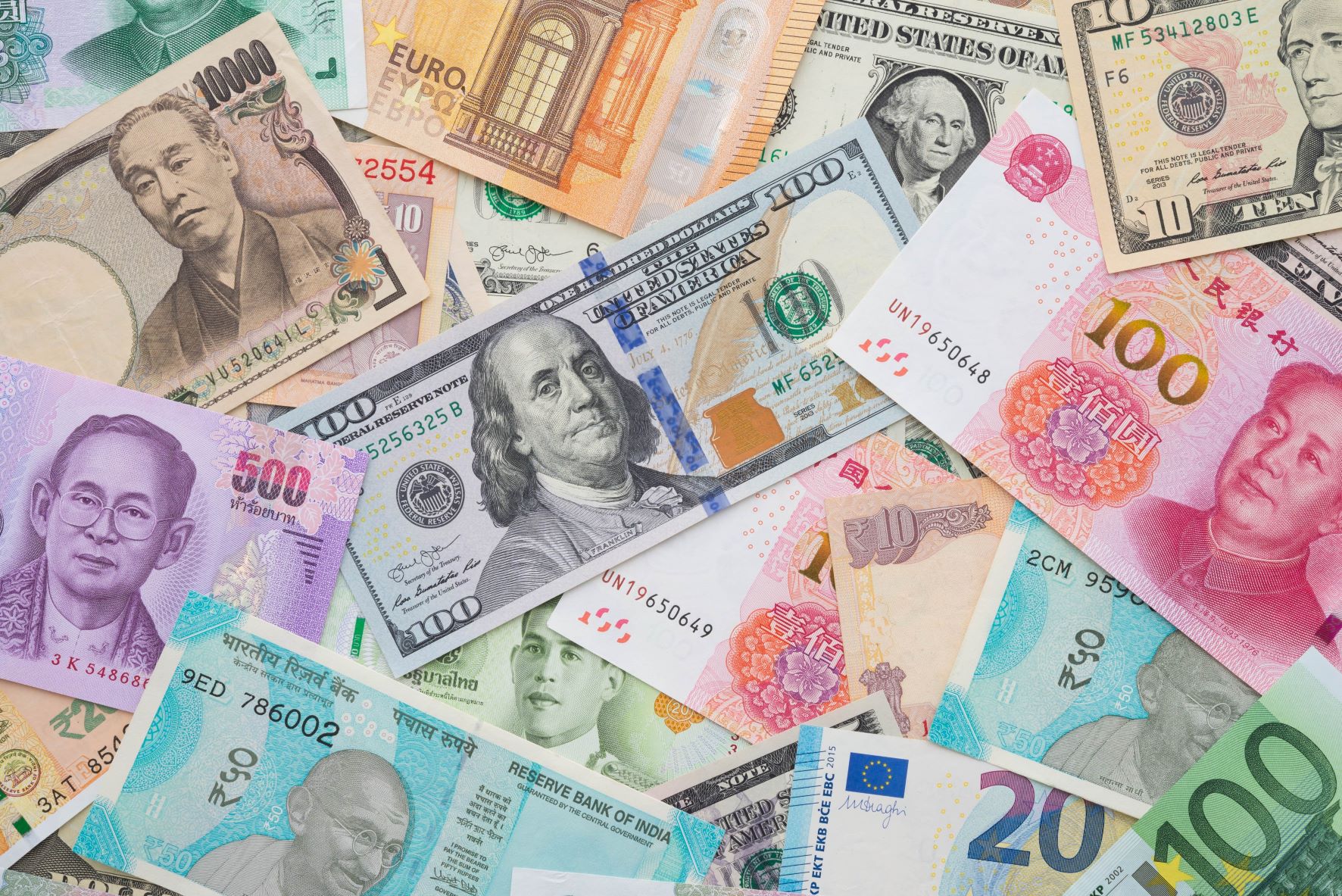 What is Forex (FX) Trading and How Does it Work?

What is Forex (FX) Trading and How Does it Work?

Forex is the largest and most liquid financial market in the world, with trillions of dollars traded daily. As an OTC (over-the-counter) market with no