It’s no secret that the rich and famous usually have an army of people working for them. From stylists to housekeepers, the more in-demand the celebrity is, the more staff they usually have. Most celebrities couldn’t imagine their day without an assistant who knows their schedule, runs their errands, and is there with them every step of their public and personal life.

Of course, being an assistant to a famous person is usually a very well-paid job, but it can often also be a very stressful one. These assistants know their celebrity clients inside and out, but what do they have to say about them? These are the true stories, good and bad, from the people who have helped some of Hollywood’s biggest names get through the day.

Mary Beth Brown was Elon Musk’s loyal, long-suffering assistant, and her relationship with Musk had been compared to the relationship between Marvel’s Tony Stark and Pepper Pots. If Musk worked a twenty-hour day, then Brown did too. 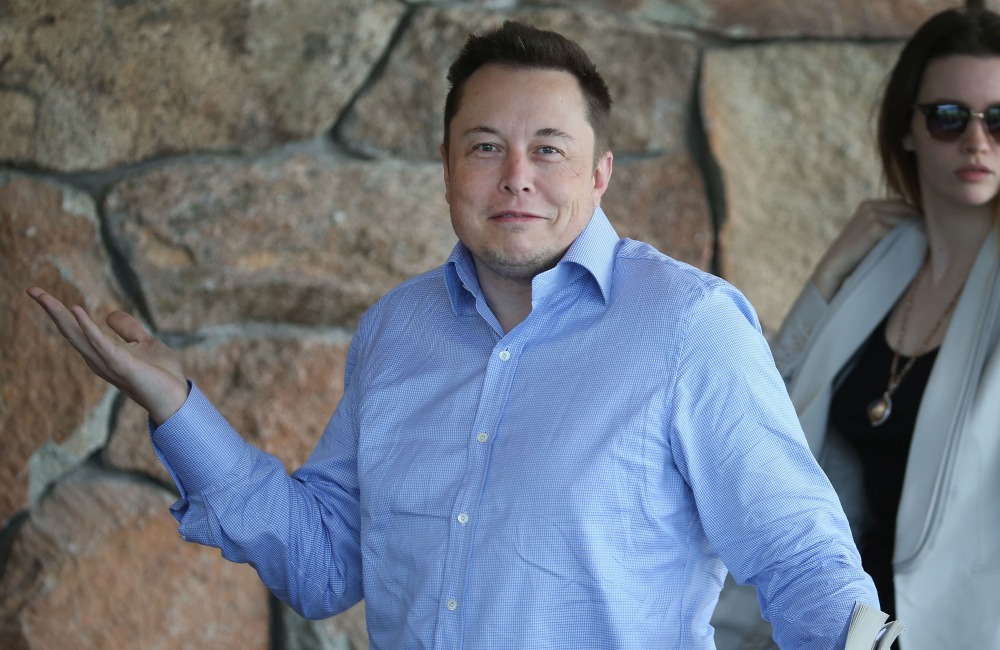 That is, until Brown asked for a raise. She had worked for the eccentric billionaire for twelve years before deciding, in early 2014, to ask for a pay raise. Musk told her to take a few weeks off while he made the decision. After two weeks away, Musk fired Brown, saying that he realized, in her absence, that he didn’t really need her after all.

Lena Dunham is best-known for her series Girls on HBO. She created, wrote, and starred in the series, though that is not her entire career. She is also a feminist activist and author, and she is never shy to speak her mind about issues that are important to her. She has a personal assistant to help her, and that assistant was even spotted feeding her while on the set of Girls. 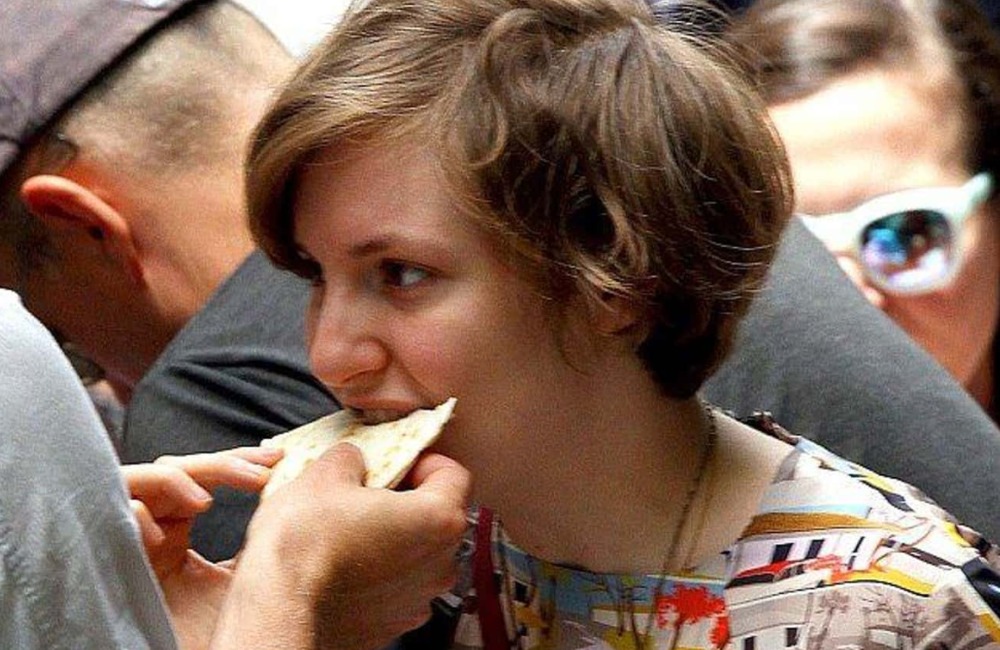 We’re pretty sure that her lifting up the pizza for Dunham to take a bite was a joke, but people blew up over the scene, with some calling it demeaning to the assistant. Dunham likely has many people to help her with her books, social media, and media projects, and most fly under the radar.

Stephanie Shepherd became reality television star Kim Kardashian’s assistant in 2013 and later she was promoted to the chief operations officer for Kardashian West Brands. In 2017 the two women parted ways and many believed that this was due to a feud. 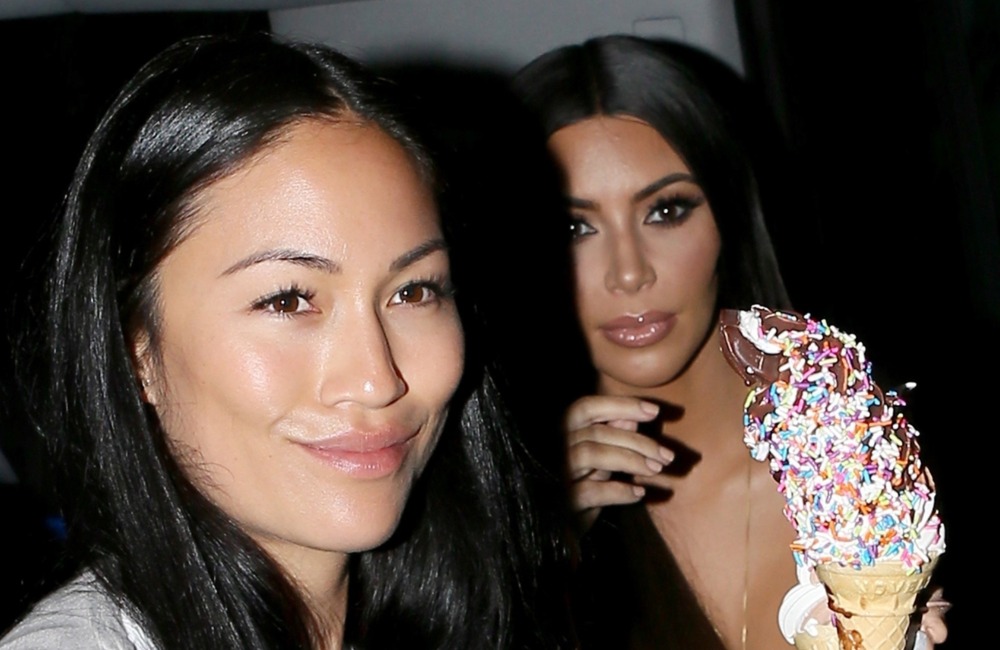 However, Kim Kardashian set the record straight in 2018 when she revealed “You guys, we’ve never had a feud. She wanted to go in a different direction. I respect that. I love giving that encouragement to whoever I’m working with. Just because people stop working together, doesn’t mean that they’re feuding and stop being friends.”

Not all personal assistant arrangements end in lavish gifts and sweet farewells. Sometimes, they can end in lawsuits and headlines. Naomi Campbell hit the headlines in the early noughties when her former assistant Amie Castaldo claimed the model was often hostile toward her. 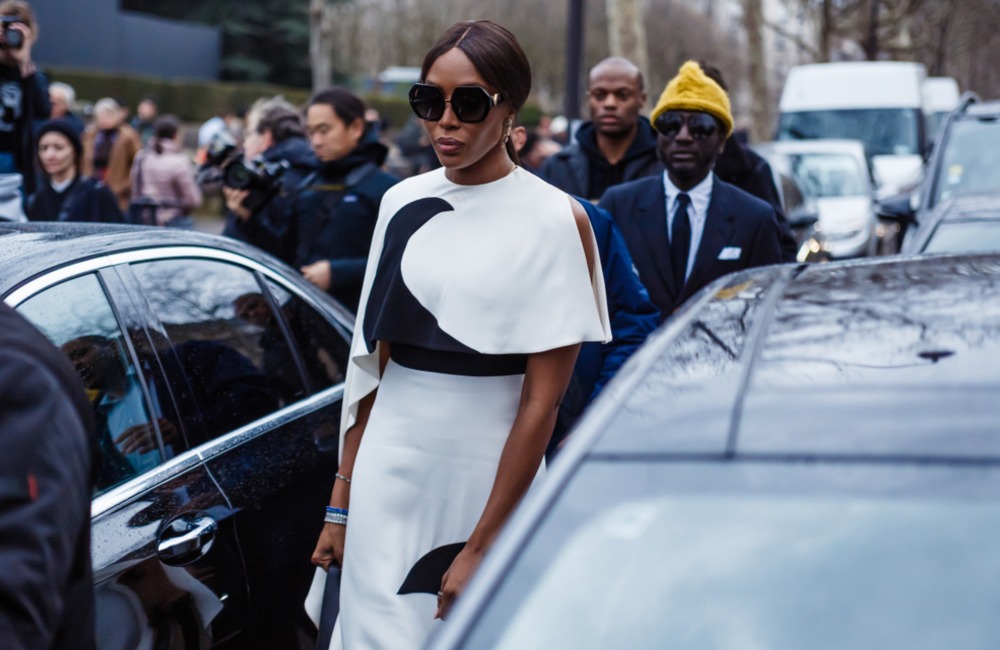 In the end, Castaldo alleges she quit when Campbell became unnecessarily angry that she wasn’t able to book her favorite hairstylist for an event. The events still pop up in headlines every now and then, most likely to Naomi’s dismay.

Robert Downey Jr. has had an impressive career, but it hasn’t been without its downsides. Before the star landed his most prestigious role of Tony Stark in the Marvel Cinematic Universe, RDJ was still trying to escape his “bad boy” reputation. 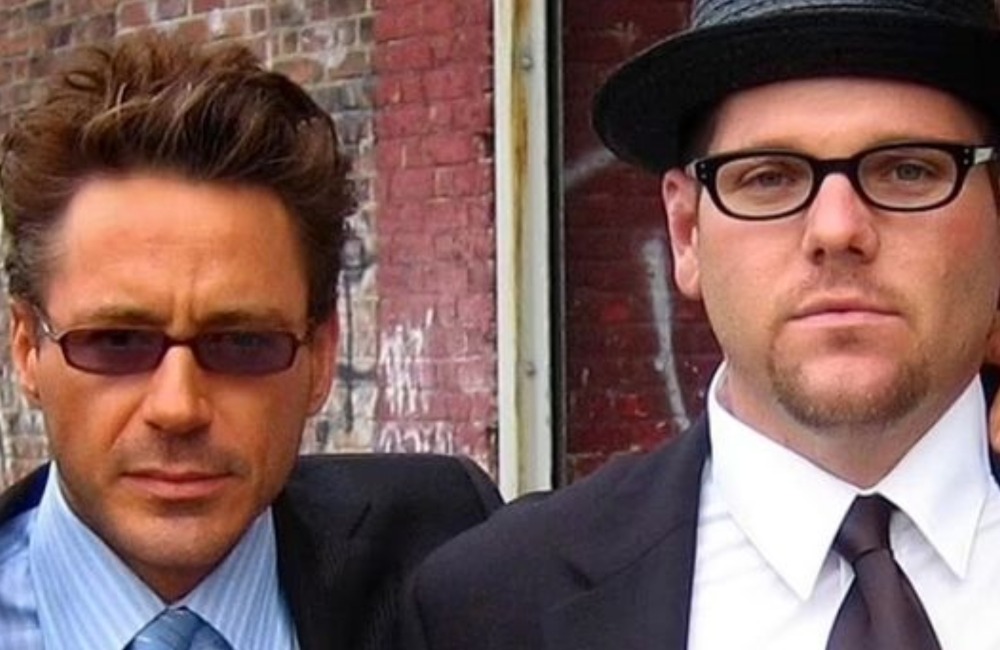 Luckily for him, he had some strong and reliable people in his inner circle. Jimmy Rich was RDJ’s assistant since 2003, helping him with anything he needed for nigh on 20 years. Sadly, Rich’s life was taken far too soon when he was involved in a fatal car collision in 2021. The actor was shocked and devastated at the tragedy, as were his fellow Disney actors.

Hollywood star Brad Pitt has been in the industry since the early ’90s and over the years he had plenty of different people working on his team. When the actor was shooting the action-horror movie World War Z in 2011, his personal assistant was Lara Marsden. 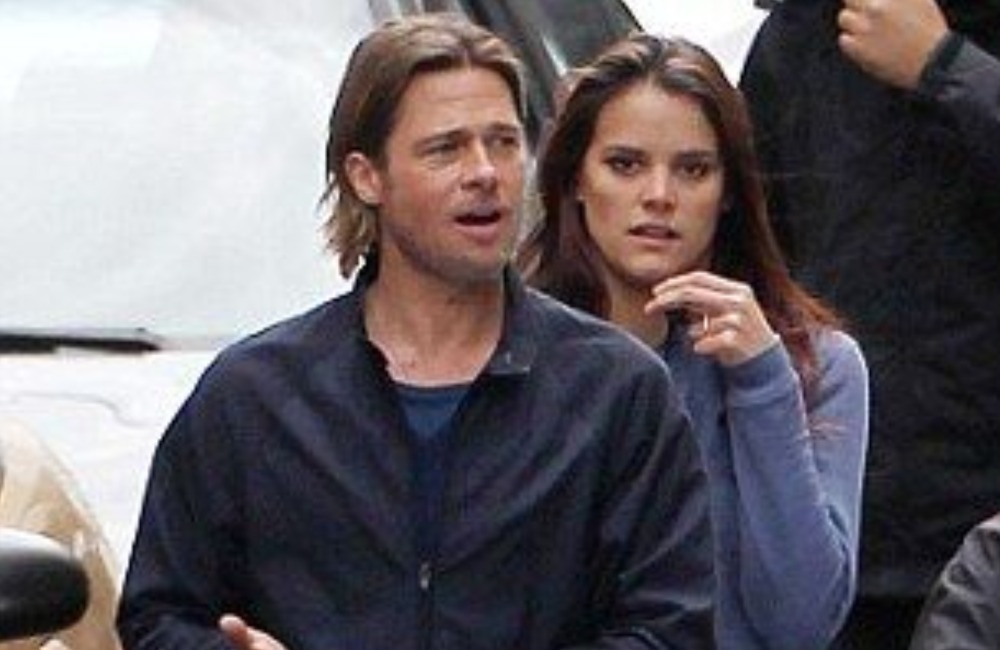 However, Mardsen left her position after she was in the spotlight thanks to being romantically linked to her boss. A source for New Idea alleged that it was Angelina Jolie who was also to blame as she “was always jealous of Lara. She was always suspicious that there was something going on between Brad and Lara.”

Ben Affleck and Matt Damon have been close friends since before they rose to fame, so it’s not surprising that they would also spend time with each other’s assistants. In 2001, Damon started dating Affleck’s assistant Odessa Whitmire, and things were reportedly serious for a while between them. 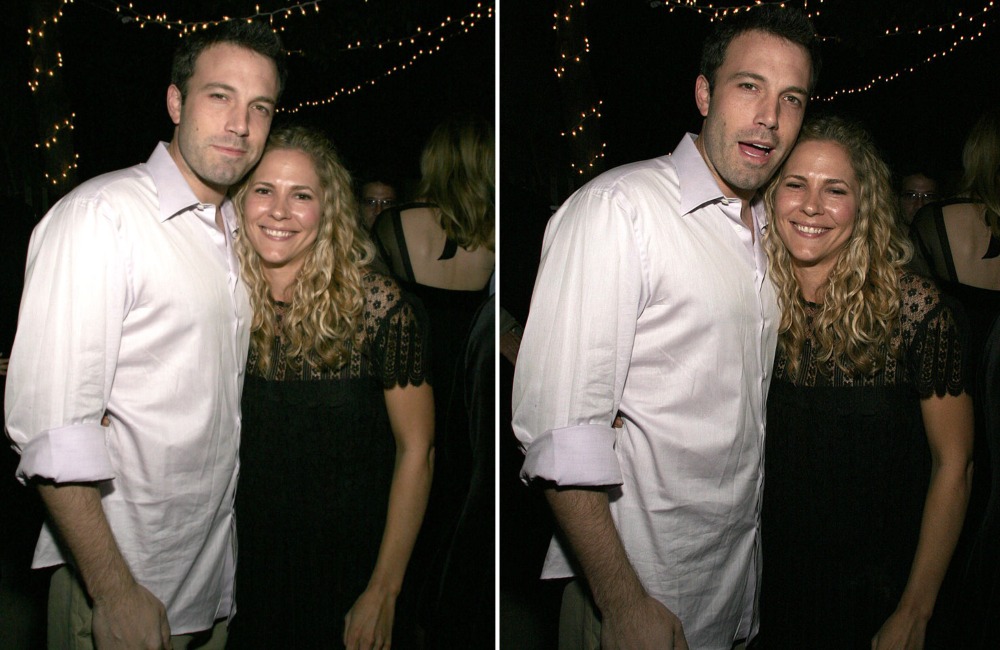 However, in 2003 Affleck fired his assistant Whitmire, and a source for Page Six revealed, “Odessa was living in Ben’s house as his assistant, and Jennifer (Lopez) did not like that. She asked Ben to get rid of her and to have her move out.” By the end of the year, Damon and Whitmire also broke up.

Chris O’Dell wrote history by being one of the first female tour managers in the industry. O’Dell has an impressive career and she has worked with some of the most famous names in the music industry. She was present when The Beatles recorded The White Album, Abbey Road, and Let It Be, and she was frequently hanging out with Yoko Ono and Maureen Starkey. 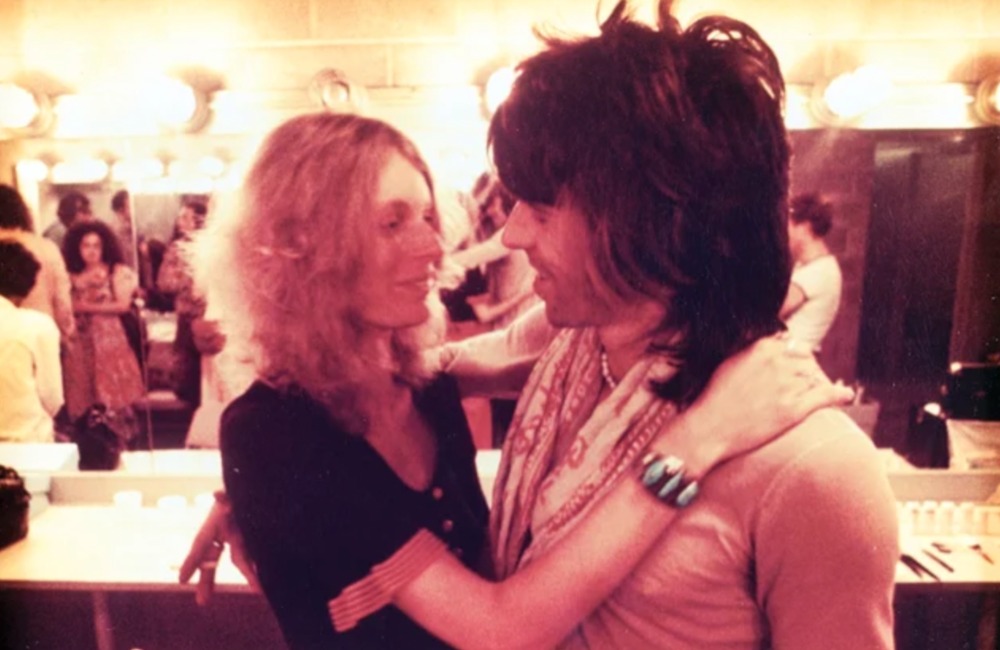 Music legend David Bowie’s assistant was Coco Schwab and the two worked together for an impressive 46 years. Coco was David Bowie’s right arm, and she saved the rockstar’s life on numerous occasions. 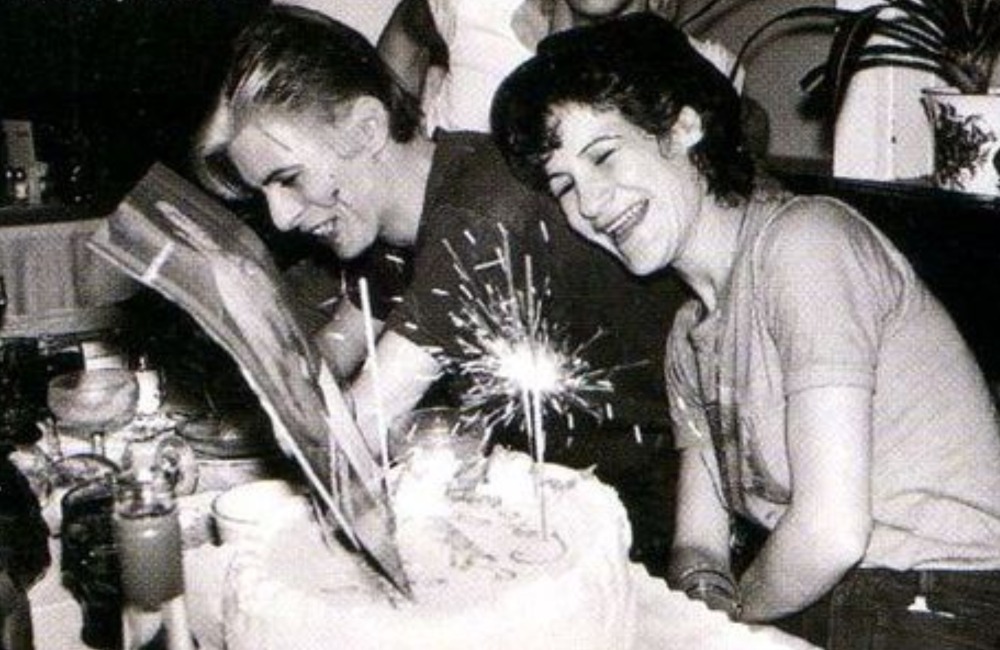 Bowie himself revealed that Schwab was a close friend to him and that she helped him recover from substance issues in the ’70s. Because of this, it is not surprising that Bowie — who passed away of liver cancer in 2016 — left her $2 million in his will. Coco Schwab started working for the star in 1973 after she answered an ad in the London Evening Standard from Bowie’s management company.

Another celebrity who is super close to his personal assistant is MCU star, Chris Hemsworth. The actor’s personal assistant is Aaron Grist, and the two have worked with each other for a long time. Last year, the actor even threw Grist an 80’s themed birthday party which was also attended by Hemsworth’s Thor: Love and Thunder co-stars, Idris Elba and Matt Damon. 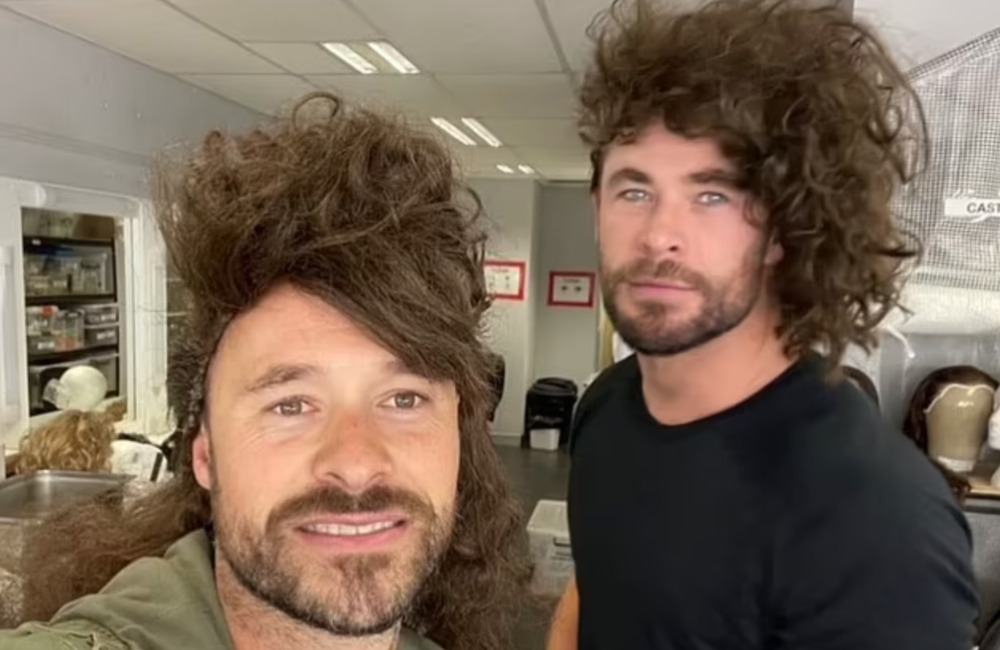 Anyone who follows the Marvel star on Instagram has surely seen plenty of photos of the star with his PA. In fact, as of writing, Grist himself has over 26,700 followers on the popular photo-sharing social media platform.

The Duchess of Sussex’s personal assistant in 2018 was Melissa Toubati who previously worked for Robbie Williams and his wife Ayda Field. However, after only six months, Toubati resigned because the job was reportedly too stressful for her. 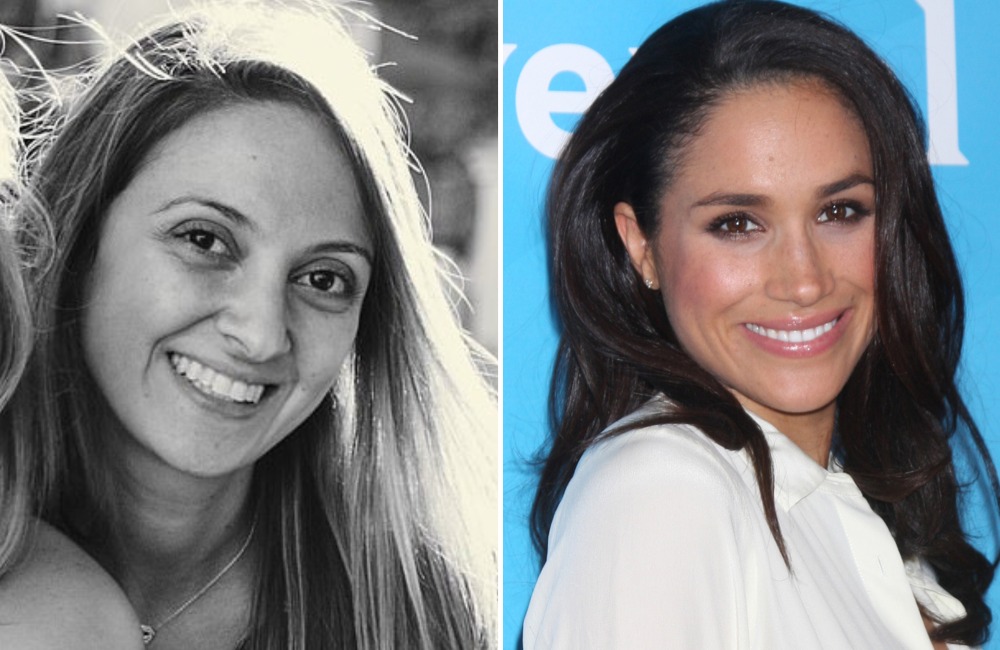 A source for The Mirror revealed that the job was “highly pressurized and in the end, it became too much.” The source also added that there were a lot of demands put on her and she often ended up in tears. Because of this The Duchess of Sussex and Melissa Toubati parted ways.

Popstar Britney Spears has certainly had trouble with finding the right people to be on her team, which is why fans are happy that her new personal assistant seems to be doing a great job. Victoria Asher started working for the singer at the end of 2021. 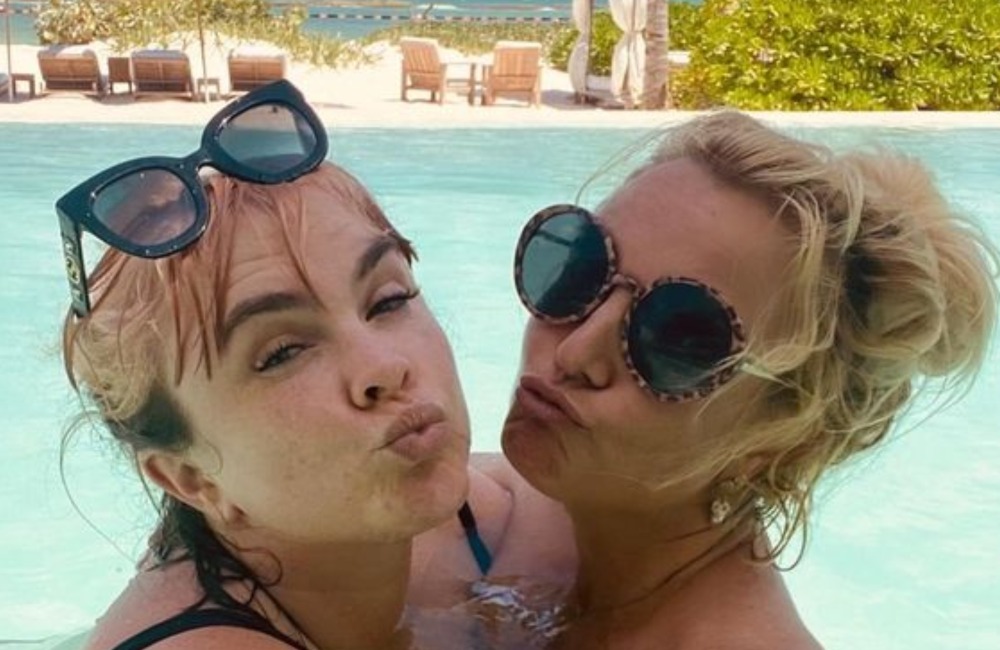 Asher is also known as Vicky T, and she is a musician who was the keytarist of the band Cobra Starship until they split in 2015. Asher was publicly introduced as Britney Spears’ new assistant at a Van Gogh exhibition in November 2021. Brit has wasted no time in gushing over her on Instagram, much to the delight of fans.

Hollywood star Bruce Willis kicked his career off in the late ’80s and in the ’90s he starred in some of the decade’s most famous movies including Pulp Fiction, 12 Monkeys, and The Fifth Element. In March 2022, the actor’s family announced that Bruce Willis was retiring after being diagnosed with aphasia. 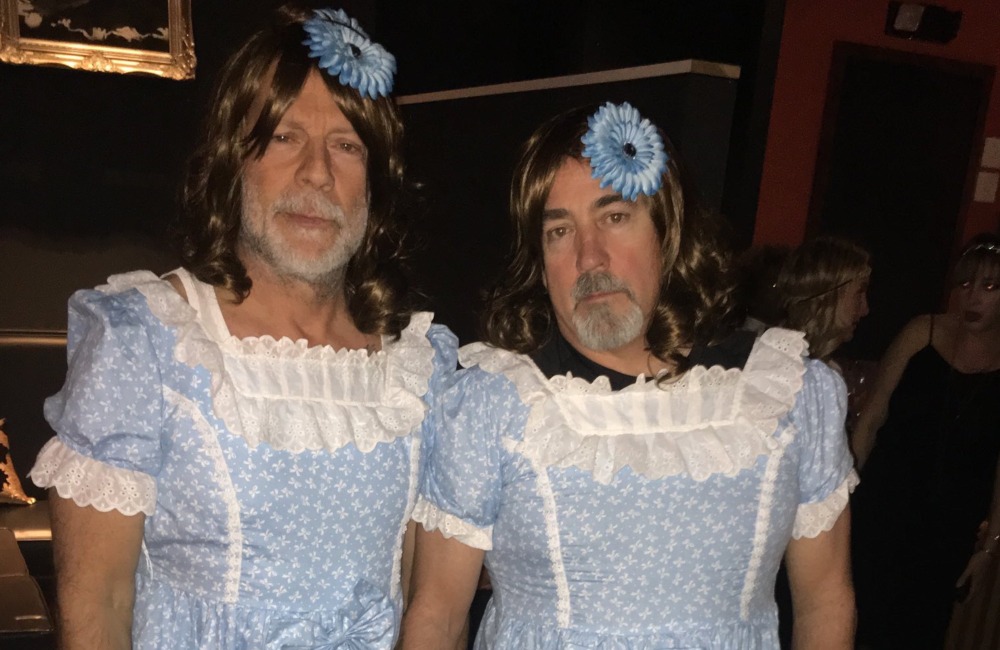 Bruce Willis’ assistant was Stephen J. Eads, but it is unclear whether he is still working for the actor since he retired. According to the Los Angeles Times, most of the actor’s team (including his assistant) were aware of Bruce Willis’ declining cognitive state.

When it comes to looking after their personal assistants, some stars are more generous than others. Besides a relatively decent salary, it’s not uncommon for A-listers to share their wealth with their employees. Amy Cohen first started working for George Clooney in the mid-90s, going on to stay with the star for years. 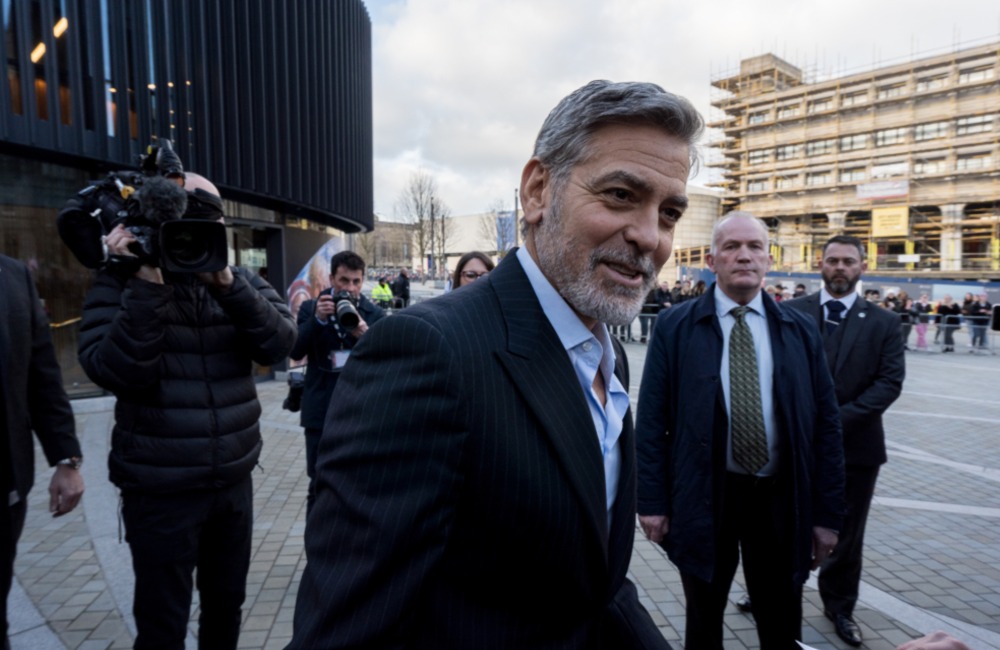 It’s not clear if Amy is still part of the actor’s inner circle, but we do know that George bought her a “fully-loaded four-wheel-drive” car during her first four years of helping him, according to the Washington Post. Cohen made headlines again in 2003 when George purchased a $2.3 million house for Cohen on the same street that he lived on.

The Most Extravagant Celebrity Engagement Rings of All Time
Being an A-list celebrity with more money than sense can come with its perks. Lavish homes, fast cars, and of course, expensive jewelry. Some of the biggest names in the business have some of the biggest diamonds in the world. The more famous you are, the higher the carat count.  From Sony artists to royalty, […]
The Most Expensive Outfits Royals Have Worn
From the moment we are old enough to dream, we hear stories about princesses in towers, read books about princes riding on a white horse, and watch movies with magical pumpkins and glass slippers. Hearing about the real royal families is a way to keep that childhood magic alive.  The royal family are the epitome […]
These Hit TV And Movie Sets Are Abandoned – And Still Standing Today
Hollywood is the stuff of dreams, and where fantasies become a reality. We all grow up with the movies, dreaming of the Wild West, fantastical adventures, or being swept off our feet just like in the pictures. Parallel universes, dystopian worlds, or a thrilling chase after the bad guy. The only limit is our imagination. […]
Most Expensive Cars of the British Royal Family
The British Royal family has managed to amass quite the fortune over the years, but their net worth extends far beyond what King Charles III has in the bank. In fact, what he has in the garage is just as lucrative, too. The House of Windsor has always been fortunate enough to acquire and drive […]
Advertisement