Amazon’s Jeff Bezos is the richest man in the world. Even if you don’t own any Amazon products, you likely know who he is, either because of his incredible career or his space flight in July of 2021. With a net worth of $153 billion, he will never have to think about money again in his life, and neither will his kids.

That being said, what does a man this filthy rich actually spend his money on? Does the Amazon founder drop it all on lavish vacations and holiday homes, or do his purchases extend way beyond the usual choices of the world’s elite?

Before Jeff Bezos went to space in 2021, he went on a cruise. He was spotted visiting the Greek Islands aboard a super-luxurious yacht. He went on a cruise of the beautiful Aegean Sea, and he was spotted having dinner at Omega3, a cosmopolitan restaurant in Platis Gialos, located on Sifnos, a Cycladic Island. 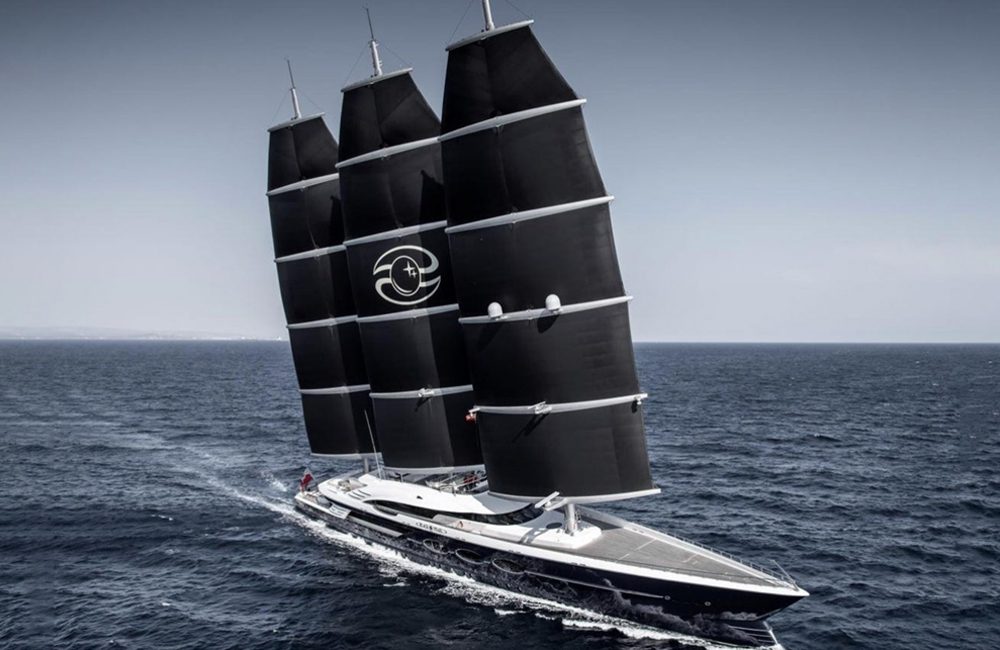 Bezos wasn’t alone for this cruise. He went sailing with his fellow billionaire businessman, Barry Diller. Diller’s wife is famed fashion designer Diane von Furstenberg. Also along for the trip was Anderson Cooper, a journalist and anchor at CNN. The trio sailed on Eos, one of the world’s largest sailing yachts. Eos is owned by Diller.

The Arctic Circle runs straight through the middle of Norway, and it is one of the country’s biggest tourist attractions. Not everyone can afford to travel there, but Jeff Bezos certainly can. The billionaire not only took a vacation there; he also dog-sledded, posting a lot of pictures from his vacation. 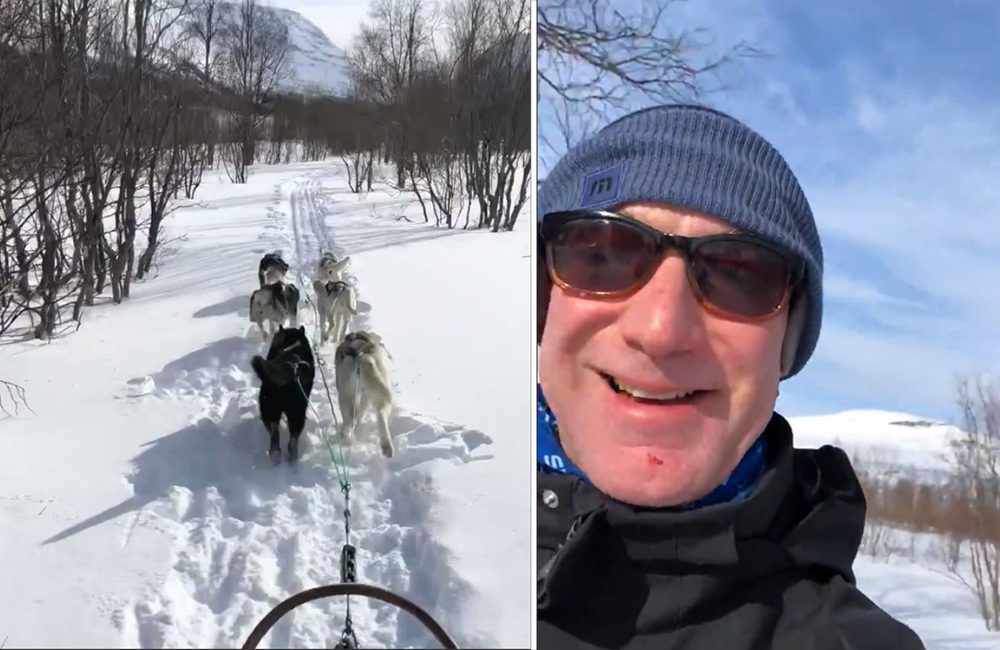 Dog sledding above the Arctic Circle in Norway @JeffBezos / Twitter.co

Bezos talked about going dog sledding above the Norwegian Arctic Circle, saying on Twitter that it inspired him to “go to space to save the Earth.” He said that he believes Earth is the solar system’s “best planet,” and we have “no plan B” to save it.

Robots of any kind are impressive and worthy of a few thousand dollars, but what about a robot dog? They aren’t quite as easy to cuddle up with at night, but that didn’t stop Boston Dynamics from creating the SpotMini. Jeff was pictured with the new dog in 2018. 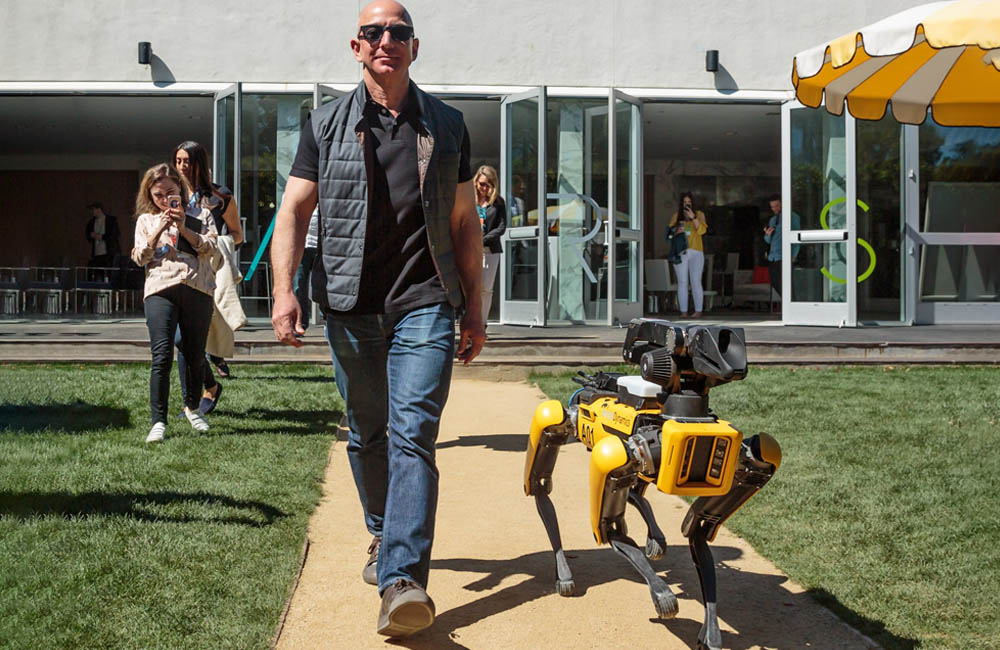 It’s thought that Spot costs around $75,000, but what do you get for that price? Apparently, a 55-pound pooch can race around the garden for 90 minutes before needing to be charged up again. Doesn’t sound quite as fun as Fido, does he?

Jeff Bezos made his public debut with his new girlfriend, Lauren Sanchez, in 2019. He and Sanchez attended the men’s Wimbledon final, which saw a thrilling match between Roger Federer and Novak Djokovic. He and his girlfriend sat right behind the Royal Family during their five-hour viewing of the match. 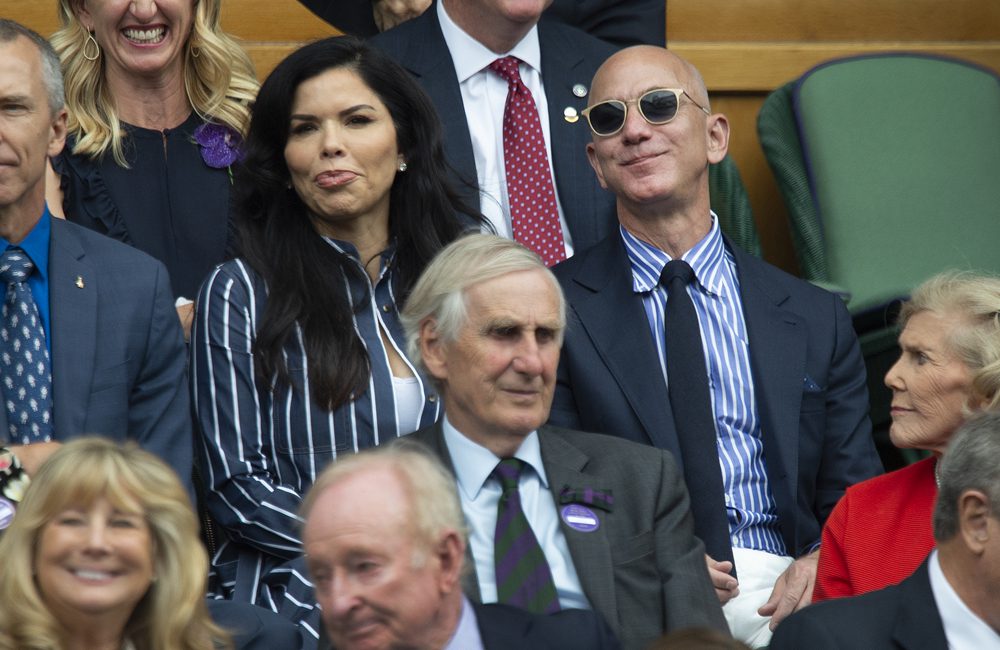 Wimbledon tickets aren’t cheap, especially if you’re sitting in the front row. Celebrities, from actors to musicians to CEOs, have been seen at the famed tennis match, smiling for the camera. Tickets can cost up to $1,300 a day for the best seats in the house, like the ones Bezos and Sanchez had.

Jeff Bezos described his adventure in his Blue Origin New Shepard capsule, which is autonomous and doesn’t require a pilot, as “the best day ever.” The eleven-minute spaceflight included the billionaire and three crew members, one of which was the oldest person to travel to space and the other the youngest. 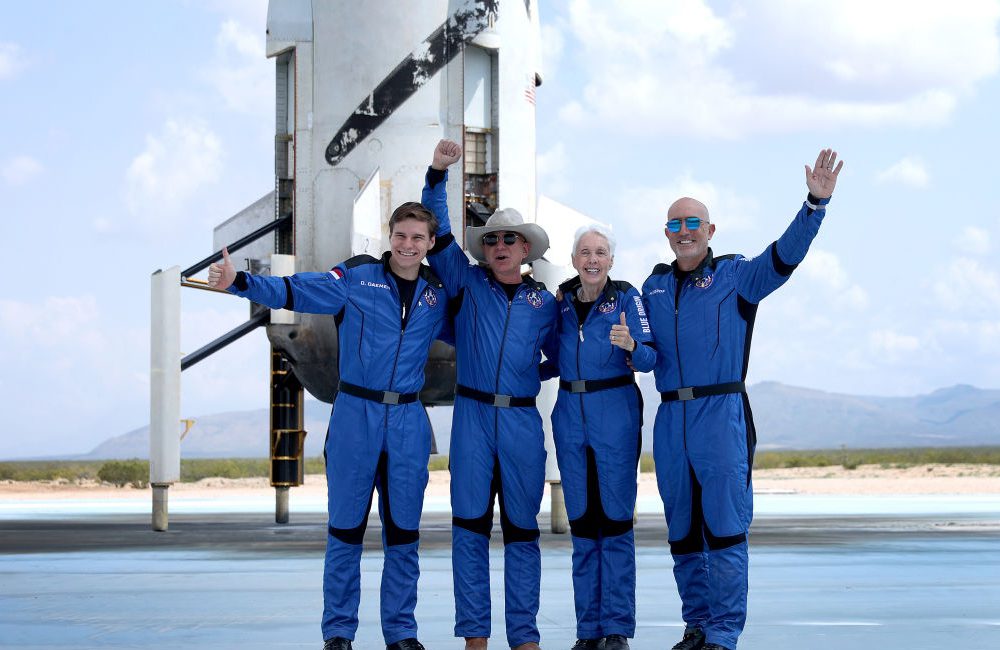 The spaceflight cost $4.4 billion. Bezos’ entire flight was eleven minutes, but he only spent three of them actually in space. The flight wasn’t overly risky, as the New Shepard capsule had never had an accident in fifteen spaceflight tests. Blue Origin was founded in 2000, and, twenty-one years later, Bezos saw the fruits of his company’s labor.

Jeff Bezos recently stepped down from his position as the head of Amazon to focus on his more pressing interests: space travel and eco-friendly energy generation. He’s attempting to achieve the latter through three wind farms which are located in the remote Irish town of Esk, near Balligree. 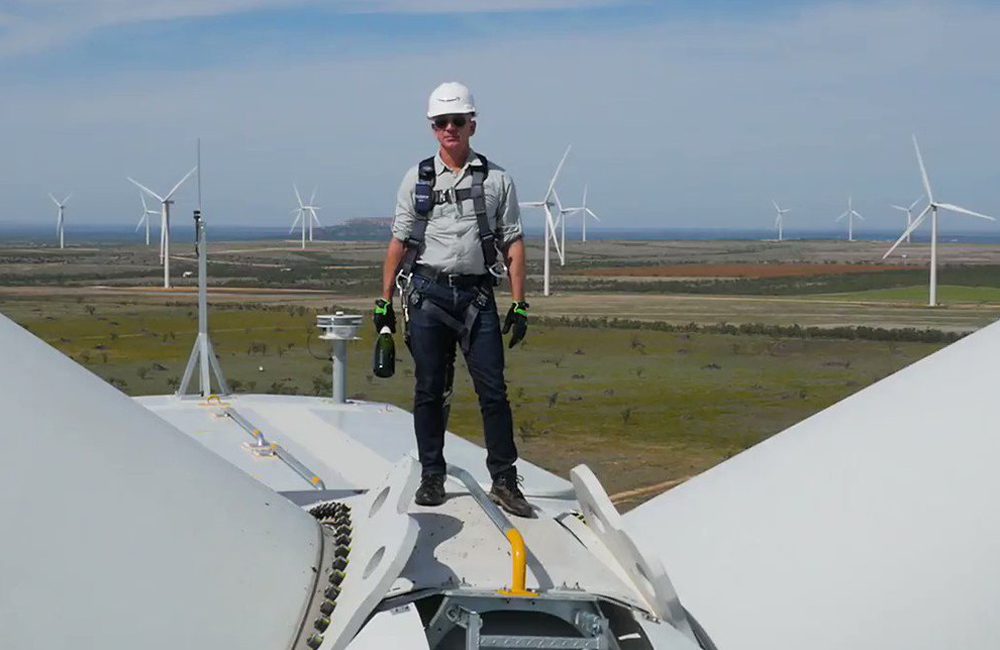 The 23-megawatt farms are the first to be built using all-private funding. Bezos commissioned the windfarms in the hopes of using power to offset carbon emissions that Amazon data centers, also located in Ireland, emit. The first of the three wind farms opened in 2021. The other two are expected to become operational by 2022.

In order to make the huge Amazon campus that he dreamed of, Jeff had to buy the land first. Incredibly, the Amazon campus in Seattle runs across four whole blocks. That’s an incredibly large area of land that would have cost a fortune to purchase. 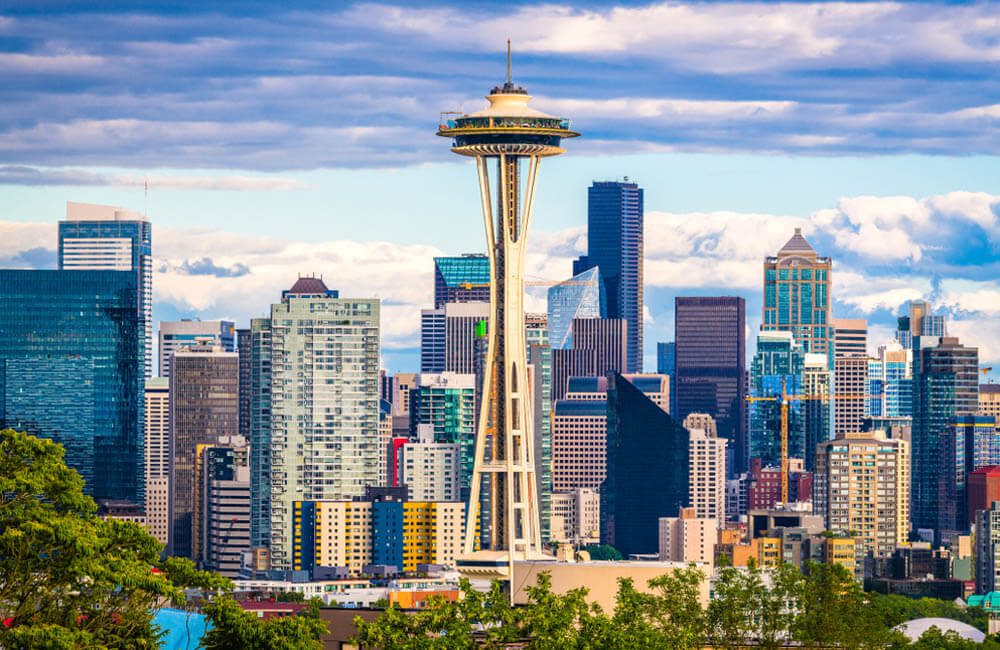 It’s not clear just how much Bezos spent on it, but it would have been an eye-watering amount of money. Still, every tech giant needs its state-of-the-art HQ and Amazon wasn’t about to fall behind when everyone else was racing forward.

Google currently has a market cap of nearly $2 trillion, making it one of few companies to achieve this feat. In 1998, things looked a lot differently for Google. The tech company’s headquarters, run by Larry Page and Sergey Brin, were in a garage in Menlo Park, California. 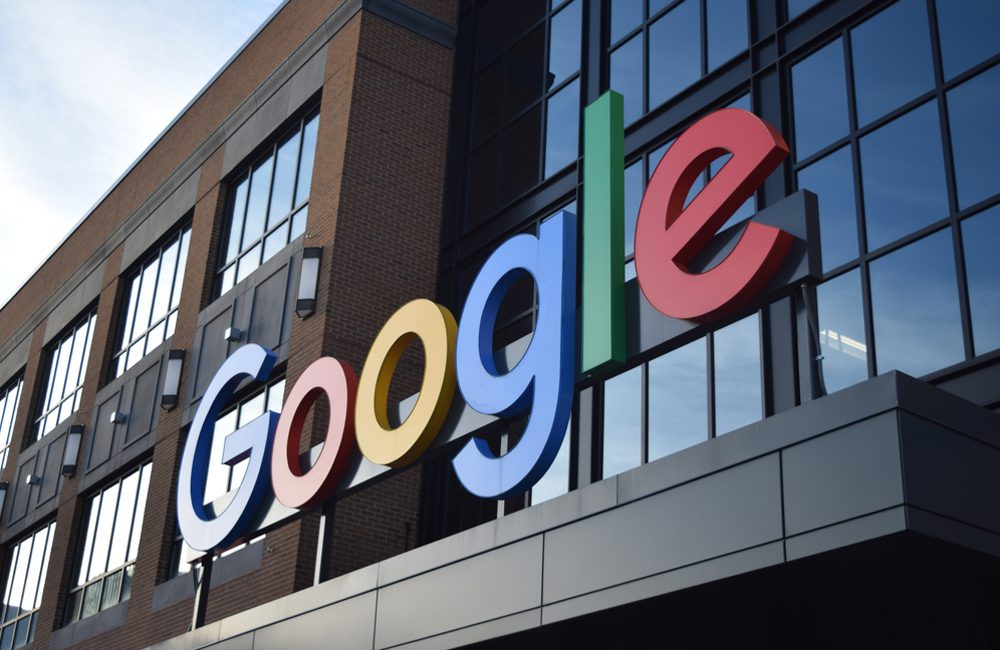 Jeff Bezos saw something in the tiny company, and he invested $250,000 into the venture. The investment in the startup is now up 20,000% today, and Bezos has cashed in on his now 3.3 million shares of stock. These shares are worth over $3 billion today. Bezos’ Google investment is yet another example of how his belief in tiny startups has made him billions.

Though Amazon, as a company, has invested in Uber competitors, Jeff Bezos has his bet on a different horse. The tech billionaire put $3 million into the ride-sharing company, and he watched that investment pay off handsomely. Now, that paltry-seeming $3 million is worth around $400 million. 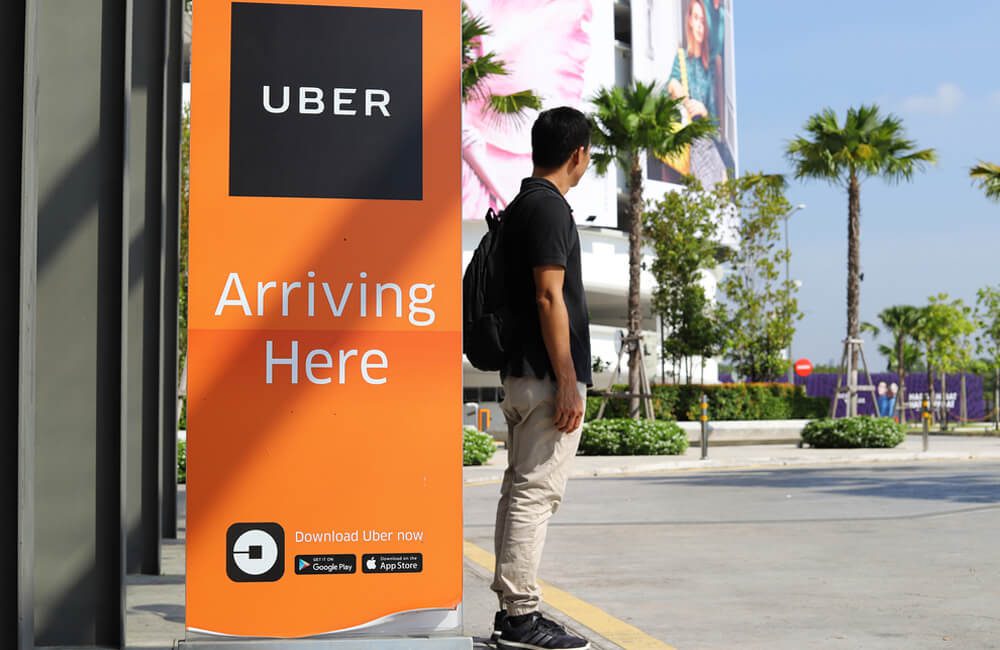 Bezos was one of the first investors in the app. Benchmark invested $30 million, and the company made $7.9 billion from its early investment. Bezos has an eye for good business opportunities, and he definitely placed the correct bet with this multi-million investment. Even Travis Kalanick, the ousted founder of Uber, made $9 billion from his 8.6% stake.

There’s a lot of money to be made in online groceries – and Jeff knows it. He’s been trying to break into the online grocery games since 2007, but despite creating AmazonFresh, it never really became a big player. 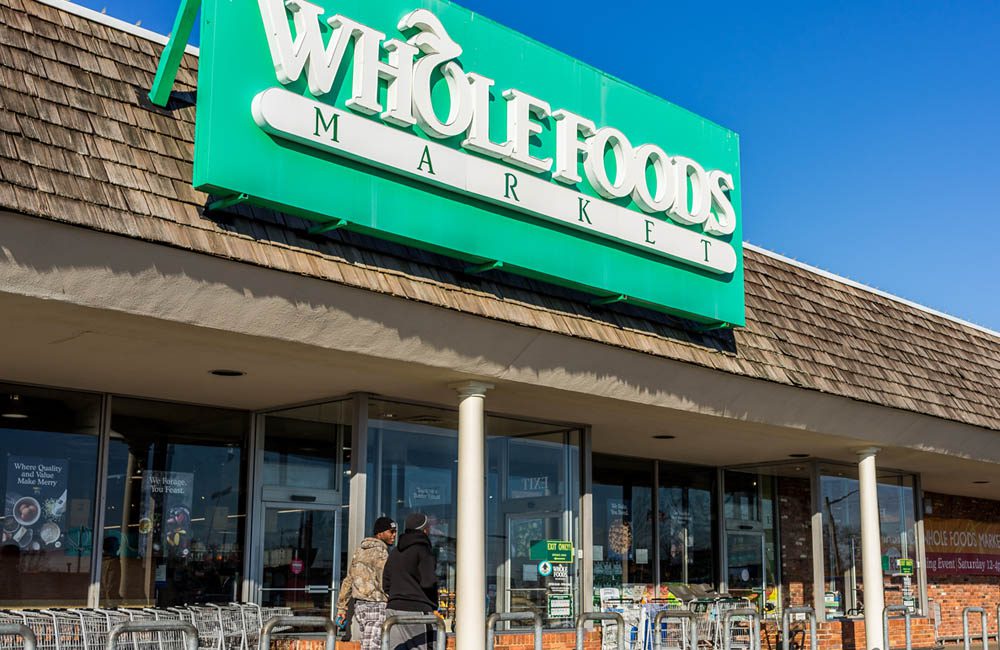 Jeff didn’t give up his dream though, and purchased Whole Foods through Amazon for $13.7 billion in 2017. This certainly helped boost Amazon’s position, but it’s still a big work in progress. Buying a trusted brand, Whole Foods, was a smart move on Jeff’s part and could be the key to future success.

Jeff Bezos has often found himself in the position of accidental fashion influencer. Though he’s not that stylish, people copy what he wears, possibly in the hopes of becoming rich like him. When he went to space in 2021, Bezos picked a cowboy hat and cowboy boots for his journey. 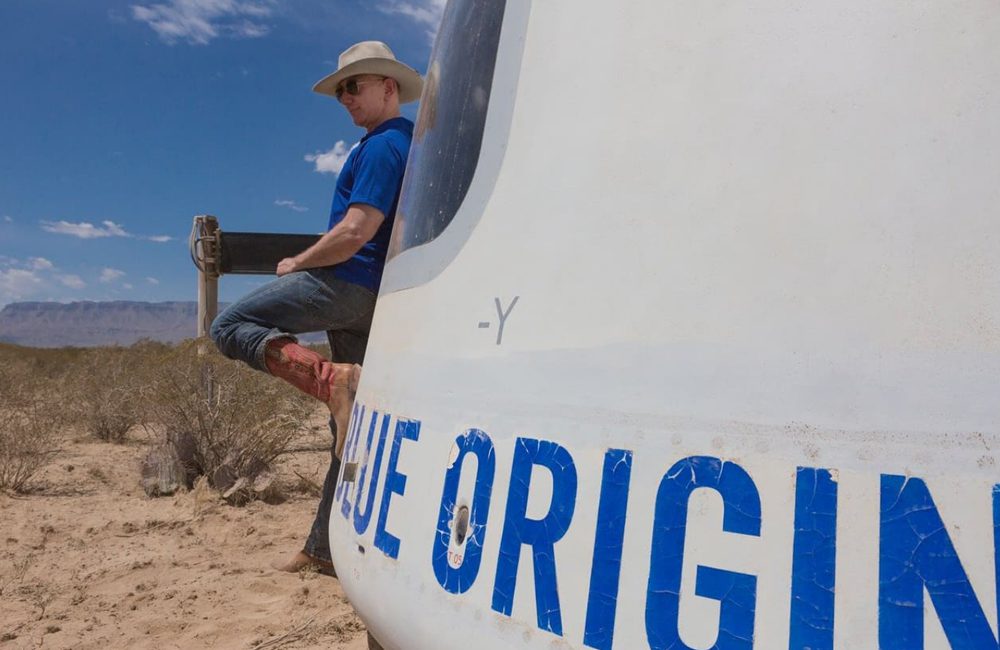 As GQ joked, he looked like a “sci-fi supervillain.” Perhaps the Western garb was a symbol of the new frontier that Bezos is trying to breach: space. The billionaire hopes to relieve some of the climate and ecological tension on earth by relocating people to space. His famous cowboy hat is a Billabong X Wrangler Rancher Wool Hat, and his boots are from the JB Hill Boot Company.

The Saturn V salvage expedition was the recovery of Saturn V rockets that launched during the 1960s and 1970s. Five F-1 engines powered the first stages of the missions to the moon and Earth orbit during the beginnings of the space race. These engines were shed by the boosters during the trip, and they dropped into the Atlantic, where they sank to the bottom of the sea. 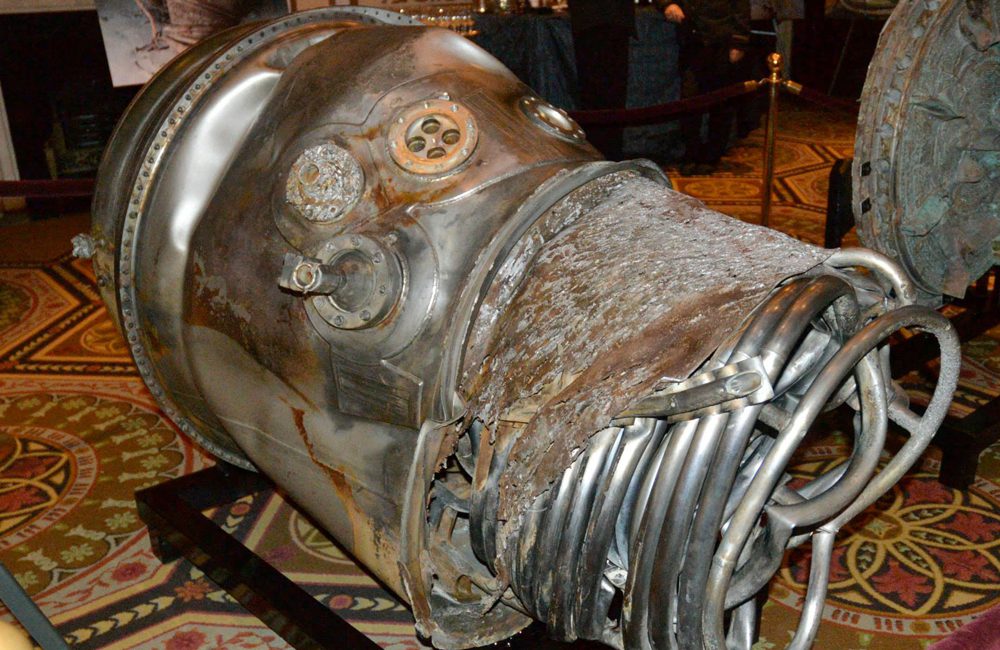 Financed the Recovery of Apollo booster-rocket engines from the Atlantic Ocean ©collectspace.com

The engines were expected to remain at the seafloor where they had been discarded until Jeff Bezos stepped in. He financed the recovery of the Saturn V engines, and he found two of them. He intends to keep searching until the others are recovered.

Year Purchased: 2019
Estimated Value: $80 million for three of them*

Jeff Bezos owns four apartments in Manhattan, but his latest piece of real estate, located in a building where he owns $13 million in property, is one of his most impressive ventures. The billionaire owns four upscale apartments at 25 Central Park West, and he has plans to spend another $80 million on three NYC apartments. 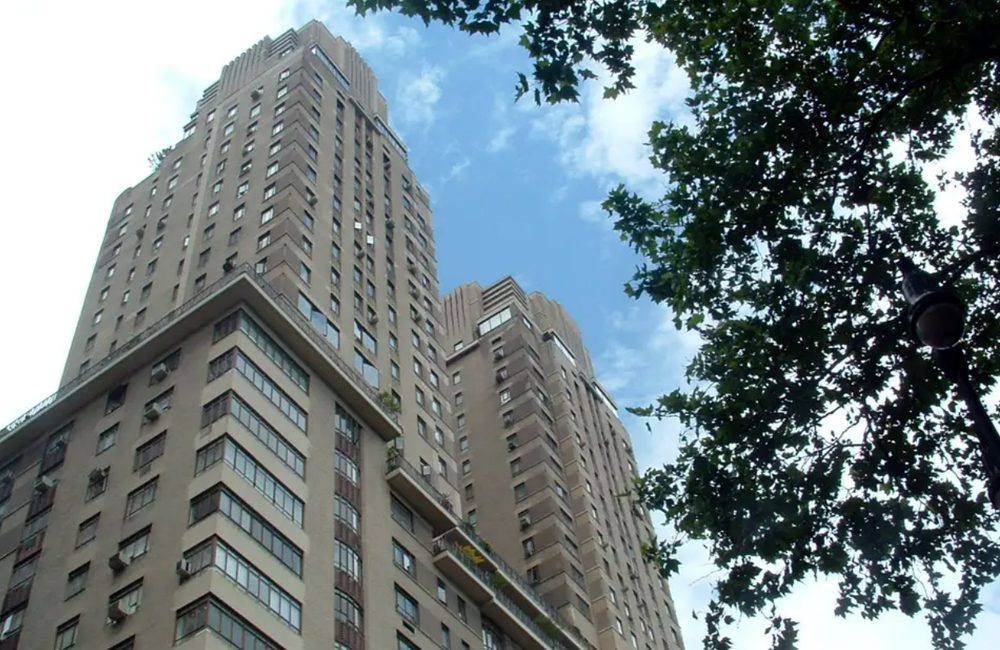 Bezos started apartment hunting in 2019 after his divorce, and, as he is prone to doing, he bought all of the adjacent apartments next to the one he actually wanted. His habit of buying nearby real estate comes from wanting privacy and silence, something most of us can relate to.

The Caribbean is a popular hotspot for celebrities looking to vacation, and St. Barth’s is one of the most-visited locations by famous celebs. Jeff Bezos and Lauren Sanchez were spotted vacationing in St. Barth’s in 2019. They even took a trip on Rising Sun, a superyacht owned by David Geffen. 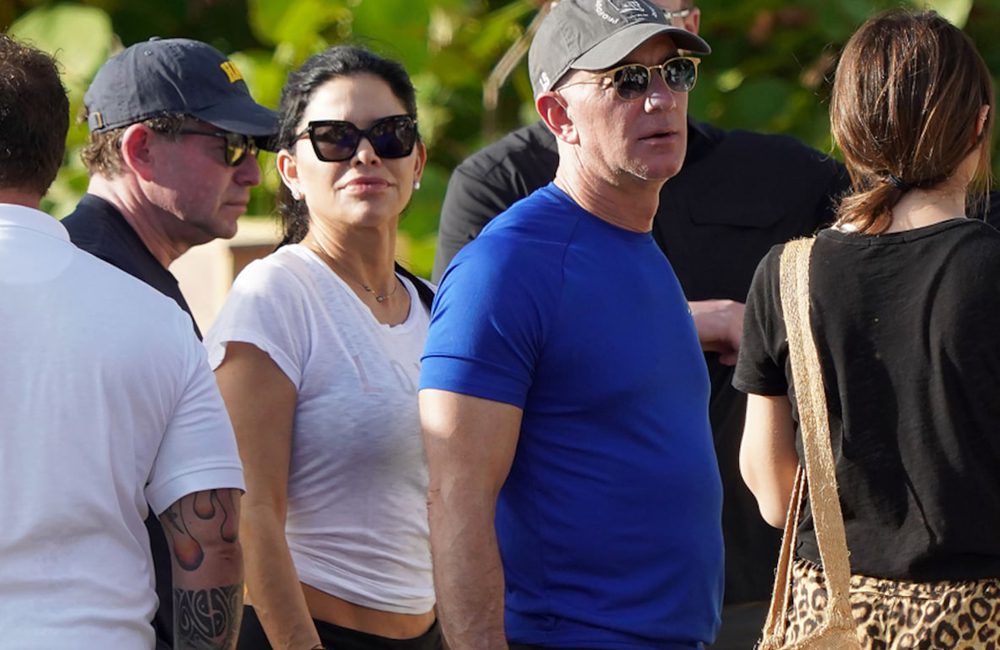 The couple went with a group of other people, including Dasha Zhukova, a Russian businesswoman, and her friends. Since becoming an item a year before their St. Barth’s vacation, both Sanchez and Bezos finalized divorces from their exes. Their $600 million yacht vacation took place just a couple of days after Sanchez’s birthday.