There are many reasons why someone might consider their car a classic, but that doesn’t mean it is one. A classic car will have left its mark on the automotive world through its style or parts. It should be (at least) a few decades old, and there shouldn’t be hundreds of thousands of them out there.

If you’re a fan of cars from before the Golden Age of television or those similar to what Danny Zuko and company turned into “Greased Lightning,” stop waiting for your Uber driver to show up in a Ferrari and have a look at some of these expensive classic cars instead.

The “Silver Arrow” moniker from Mercedes Benz was developed in 1934. The year marked a new era in racing, and the automaker decided to use silver as a color to set their vehicles apart. The concept stuck, and Silver Arrows were produced for decades, dominating race tracks around the world. 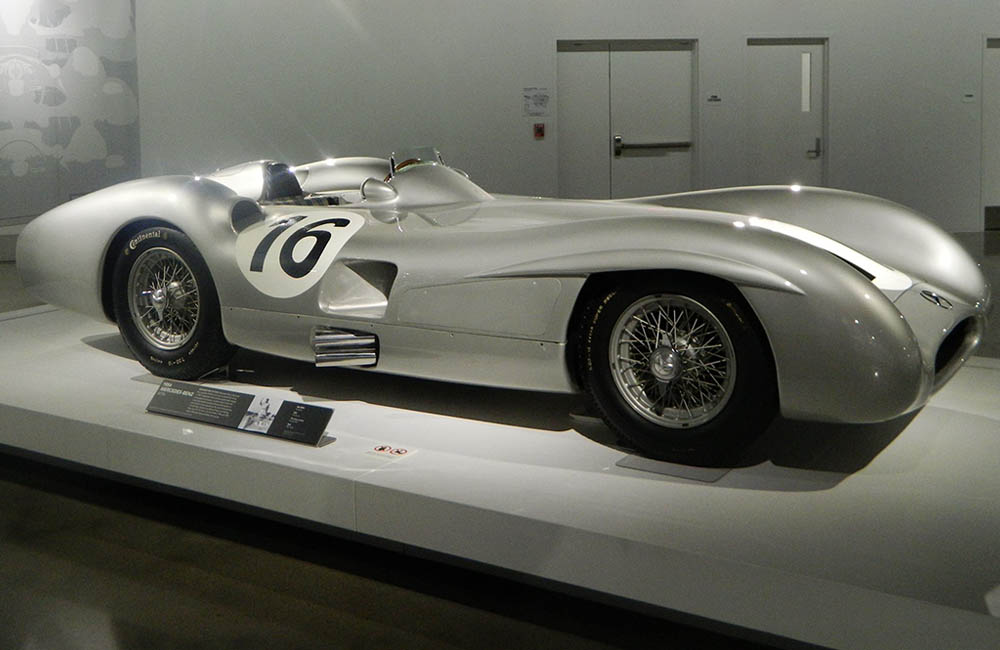 In July of 2013, a 1954 W196 F1 Silver Arrow, driven by Juan Manual Fagio, sold at auction for $31.6 million, setting a new auction record. The 1954 W196 Silver Arrow marked Mercedes’ triumphant return to racing after a fifteen-year absence. The Silver Arrow won both the World Sportscar Championship and the World F1 title with this speedy little car.

As mentioned, the Type 41 Royale is one of Bugatti’s biggest successes. The vehicle, which was produced between 1927 and 1933, was a rare beauty. Only seven were made, and just six of those seven exist today. Originally, Ettore Bugatti wanted to build twenty-five Type 41s, but the Great Depression hit, putting a dent in even the wallets of European Royalty. 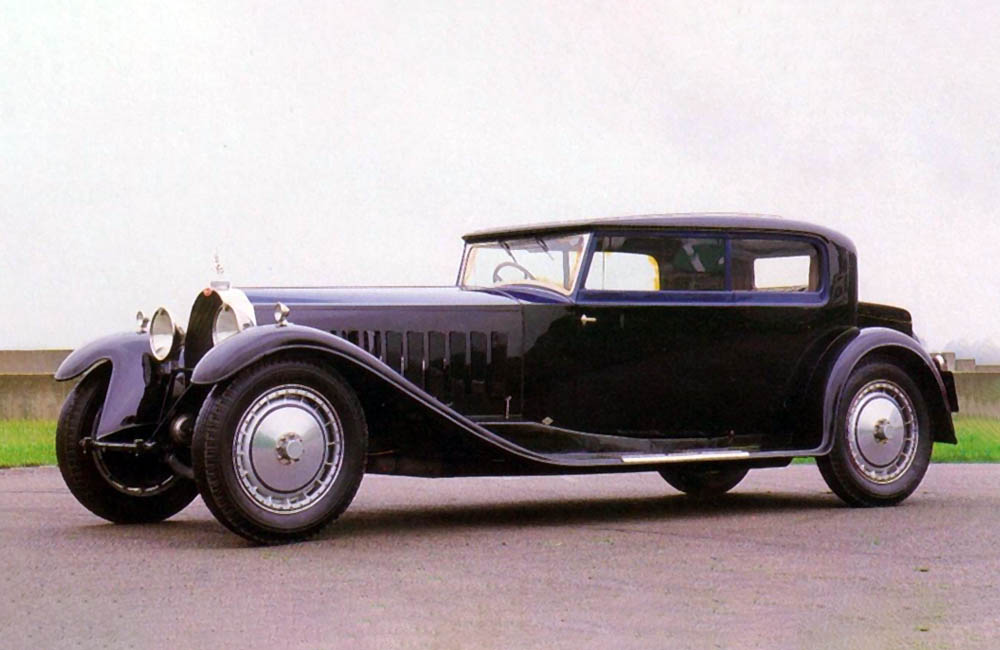 The Kellner Coupe, numbered 41141, was also owned by Briggs Cunningham. Currently, ownership of the Kellner is unknown. Swiss broker Lukas Huni has shown the car in previous years, but it is unclear if he owns it. The last sale was in 2001 when Meitec Corporation sold the Kellner to Bonhams & Brooks for $12.49 million ($20.39 million in today’s money). 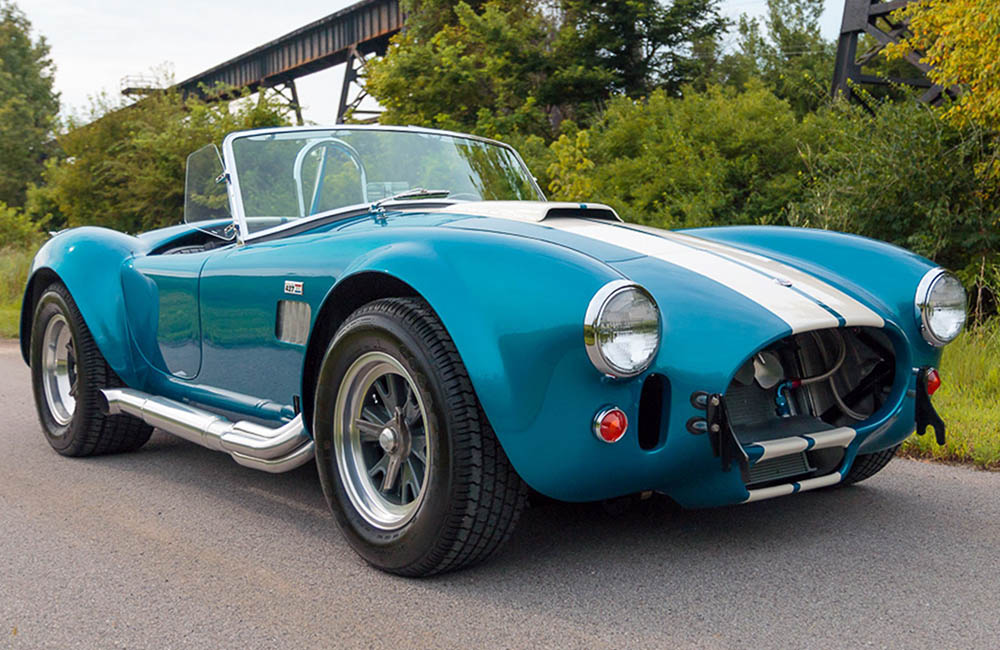 Though most of these vehicles sell for under a million dollars, there are some that are so unique, they sell for far more. a 1965 Shelby 427 Cobra owned by Carroll Shelby himself sold for $5.49 million at an auction event in Kissimmee, Florida in 2021. Only twenty-three of these 427s are left.

There have been tons of debates about what constitutes a true American sports car. The 1971 Hemi Cuda Convertible, made by Plymouth, is a strong contender for the title of “real American muscle.” Only twelve Cuda Convertibles got a Hemi engine in 1971, and, of those twelve, just seven were sold in the U.S. The rest went overseas.

In 2021, a super-rare ’71 Cuda Convertible went up for auction. It was one of three with an A833 manual transmission, and it was the only model to be painted Winchester Gray. It sold for over $6 million, making it one of the priciest muscle cars ever to leave the auction block.

Unveiled in 1954 at the G.M. Motorama, the Pontiac Bonneville Special is a concept car. It was, originally, the first two-seater sports car prototype ever produced by G.M. It was designed by Harley Earl, a renowned car architect. Paul Gilland and Homer C. LaGassey Jr. built the Bonneville Special by hand. 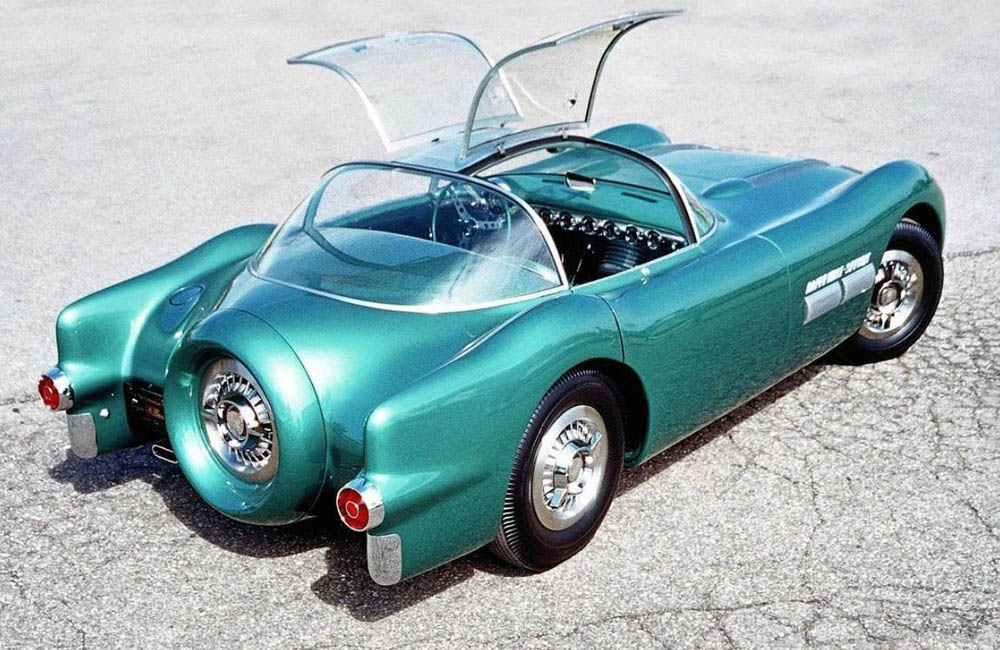 The design was very “Space Age,” copying the fascination with futurism that a lot of people held at the time. The Bonneville moniker was inspired by a trip that Harley Earl took to Utah to observe speed trials there. In 2015, the concept car sold for $3.3 million at a Barrett-Jackson auction.

Only twenty of these L88s were ever made, so it’s no surprise that some have sold at auction for $4 million. The 1967 Chevrolet Corvette L88S Coupe was made for racetrack performance. The Manual described this car as the “rarest ‘Vettes” in the world. Fifty years later, only a trio of L88s still have their original engines under the hood. 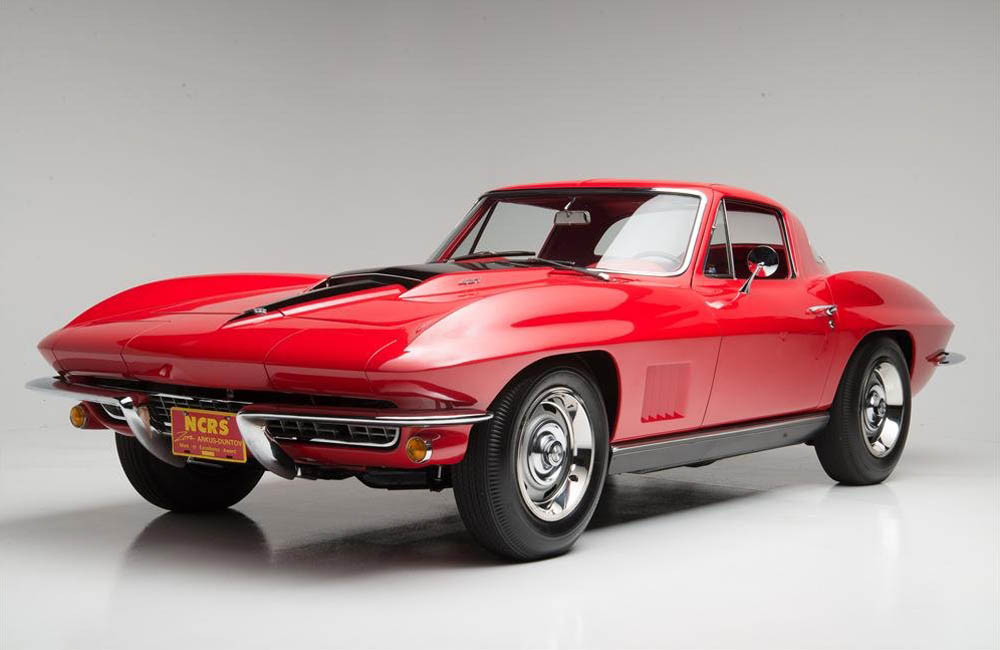 According to Chevy, the power output was between 540 and 580 horsepower. This let the stock L88 run a quarter mile in the eleven-second range, which was pretty impressive at the time. At Le Mans, this ‘Vette got a top speed of 171 miles per hour.

The 1966 Shelby 427 Cobra Super Snake was made for Carroll Shelby, and it was the most powerful sports car Shelby and Henry Ford ever built. The Super Snake was one of just two built. Now, there is only one left in existence. The other, owned by Tony Maxey, perished years ago when Maxey drove it off a cliff into the ocean. 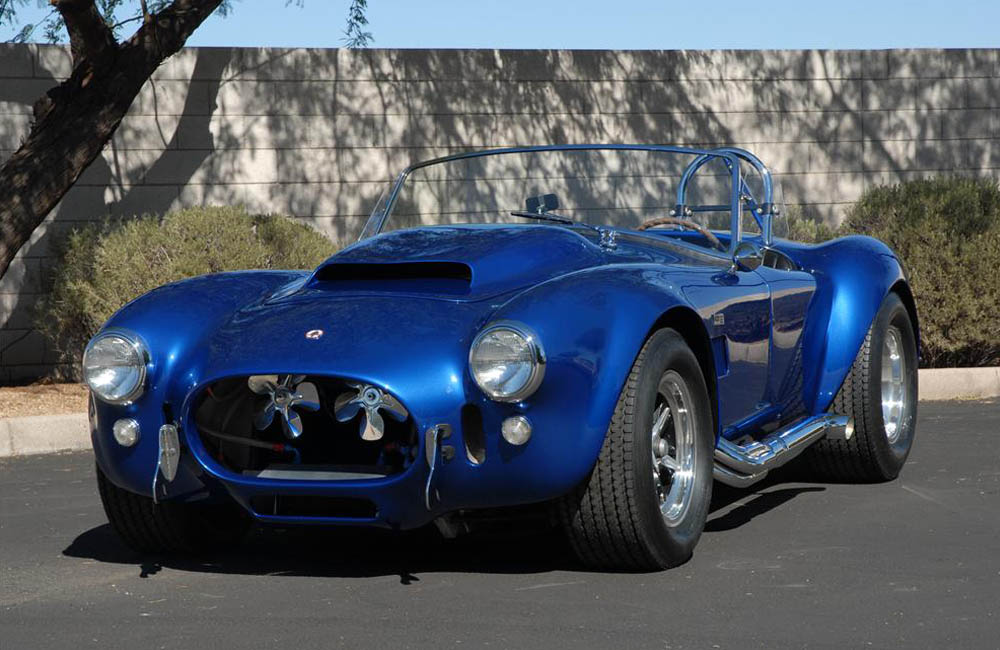 In 2021, the Cobra Super Snake sold for $5.5 million. Its price is high, not just because of its rarity, but because of its performance. Under the hood, this vehicle has a 427CID, 800-horsepower twin Paxton supercharged engine with a three-speed auto transmission.

The Cobra has made this list a few times, as its variants tend to sell for millions at auction. The AC Cobra, sold in America as the Shelby Cobra, was undoubtedly one of the most important sports cars in American racing history. The CSX2000 was legendary, and it was the first Shelby Cobra ever made. 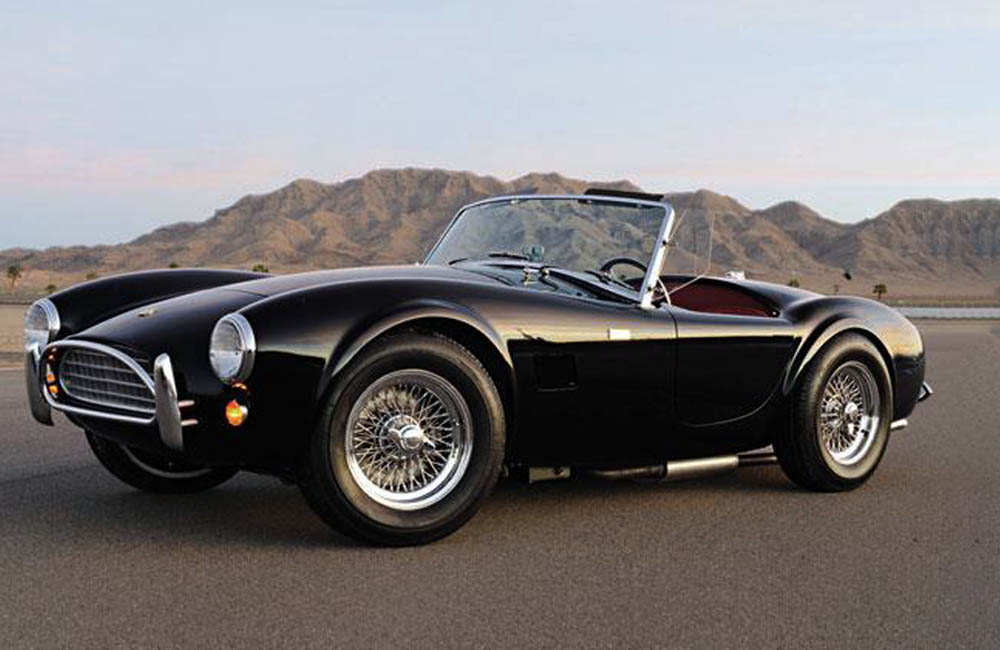 Sotheby’s sold this CSX2000 for $13.5 million in Monterey, California, and it was part of a lengthy battle between Carroll Shelby and Enzo Ferrari. According to Shelby’s biography, the automaker and racer’s blood “boiled” at the thought of Ferrari bending FIA regulations to unfairly sway the competition his way.

Built in the 1950s, just nine 450S vehicles were ever built. The Maserati 450S was designed to participate in the FIA’s World Sportscar Championship, a lengthy endurance race. In 1954, the Tipo 54, as it was known, was developed by Guido Taddeucci and Vittorio Bellentani. Though it was shelved a year later after a terrible Le Mans crash, the project began again in 1956. 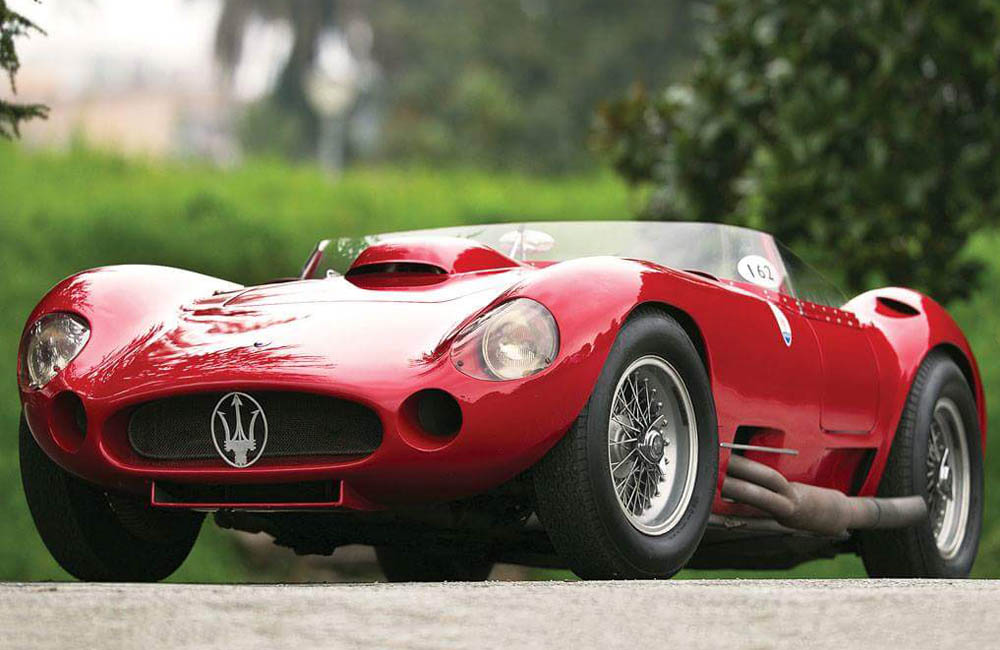 The prototype debuted at the Swedish Grand Prix in 1956. It had a few shortcomings, but, overall, the performance was impressive. In May of 2014, the 1956 Maserati 450S Prototype went up for auction in Monaco, with an estimated value in the millions.

The Horch 853 was a cabriolet produced by Horch, a German automaker that was founded in the early 1900s. The 853’s history is somewhat mysterious. During the war, Allied bombers destroyed a Horch manufacturing plant and, with it, all documentation about the vehicle. The Horch 853 was seized by the French government. 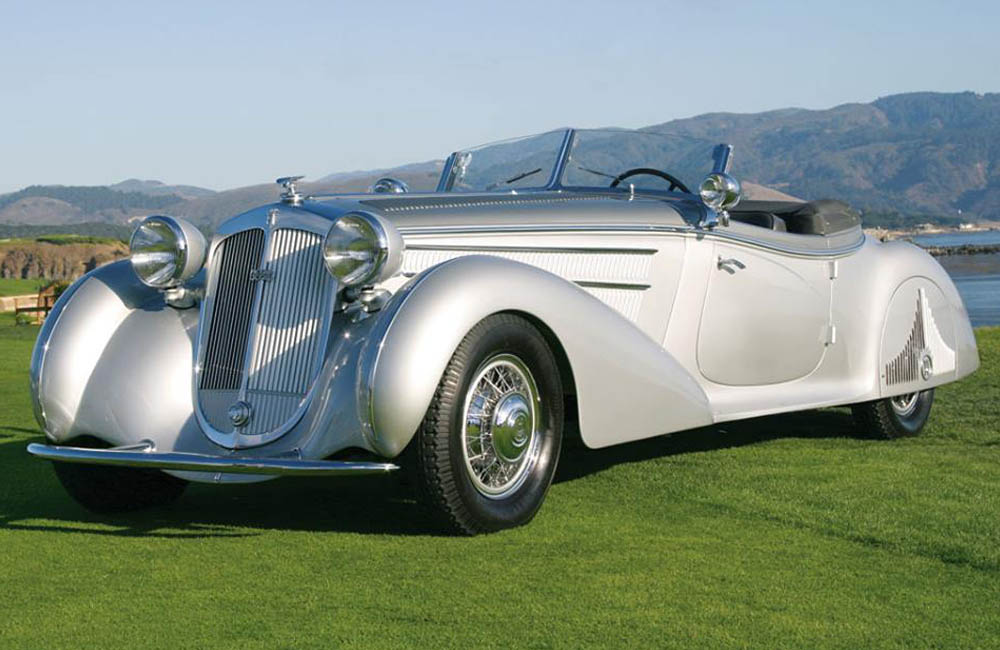 It fell into the hands of Jean de Lattre de Tassigny, a French Army Marshal. After WWII, the 853 was taken to Switzerland, and it has changed hands throughout the years, undergoing multiple restorations. In 2012, a 1939 Horch 853A Special Roadster sold for $5.17 million at a Sotheby’s auction.

According to Classic.com, the average market price of a Talbot-Lago is $1.43 million, though some models, such as this one, sell for far higher. Talbot-Lago was a French carmaker that was based in Paris. Antonio Lago founded the business in 1916, though it went defunct in 1959. After WWII, Talbot-Lago became known for its large and luxurious passenger cars and high-performance racers. 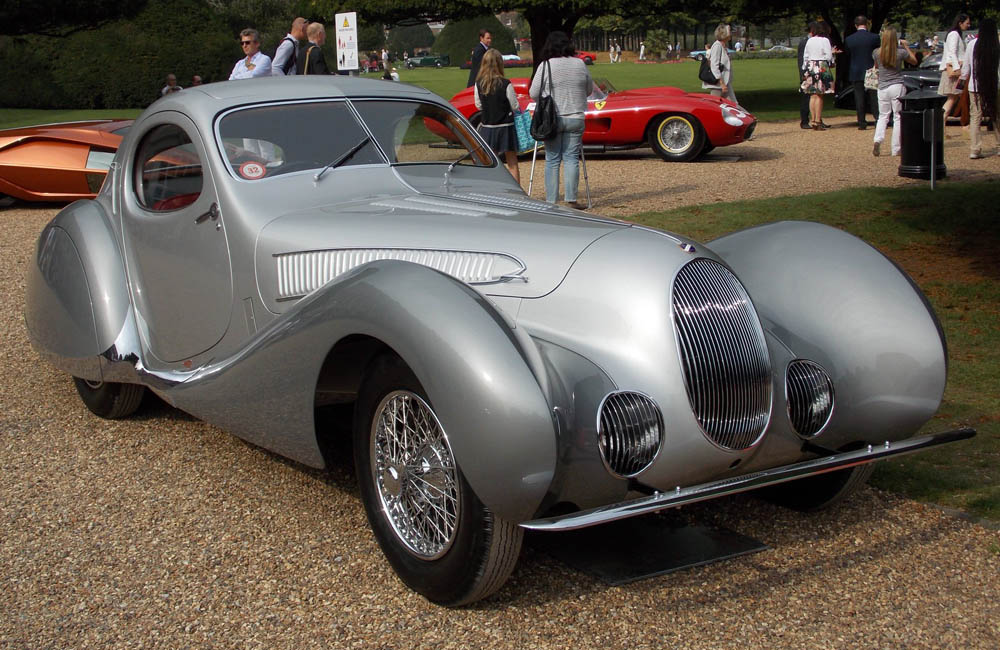 Despite this reputation, the automaker had trouble finding customers and paying its bills. The company is gone now, but vehicles like the T150-C SS, with its unique design, have managed to do well at auction. According to Sotheby’s, the curved chassis of this vehicle was its designer’s “greatest achievement.”

In 2013, a 1967 Chevy Corvette L88 Stingray Convertible sold for $3.2 million at auction, setting a then-record for the American automaker. For those who aren’t familiar with Chevy, the “L88” moniker was the RPO code for the Chevy engine that became an instant overnight hit (until the aluminum 427 ZL1 eclipsed it in 1969). 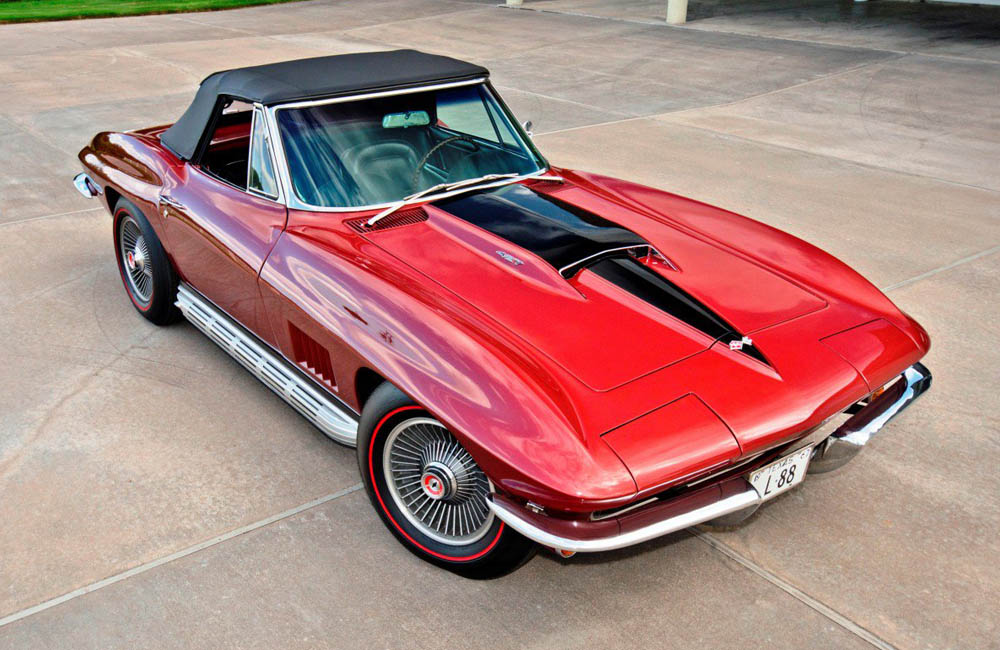 The L88 was actually pretty affordable, and customers could buy a short-block or complete engine over the counter. The Stingray, one of the most famous sports cars ever produced by Chevy, allowed customers to utilize the L88 option. Now, Stingrays have 6.2-liter V8s under the hood.

As mentioned, Hemi Cudas sell for a lot of money at auction. The 1970 Hemi Cuda Convertible had an estimated value of over $3 million. Between 1969 and 1971, Dodge put the massive Hemi engine into a small E-bodied platform. Of all the Cuda Convertibles, the 1970 model is one of the most sought-after. 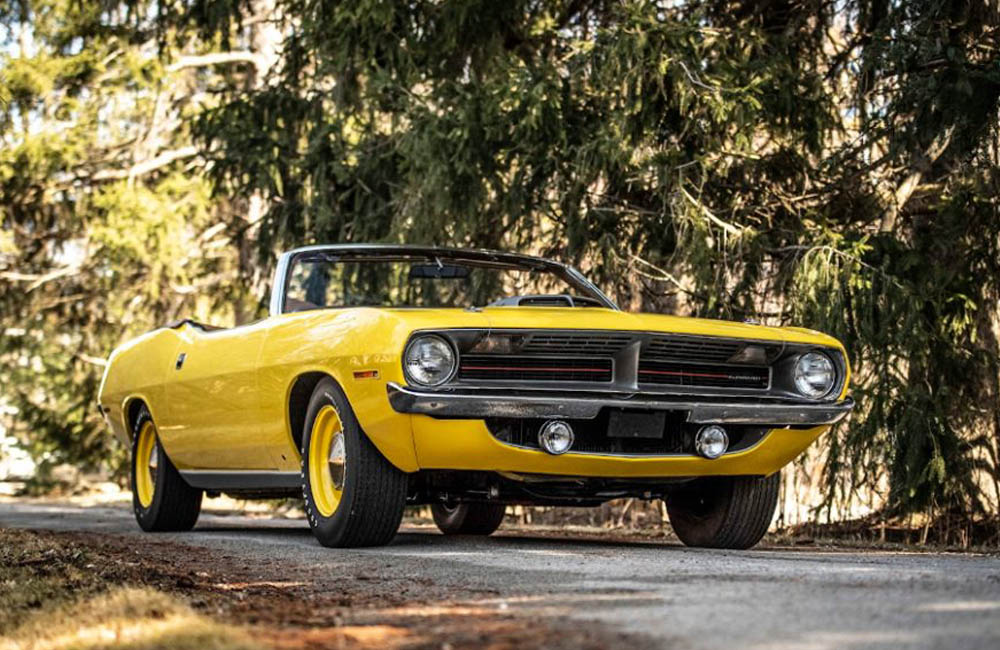 So, why have Hemis become so well-known over the years? They have a unique design with less surface area. This means there is less heat loss, allowing the engine’s peak pressure to be higher, making the engine more efficient. The Hemi also has large air valves, which helps to increase power.

The 1956 Ferrari 250GT Berlinetta “Tour de France” had only nine models, the second of which sold for $5.72 million at auction a few years ago. The 250 was a successful line of GTs and sports cars, and this “Tour de France” car got its name after competing at the race. Carrozzeria Scaglietti handled the construction, and the design was based on work by Pinin Farina. 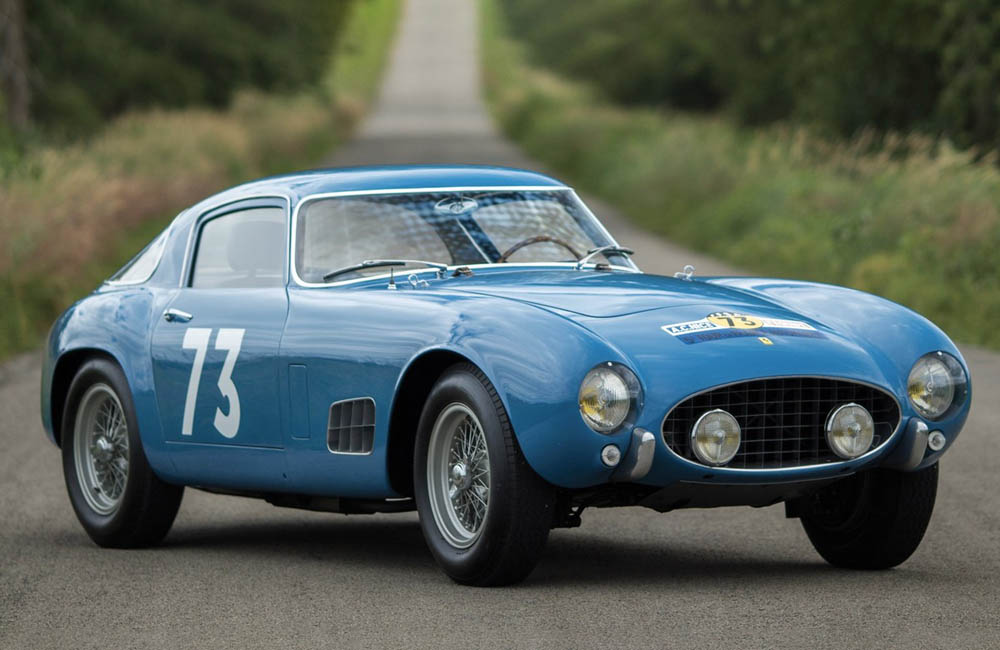 In 1956, 1957, and 1958, the Berlinetta won the Tour de France. All in all, there were four Berlinetta 250GT series produced, and, in 1956, Ferrari built the first customer car, leaving production up to Scaglietti.

49 Bizarre & Valuable Discoveries Found In Unexpected Places
We’ve all made some unexpected discoveries before. Maybe you found $20 in a coat pocket you didn’t use, or you stumbled upon a surprise family heirloom in your basement while cleaning. Just like your findings, the discoveries on this list all came by surprise. They range from weird to invaluable, encompassing everything in-between. Many of […]
70+ Essential Survival Projects You Should Build ASAP
There are a lot of reasons why someone would want to attempt the projects on this list. All of the how-tos here have to do with survival, whether they involve building shelter, growing food, camouflaging rain barrels, or another vital skill. In a survival situation, these DIYs will definitely come in handy. No matter whether […]
40 Things That Every House Had In The ’70s That No One Sees Today
The 1970s were a colorful time in American history, both figuratively and literally. If you grew up in this era, then you remember that the ‘70s were famous for the rise of disco and bell bottoms. You also know that this era was full of cultural change, technological innovation, and, as with any time in […]
The Strangest Places in the World to Visit
It’s no secret that tourism boosts the economy of many countries around the world. Idyllic sights like the Niagra Falls or Paris’ Eiffel Tower are well-known and certainly well-visited, but what about the path less traveled? The globe boasts over 510.1 million square kilometers of untold beauty, ancient sites, and natural wonders.  Next time you […]
Advertisement