Large companies are constantly going through brand makeovers. Sometimes, it’s hard to keep track of all of the tweaks a brand makes to its logos and titles. In today’s rapidly changing world, companies across all industries have to make changes to their image to keep up, whether subtle details or entire overhauls.

Many of these changes have become the norm over time, rendering their past iterations completely unrecognizable. For example, did you know that Twitter’s iconic blue bird logo was originally a plain green text logo? Here is a list of brand transformations that reveals things about individual companies’ histories.

What once started as a small London-based company dealing with products such as antiques and oriental seashells, became one of the world’s leading oil companies. In 1907, the Royal Dutch Petroleum Company merged with Shell Transport and Trading, and is now what is known as Shell today. 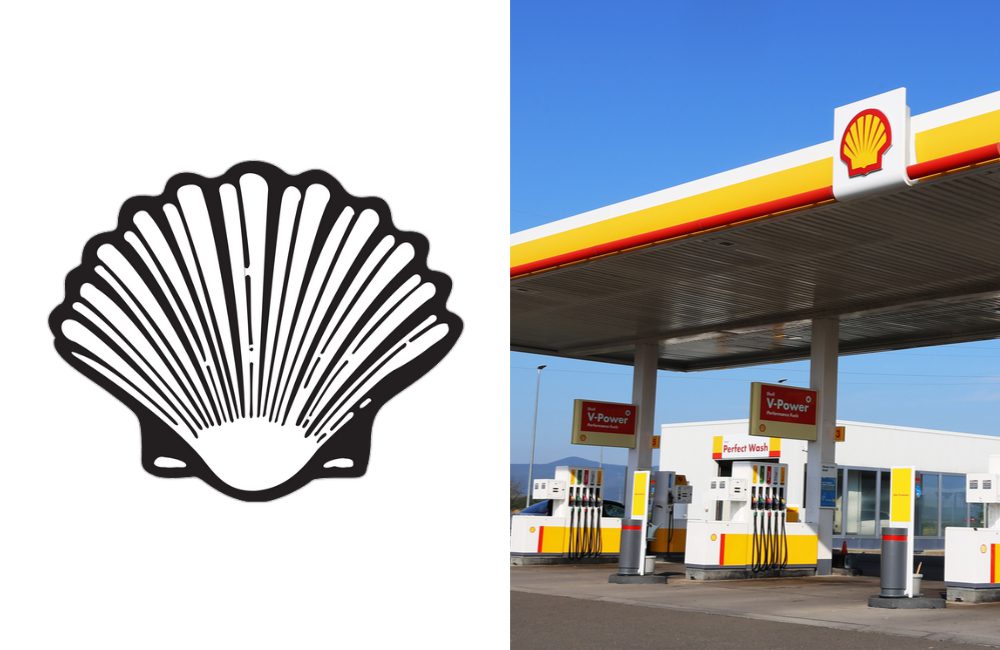 The initial logo of the business in 1900 was a mussel, which then morphed into a scallop shell by 1904, where the official corporate Shell name was established to pair with its new logo. It wasn’t until 1948 that the iconic red and yellow corporate color scheme was introduced to the logo, but it has stuck ever since. The shell emblem has become so widely recognized that the brand removed its name from the logo in 1999.

Dayton Dry Goods Company was the name of what we know of as the Target Corporation today. In 1902, New Yorker George D. Dayton planted his business in Minneapolis, as the Midwest markets were expanding at the time. After his death in 1938, his son and grandson took over the company, turning it into a nationwide retailer. 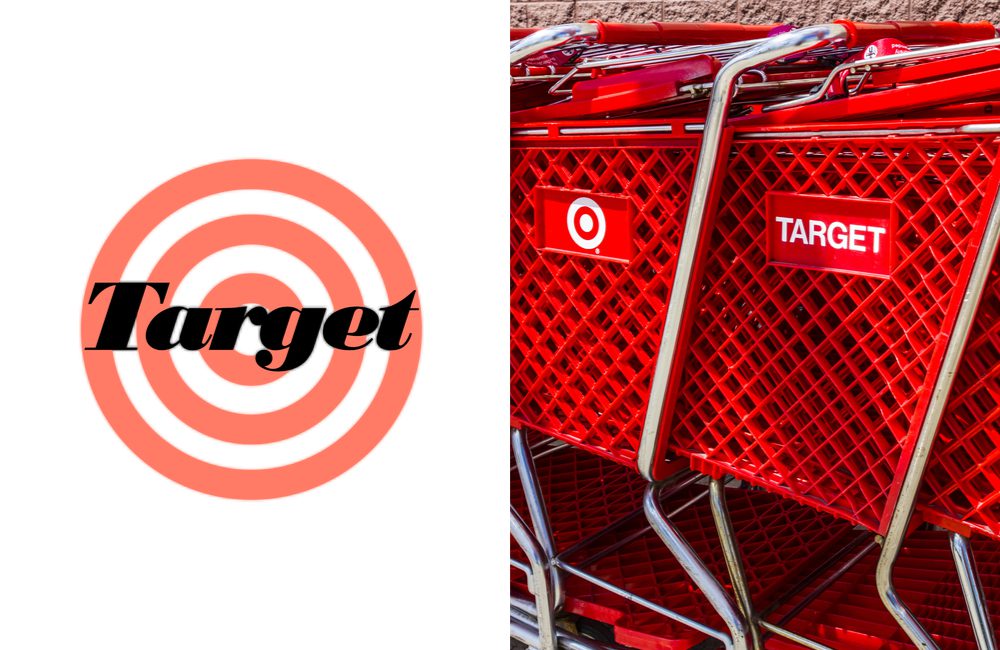 The target bulls-eye as we all know it today didn’t emerge until 1962 after the very first Target store opened as a discount chain store and supermarket. The highly established red and white bulls-eye was originally created to represent the brand’s effort to hit the center of it, by providing top quality services, prices, values, and experiences.

Microsoft is known to be one of the most innovative and technologically sophisticated companies to walk this planet. It was the “it-girl” of software in its heyday and is still excelling in the tech sector. Founders Bill Gates and Paul Allen are also credited for creating the original groovy logo. 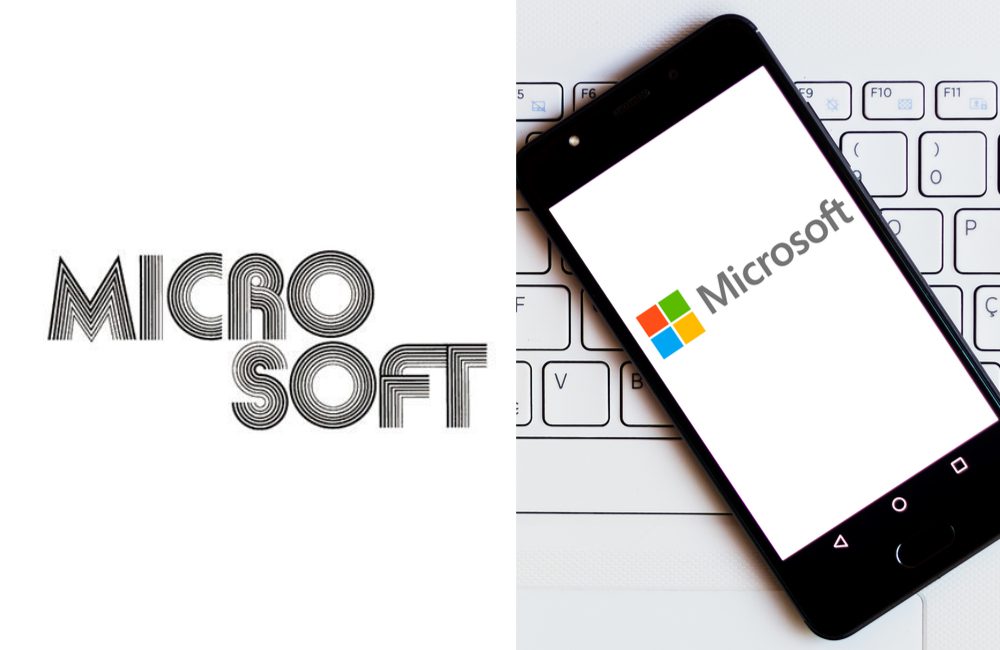 Many of the Microsoft logo revamps reflect the personality of the decade. The company launched Microsoft Windows in 1984 with IBM included in that effort. The colorful four- squared Windows emblem entered this world in 2012, which is now engraved as the official Microsoft logo today.

In 1886, Dr. Pemberton created one of the most widespread concoctions known to history. Coca-Cola has been both an American and international staple in the beverage industry since its establishment in the mid-1800s. It wasn’t until after Pemberton’s bookkeeper, Frank Robinson, both named the product and contributed to the original iconic logo design that the soda became a part of daily life. 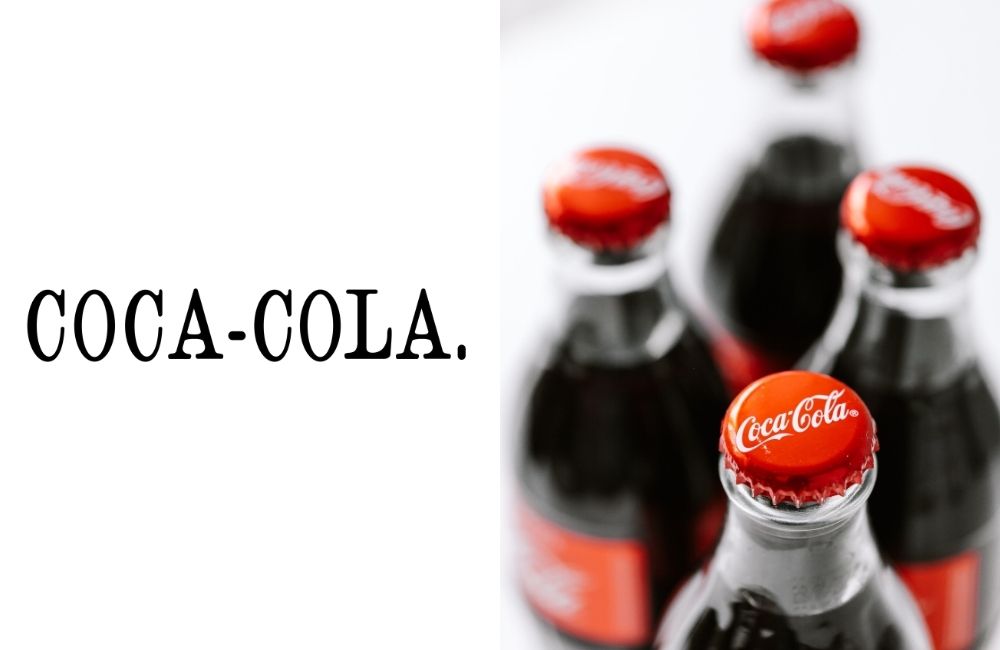 Since Coca-Cola’s beginning, the recognizable flowy writing has remained a consistent feature throughout the brand’s evolution. It wasn’t until the early 1900’s that the bright cherry color became permanently immersed in the brand. The company has undergone several periods of brand remodeling, especially during large campaigns, including the well-known 2013-2014  “Share a Coke” campaign, where hundreds of names were imprinted in the Coca-Cola font on the bottles.

You may remember playing with your Legos as an integral part of your childhood growing up. LEGO, short for the Danish words, “leg godt”, translates to “play well”. From the start, this widely-loved toy brand has been cemented into our memories as a conduit of creativity, and a source of pain when you step on one! 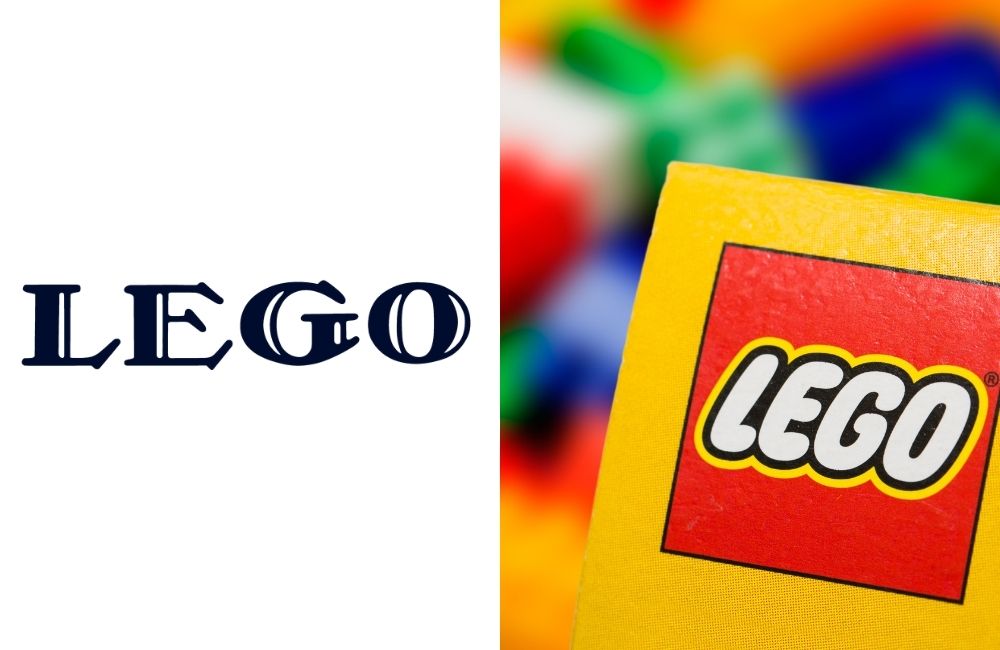 Shifting from black to red, the ink work of the logo took a major turn after experiencing some confusion from consumers about what the company colors were. In 1955, the brick-shaped red and white logo became a new symbol for the brand. The vibrancy of colors further helped to establish LEGO as the dominating toy icon that it still is today.

The golden arches were not always part of the plan when the McDonald brothers grew their minuscule burger joint into the leading global fast-food franchise, with over 36,000 restaurants located in over 100 countries. After their small burger restaurant was discovered and taken over by businessman Ray Kroc, the brand began to quickly imprint its arches all over the world, from small towns to major cities. 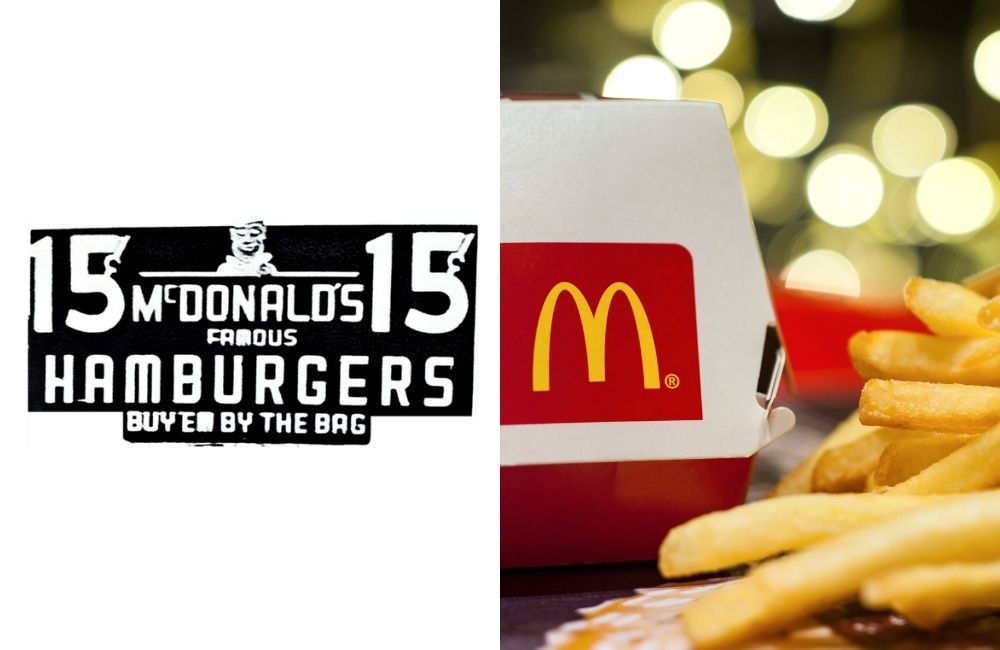 The arch design wasn’t established until the mid-60s after Kroc changed the logo design to resemble the arch-like structure of the original restaurant facility. The logo has still undergone several tweaks since then, but the arches remain as an everlasting reminder of how the burger chain is a worldwide franchise that represents the heart of American fast-food culture at its best.

Ten years ago, no one could have imagined that scrolling through feeds of friends and family and celebrities would become a big part of our daily life. Instagram, one of the most widely used apps to ever be created, has definitely experienced brand revisions over the decade. Although many of you may be unaware, Instagram has had at least three major brand logo changes, contrary to what many believe or can remember. 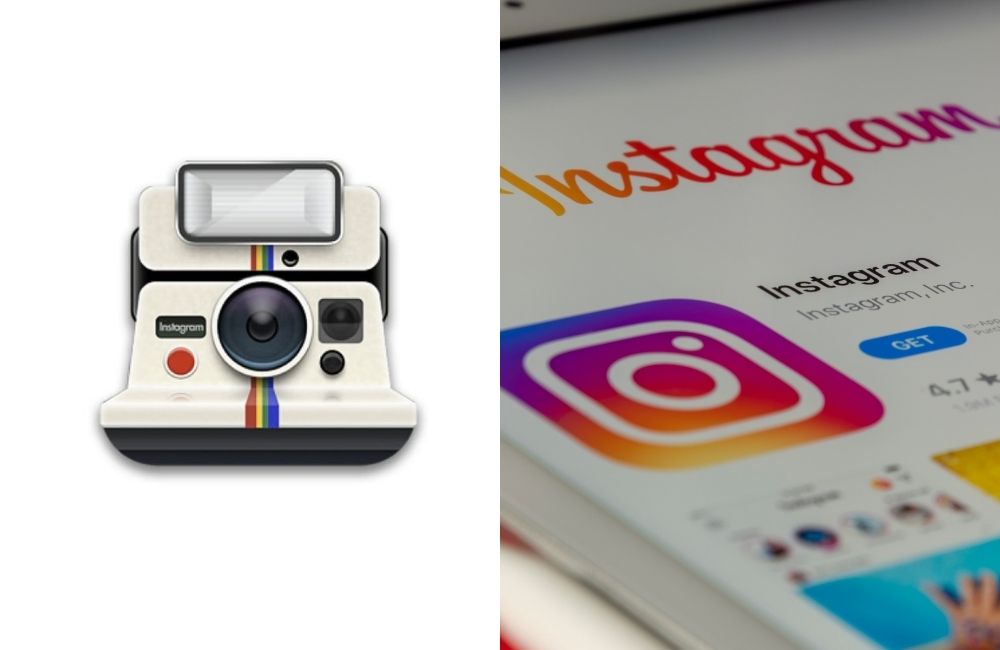 Kevin Systrom, the CEO and co-founder of the widely popular app, designed the original logo to be a polaroid camera, with a rainbow stripe vertically down the middle. However, once realizing the irrelevance of the polaroid to the app, the logo was then changed by the company. Its multicolored gradient look displays the simplicity and vibrance that represents the social media phenomenon in a nutshell.

Aside from resembling the Olympic rings, the four linked Audi rings are one of the most well-known car logos in the automobile industry. The extensive history of this car emblem dates all the way back to its origins in 1899 when August Horch built his first car and shortly left his company to create “Audi”, which is the Latin translation for his already trademarked name, “Horch”. 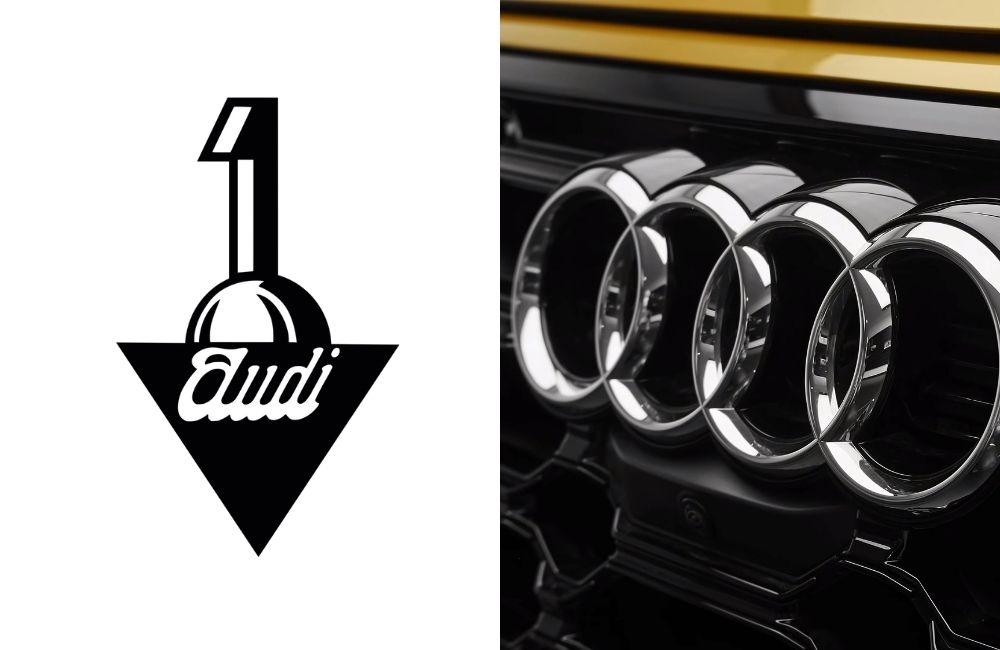 The current four-ring emblem symbolizes the four companies that merged together in 1932 to create what was referred to as the Auto Union. The Auto Union made up of companies Horch, Audi, DKW, and Automobile was having financial and labor struggles after World War II. In 1958, it was bought by Damien-Benz and then sold again to Volkswagen in 1964. Shortly after, Auto Union started selling cars under the name, “Audi”.

International Time Recording Company, or ITRC, was the name of International Business Machines, now known as IBM, when it launched in 1911. The IT company is a leader in producing software and hardware, as well as providing several other services such as consulting. 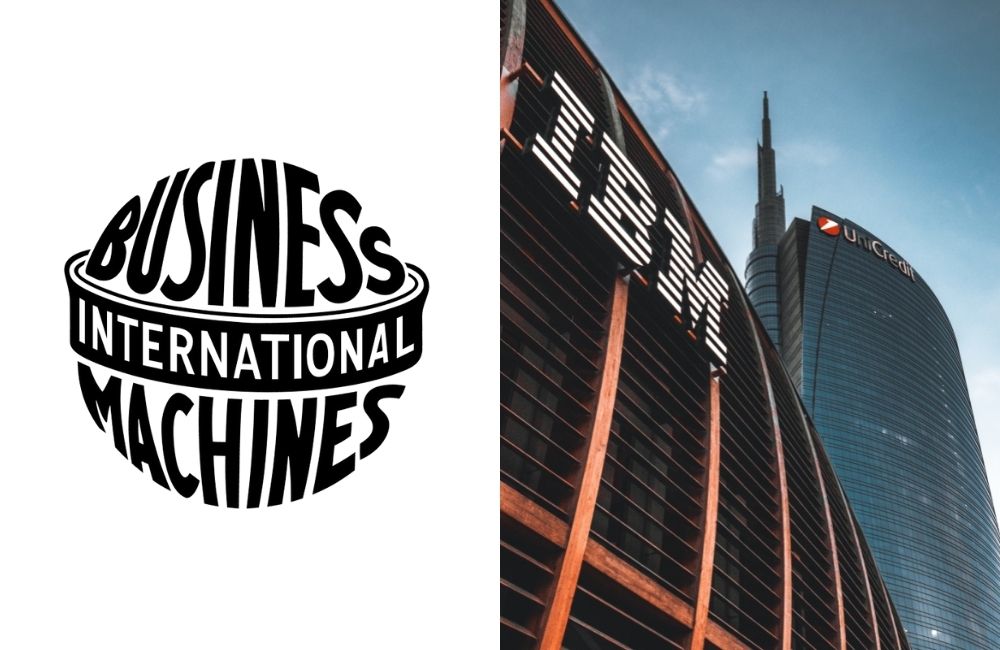 It wasn’t until 1946 that the abbreviation of IBM became the permanent brand emblem of the corporation. Its minimalist and professional look didn’t evolve much after the logo became abbreviated, aside from color and font changes to the design. The current horizontal stripes that make up the logo help the brand blend perfectly well into this everlasting digital world.

In 1931, the very first Mazda logo was placed on three-wheel trucks. However, the birth of the company dates all the way back to 1920, when the cork producing and machine tool company, Toyo Kogyo Corporation was founded by Shinpachi Kaizuka in Hiroshima, Japan. The company shifted its efforts from corks to cars in the 1930’s, innovating and creating some of the most modern vehicles of its time. 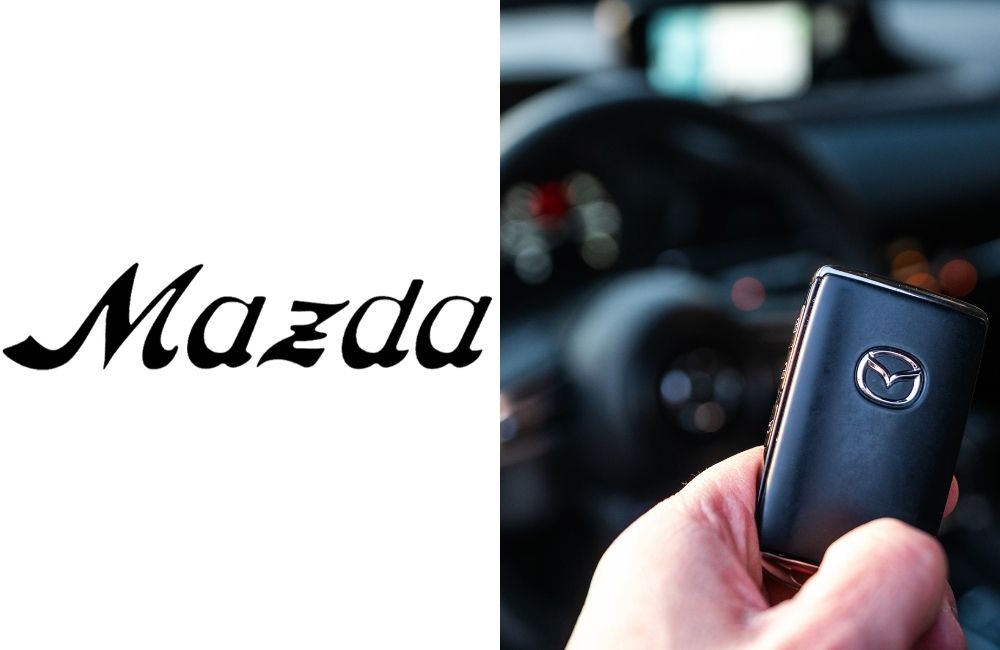 In 1997, the V-shape wings created that make up the emblem represent “improvement” and “growth”.  You may notice the current corporate letters of Mazda are all lowercase with the exception of the letter “D”. This was done for symmetrical reasons as the company wanted to make the brand name fit perfectly into a rectangle shape.

Graphic designer Linda Gavin only had a single day to develop a new logo for Twitter’s official launch in 2006, after she was given the task by Twitter founders, Jack Dorsey, Noah Glass, and Evan Williams right before they went public. Twitter was originally branded as “Twttr” in green bubble letters but was completely revamped before the launch when Gavin gave the logo a major hairdo. 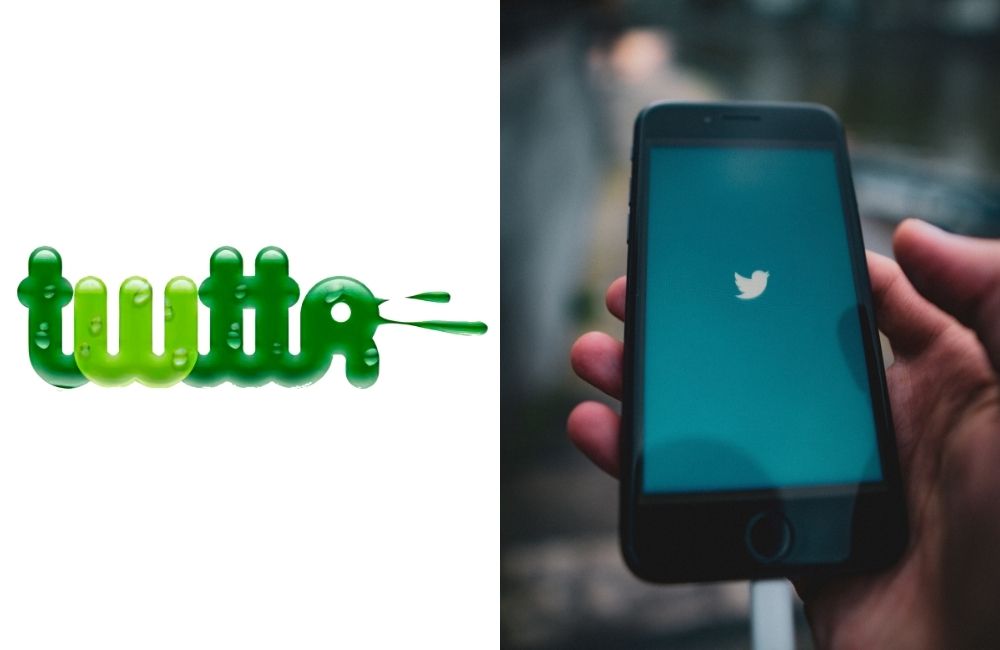 The bluebird that makes up the current symbol has evolved over the past decade. Larry the Bluebird, was named after Larry Bird, the famous Celtics NBA player. Wondering why a Boston basketball player is relevant to the naming of this bird? One of the co-founders, Biz Stone, is a proud Bostonite.

Founder John Hendricks was heavily into documentary entertainment in his college years and took the opportunity to create a nonfiction channel when no one else had done it before. You may remember watching “The Discovery Channel” back in the mid-’80s and early ’90s. That was the original brand name, whereas today, it’s just “Discovery”. 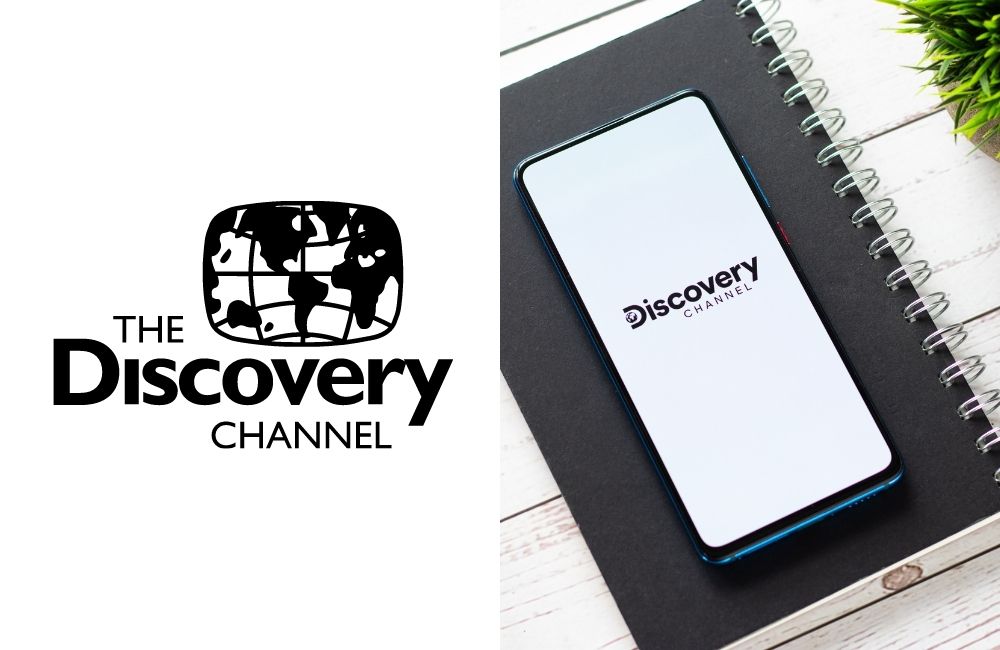 The sketched-out globe emblem that was part of the original logo design only lasted two years, and the brand logo has changed more than seven times following the original one. The company supervises dozens of entertainment brands including HGTV, Food Network, and Animal Planet- all channels we’ve turned to for entertainment at some point in our lives.

For all of you coffee-lovers, you may find it fascinating that Starbucks wasn’t born with that name originally. The coffee brand, founded by trio Jerry Baldwin, Gordon Bowker, and Zev Siegal, started off as “Pequod”, named after a ship mentioned in Herman Melville’s classic novel, Moby Dick. After many discussions, the three decided to change the company name to “Starbuck”, who was the chief mate on the ship. 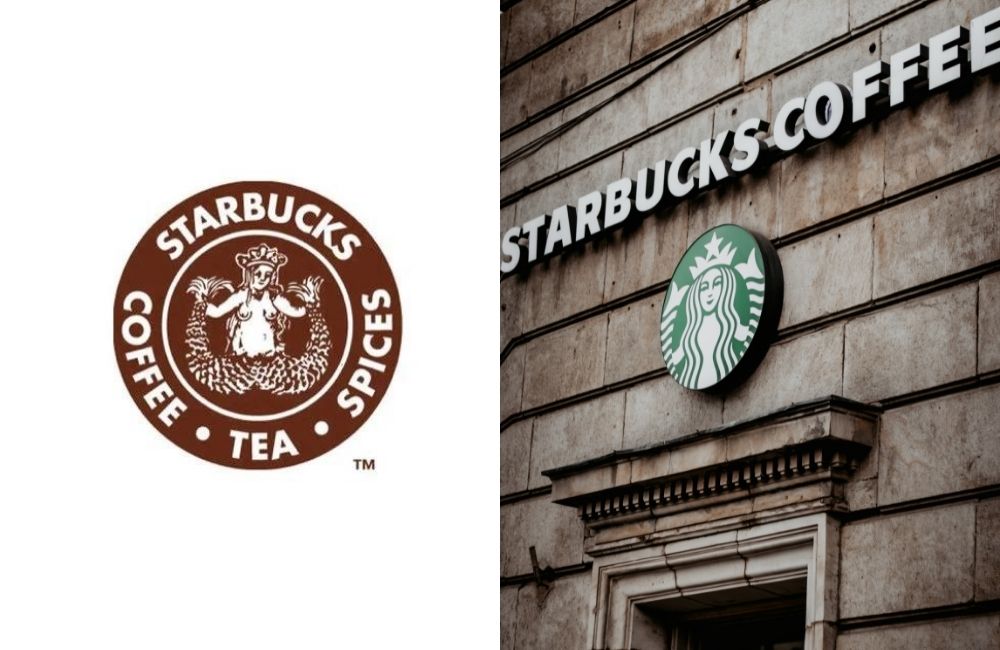 Since the renaming, the company has undergone several other drastic name and design changes after being acquired by Howard Shultz. The original nude siren and doubled fishtail evolved into the well-established mermaid shifting from the brown and white color scheme to the green and white palette introduced in 1987. The brand has become so prevalent in everyday living that even the company name was stripped from the logo in 2011.

As the very first airline to fly the first commercial plane, the DC3, from New York To Chicago, American Airlines has been a well-established airline brand from the birth of aviation. The airline was created when a couple of small airlines became included in American Airways, INC. 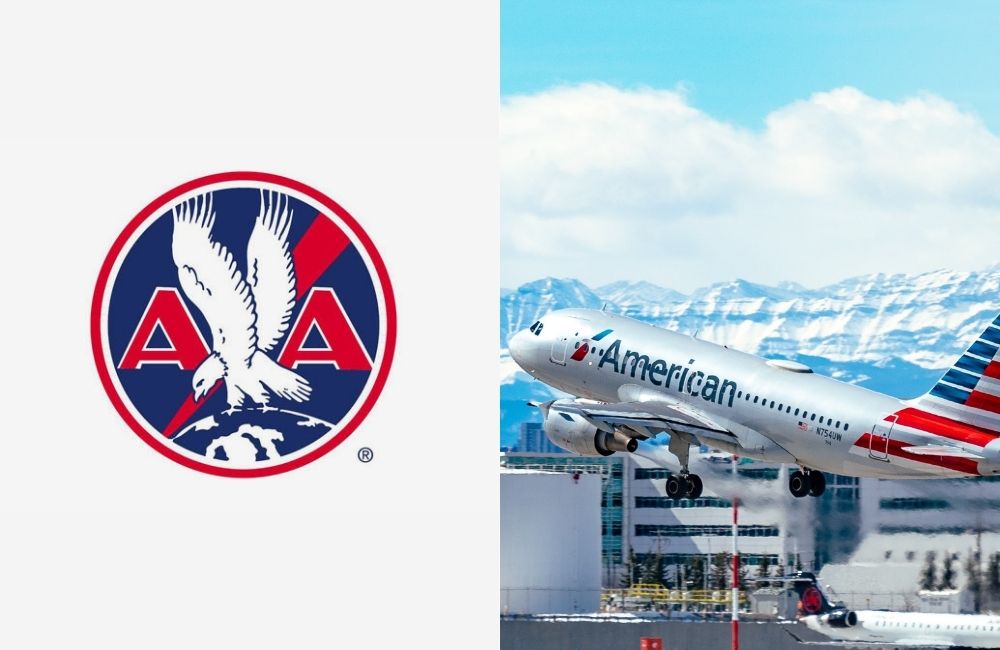 The eagle was always an elemental part of the company’s logo, even when the bird was flipped directions and lost its red colors from 1945-1962. American Airlines and US Airways Group merged in 2013, and retained the American Airlines brand, eventually losing the bird from its logo.