Making a smash hit movie is something most Hollywood writers can only dream of. Writing the screenplay is just one of the steps along the way; just conceiving an original idea worthy of the big screen can be incredibly hard in and of itself. It’s no wonder that Hollywood often looks overseas for inspiration.

In fact, some of your favorite films are actually adapted from foreign films. From Spaghetti Westerns, sci-fi adventures, psychological thrillers and action capers, you’re likely to be surprised by some of the Hollywood hits that were actually born in other countries.

Al Pacino has starred in scores of amazing movies over the course of his career. Scent of a Woman is a result of Comcast’s Universal Pictures studio pouring $31 million into the production. Part of that budget went towards licensing the remake rights to the 1974 Italian movie Profumo di donna. 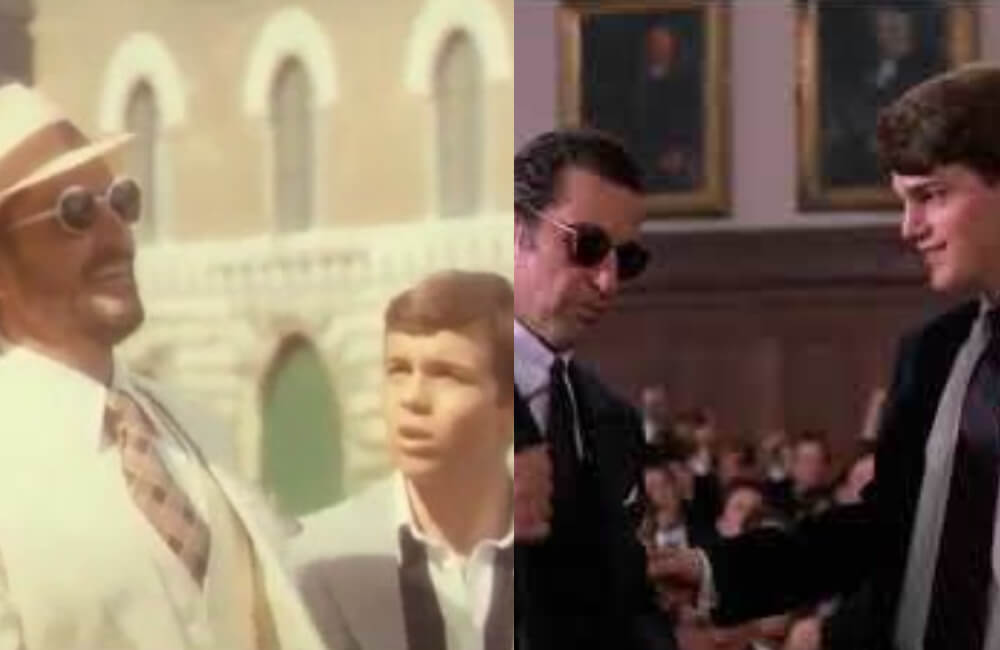 This 1992 rework was produced and directed by Martin Best, with Al Pacino in the lead role supported by Chris O’Donnell, James Rebhorn, and Philip Seymour Hoffman. The project was so well-received that Pacino won an Oscar (finally) for his efforts, while the film itself scooped three Golden Globes in major categories.

In his prime, comedy genius Robin Williams brought life to countless incredible characters; from Patch Adams to Disney’s Genie in Aladdin, there was simply no talent like him. When he signed up for the role of Armand in 1996’s The Birdcage, it marked a slight departure from the usual thing we saw him in. 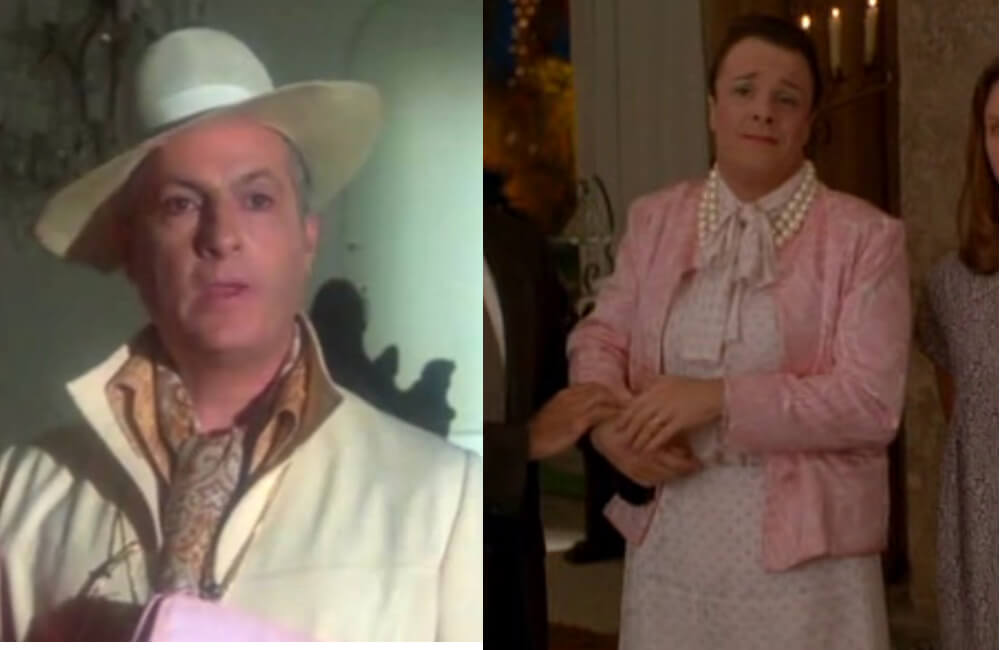 The comedy is actually a remake of the 1978 French-Italian movie La Cage aux Folles. Mike Nichols worked his magic with the original picture and put a spin on it, making it more appealing to American audiences. This adaptation was well-received, taking $185.3 million against a $31 budget.

What happens when you put Steve Carell and Paul Rudd together? Pure magic. Dinner for Schmucks was unleashed upon audiences in 2010, but little did they realize that the comedy was a reimagining of a 1998 French movie. 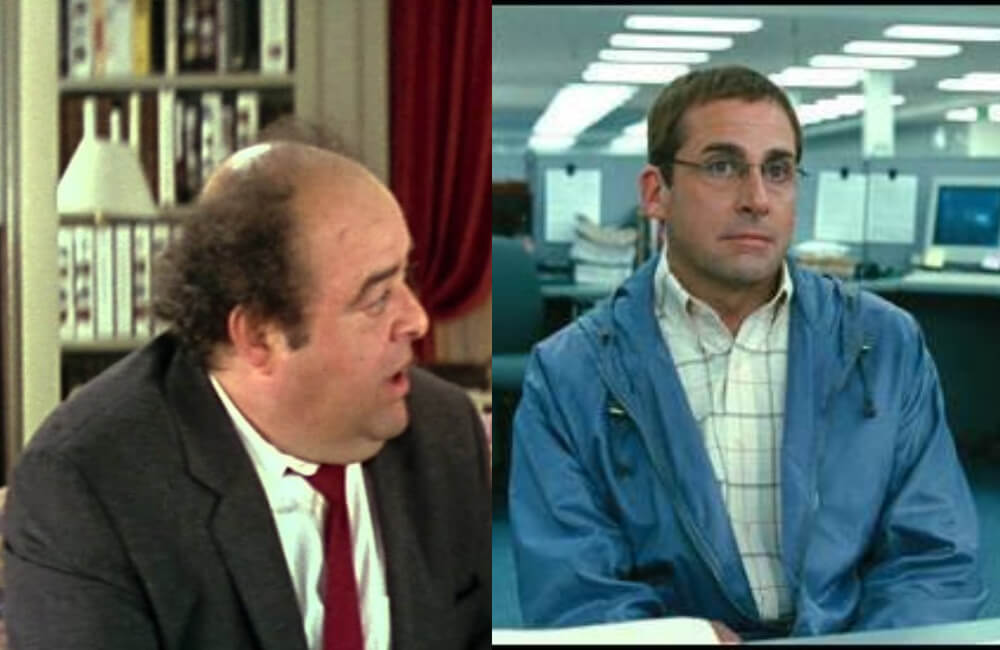 Le Diner de Cons centers around an overworked executive on his way to the top when he’s invited to a dinner meant for idiots. It’s an interesting concept that explodes when you put Rudd and Carell into the mix. CBS’ Paramount Pictures struggled to make back their $69 million investment at the box office despite a top-notch cast and Austin Powers director Jay Roach onboard.

By 2004, Sarah Michelle Gellar had already made a name for herself in the fantasy genre as the lead character in WB’s Buffy the Vampire Slayer. But that year she landed a starring role in the remake of Japanese horror movie, Ju-On: The Grudge. 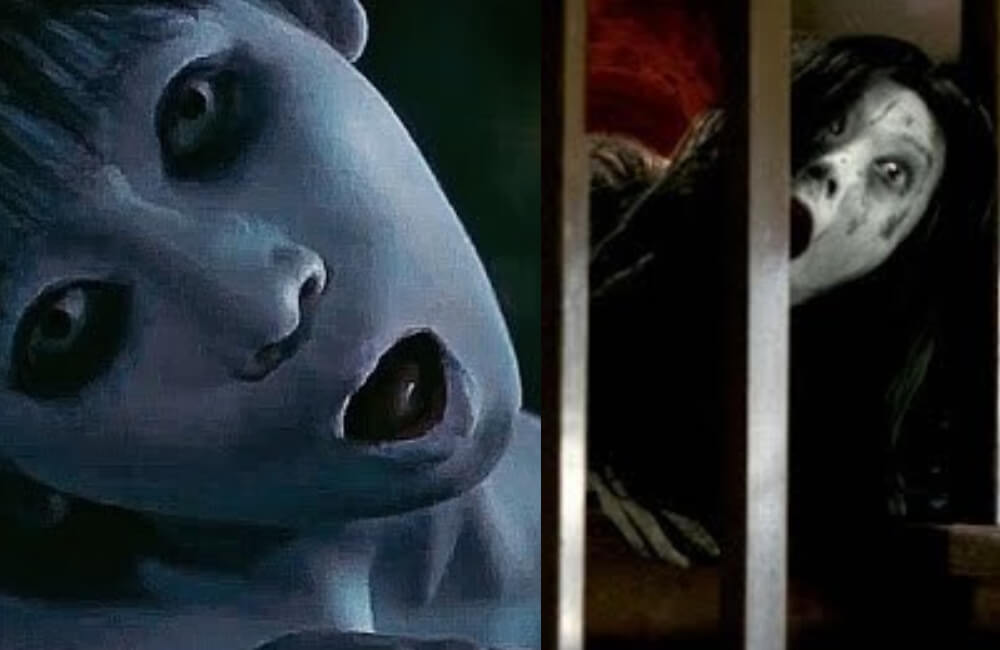 Produced by famed creator of the Evil Dead series Sam Raimi, The Grudge focuses on a young care worker in Japan who moves into a home plagued by the cursed spirit of a deceased housewife, Kayako. The movie was a smash hit, taking $187.2 million against a budget of just $10 million.

Richard Gere has always been able to play the part of a serious man incredibly well, regardless of whether he’s starring in hit movies or a commercial for Visa. When he was cast as jilted husband Edward Sumnor in Adrian Lyne’s Unfaithful, it seemed like the perfect role for him. 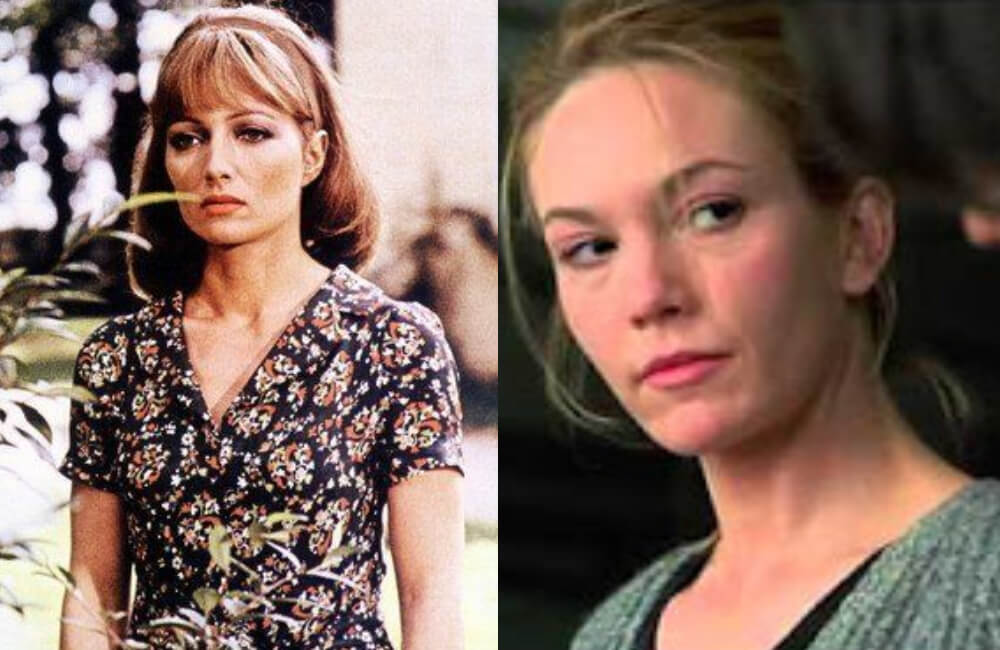 The story focuses on the breakdown of Edward’s marriage to Connie (Diane Lane) when she starts an affair with a man she meets while shopping. The thriller was actually adapted from Claude Chabrol’s beloved 1969 French film The Unfaithful Wife, which is also a must-watch for cinephiles.

Tom Cruise has had a busy few decades, with many different hits behind him since exploding onto the scene in the 1980s. In 2004, he could be seen headlining Vanilla Sky for director Cameron Crowe and Paramount. 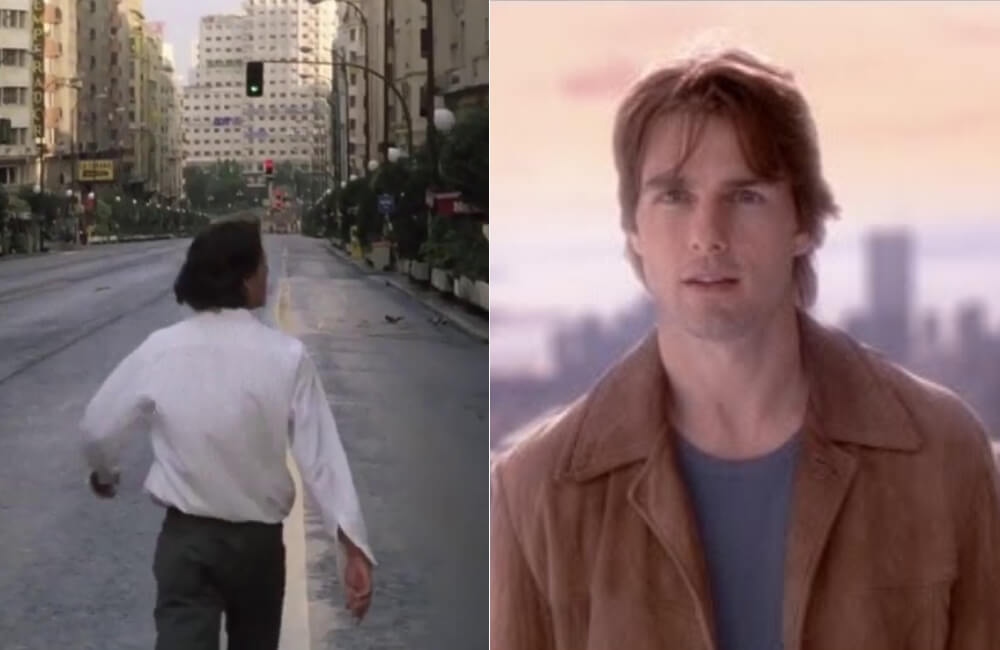 The dystopian drama was a huge financial hit, taking over $200 million at the box office. It offered up something unique to other movies at the time, though as it turns out the concept itself wasn’t original. It was actually a remake of the Spanish movie Open Your Eyes which was released in 1997. Oh, and both versions also co-starred Penelope Cruz!

Al Pacino has spent decades carving out a reputation as one of America’s most talented and devoted dramatic actors. Back in 2002, he took the lead in the psychological thriller Insomnia starring opposite Robin Williams and Hilary Swank. 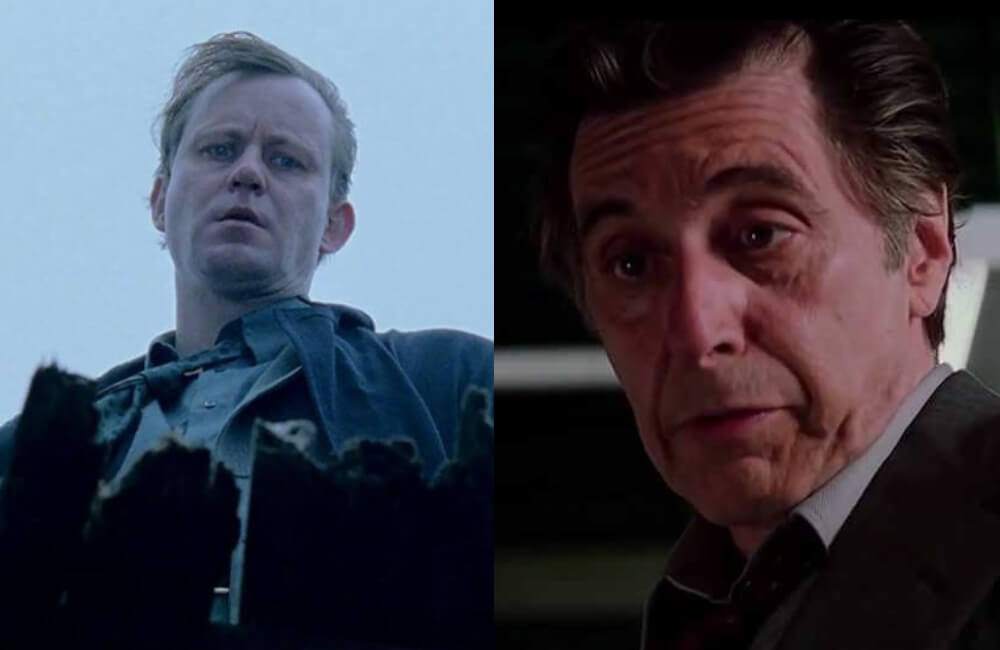 Little do most fans realize that the acclaimed Christopher Nolan-directed feature was actually a remake of the 1997 Norwegian movie of the same name. Nolan’s version follows detectives as they try to solve the murder of a 17-year-old in a small Alaskan fishing town.

Remake of: The Kindergarten Teacher
Original Country: Israel
Worldwide Gross of US Remake: $522,000*

Actress Maggie Gyllenhaal tends to go for independent movies over big-budget blockbusters, which might explain her involvement in 2018’s The Kindergarten Teacher. Distributed by Netflix the movie is actually a near shot-for-shot remake of a 2014 Israeli movie of the same title. 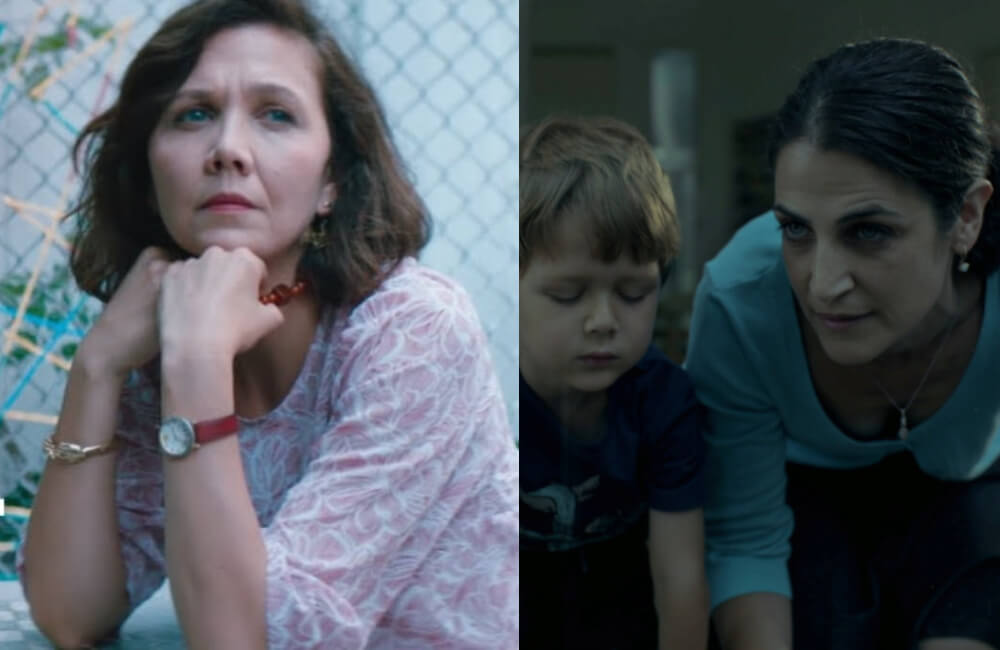 Gyllenhaal plays the lead role of a kindergarten teacher living on Staten Island as she tries to find some sort of excitement in her boring life. Through a twist of fate, she discovers a child prodigy and attempts to kidnap him in order to help him get recognition for his talents that otherwise go ignored.

Remake of: Swept Away
Original Country: Italy
Worldwide Gross of US Remake: $1 million*

At the height of Madonna’s marriage with Guy Ritchie was the 2002 film Swept Away. Notoriously panned by critics and audiences alike, the film was a costly misfire from the studio despite the star power of husband and wife’s collaboration.

Part of the fallout may have been due to the fact that gthe original Italian version of the film was already a beloved classic by moviegoers. Against a budget of $10 million, Swept Away took away just $1 million at the box office.

Oldboy isn’t a movie for the faint of heart, but leave it to fearless American auteur Spike Lee to tackle the difficult adaption of the beloved Japanese film. Starring Josh Brolin (from Disney’s Marvel universe) in the lead role, the action thriller took $4.8 million against a $30 million budget. 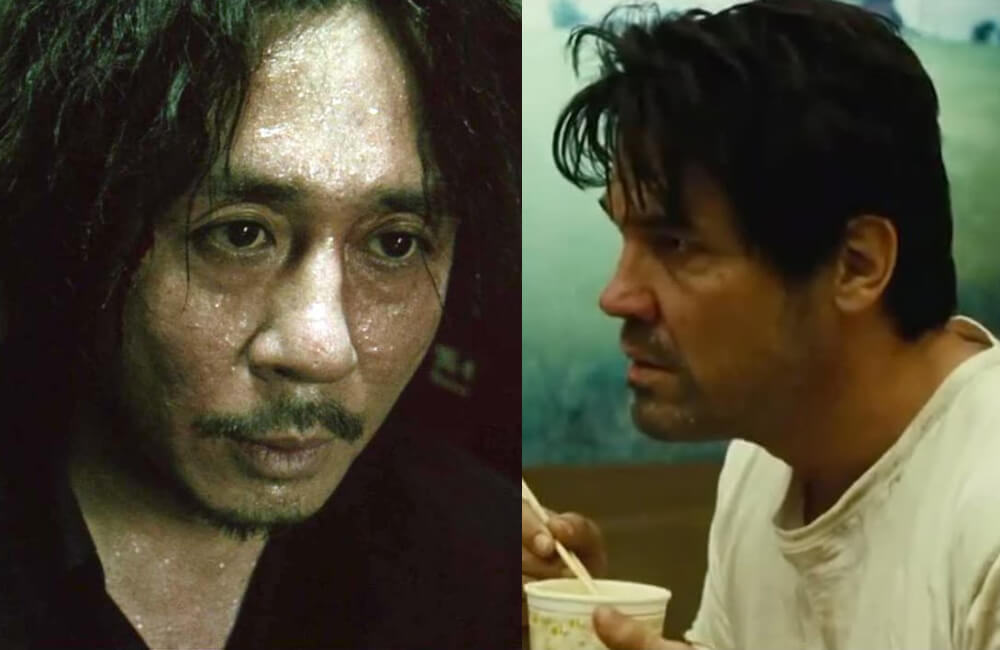 Again, the filmmakers had the unenviable task of trying to outdo the glory of the original foreign film, which had only been released a few years prior to the American version. Unfortunately the film failed to live up to its lofty box office expectations.

Remake of: Ghost in the Shell
Original Country: Japan
Worldwide Gross of US Remake: $169.8 million*

Scarlett Johansson took on the lead role in 2017’s The Ghost in the Shell, a remake of the beloved sci-fi anime classic from Japan. This slick Hollywood remake had everything audiences could’ve wanted, from state-of-the-art special effects to a mesmerizing sci-fi premise. 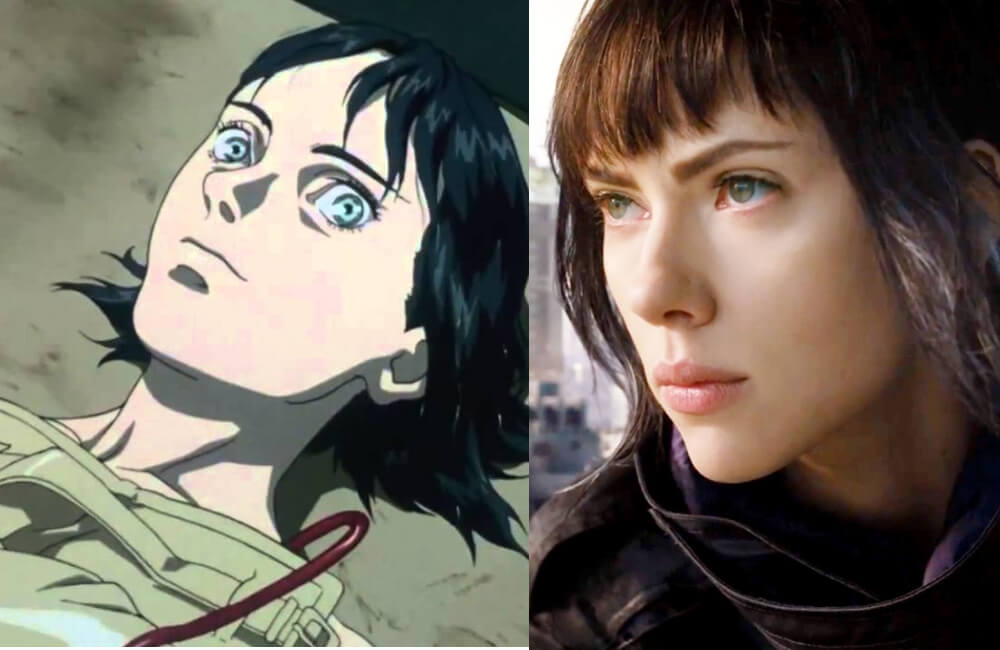 Unfortunately for investors at Comcast’s, the film didn’t quite live up to the hype of its predecessor. Reviews were fairly split, and though the movie still fairly well at the box office, it wasn’t nearly enough to justify the franchise the studio was hoping it would generate.

Some Like It Hot was arguably a career-defining moment for Marilyn Monroe in 1959. Starring Tony Curtis and Jack Lemmon as two out of work musicians who accidentally witness a crime and go on the run (in women’s clothes), the caper was a huge success that is still talked about to this day. 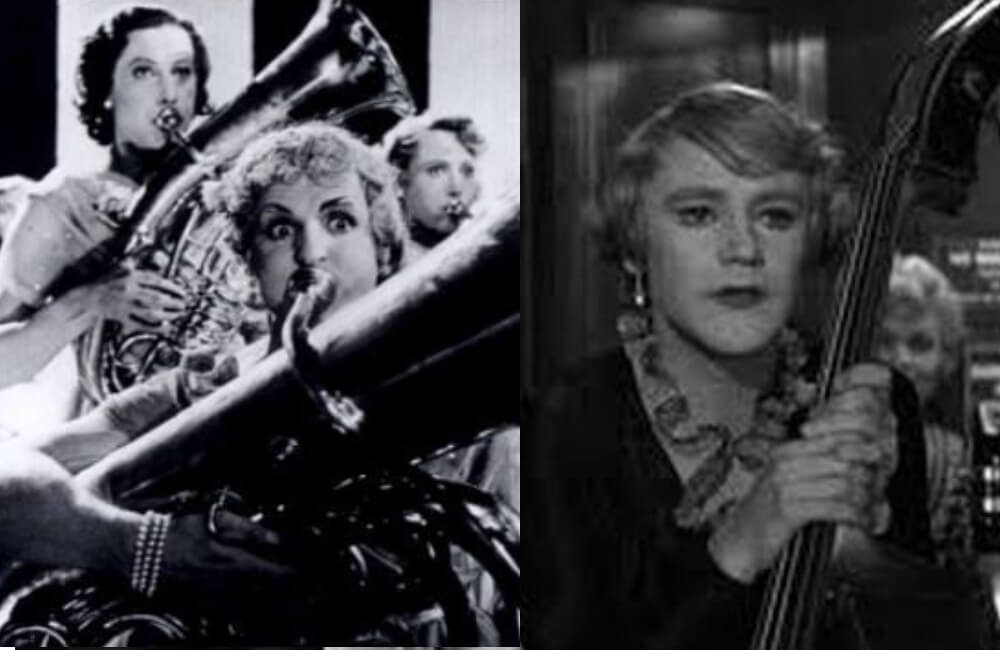 Little do most people know that the idea actually came from the 1935 French film, Fanfare of Love. Marilyn had previously starred in the Disney-owned Fox movie Gentlemen Prefer Blondes, River of No Return, and How to Marry a Millionaire before tragically passing away in 1961 at 36.

When it comes to comedy, Steve Martin is the undisputed king. He reigned supreme in the 1980s and 90s as a bankable laugh-a-minute star, but that doesn’t mean all his movies were hits. Nora Ephron’s remake of the french movie Le Père Noel est une ordure, retitled Mixed Nuts, didn’t quite work. 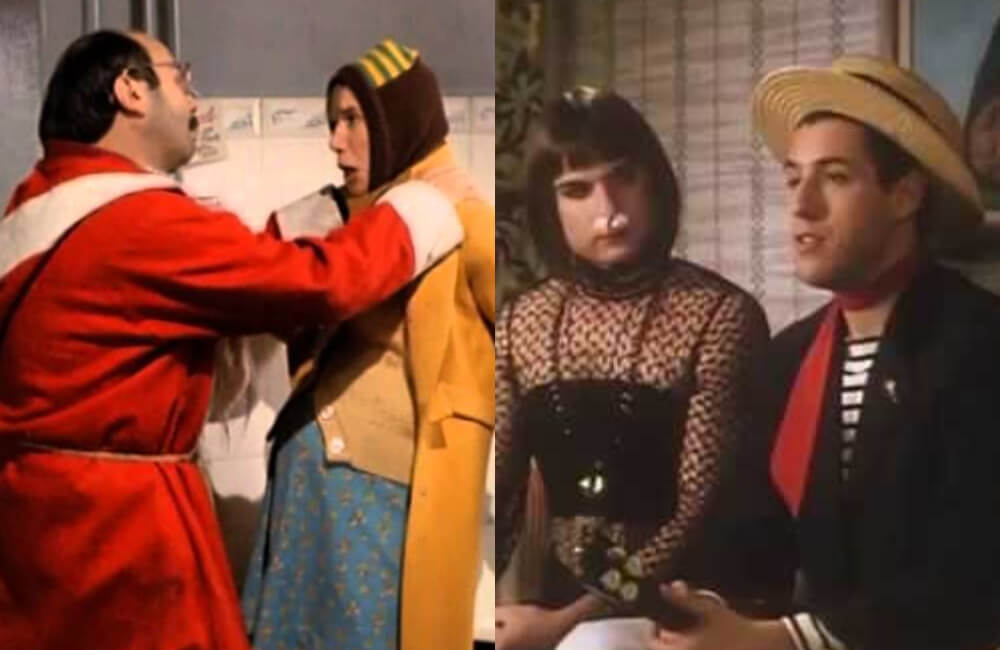 Sony’s TriStar Pictures poured $20 million into the production of the Christmas comedy, but the story of suicide prevention hotline boss Philip flatlined. Something was lost in translation here, as Mixed Nuts took just $6.8 million at the box office.

Not many people realize that Clint Eastwood’s 1964 Spaghetti Western A Fistful of Dollars was actually a near-total remake of the legendary Akira Kurosawa samurai film Yojimbo. It may seem strange to think that the entire Spaghetti Western genre was kickstarted in Japan, but the samurai genre indeed deserves credit for America’s fascination with the Western. 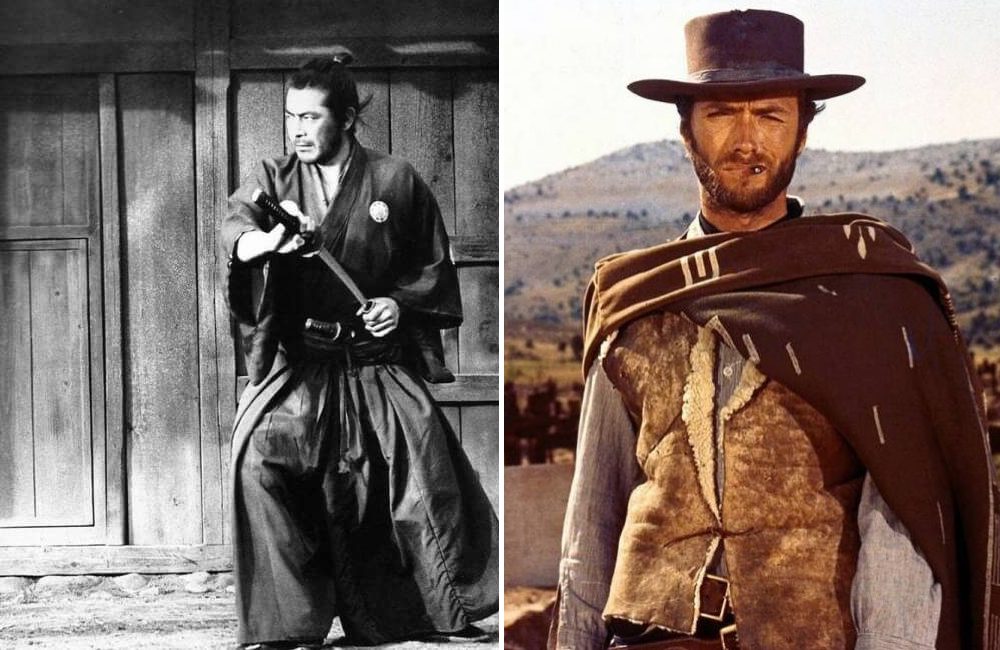 If it wasn’t for this tale about a mysterious stranger turning up in a small border town in Mexico, The Good, the Bad, and the Ugly may never have got made. A Fistful of Dollars was creative with the source material, but still managed to take $14.5 million at the box office.