Movies can have a long-lasting effect on audiences long after they’ve left the theater, but it goes way beyond a sad scene or a particularly memorable song. While films are designed to be entertaining, they often wind up having a cultural and economic impact that can’t be denied.

Some product placement deals are intended to boost sales of products like Ray-Ban, while other items get a surprising but welcome spike in sales thanks to an accidental feature. Whether it’s a Netflix show like The Queen’s Gambit making chess cool again, or Nike’s decades-long relationship with Back to the Future, movies and TV shows often have far deeper connections to the economic trends than we ever realized.

When Finding Nemo catapulted onto our screens in 2003, it was the unprecedented hit that caught parents off guard. Suddenly, children across the globe wanted their very own little Nemo. As a result, sales of clownfish began to rise at an accelerated rate. 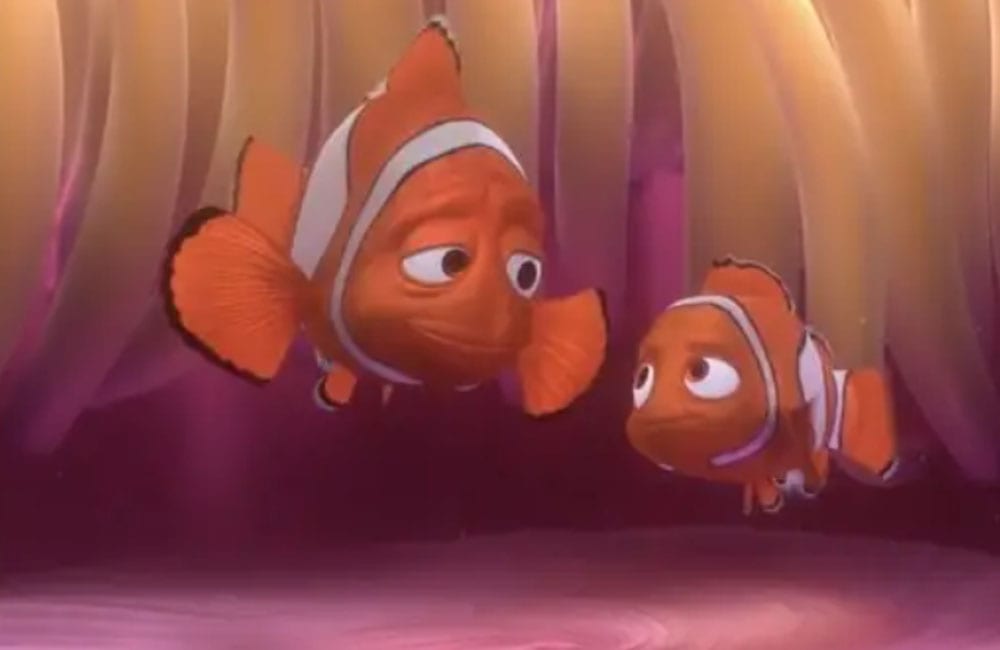 The Disney Pixar movie helped pet stores ride the wave of success too, with a 40% increase in sales of the tiny underwater wonders. The orange, white, and black little fish are still staples in fish tanks in many homes almost two decades after the first movie hit theaters.

The ‘70s was a spectacular time for fashion, but few stars were as iconic in that department as Sonny and Cher. The real-life couple launched The Sonny and Cher Comedy Hour in 1971, staying on-air for four seasons until they eventually went their separate ways. 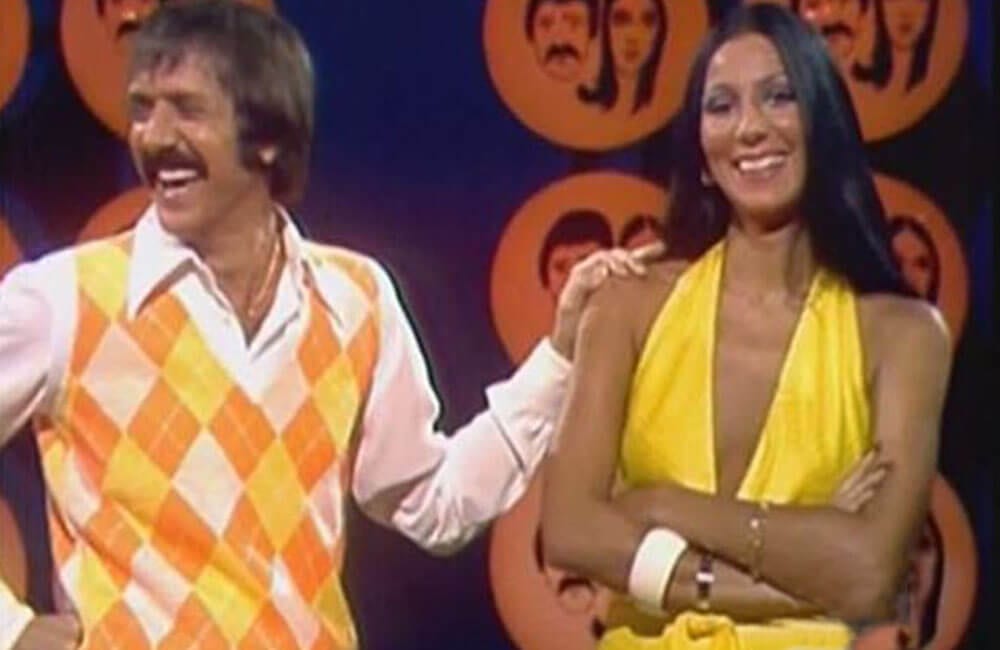 During that time, CBS made the most out of showcasing both Sonny and Cher’s style. As a result, many items that the dynamic duo wore became best-sellers, including the ‘70s staple pant, bell bottoms. It’s not known exactly how much sales increased during that time, but nearly every hip cat in America owned at least one pair.

Everyone knows that Popeye is renowned for more than being just a sailor man. The pipe-smoking, Olive-loving cartoon character has guzzled spinach like it’s going out of style since first appearing in 1929. 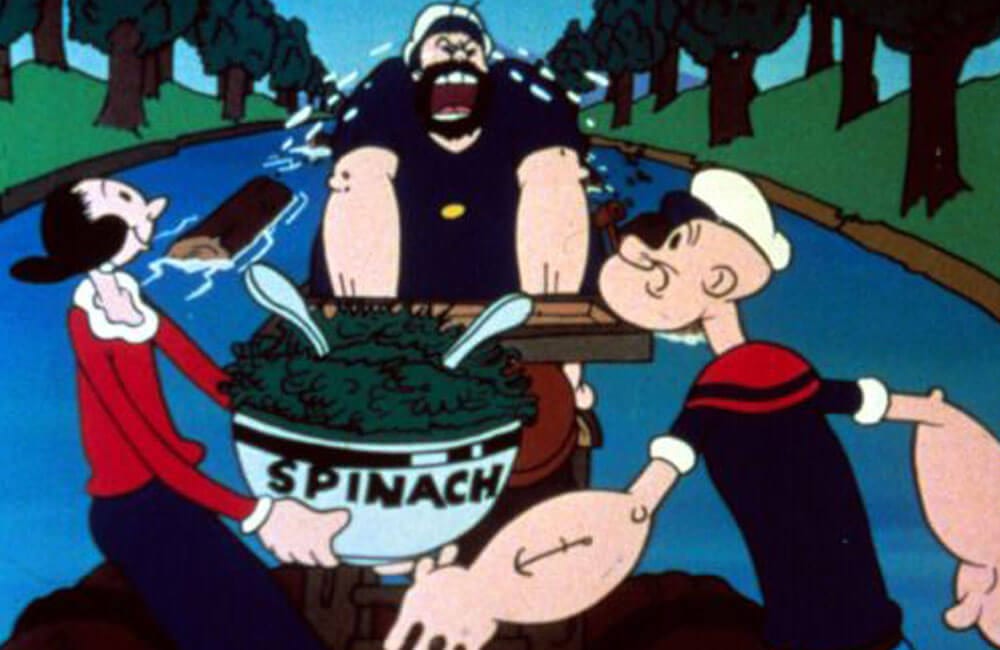 The minute Popeye has his spinach, he becomes big, strong, and capable of taking on anything. Not only is it a genius way for the now AT&T-owned cartoon to keep kids entertained, it’s a strategic marketing tool for selling spinach. Sales of the leafy green vegetable went up by 33% thanks to the mighty Popeye.

Wallace and Gromit has been captivating hearts and tickling funny bones since 1989, but the two lovable cartoon characters aren’t limited to the small screen. In the 2005 feature-length movie The Curse of the Ware-Rabbit, a special emphasis is put on Wensleydale cheese. 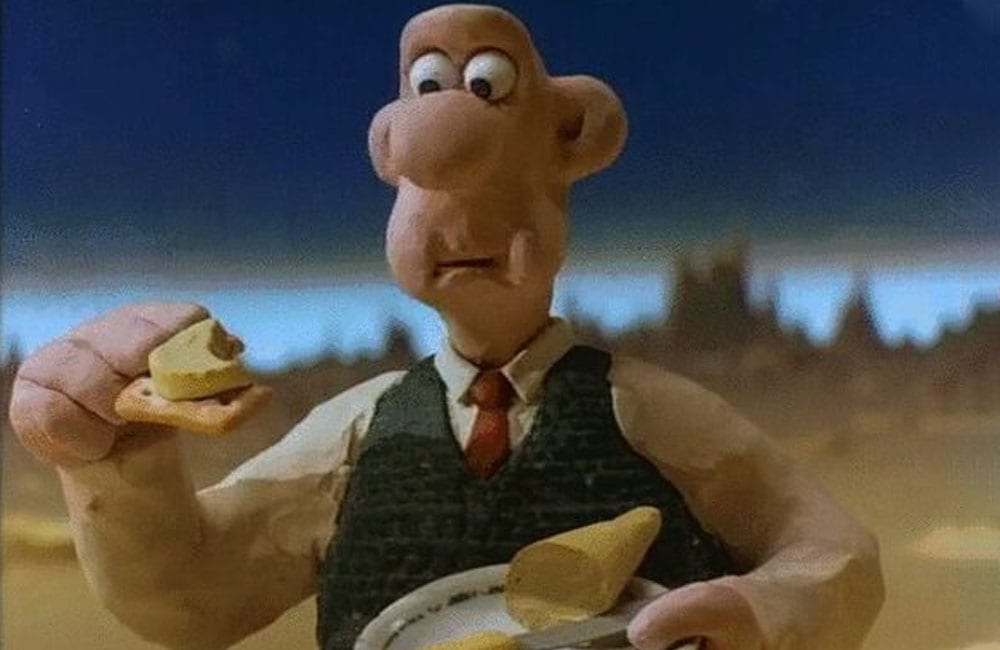 In fact, it’s not the first time that Wallace has mentioned the cheese, as he first says it’s his favorite type in 1995’s A Close Shave. This mention essentially saved the product as sales were dangerously low at that point. Ten years later when the brand was given an honorable mention again, sales boosted by a further 23%.

When Sideways was released in 2004, it had an interesting effect on the wine industry that no one could have predicted. Throughout the movie, Miles (Paul Giamatti) makes it clear on several occasions that he loves Pinot Noir but isn’t a fan of Merlot. 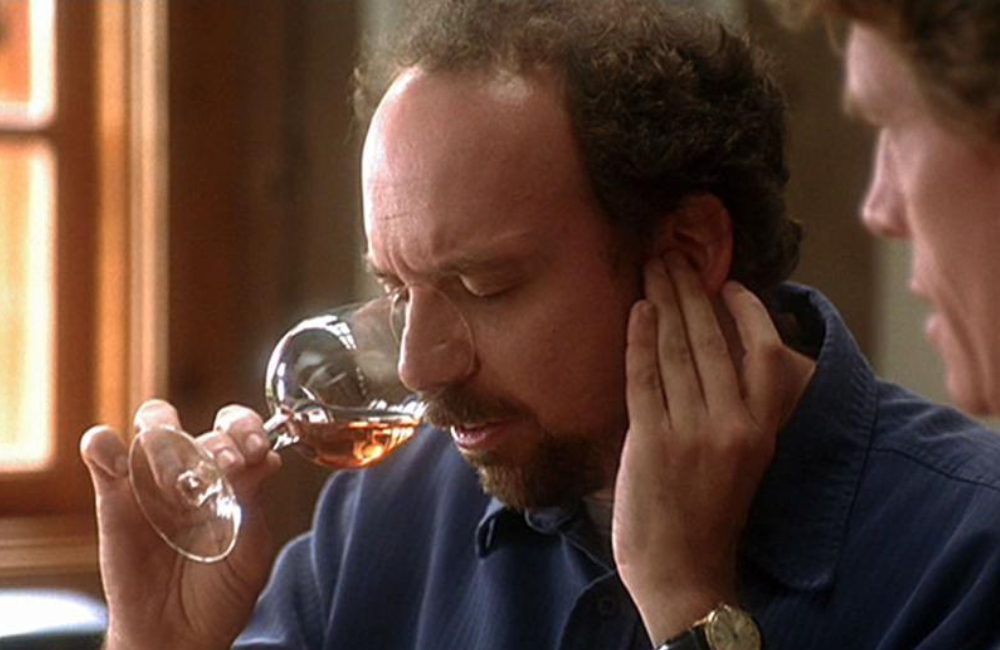 It looks like wine enthusiasts took Miles’ opinion to heart as sales in Merlot dropped 2%, while Pinot Noir sales rocketed by 16%. It just goes to show that when it comes to movies, an audience is even more open to suggestion than previously thought. The Disney Fox movie took over $109.7 million at the box office against a $16 million budget, so it did something right.

Phoebe Waller-Bridge’s Fleabag was a critical and commercial success, winning awards across the board for the two seasons that it aired on the BBC. While the comedy itself was inspired, British retailer M&S also got a handy boost after cans of its own-brand G&T appeared in multiple episodes. 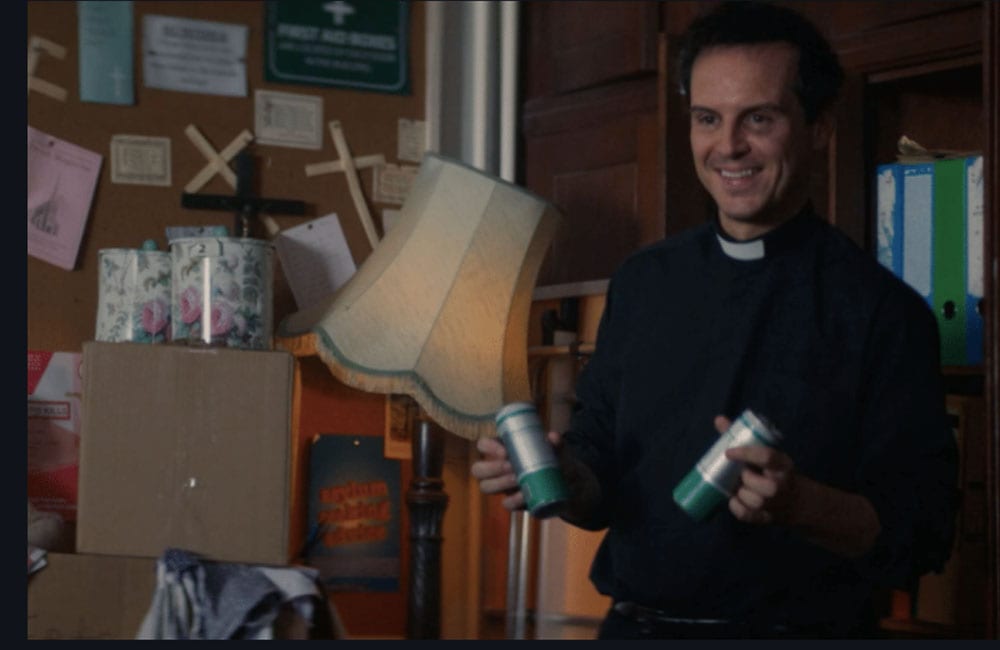 The company boasted a huge 24% sales increase after the show aired, which was certainly welcomed. A spokesperson for the brand said the beverage was “an absolute favorite with M&S customers.” If you missed it, Fleabag can be streamed on Amazon Prime.

Dynasty may have ended back in 1989, but the impact it left on ‘80s fashion will never be forgotten. The glamorous outfits worn by characters like Joan Collins’ Aleiz Carrington Colby sported two-piece suits and floor-length ball gowns, but one particular item stood out above the rest: shoulder pads. 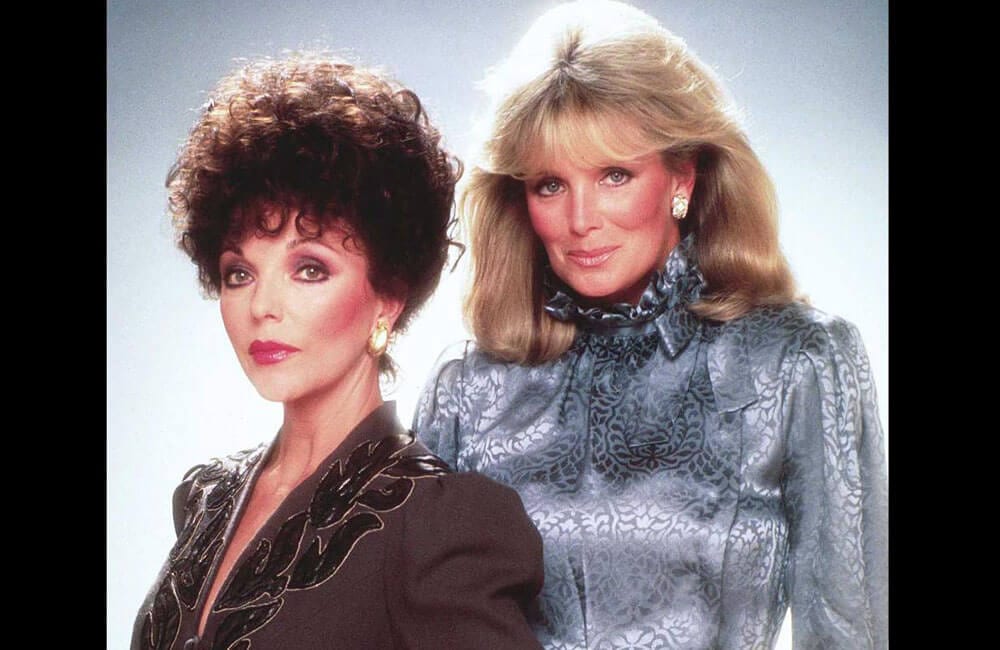 Thanks to Dynasty, shoulder pads became more popular in America than ever before. Suddenly, everyone wanted straight, broad shoulders a la Krystal Carrington. Thankfully, it’s a trend that died down in the ‘90s, but there was a time when shoulder pads were everywhere. There are markedly less shoulder pads in the rebooted CBS series that premiered in 2017.

Steven Spielberg’s hit blockbuster caper E.T broke the mold in more ways than one, introducing us to a pint-sized Drew Barrymore and putting a different spin on your typical sci-fi movie. It also helped to boost the profile of Reese’s Pieces. In one memorable scene, Eliot tries to lure E.T out with the candy. 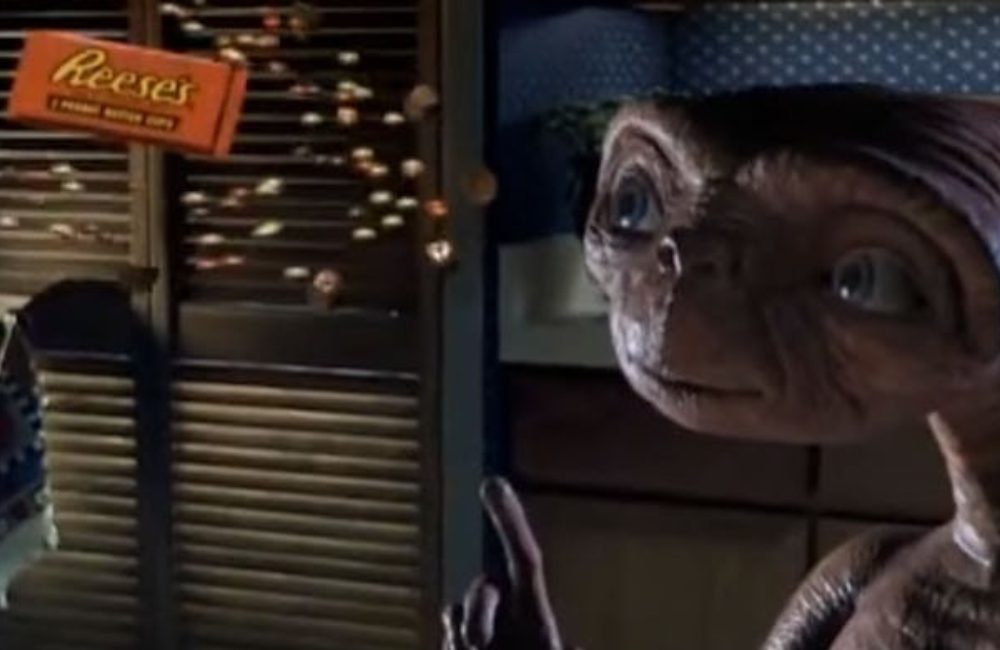 Interestingly, Mars’ M&Ms had been approached first to strike a product placement deal, but they turned the opportunity down. Instead, Hershey stepped in and ended up welcoming an 65% increase in sales of the peanut butter chocolate product. It was a smart move for Hershey, and a great loss for Mars.

It doesn’t take a film fanatic to realize that Toy Story was an influential movie in more ways than one. Kids absolutely adored it, meaning that characters like Buzz and Woody became more than just characters, but real-life toys with endless merchandising potential. While that comes as no surprise, there was an unlikely success squirreled in there, too. 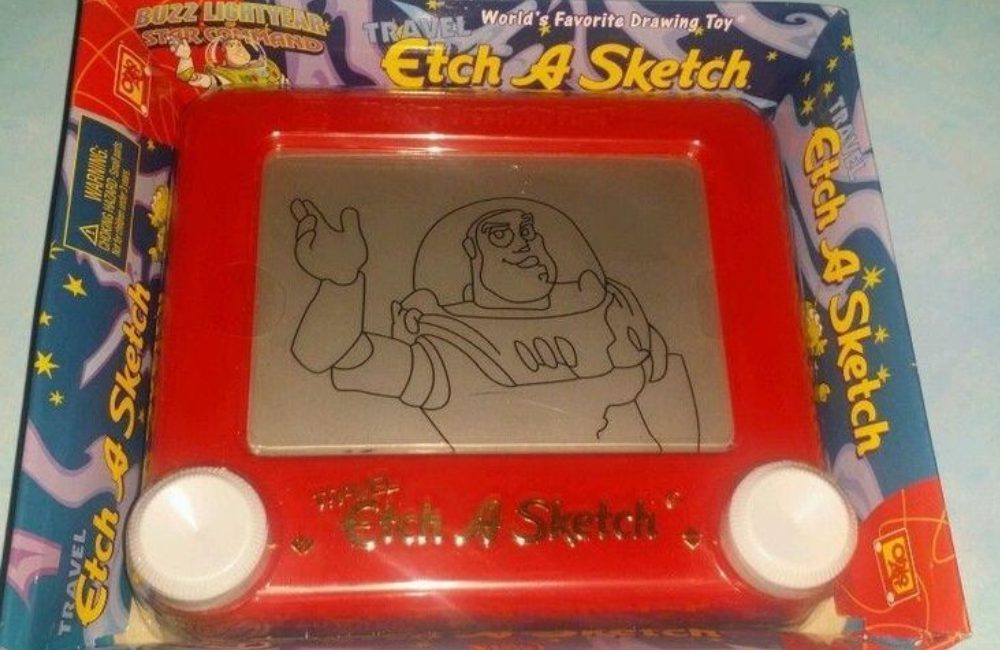 Etch-a-Sketches had been around for decades prior to the Disney Pixar movie, but Toy Story boosted their popularity so much that sales increased by over 4,000%. What was considered an old-fashioned toy by 1996 got a new lease of life thanks to animators.

Natalie Portman wowed in 2005’s V for Vendetta, but the real star of the show was the mysterious V, played by Hugo Weaving. Weaving wore a mask throughout the movie, but while the feature was a popular hit, the mask has had an enduring legacy. 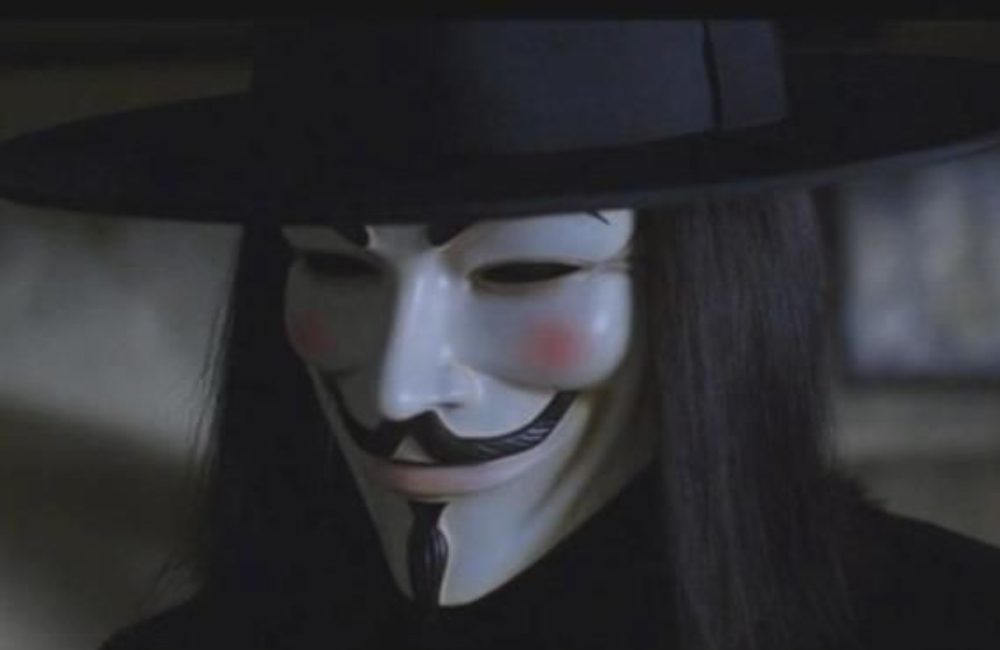 In fact, AT&T Warner Bros. continues to earn a very nice licensing fee as the Guy Fawkes mask sells over 10,000 units a year. That’s not bad for a piece of plastic with little detail besides a moustache and a goatee.The mask is now an iconic piece of pop culture.

The Frozen franchise is an impressive feat, turning the simple story of an ice queen into a multi-billion-dollar earner. Set in a Norweigen-inspired fjord , there’s no denying that animators made the fictional town of Arendelle look exceptionally beautiful. So beautiful that tourism in Norway’s Lofoten Islands went through the roof. 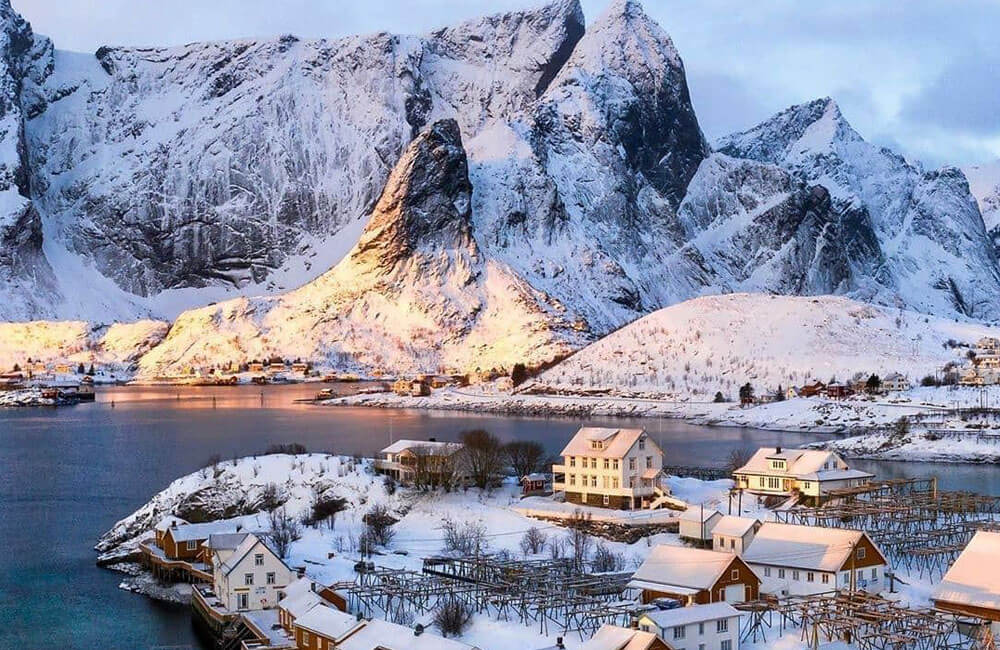 While that may sound like a good thing, locals quickly became overwhelmed by the new-found interest in their island after the release of the Disney movie. Sales may have gone up 40%, but it was a shock to the system at first as many found it too intrusive.

To All the Boys I loved Before introduced the world at large to the books of the same name by Jenny Han. Starring Lana Condor and Noah Centineo in leading roles, the movie quickly became a huge success that spawned not one, but two follow-ups. 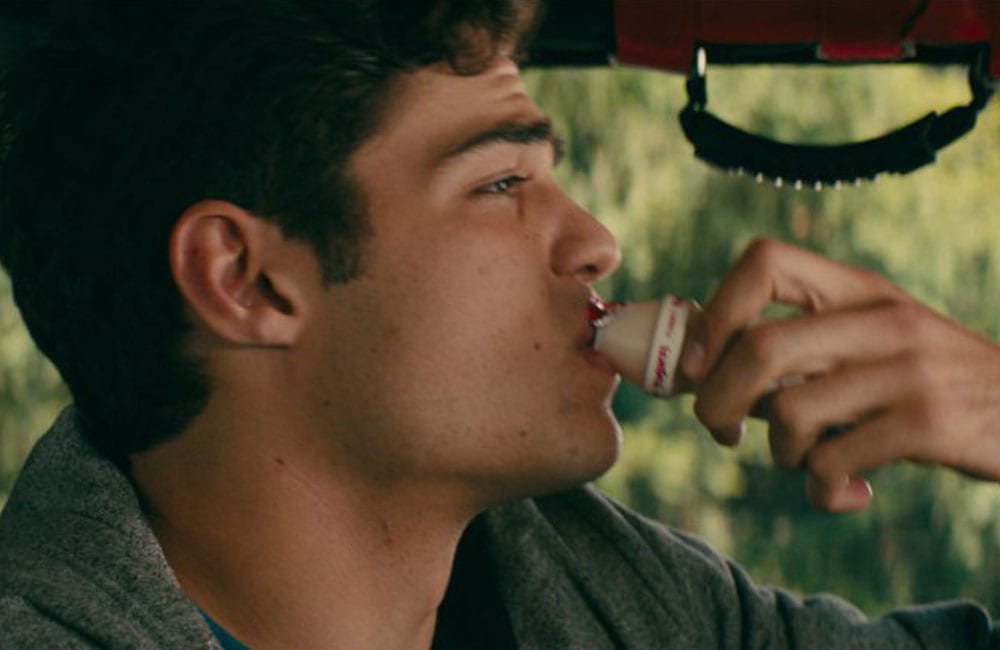 To All The Boys I've Loved Before Yakult @chloelemi / Twitter.com

Interestingly, an unlikely yogurt brand benefitted from the success of the {[NFLX:Netflix}} caper. Yakult was mentioned a few times throughout the movie, and audiences really took notice. In fact, shares in the company rose by 2.6%. Prior to the release, shares were down by 6%.

Back in 2007, teens everywhere went wild for the antics of the Upper West Side’s fictional elite. Girls wanted to look like Serena Van Der Woodsen, while boys wanted to dress like Chuck Bass. Chuck’s character became synonymous with scarves, creating quite the fashion trend. 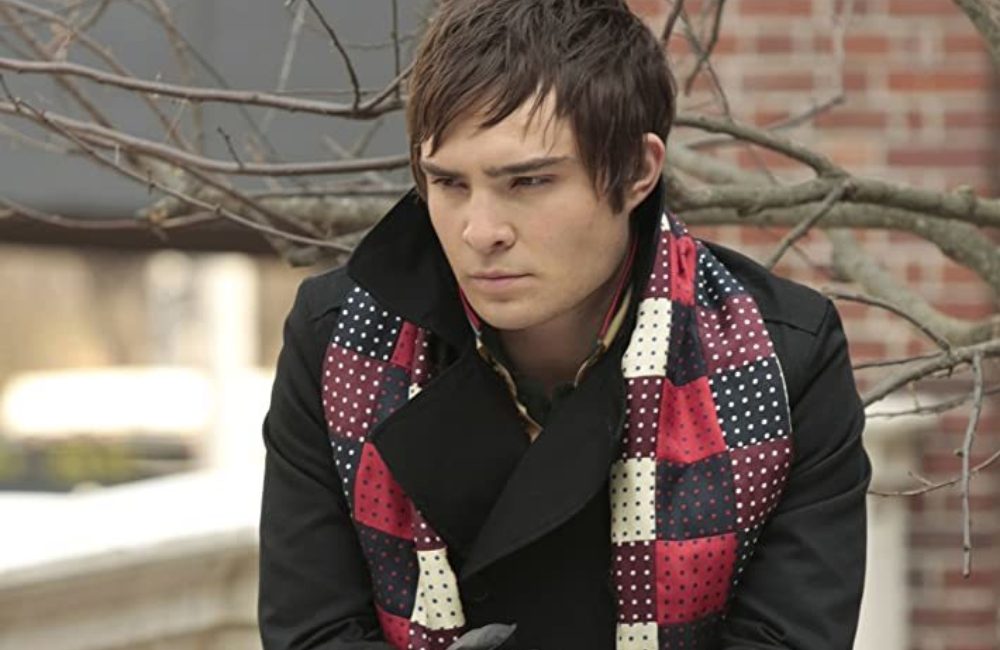 It wasn’t just Chuck that sported the occasional neck accessory. In fact, nearly all of the male leads wore a scarf at least once, helping to bump sales of men’s scarves across the board. It was just one of many items that Gossip Girl helped to bring to the forefront of fashion.

2019’s Parasite certainly hit the right chord with critics, but the movie inspired more than just aspiring filmmakers. Ram-don noodles didn’t strictly exist before Parasite was released, but now the dish is a big hit. In the movie, a character sits down to eat a big bowl of hot noodles – but it’s actually two instant packets mixed together. 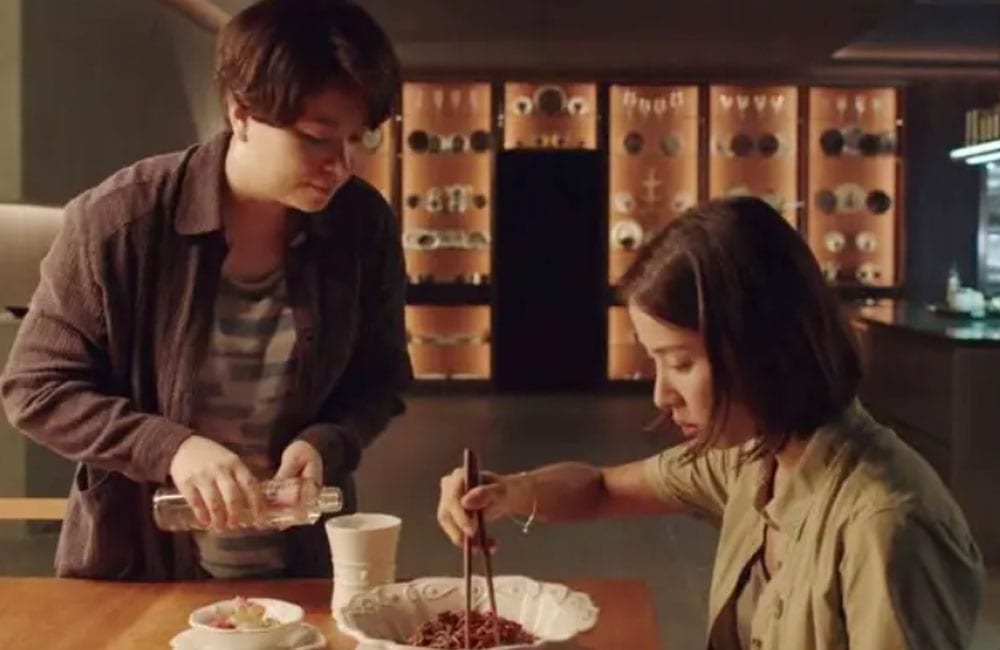 Restaurants have been quick to hop on the trend, with some sticking it on the menu and charging anywhere between $13.95-$25 for the privilege. Immediately after the movie’s release, some stockists struggled to keep up with the demand.