In the past few months we’ve had a look at some of the most expensive penthouses in the world and a few of the incredible homes that celebrities have around the world, but what about the celebrities that don’t spend all of their money on luxuriously over-sized houses? Where do they live?

Maybe they live in cabins in the woods, or, perhaps, they live a simpler life in a trailer park with their pet alpacas. There’s only one way to find out, so, read on, and let’s have a look at a few of the top celebrities in the world, and some of the modest homes in which they’ve chosen to live well within their means.

In the early 2000s, at the age of only 20-years-old, Elijah Wood went on an adventure that would change his life forever. As Frodo Baggins, in The Lord of the Rings trilogy, Wood gained fame, fortune, and everything in between and, although he has since amassed a small fortune of, almost, $35 million, he chooses to live a modest life in a modest home. 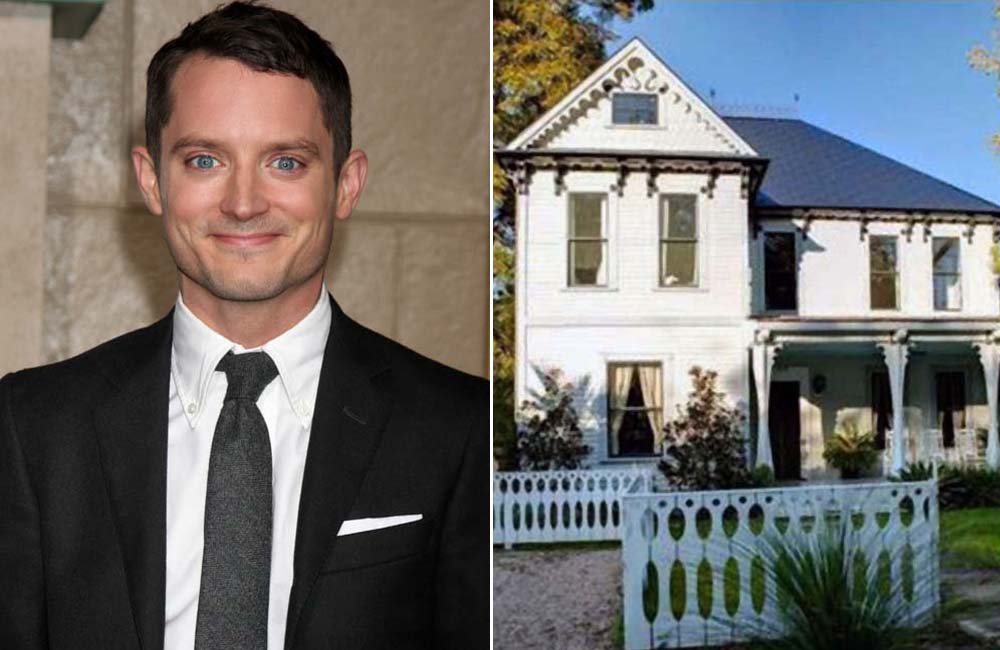 It seems as though Elijah Wood missed the memo about everything being bigger in Texas, because his Victorian-style home in Austin, which cost him south of a million dollars, is only about 3,200-square-feet. However, after spending as much time as he did living in a hobbit-hole, this house, probably, feels like a mansion to Elijah.

Through business savvy, and a series of incredibly well thought out investments, Warren Buffet has, for decades, been one of the wealthiest people in the world. Most people would think that, with a net worth of more than $100 billion, someone would own a private island somewhere, or, at the very least, live in a house the size of a small town. 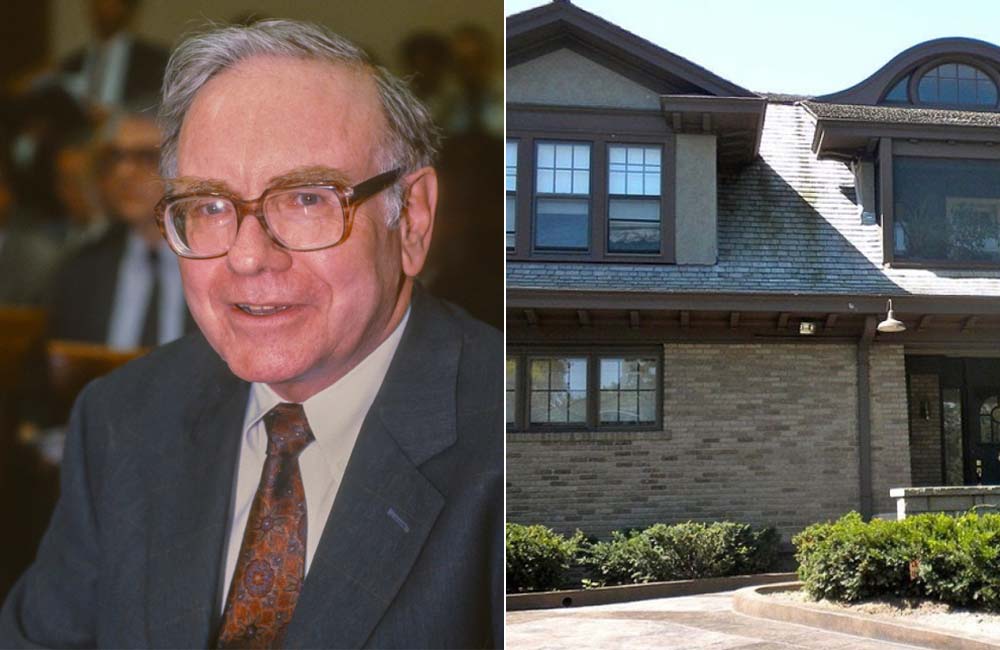 Buffett was once asked why he has remained in the same home for so long, to which he answered, “I’d move if I thought I’d be happier someplace else.” Even as the tenth wealthiest person in the world, Warren Buffett has been more than “happy” to continue living in the same house in Omaha, Nebraska, that he purchased back in the late 1950s, for just over $31,000 ($250,000 in 2021).

Anyone who was under the impression that living in New York was expensive was, clearly, only looking at New York City and its closest suburbs. Just 40 miles outside of “the city that never sleeps”, Blake Lively and her husband Deadpool, I mean, Ryan Reynolds, have found themselves a lovely nesting place, and they didn’t pay, nearly, as much for it as one might think. 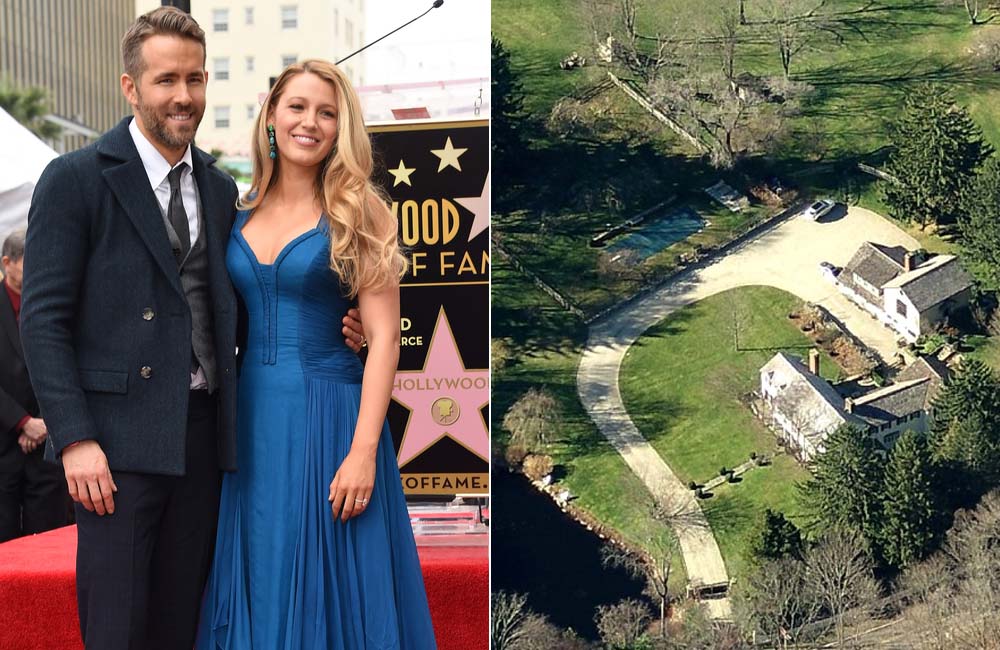 $2.3 million would be enough to buy a small home in NYC, however, in Bedford, New York, where “Blyan’s” mansion can be found, it was enough to purchase a 74,052-square-foot piece of land, on which is the home where the two spend time relaxing with their 3 daughters. With a combined net worth slowly approaching $200 million, this couple has chosen privacy over living in the big city.

As the star of New Girl Zooey Deschanel was, at one point, making $95,000 per episode, however, all because she was making more per episode than most Americans make in a year, that doesn’t mean she was spending it recklessly. It might shock some people, but at the peak of New Girl’s run, the show’s star was still living in a very modest home. 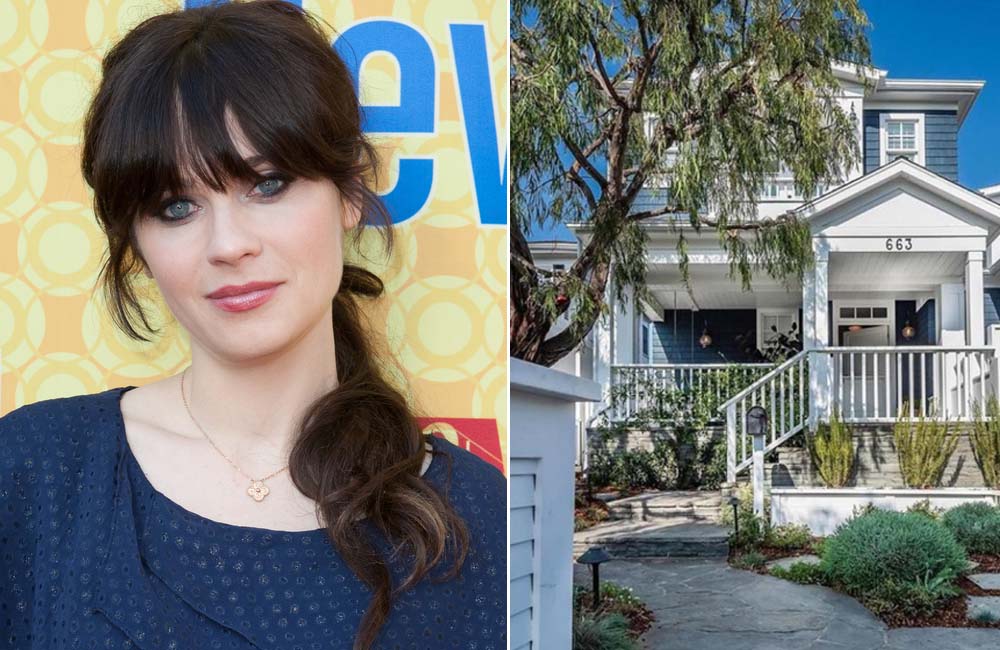 Zooey Deschanel lived in a quaint Hollywood Hills property that set her back $1.69 million – which, for the area, is quite inexpensive – until 2015, when she and, her now ex-husband, Jacob Pechenik moved into a larger $5.58 million wooden furnished home with their 2 children.

In the decade since Tim Cook took over for Steve Jobs, as Apple’s CEO, the company has more than doubled its revenue and, as a thank you for all his hard work, Cook was rewarded with a $750 million bonus, in the form of 5 million shares in the company, which in turn doubled his net worth to  $1.5 billion. 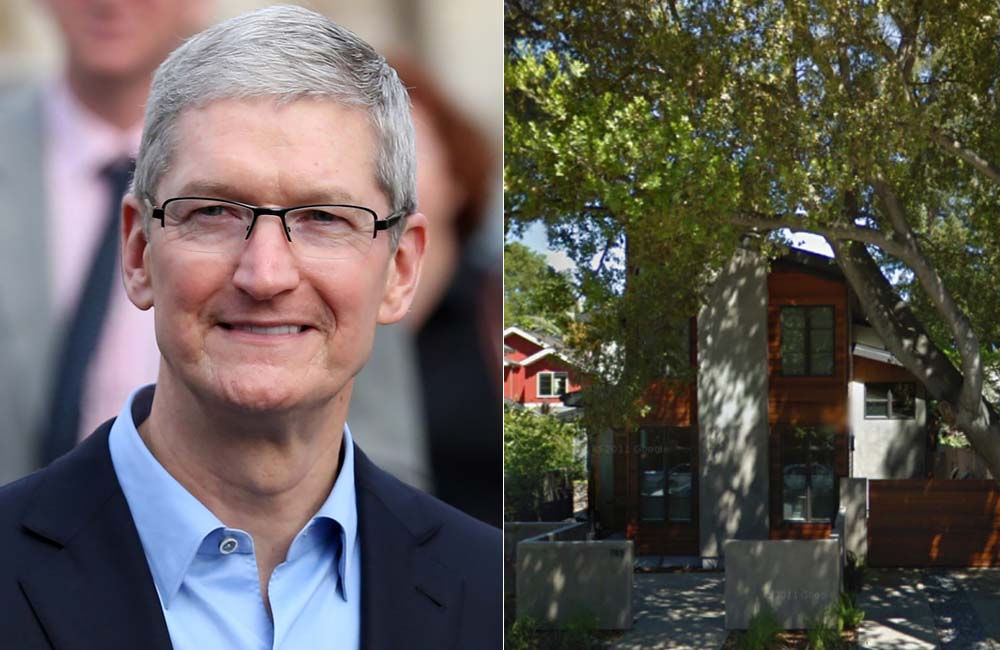 Even with the fortune he had before this bonus, Cook chose to live in a modest 2,400-square-foot home in Palo Alto, California, that cost less than $2 million. Times have changed, however, and the Cooks recently migrated to a, slightly, larger $9.1 million, 10,000-square-foot modernist estate that has a garage that’s almost as big as their old home.

A little more than 5 years ago, following years of being in the spotlight – in part due to his role in the Twilight saga, and in part due to the, now defunct, relationship he had with his Twilight co-star, Kirsten Stewart – Robert Pattinson had, seemingly, had enough of spending money on expensive things he’d never use. 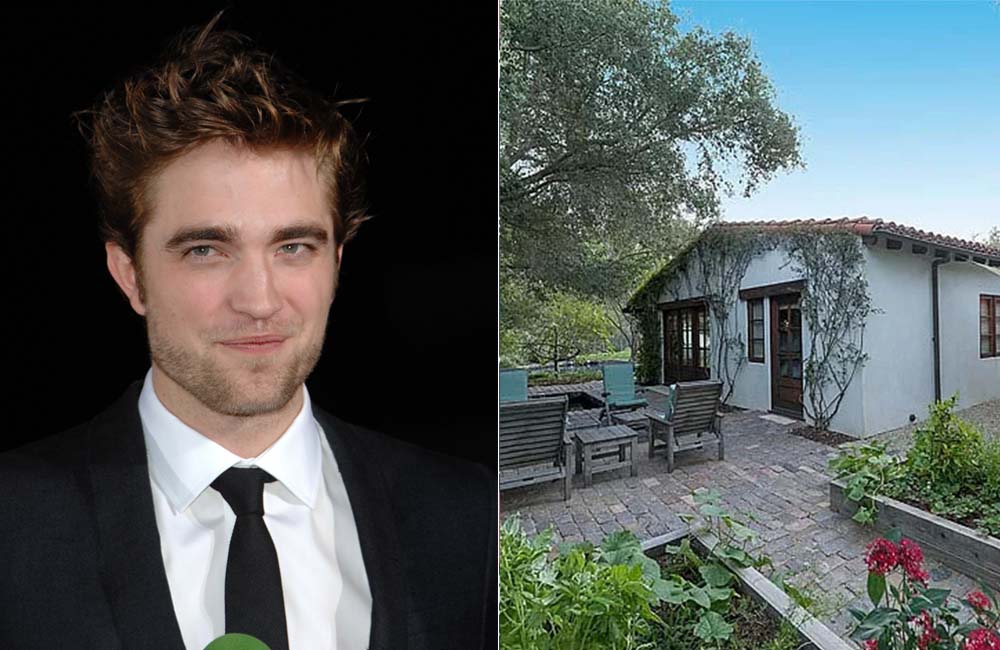 Pattinson decided to sell his  4,000-square-foot home in L.A., and downgrade to one about half the size, for which he paid the reasonable sum of a little more than $2 million. Hidden down a trail, behind another home, is Robert Pattinson’s private bat cave. This “rustic” home is a modest 2-bed 2-bath bungalow, but more importantly, it’s everything Pattinson needs.

Although the Glee star has, more recently, splurged on more gloriously expensive digs, Lea Michele hasn’t always spoiled herself by enjoying the lap of luxury. It wasn’t until the award-winning show’s sixth season, that its leading lady moved into a home befitting of her stardom. 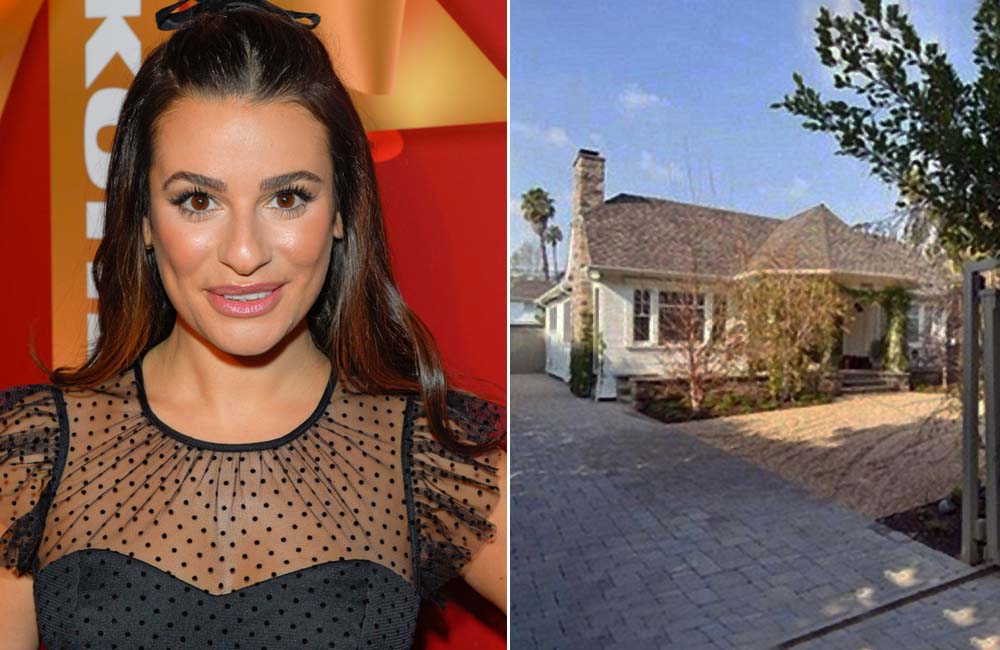 Prior to moving into her current $3 million home, Lea Michele was living in a, somewhat, more modest home that she had purchased for a reasonable sum of $1.4 million. It might not have been a mansion, but the 2-bedroom Los Angeles cottage, that she used to reside in, did have a saltwater swimming pool that was solar-heated and managed to fetch $1.825 million when it was sold in 2015.

After more than 2 decades working at Zappos, just a few months prior to the fire that claimed his life, Tony Hsieh decided to retire, in 2020, and, although he had a net worth of almost a billion dollars, Hsieh decided to pursue another dream of his – one that began 6 years earlier. 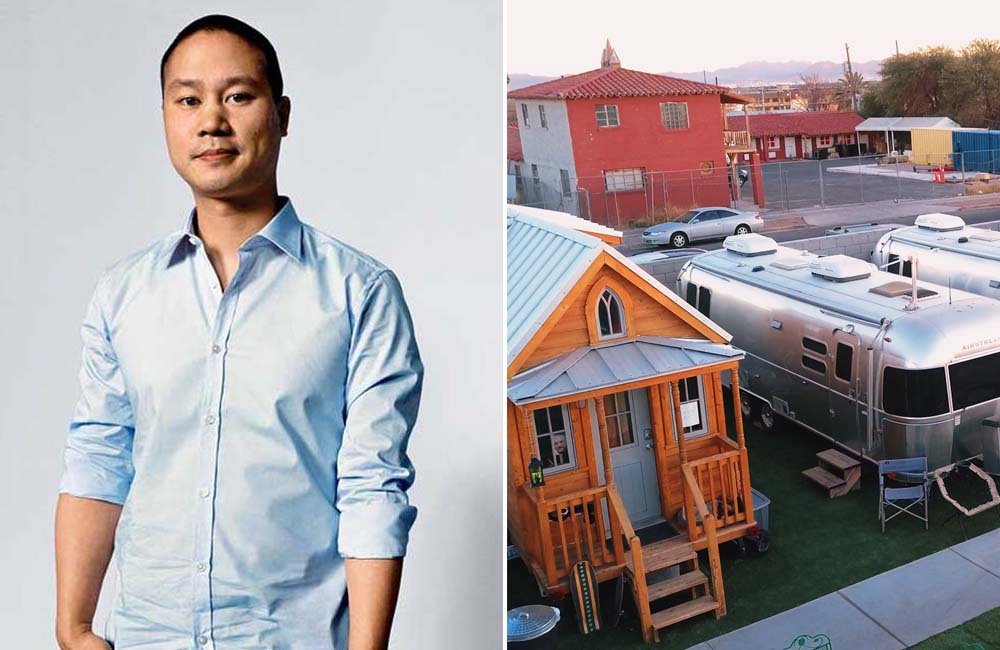 In 2014, when he began the micro-community “Llamapolis”, Tony had dreamt of a “living oasis, where he could maximize serendipity and randomness in [his] life”. It consisted of a few tiny homes and close to 3-dozen Airstream trailers – one of which was where Tony lived with Marley and Triton, his alpacas.

In the fantastic year of 1984, Don Cheadle landed his first professional acting credit. As the years and decades passed, Cheadle’s resume and net worth began to steadily grow. But, as the roles began to flood in, Don Cheadle didn’t give in to the temptation of going all-in on a huge house. 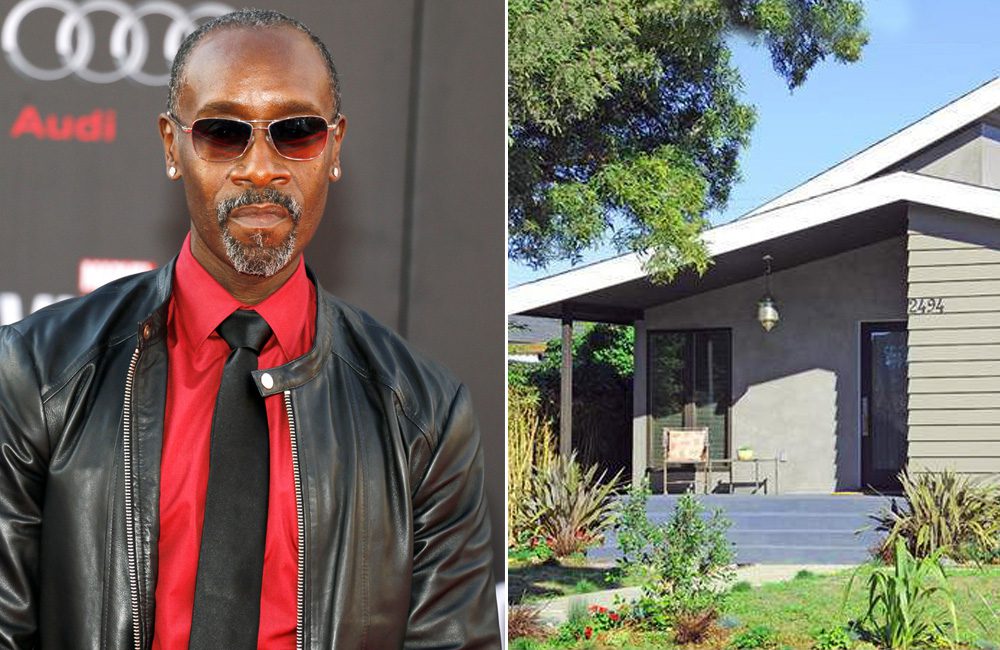 Don Cheadle spent less than a million dollars buying the 1950s bungalow that he purchased about 7 years ago. The industrial-style house in Venice, California, didn’t remain in the family for long, however, as his designer wife, Bridgid Coulter, gave the place a make-over, and they flipped it, not even two years later, for $2.45 million.

Kirk Cousins broke into the NFL in 2012 and played for Washington for the first 6 years of his career. Cousins was a professional athlete making millions of dollars a year, but it wasn’t until he signed with Minnesota, in 2018, that he and his family moved out of their 3,000-square-foot home in Ashburn, Virginia. 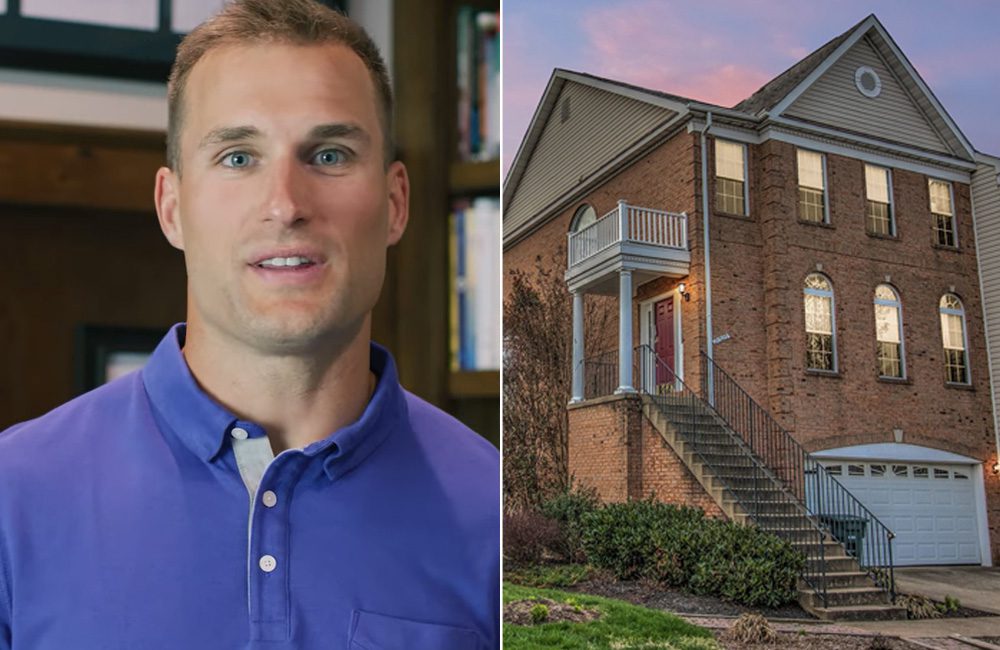 Cousins had been leasing the house from another former Washington football player, who had purchased the home for less than $300,000 in 2000. The 3-floor house with hardwood floors and gas fireplace had everything Kirk and his wife needed for their two children, so there was never any reason to look for anything else. The Cousins are, currently, using some of Kirk’s $70 million to have their dream home built from scratch on the shores of Lake Michigan.

$7 million is by no means a small price to pay for a house, unless, of course, you have a 12-figure net worth – which the social media Goliath Mark Zuckerberg does. Even with a fortune of $116 billion, along with his wife and two children, Zuckerberg is content living in a “quaint” home in Palo Alto, California – one of the most expensive places to live in, the luxurious home of American High-tech, Silicon Valley. 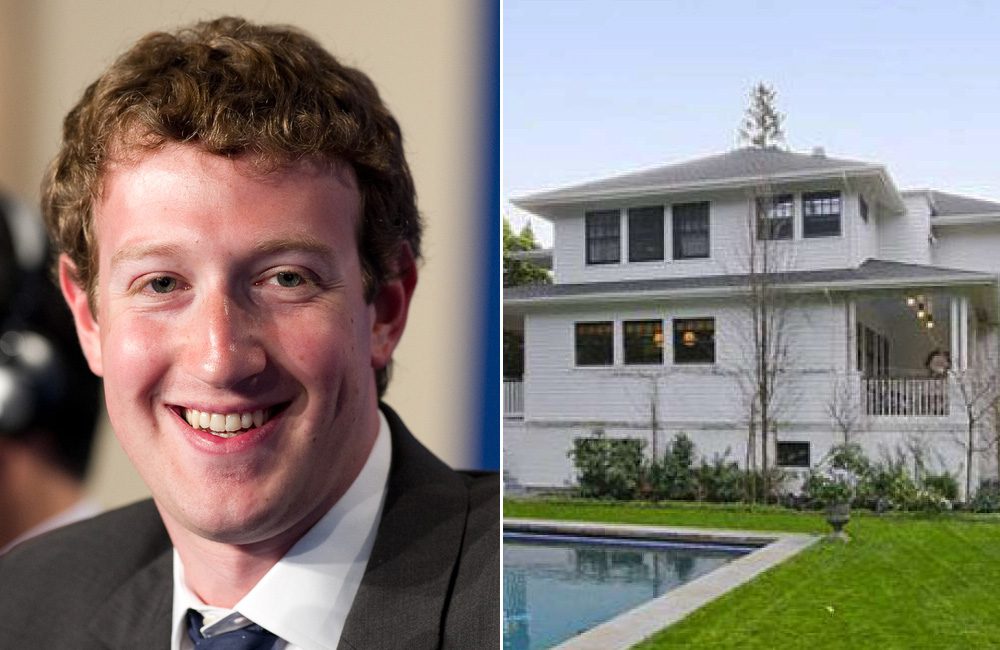 Don’t let the cheap $7 million price tag fool you though, Zuckerberg has also invested more than $50 million buying the properties that surround his home, only to demolish them and re-build smaller ones in their stead. The added privacy given by the surrounding houses has created a homely atmosphere that all parents would be happy to have for their children.

Christina Ricci has been in show business from the time she was only 10 years old. Now, with dozens of film roles under her belt, and a slew of television appearances, including the main role in the 2011 series Pan Am, Ricci has accumulated a net worth of almost $20 million. It wasn’t until a quarter of a century into her career, however, that Christina moved into a house that suited her fame. 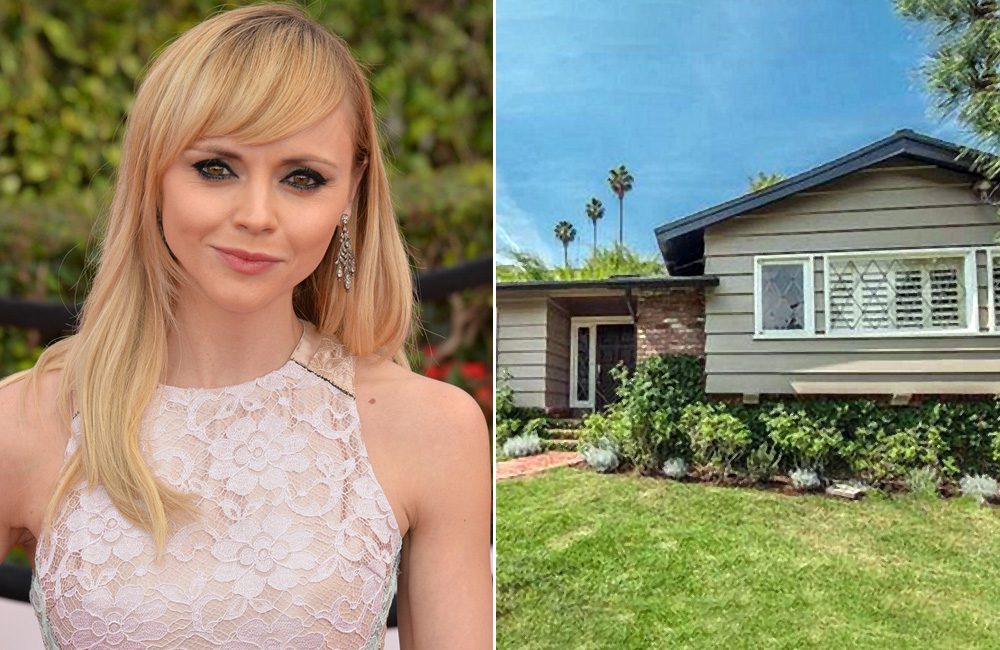 Christina Ricci was living in a celeb-modest 1,891-square-foot New York City home that she had purchased years earlier for a little more than $1.5 million, until 2014 when she was finally ready to trade in the New York City lifestyle for the warmer climate of Los Angeles.

When it comes to celebrities who live in small places, a Major League Baseball player by the name of Daniel Norris, is in a league of his own. When he was drafted by the Toronto Blue Jays, in 2011, Daniel signed a $2 million signing bonus, but still chose to live out of his mustard yellow Volkswagen Van, right through training camp. 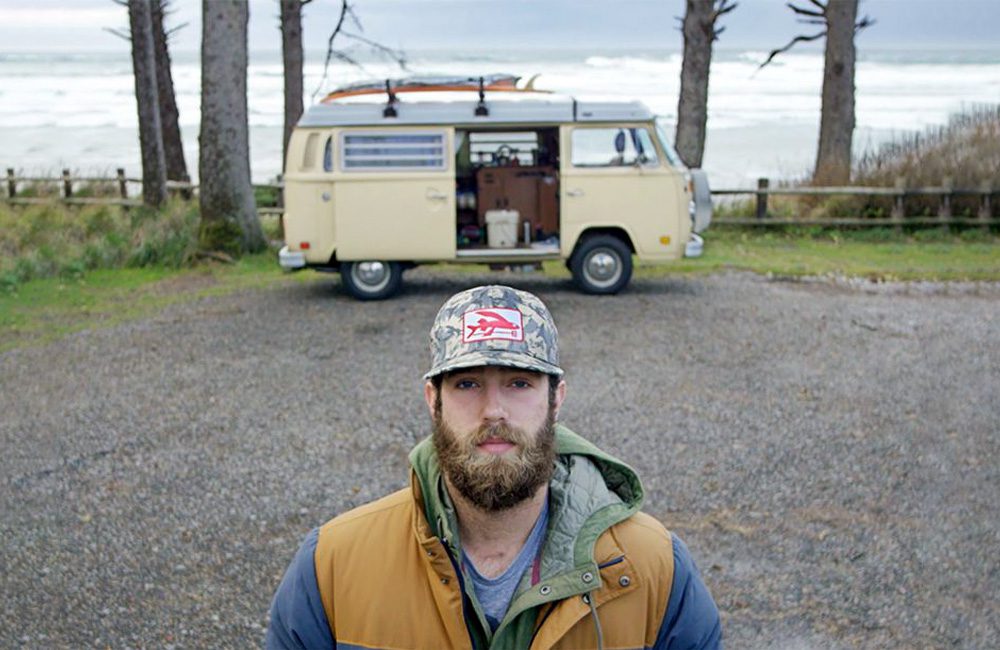 Many people thought that living out of a van was something that Norris would grow out of, but, a decade later, at the age of 32, and with an annual salary of $3,480,000, the pitcher still chooses to live out of his van. Why? Because he “fell in love with that kind of dirtbag lifestyle…”

Very few actors can say that they have done what Jennifer Lawrence has done. That is to say, be a part of a franchise that brought in almost $6 billion worldwide in less than 5 years. As a result of the tremendous success of the Hunger Games series, Lawrence was seeing her bank account reach numbers she had only dreamed of, but she wasn’t letting it get to her head. 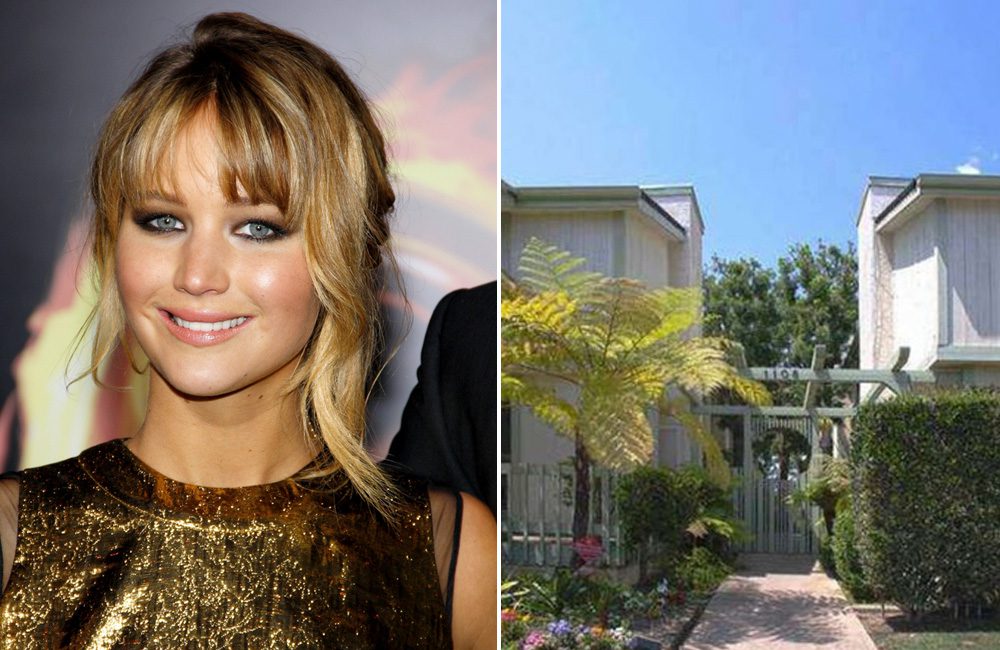 In 2015 alone, Jennifer Lawrence made $52 million and was named, by Forbes, as the world’s “best-paid” actor but, that year, she was still living in Santa Monica, relaxing humbly in her 1,413-square-foot condo that cost less than a million dollars – not bad for someone with a not so small fortune of $160 million.

Most Genius, Elaborate, and Expensive Office Pranks of All Time
If you’re a fan of pranks, you’re in luck, as this article is for you. Everyone’s workplace is different. Some people work in an uptight, quiet office with no shenanigans. Others are fortunate enough to work somewhere where at least a little bit of tomfoolery is tolerated, if not encouraged. The pranks on this list […]
Here’s What Everyday Items Used to Cost 50 Years Ago
The year is 1970. Richard Nixon is the President of the United States. The Apollo 11 crew is less than a year removed from becoming the first Earthlings to step foot on the moon, and children are walking to school in “3-feet of snow. Uphill, both ways.”  The stories Baby Boomers tell their children and […]
Bizarre, Unusual, and Expensive Things You Only See in Korea
Korea often makes headlines, but not necessarily for everything it has to offer tourists. South Korea in particular is packed full of incredible and unique things to see and do, from sculpture gardens to ramen-themed hotels and some seriously interesting snacks. There’s a reason why the country made over $10 billion in 2021 from tourism […]
These Are The Most Expensive Paintings Ever Sold
Everyone, to some extent, appreciates art. Whether you are a season-pass holder at your local museum or a casual observer, paintings and other works of art have impacted your life in one way or another. Not only is art societally-meaningful, it is also very lucrative.   The paintings on this list have all been auctioned off […]
Advertisement