It’s been a long and arduous journey, but, after many decades in the game for some, and just a few years for others, aircraft manufacturing companies are closer than ever to their goals of finding the perfect balance of size, speed, and design, that will take humanity into its next phase of air travel.

Whether a futuristic suborbital aircraft that can travel at more than 15,000 mph, or a completely electric-powered flying hotel, these are a few of the aircrafts that might be hitting the skies in the, somewhat, near future.

In the United States, the ability to fly between small towns with ease is something that has, thus far, eluded commuters. Founded in 2013, and backed by Boeing as well as JetBlue Technology, Zunum Aero developed an aircraft that was designed to help combat the longer than necessary commutes that travelers have been forced to embark on. 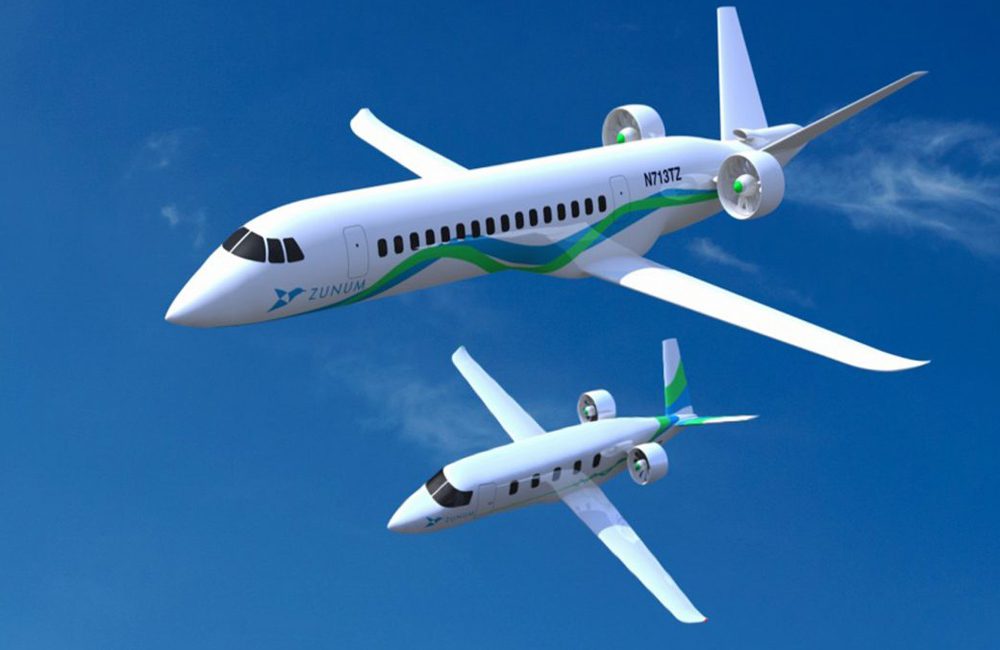 Zunum aimed to have its hybrid aircraft carry passengers, up to 700 miles, to any one of the 15,000+ airports in America, and was designed to leave a small ecological footprint by transitioning completely into an electric vehicle once the appropriate battery technology has been developed. Unfortunately, Zunum Aero was not able to see its vision come to fruition, as the aircraft manufacturer went defunct in 2019.

Leonardo S.p.A’s AW609 was designed to bring the speed of a turboprop airplane and the take-off/landing capabilities of a helicopter together to create a tiltrotor aircraft suitable for the civil sector. It was way back in 2002, that tests of the first prototype began, but it would be a long time yet before this aircraft would attain its certification. 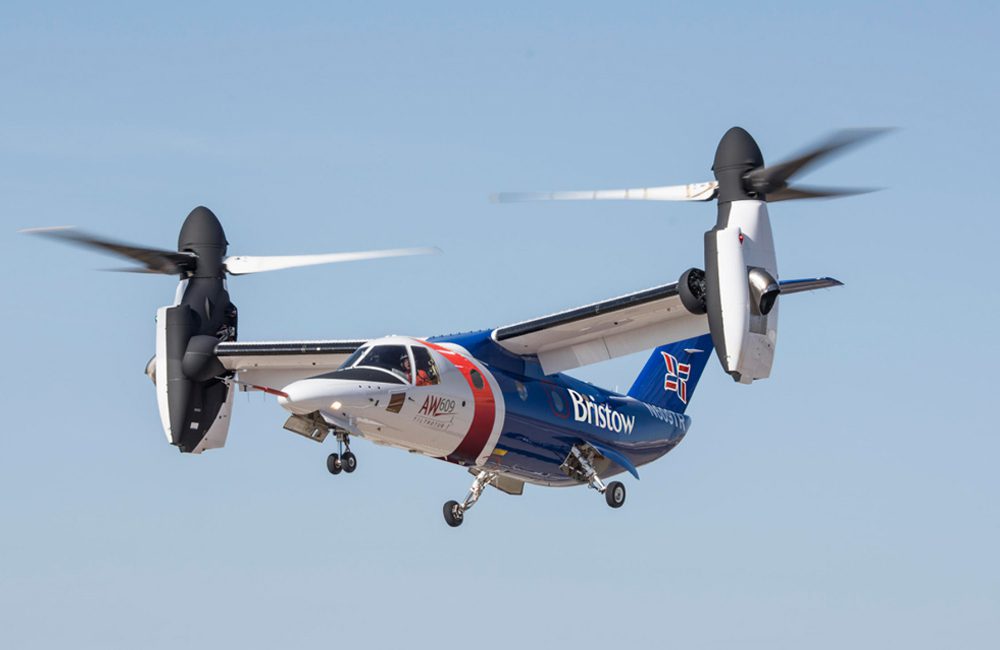 12 years later, in 2014, certification flights began, when the AW609 took its first customer on a demonstration flight. Fuelled by gasoline, not electricity, Leonardo’s tiltrotor aircraft can reach speeds of 337 mph and altitudes of 30,000 ft. After 2 decades of waiting for the AW609 to be completed, it’s expected to, finally, be introduced sometime in the next few years.

When designing a vehicle for the land, sea, or air, manufacturers have, for quite some time, turned to nature for inspiration. For years, planes have been designed to mimic the birds of the sky, perhaps, however, designers were looking at the wrong terrain. Perhaps, they should have been looking to the bird of the sea, the stingray. 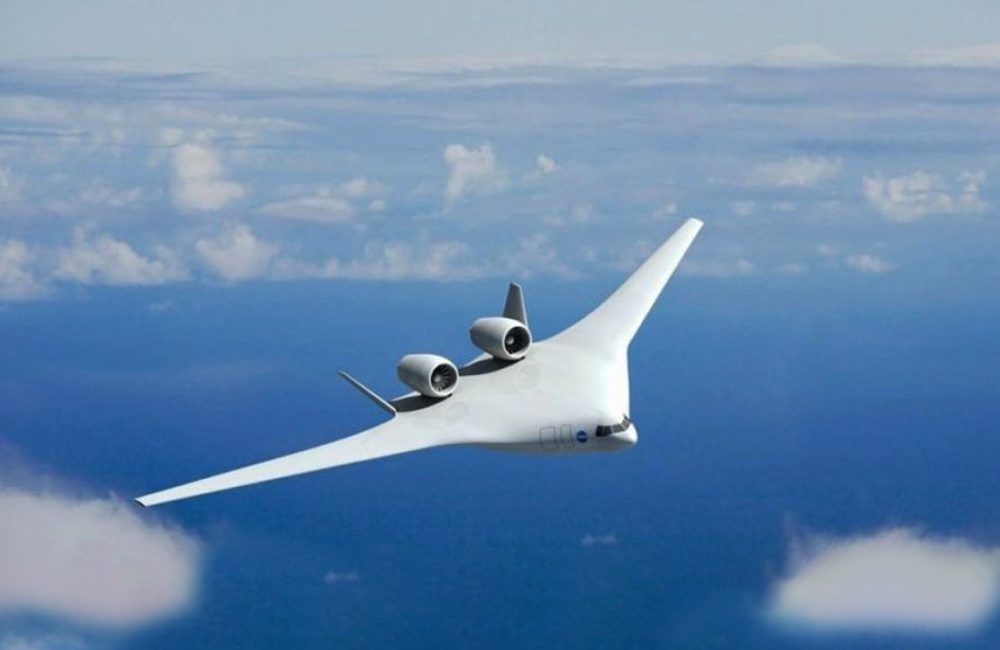 Still, in its concept phase, Boeing’s blended wing body (BWB) aircraft looks like something out of a science fiction film. The obvious benefit of the aircraft’s design is the increased aerodynamics, however, its unique shape also provides the aircraft with an added lift that other designs miss out on – thus the name “Airlifter”.

Boeing’s 787 is not simply a wide-body twin-engine jet airliner, it’s a “Dreamliner”, and with each new model the dream keeps getting better. One of Boeing’s later installments in the series, the 787-9, has a range of 8,786 miles and a cruising speed of Mach 0.85, or 560 mph. 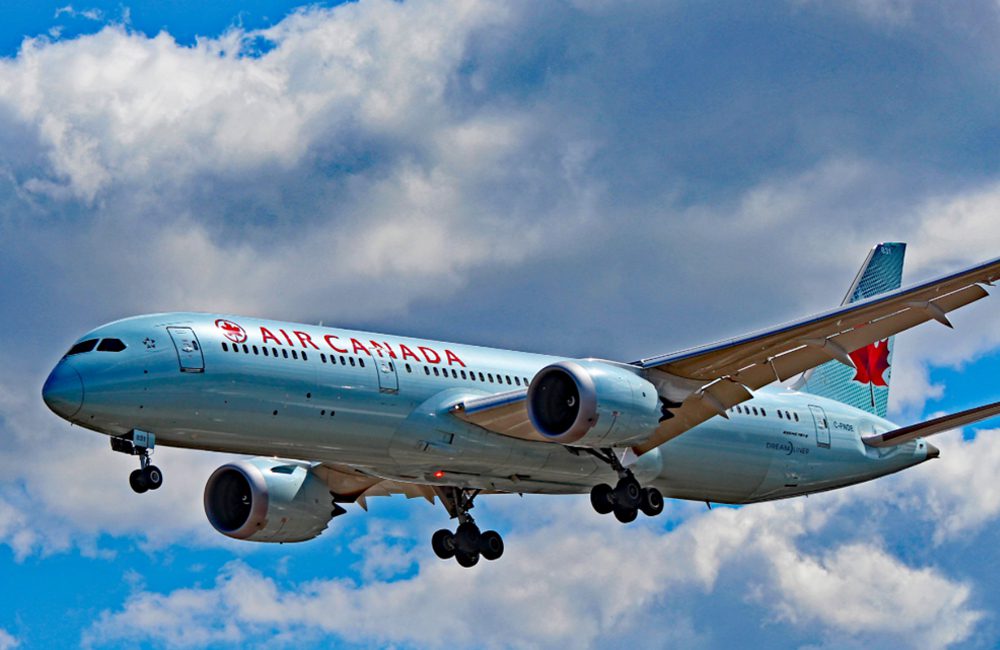 Over the years, Boeing has continued to strive to provide its customers with the best service possible, and, now, that service includes taking 280 passengers on a non-stop 17-hour flight from Perth, Australia to London, England. A world without extended airport transits is not just a dream any longer, it’s a reality.

Having flown its first test flight all the way back in 1969, and officially entered service in 1976, the Concorde holds the distinction of being the first supersonic passenger airliner. Between 92 and 128 passengers were able to fly on the Concorde at a time, and those who did were in for a treat as the aircraft was capable of traveling at 1,354 mph, or Mach 2.04. 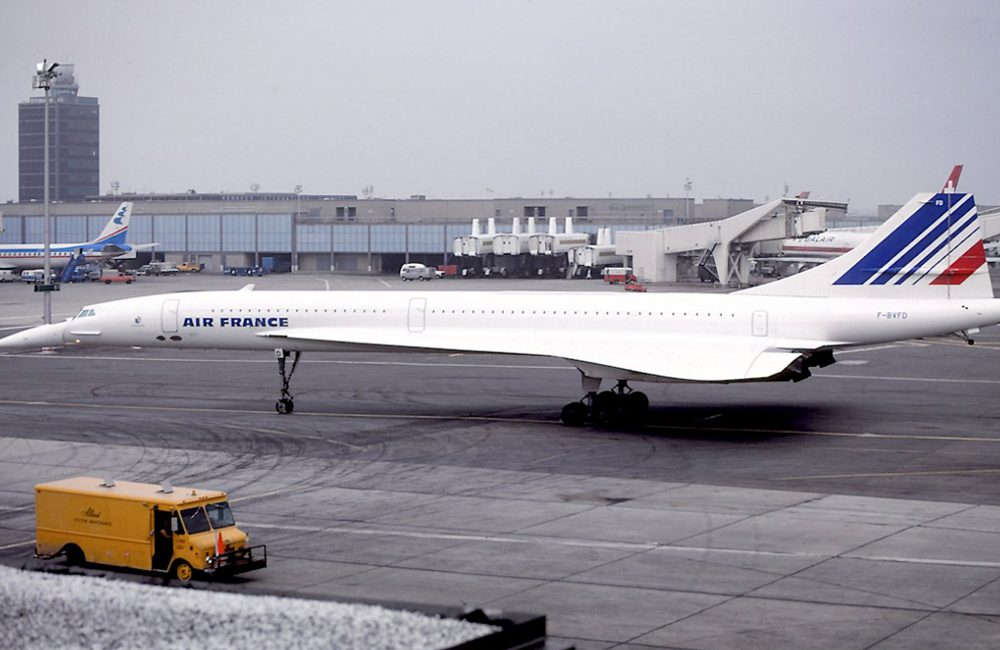 For those counting at home, those passengers were traveling at more than twice the speed of sound, but traveling at supersonic speeds does come at a price. A round-trip ticket from London to New York would have set you back $8,000 in 1997 (~$13,000 in 2021). After 27 years of service, the Concorde was retired in 2003.

For those who had other things on their mind in 2021, and missed it, the civilian space race hit new heights in July, but instead of launching into suborbit for site-seeing, like Jeff Bezos’ “Blue Origin” or Richard Branson’s “Unity 22”, the German Aerospace Center wants to use suborbital travel to get people to their travel destinations quicker. 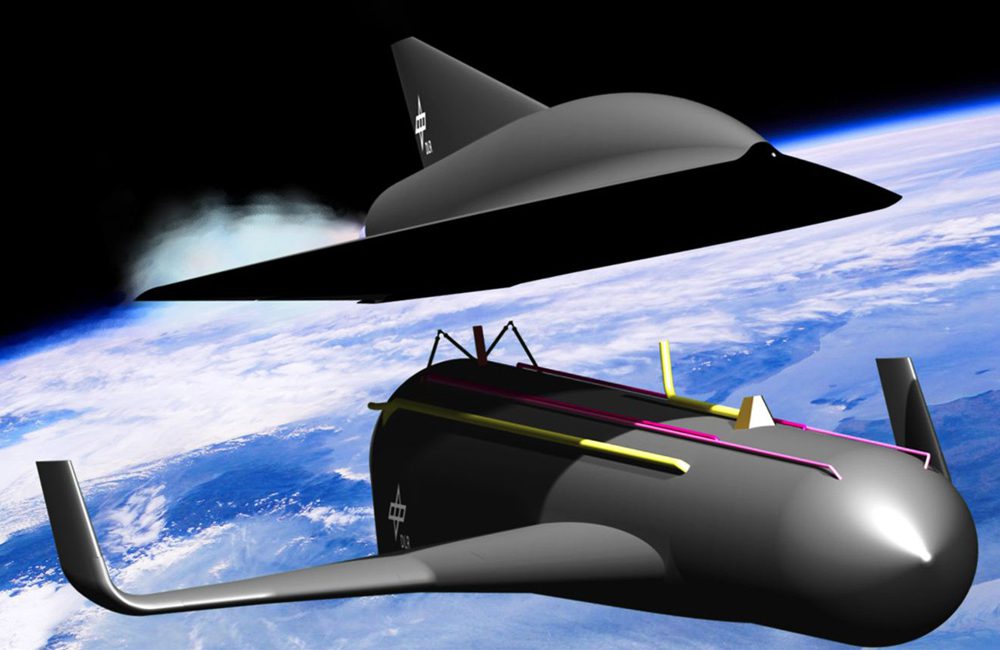 Powered by 11 reusable liquid rocket engines, the German designed Spaceliner will launch vertically into the Earth’s suborbit. Once there, the aircraft will enter into a high-speed glide, reaching speeds of Mach 20 (15,000 mph), while working its way down towards its destination. A passenger’s commute from Los Angeles to London will be cut down to no more than an hour.

Traveling by private jet is a privilege that a small percentage of humanity is privy to. In 2023, however, when production of the Aerion AS2 begins, private jets, as we know them, will forever be changed. It’s been said that the Aerion AS2, or “Son of Concorde”, will be able to traverse a distance of 4,200 nautical miles while maintaining a speed of Mach 1.4. 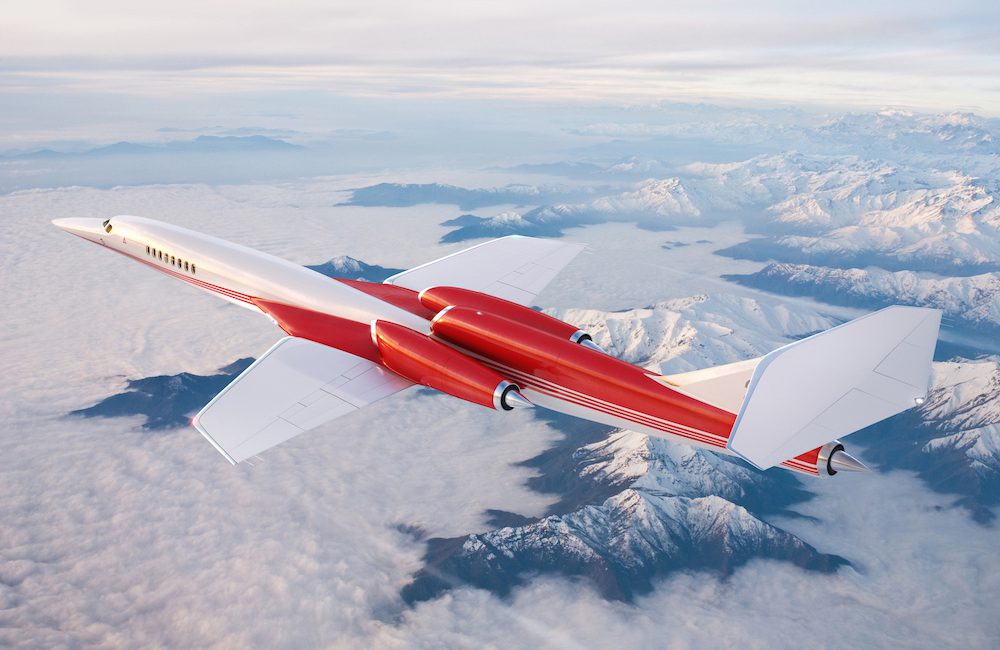 The CO2 output of the AS2 has the potential to be decreased, via the supersonic jet’s GE engines, by up to 85% as a result of the 100% sustainable aviation fuel that it uses. Aerion aims to have its AS2 in service by 2026 and will be able to travel from New York to London in under 4.5 hours with 8-12 passengers onboard.

In 2003, Concorde, the British-French supersonic jet, flew its last flight – which means that it’s been almost 2 decades since there has been a civilian aircraft that could travel at supersonic speeds. The Denver-based startup, Boom, is aiming to end that dry spell by 2026, with “Overture”. 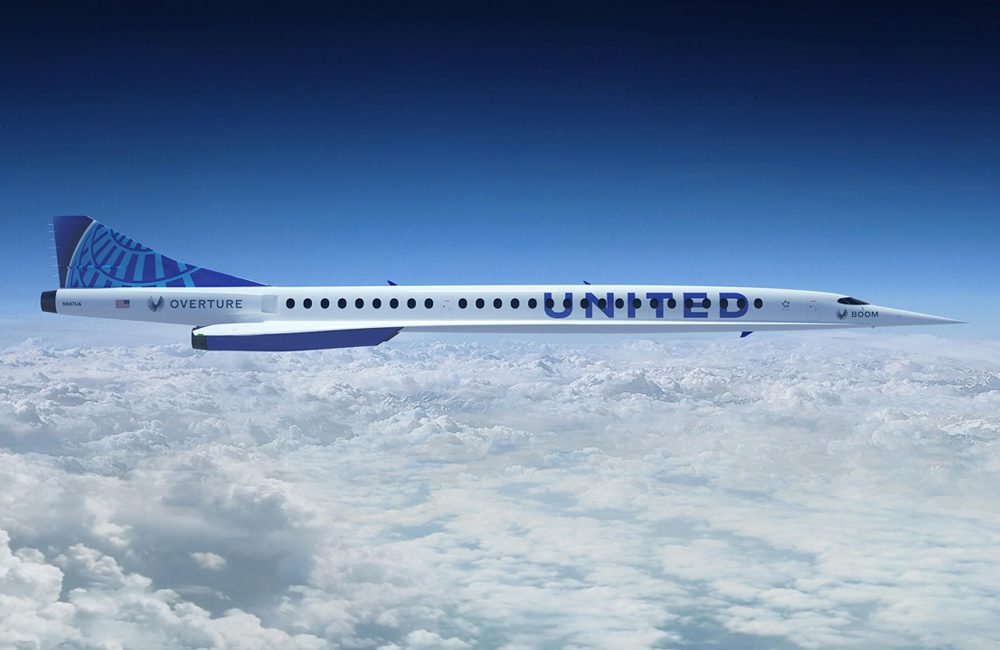 On its engines, which are being developed by Rolls Royce, Boom’s supersonic aircraft is intended to be capable of traveling at Mach 2.2 (or a little more than double the speed of sound). Traveling at those speeds the Overture’s 55 passengers can reach destinations around the world in half the time it takes them now.

The Airbus A220 is a fleet of narrow-bodied aircrafts that accomodate 5 to a row, in seats that are, at least, a foot and a half wide, ensuring ample personal space for passengers. As opposed to the older models in the fleet, which maxed out at around 130 passengers, the new A220-500 model will have a minimum capacity of 150. 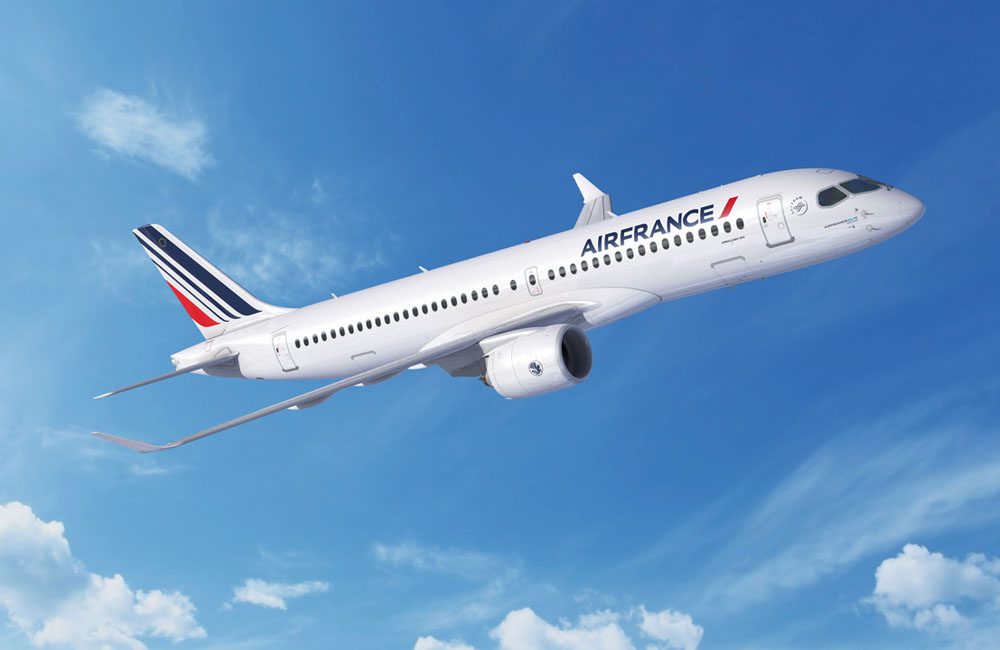 As seen in the case of the Airbus A220-500, more passengers does not always mean less space. Aside from the spacious seats, this plane will have larger overhead compartments, as well as 2 windows per row, instead of the usual one.

The Vahana is a one-seat urban transportation aircraft that can move up and down vertically providing commuters with building top-to-building top travel routes across most major cities. Instead of being powered by fuel, as most aircrafts are, the Vahana’s 8 electric motors operate via a 38kWh battery. If that’s not impressive enough, it’s also completely autonomous. 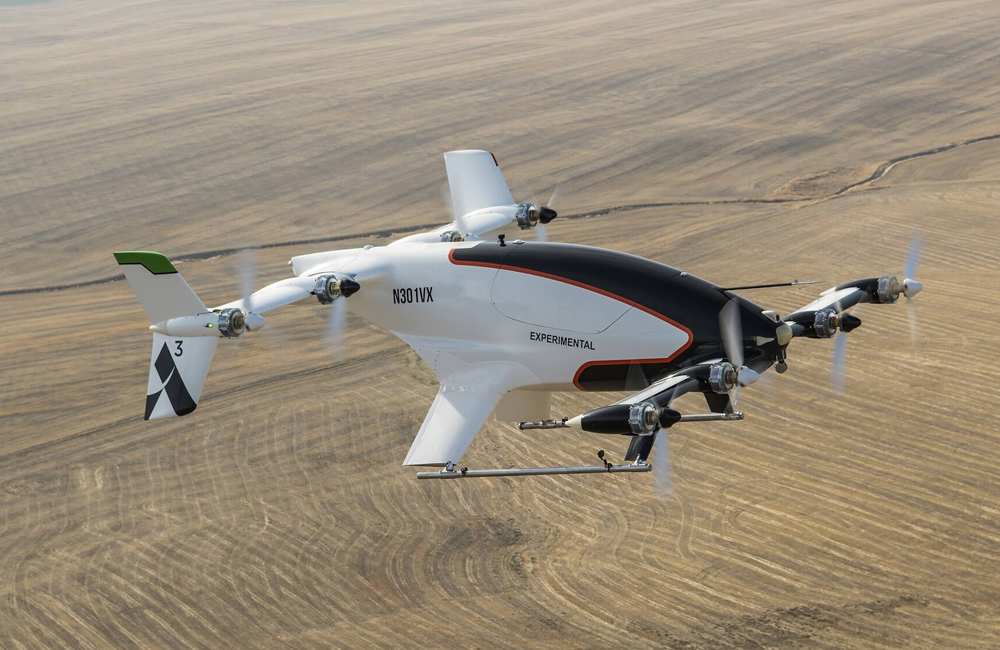 Led by the smart sensors in its nose, the Vahana is capable of maneuvering, pilotless, through city skies with ease. Airbus’s self-piloted city transport has a range of just over 30 miles and, with a cruising speed of close to 120 mph, can get travelers to their destinations in a quarter of the amount of time that it would take if traveling by car instead.

With the goal of one day developing a fully electric airliner, Airbus has been hard at work the past few years researching and developing smaller inter-city “demonstrators” that are meant to move one’s commute from the road to the sky. Cruising over the city at 75 mph, the CityAirbus just might be the future of carpooling. 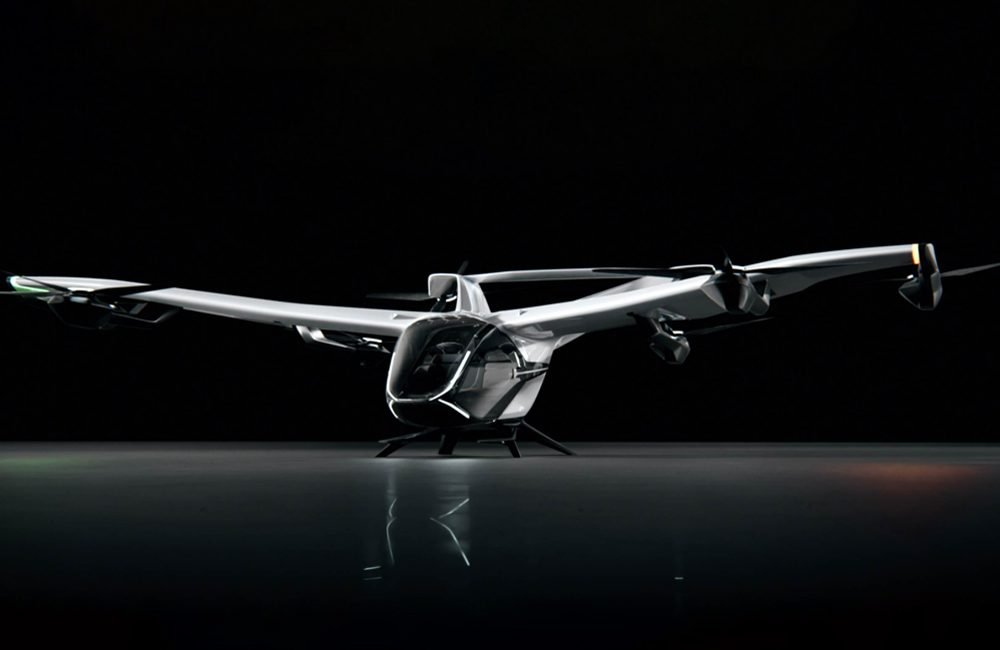 The CityAirbus is a fully-electric vertical take-off and landing (eVTOL), and, with its 8 electric motors, is, essentially, just a larger version of the Vahana, but with a capacity for four passengers, instead of one. The CityAirbus will be able to fly longer distances than the Vahana, reaching distances of up to 50 miles on a single charge, while transmitting zero emissions along the way.

Similar to what the folks at Zunum Aero had in mind with their electric hybrid aircraft, the Israeli startup, Eviation, also has plans to utilize smaller airports to the benefit of local travelers. Alice has been designed to seat 9 people comfortably, and carry them to local destinations, without the inconvenience of larger airports, while doing so at one-quarter of the cost. 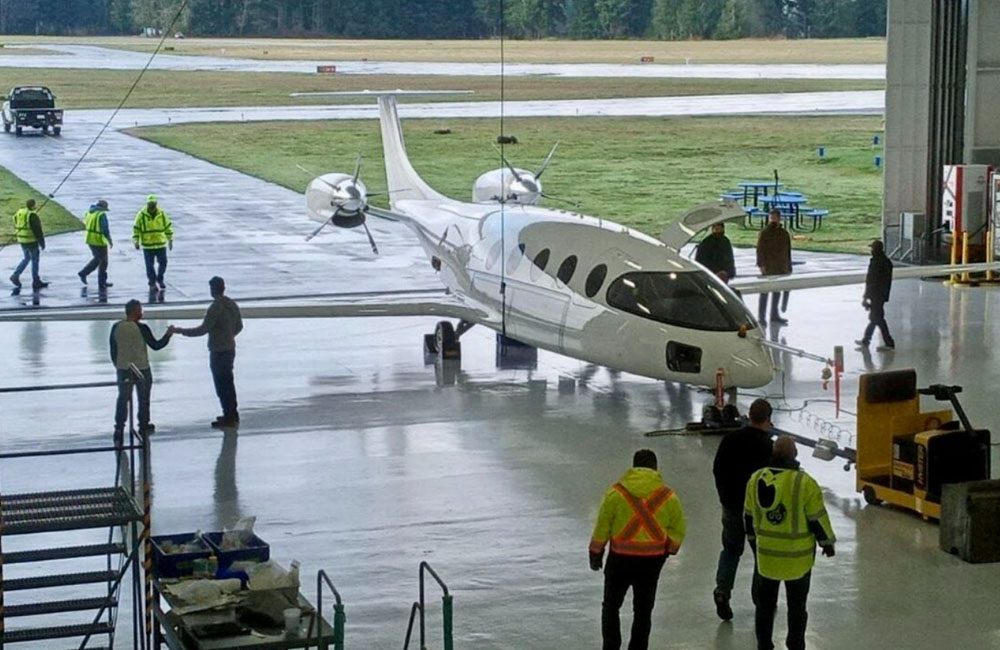 Alice is an electric passenger plane that will have the ability to travel over 500 miles with ease at a cruising speed of over 250 mph. Omer Bar-Yohay, the founder and CEO of Eviation, wanted to create the “world’s first all-electric commuter aircraft” and, in 2023, if Alice gains certification as planned, he will have succeeded.

A few years ago, NASA developed a $790 million initiative that, if all goes as planned, will replace modern-day commercial aircrafts with eco-friendly electric ones. The name of the program is “New Aviation Horizons”, and the single passenger, fully-electric, X-57 (or, Maxwell) is one of its prototypes. 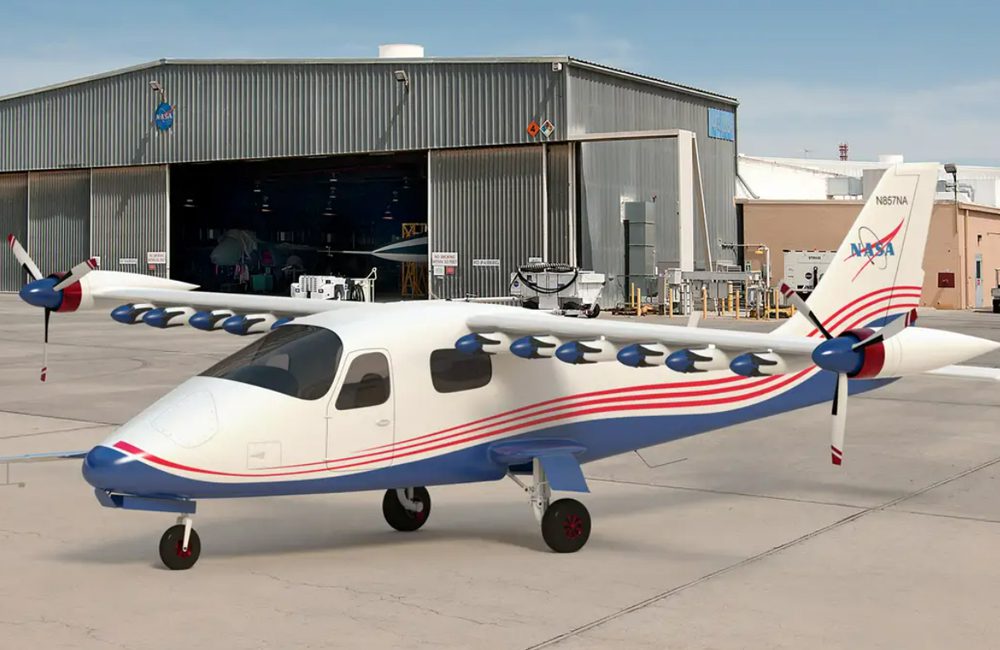 The X-57 has 14 electric motors, which it will use to take off and land, however, only its two outermost motors will be used while cruising through the skies at speeds of up to 175 mph. The Maxwell operates with minimal sound and zero in-flight emissions, not to mention it operates at about 30% less than the current alternatives. NASA’s first fully electric passenger plane’s inaugural flight is scheduled for lift-off on February 24th, 2022.

In the race to go electric, Pipistrel, a Slovenian aircraft manufacturer, was the first out of the gate with its two-seat Alpha Electro, which is already in production. Powered by its water-cooled electric motor, the Alpha Electro’s electrical fees are only about 10% of what they would be if powered by gasoline instead. 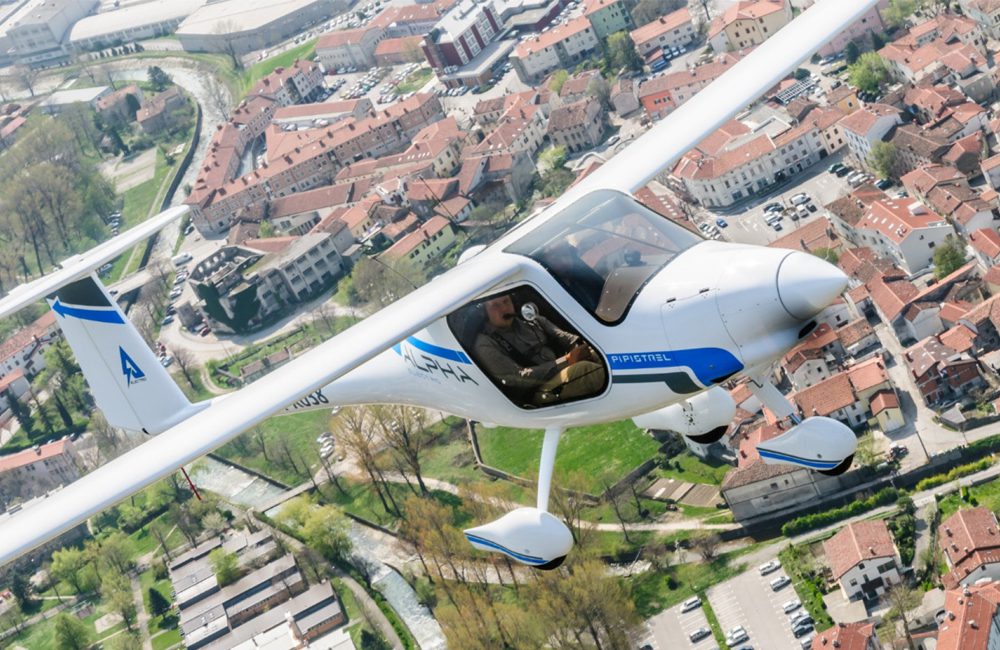 The Alpha Electro’s 277 pounds of LiPo battery cells have enough power for a little more than 60 minutes of flight, however, once on the ground, it only takes about 45 minutes for the battery to be fully recharged. If that isn’t fast enough for you, the aircraft’s battery can be swapped out in just 5 minutes. The Alpha Electro is, currently, the world’s only “commercially available electric airplane”.