Advertising, whether you love it or hate it, is a huge part of our culture. Whether it’s the jingles that become earworms in our heads, or the iconic billboards that sear their images into our memories, ads have an incredible ability to induce nostalgia, marking the passage of time.

Below are some of the most influential ad campaigns in American history. These are not just simple advertising attempts, but images and words that have shaped American culture, and dramatically altered the course of American spending habits. Can you recall the chapters of your life when you first heard or saw these classic advertisements?

In post Great Depression America, it would be an understatement to say that diamond sales were low. When De Beers hired a small NY advertising agency called N.W. Ayer to try to revitalize the demand for Diamonds. It was a young copywriter by the name of Francis Gerety who came up with the iconic slogan, “A diamond is forever.” 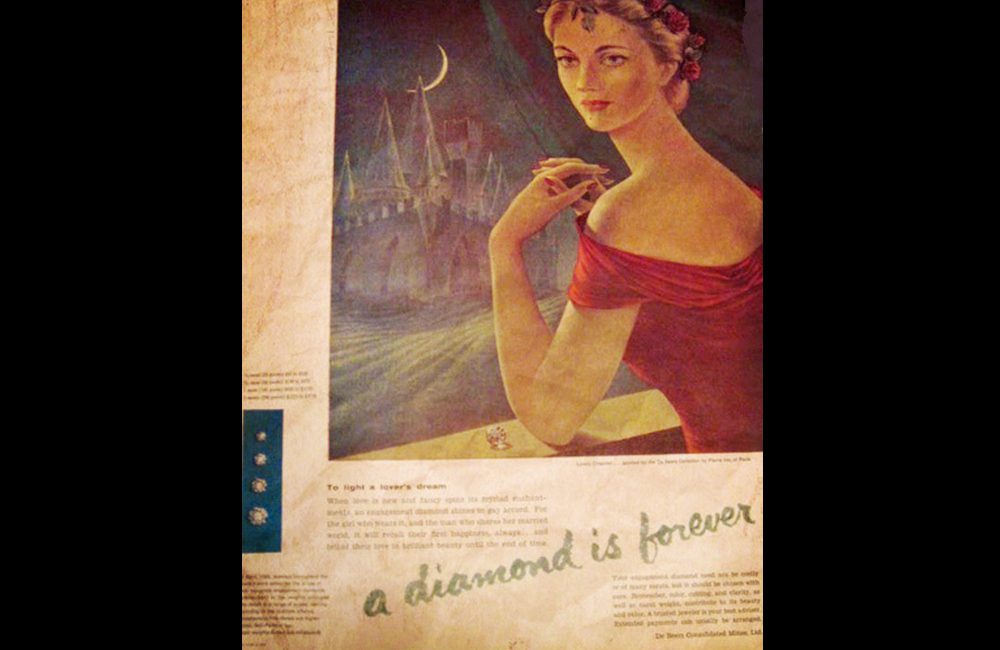 By establishing the association of diamonds with eternal love, De Beers made a huge comeback and by the early 1950s, eight out of ten engagements in America were celebrated with a diamond ring. In 1999, Ad Age magazine voted the slogan the top advertising slogan of the 20th century.

Sometimes a clear product benefit exhibition does the trick when you have something as simple as a box of cereal to sell. Life Cereal knew that all they needed for success was to convince parents that their pickiest child would love this cereal. So began one of the longest continuously running ad campaigns in history. 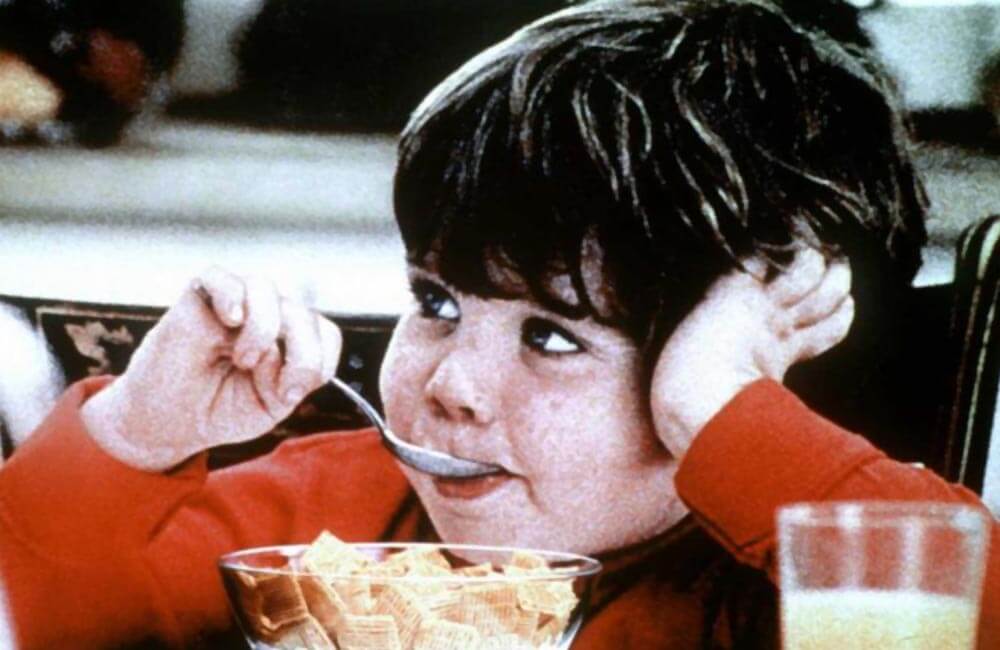 The premise was simple. Two older boys are afraid to try this new cereal, so they convince their little brother, Mikey, who doesn’t like anything, to try it. And sure enough, “Mikey Likes It.” These words heard round the world pivoted Life cereal to become the default cereal on the market for many years to come.

As the 1950s came to an end, most people were looking for cars that were fast, showy, spectacular achievements of engineering. Volkswagen and advertising agency DDB decided they wanted to make a bold and unexpected choice in how to promote the Volkswagen Beetle. 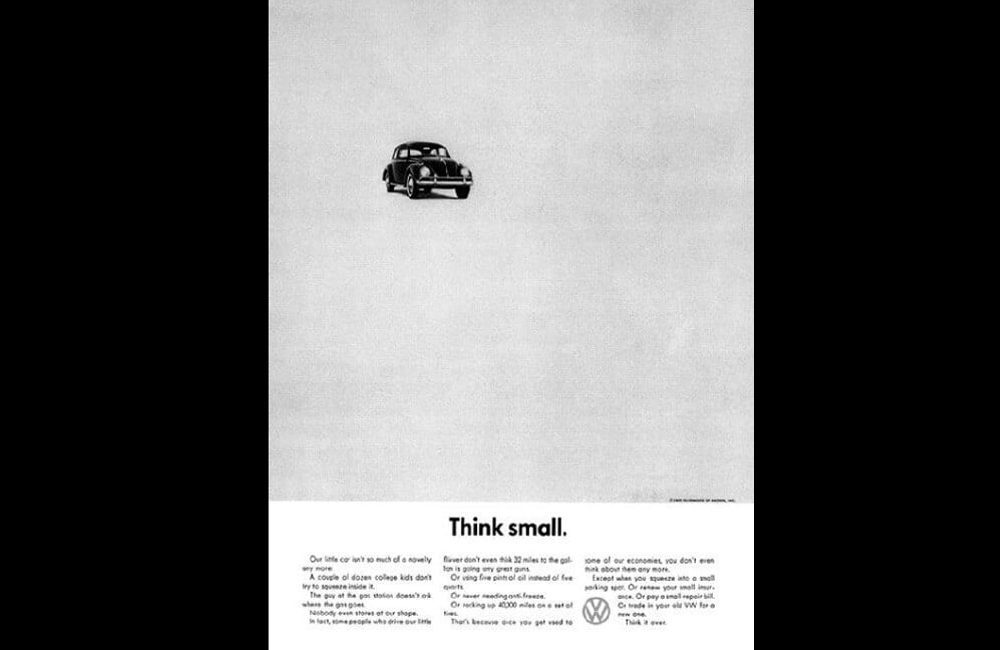 They decided to embrace the simplicity of the Beetle, showing only a small image of the car on a large white background in black and white. The text, “Think Small,” grabbed your attention, and beneath it listed the benefits of owning a small simple car. The counterintuitive ad ended up working incredibly well.

“Just Do It,” is perhaps one of the most iconic slogans in the history of advertising. These three words evoke intoxicating inspiration and excitement that makes you want to follow your dreams. That’s the kind of emotional tug that gets you to buy a pair of shoes. The campaign, launched in 1988, increased Nike’s share of the sport-shoe business from 18% to 43% over the next decade. 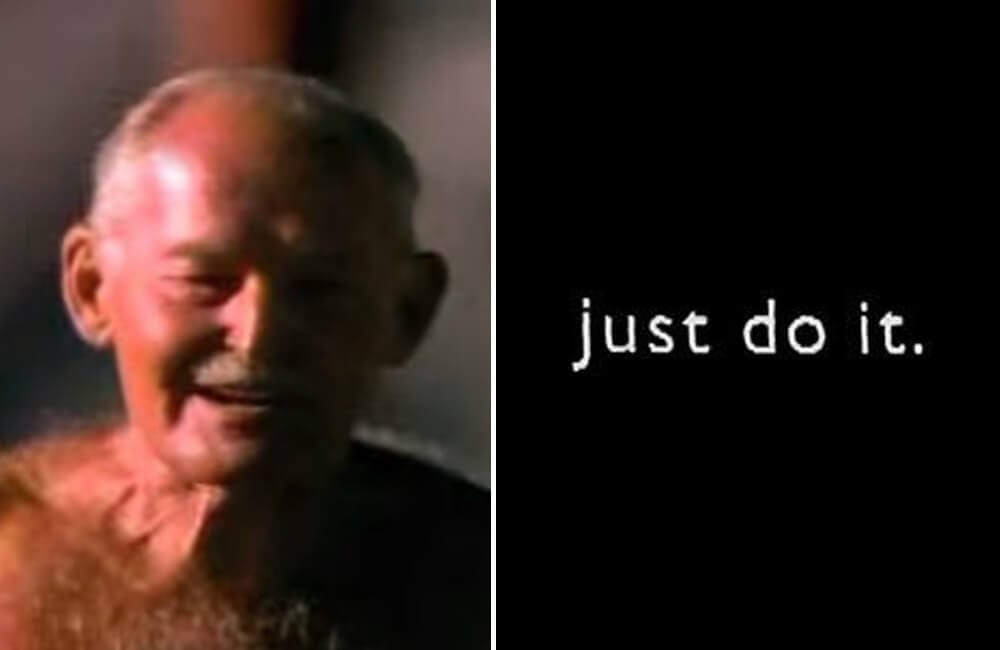 Although we all know the slogan, many people don’t know that Dan Wieden of the ad agency Wieden and Kennedy came up with the idea when reading about the execution of a convicted killer named Gary Gilmore whose famous last words were, “let’s do it.”

Shirley Polykoff was one of only a handful of female copywriters in 1957 when she came up with the genius line, “Does She or Doesn’t She?” for Clairol hair dyes. At the time, the idea of dying one’s hair was foreign to the average American woman. This was something thought of only for celebrities or famous people. 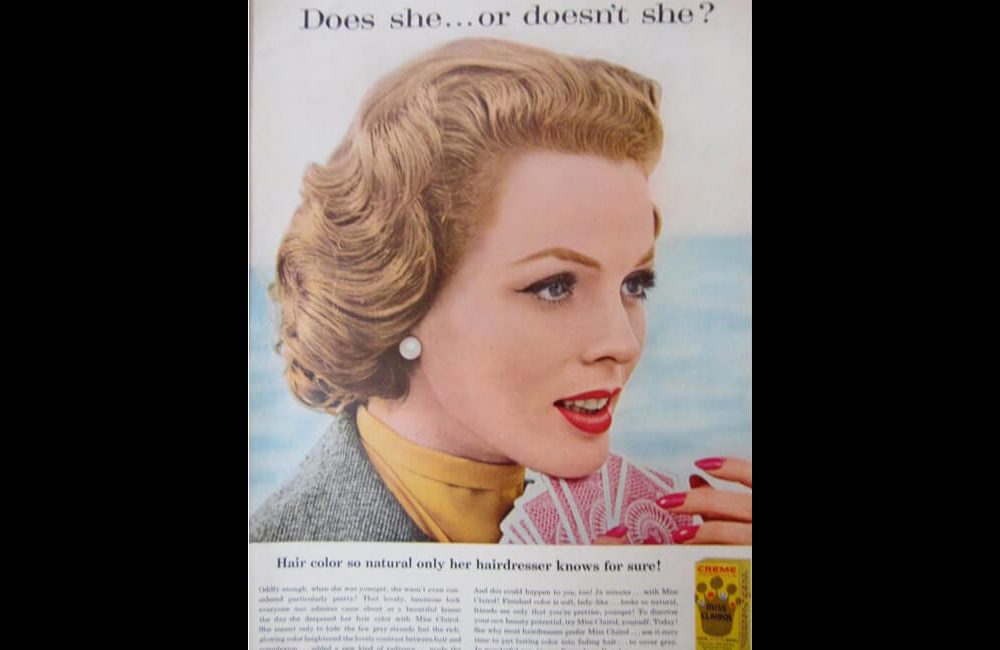 1957 Clairol "Does She Or Doesn't She?" @viettimarketing / Twitter.com

But the campaign blew up, making Clariol a household name and the slogan was an instant catchphrase. In less than 10 years half of all American women were coloring their hair, in large part due to the ad’s popularity, and Shirley would become the first female vice president at her agency.

Whereas many ad campaigns try to boost their own product by its merits alone, sometimes you have to take a little dig at your competitors to really change the game. Wendy’s took pride in the substantial amount of fresh beef used in their burgers so they took the opportunity to make fun of the scrawny little burgers of their competitors. 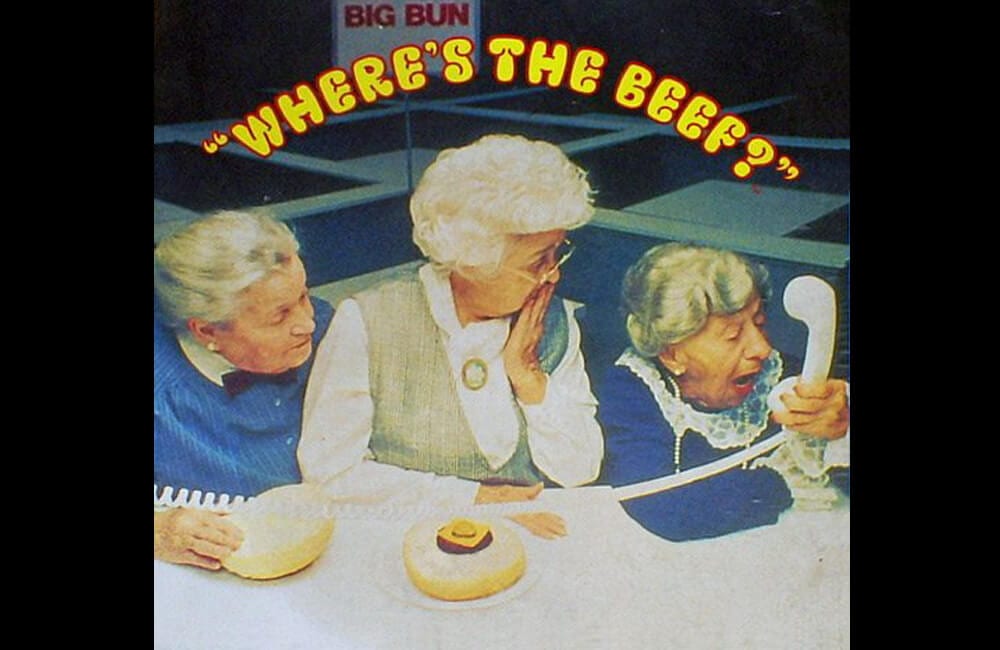 The commercial which featured three funny old ladies inspecting a burger with comically large buns and barely visible beef skyrocketed Wendy’s to success and boosted their revenue by 30%. More than that, it became a catchphrase so popular it is often used today as an idiom to question the substance of an idea.

It may have been the simplicity of this campaign that brought Miller Lite to dominate the light beer market throughout the late ’70s and ’80s, but it also may have something to do with the fun commercials. Ad agency McCann-Erickson Worldwide created this campaign to make beer drinkers realize that a less heavy beer did not have to come at the sacrifice of good taste. 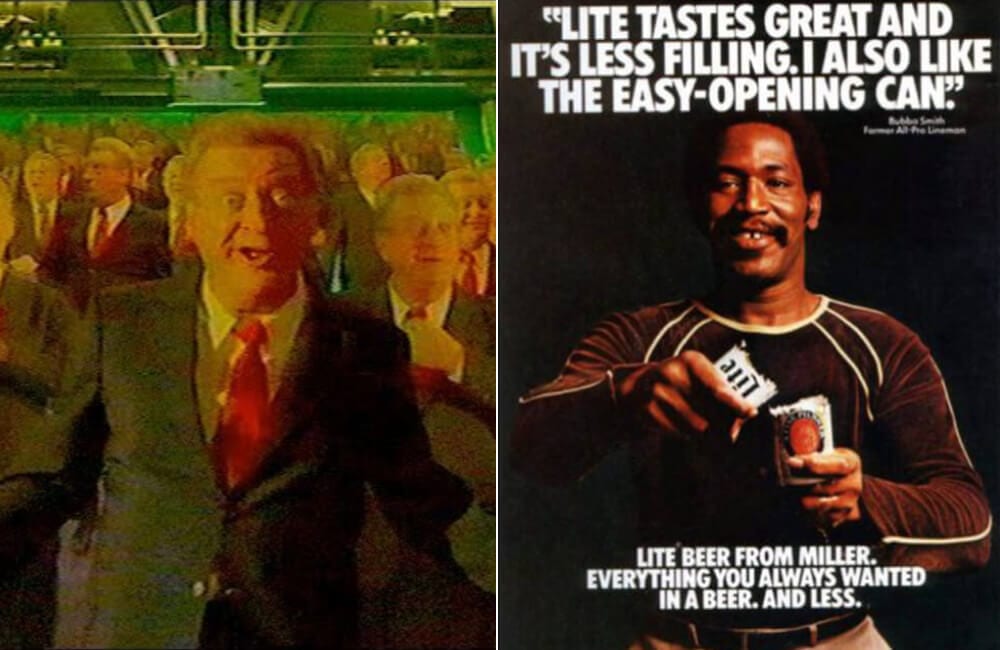 Miller Lite became the iconic “dad” beer of the ’70s and today it has seen a resurgence as “vintage” beers seem to be of interest to today’s millennials. In 2008, Miller Lite revived the classic “Great Taste, Less Filling” campaign to compete with Anheuser-Busch.

In the late ‘90s and early aughts, kids and adults alike could be caught uttering the “wassuppp” catchphrase amongst peers and coworkers, creating camaraderie and myrrh at the mere utterance of the word. Budweiser knew they had a hit on their hands and used the commercial for many years. 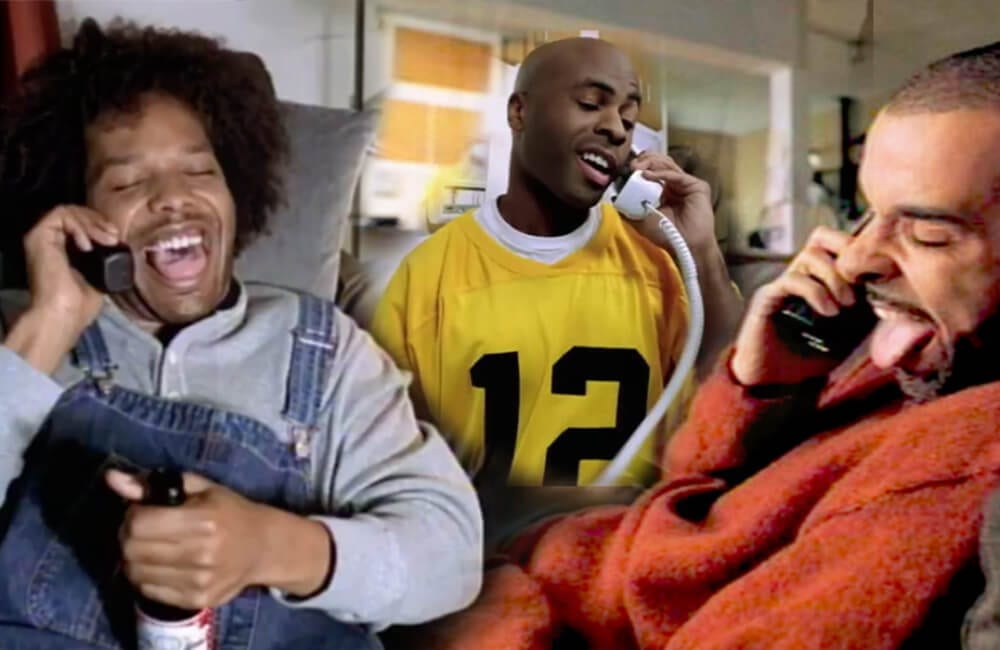 Creatives from the ad agency DDB in Chicago had seen a little short film going viral around film festivals in which characters said “wasssup” to each other in a comical way. They loved it so much they convinced Budweiser to let them hire the director of this film, Charles Stone, to recreate it as a commercial for Budweiser.

Although in today’s media landscape, we associate jingle advertising with local used car dealerships and wonky radio commercials, the 1970s were the heyday for catchy jingles used in advertising of nearly all major brands. McDonalds was no exception, and the “You Deserve A Break Today,” jingle became one of their most iconic. 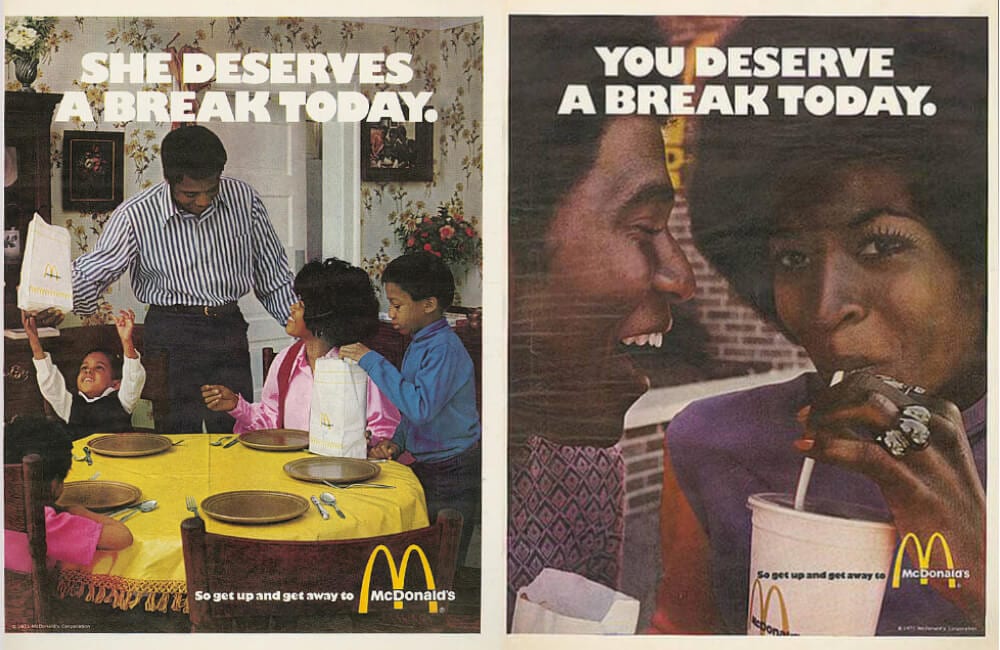 Ad agency Needham, Harper and Steers used market research to discover that consumers were tired of the same-old-same-old dinners and wanted some relief from cooking every now and then. They won McDonalds over by pitching them a catchy tune that would reinforce the idea that McDonalds is there when you need a break from the stresses of daily life.

Another hit from ad agency DDB out of Chicago, this clever campaign rose Avis out of their grave. The brand went from losing 3.2 million to earning 1.2 million in the year that followed this legendary campaign. The ads featured different benefits that Avis provides because they have to in order to stay in business.

The “we try harder,” campaign is beloved by advertising creatives around the world and is often used as an example for honesty in advertising as well as thinking outside the box, and for turning a company’s negatives into their positives. In case you’re wondering, the #1 company at the time was Hertz, who just recently filed for bankruptcy.

To call the Coca-Cola classic song, “I’d Like to Buy the World a Coke” a jingle would be an understatement. This song originated on the radio only as a commercial and was so popular that radio disc jockeys started to get requests for the song. This led agency McCann Erickson to take their hit and turn it into a TV commercial.

The commercial took advantage of the “flower-power,” hippie movement of the late ’60s and early ’70s, and featured an array of peaceful, diverse young people singing this beautiful folk song on a hilltop. It was such an iconic ad that AMCs hit series Mad Men actually featured the real commercial in the finale of the show.

More than just a slogan, “Breakfast of Champions,” became basically the permanent identity of Wheaties and has kept them thriving for over 80 strong years. It all started with baseball. They convinced star athlete, Lou Gehrig to lend his likeness to the brand and so he was the first “champion” the box was referring to. 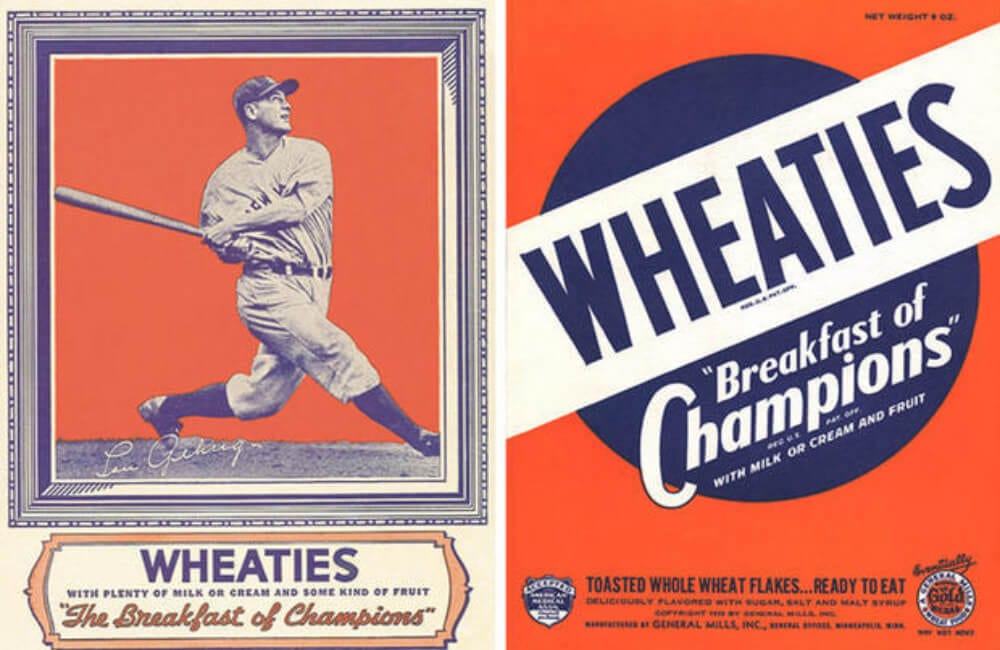 In the 1930s Wheaties made radio commercials featuring the tag-line, and they hired one sports broadcaster from Des Moines, Iowa to record the voiceover for their commercials. This actor became a voice-over sensation and he eventually made it to Los Angeles to pursue a career in acting. His name was none other than Ronald Reagan.

This one is another hit jingle from the early days of the jingle era of advertising. As a major earworm, this one stuck around for quite some time. When Alka-Seltzer wanted to double sales, their agency came up with the simple idea of just marketing the product as something you need to take two of for relief, effectively moving more product off of store shelves. 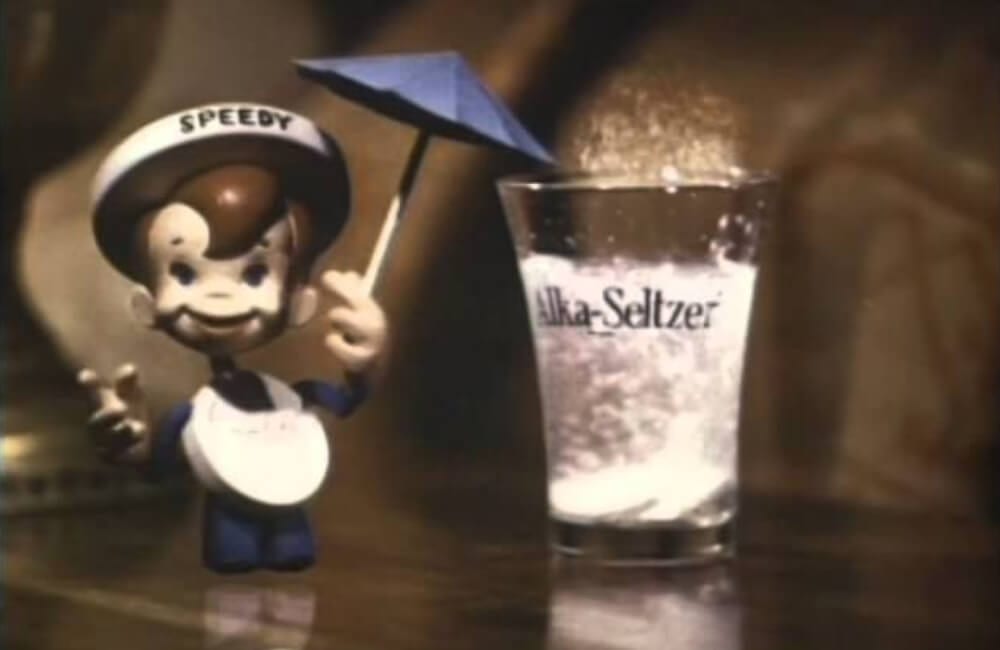 Plop plop fizz fizz, engrained the idea that you need two plops and two fizzes from two tablets of Alka Selzer. From that point forward the tablets came in packs of two and just like that, they had doubled sales. Now that’s a relief if you’re in the business of selling stomach relief medicine.

Who wants to be a wiener? Well, apparently in 1963 that was a desirable trait for children across the country. This animated advertisement in the style of a Peanuts cartoon featured a group of three small children marching and singing, “I Wish I Were an Oscar Mayer Wiener…”
Why? No one really knows. But it sure was catchy! 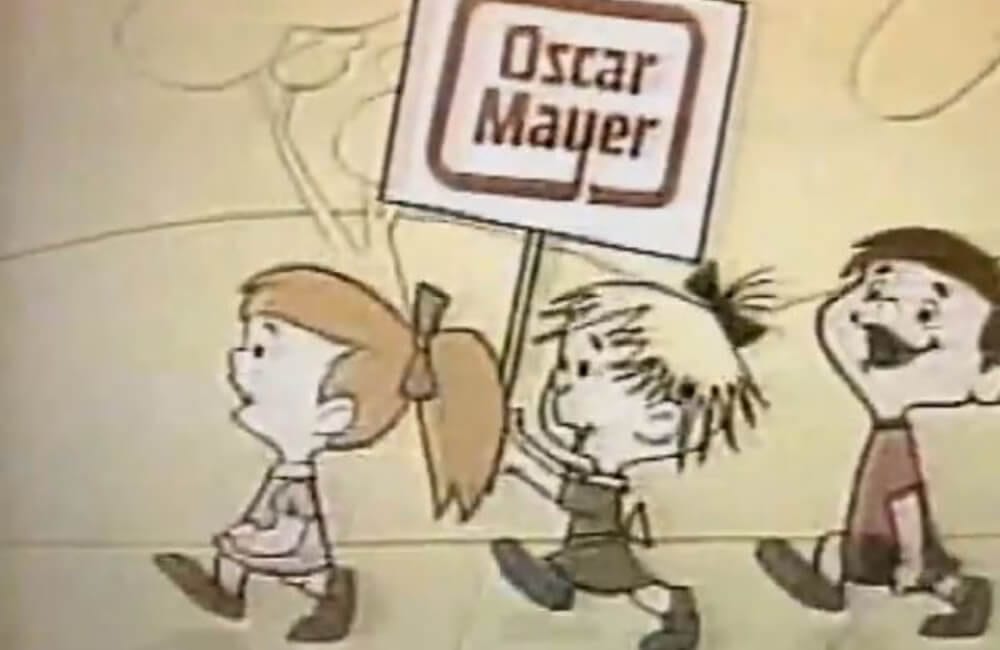 The iconic “wiener song” was written by Richard Trentlage, perhaps one of the most famous jingle writers of all time, and became such a hit it was requested on radio stations and got stuck in the heads of children all across America, who would sing it relentlessly until their parents bought hotdogs.