Being the CEO of a successful company is pretty much as far as one can get career-wise so it’s not surprising that the CEOs of some of the world’s most famous companies get huge paychecks. Of course, working for a successful company at a lower level is still something to be proud of—but the paycheck isn’t nearly as good.

Whether it’s Amazon, McDonald’s, or Disney—the CEOs of companies earn way more per year compared to what their employees make. While the pay gaps are expected to be big between those on top of a company and those at the bottom, some of the gaps on this list are downright startling! It begs the question, why don’t these multi-million (and sometimes billion) dollar businesses share the wealth?

Airbnb is a crucial part of traveling for most people across the globe as it represents a more authentic (and often cheaper) accommodation option compared to hotels. The company was founded in 2008 by Brian Chesky, Nathan Blecharczyk, and Joe Gebbia, and since then it has experienced incredible growth. The name “Airbnb” is a shortened version of its original name, AirBedandBreakfast. 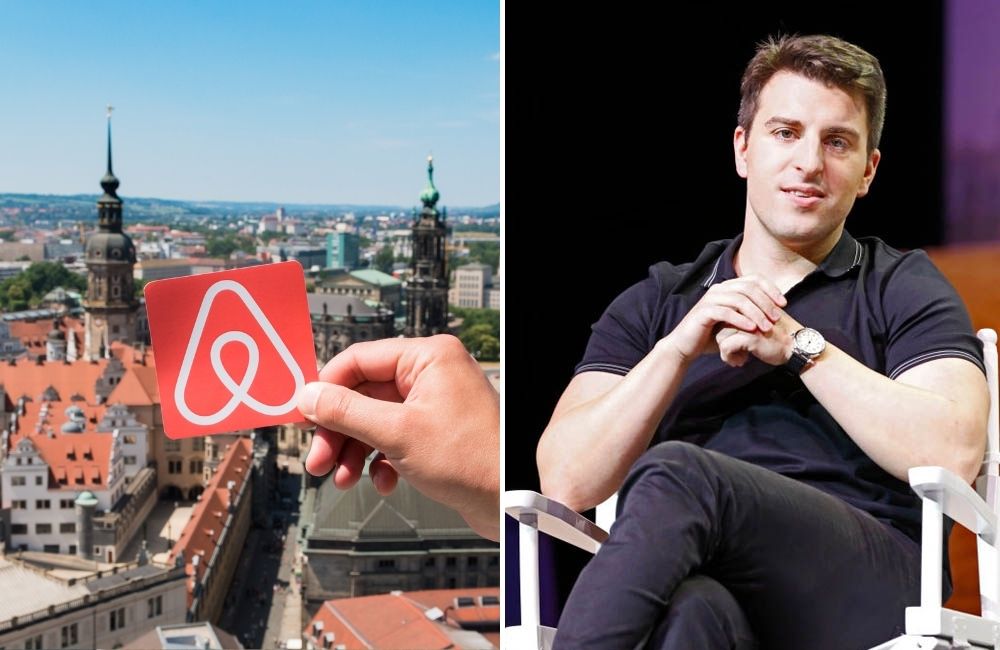 The CEO of Airbnb in 2022 is still one of its founders, Brian Chesky. According to Skift, Chesky is estimated to have gotten $120 million in stock grants in 2020. For comparison, a customer service representative of the company gets paid $20 per hour, which isn’t nearly as much—but it’s definitely better than plenty of workers at other companies.

One thing that many may be surprised to find out is that the popular subscription streaming service Netflix was actually launched in 1997—way before everyone had an internet connection. In the beginning, it worked as a mail-based rental business, and in 2007 Netflix launched a streaming media service that introduced video on demand via the internet. 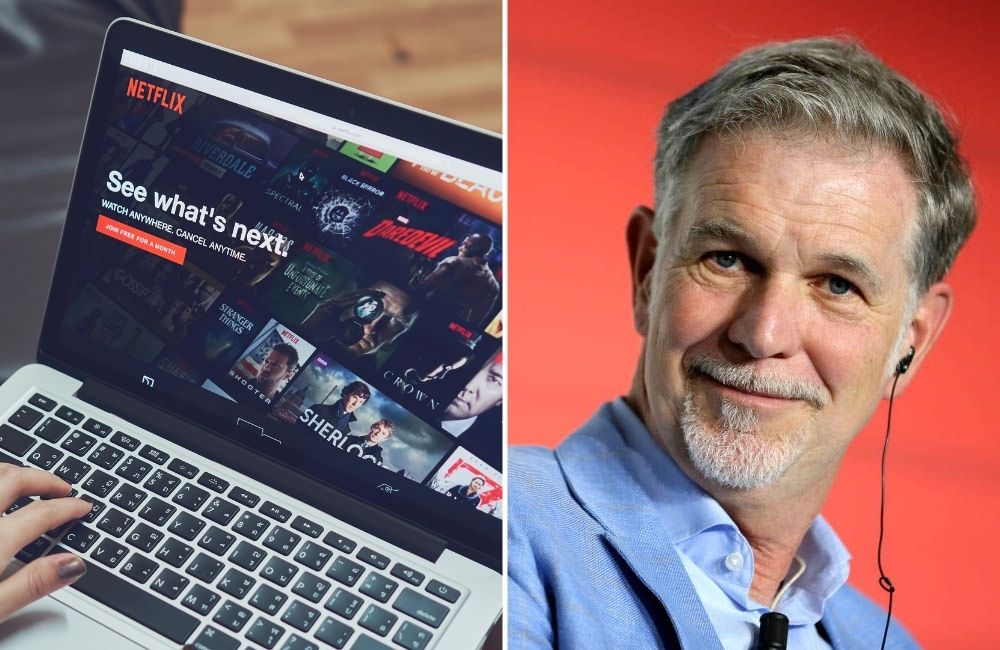 Netflix’s chairman and co-CEO is Reed Hastings ( the other co-CEO is Ted Sarandos), and he is estimated to have an annual salary of $40.8 million—a number that isn’t surprising considering that as of 2022, Netflix has over 221.6 million subscribers worldwide. On the other hand, a customer service representative gets paid approximately $17 per hour.

The US-based airline American Airlines, Inc. was founded in 1926 through the acquisitions of 82 small airlines. American Airlines has a fleet of 913 which is the largest fleet in the world. The airline operates almost 6,800 flights per day and it flies to almost 350 destinations in more than 50 countries. 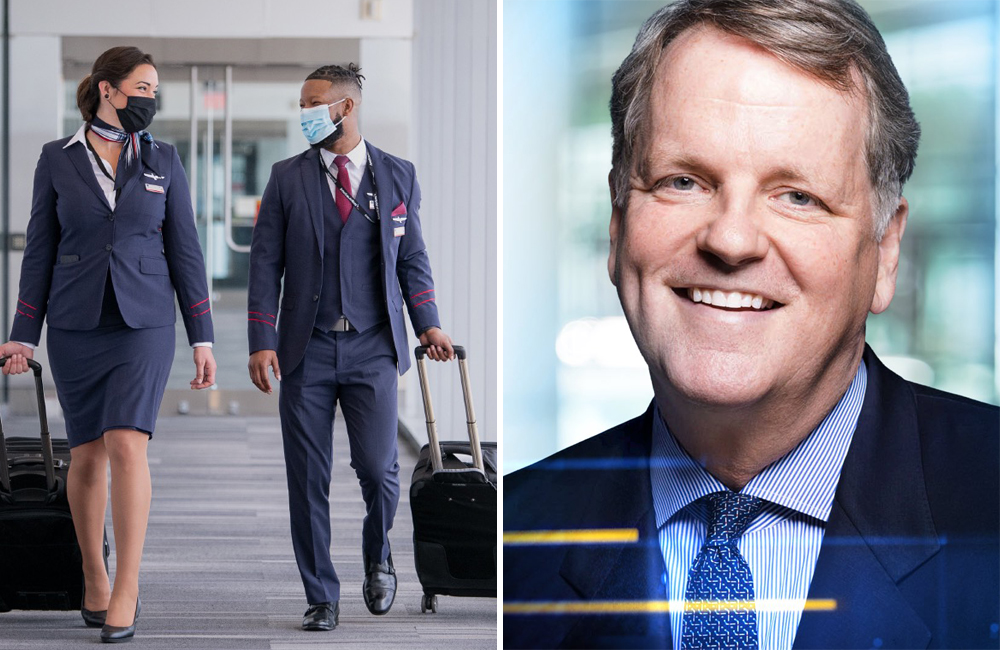 The CEO of American Airlines is Robert Isom and his yearly salary is estimated to be $10.6 million. In comparison, a flight attendant for the airline gets paid an average of $27,00 per year. American Airlines handles more than 200 million passengers per year and it has approximately 130,000 employees.

The fast-food chain of restaurants Taco Bell was founded by Glen Bell in Irvine, California in 1962. In 1978, Bell sold the chain to PepsiCo. The restaurant serves a variety of Mexican-inspired foods, and in 2018 Taco Bell served over two billion customers. The fast-food chain has over 7,000 locations that offer tacos, burritos, quesadillas, nachos, and much more. 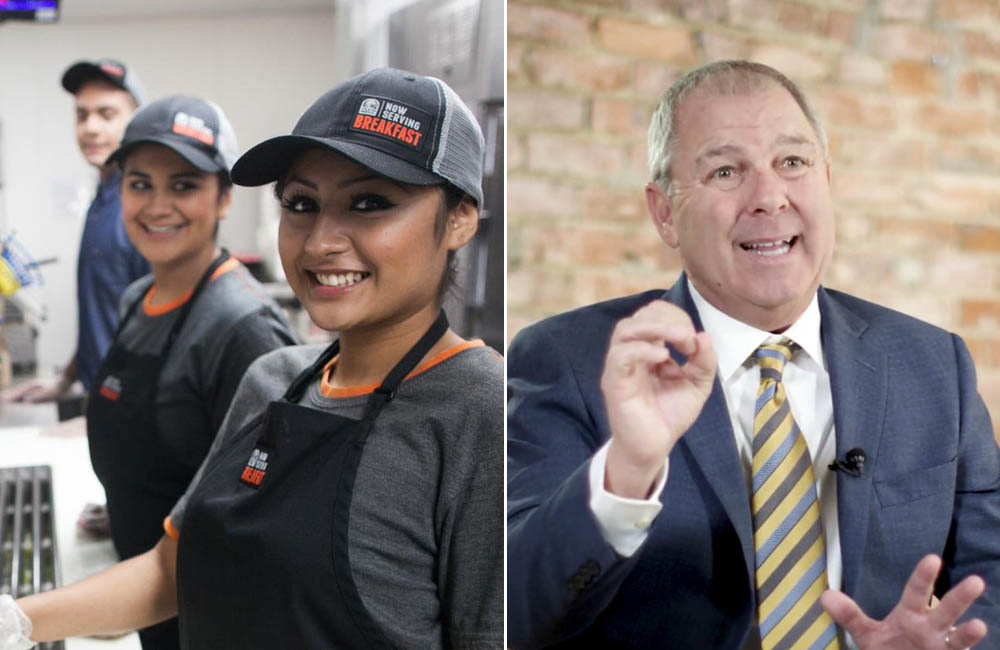 Taco Bell’s CEO is Mark King who reportedly earns $3.9 million per year. In comparison, an average Taco Bell employee makes $11 per hour, and that number fluctuates between $9 and $13 for assistant general managers.

Wendy’s is a popular fast-food restaurant chain with over 6,700 locations across the globe. The company was founded by Dave Thomas in 1969, in Columbus, Ohio, and as of 2018, it is the world’s third-largest hamburger fast-food chain (after Burger King and McDonald’s). 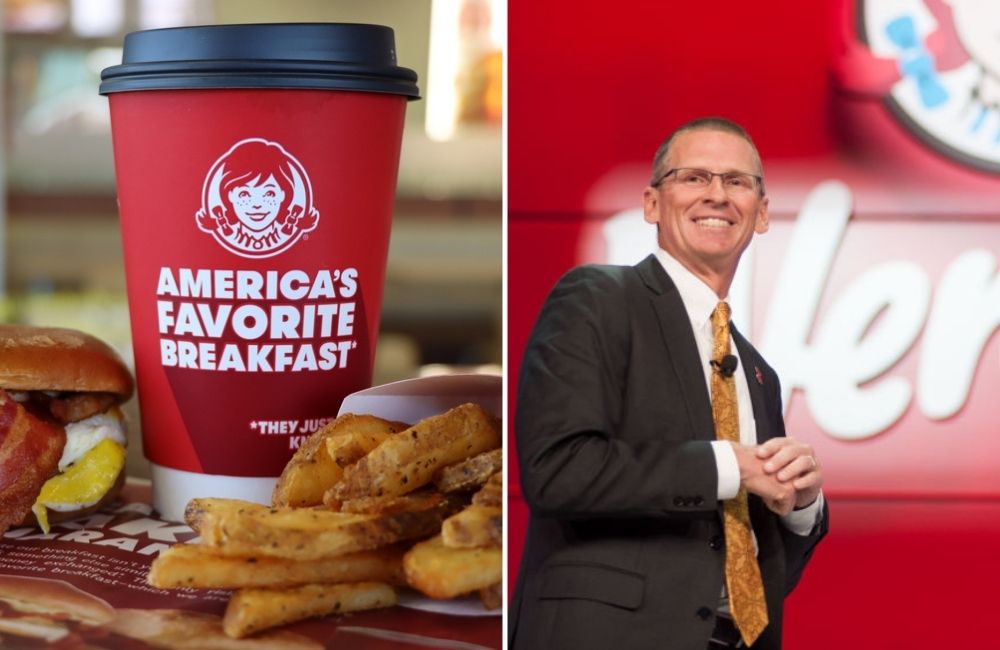 A majority of Wendy’s locations (92% of them) are located in North America. The CEO of Wendy’s is Todd A. Penegor who is estimated to have a yearly salary of $7.2 million. In comparison, an average crew member of Wendy’s gets paid $12.64 per hour.

In case you didn’t know, iHop stands for International House of Pancakes and it is by far the most famous pancake restaurant in the United States. The company was founded by Jerry Lapin, Al Lapin, and Albert Kallis in the Los Angeles, California area in 1958. The name was shortened to the acronym iHOP to make marketing it easier. 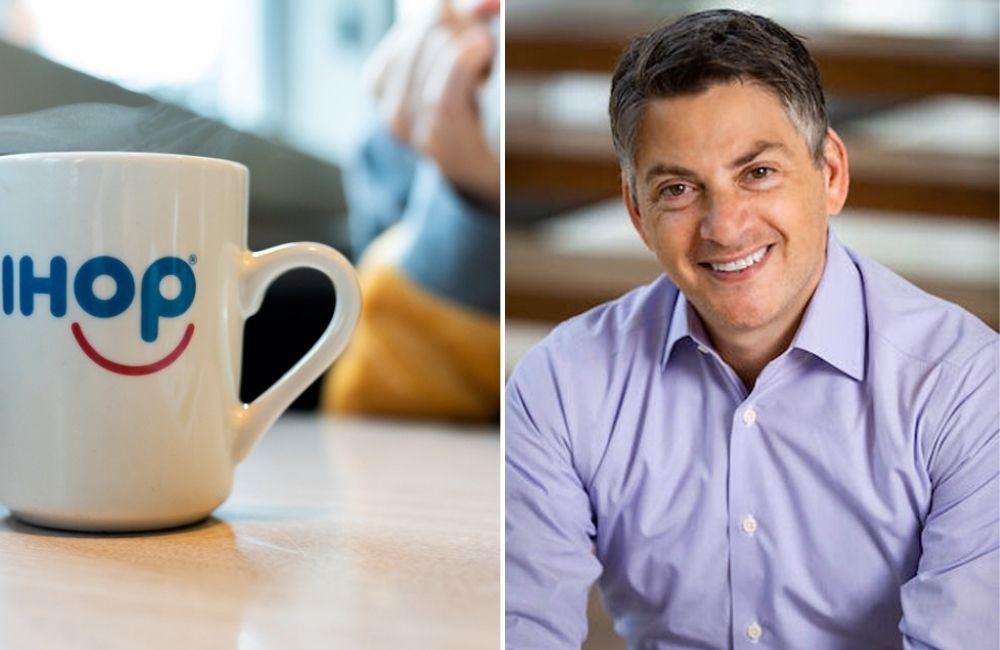 iHOPS’s CEO is John Peyton who is estimated to get a salary of $10.8 million every year. While this isn’t the highest salary when it comes to CEOs of big companies—it’s still impressive. For comparison, a regular crew member at iHOP gets paid $11.83 per hour.

There is no doubt that McDonald’s is the most famous fast-food franchise in the world as it has over 38,000 locations across the globe. The restaurant was founded in 1940 by Richard and Maurice McDonald, in San Bernardino, California, and since then it experienced incredible growth. 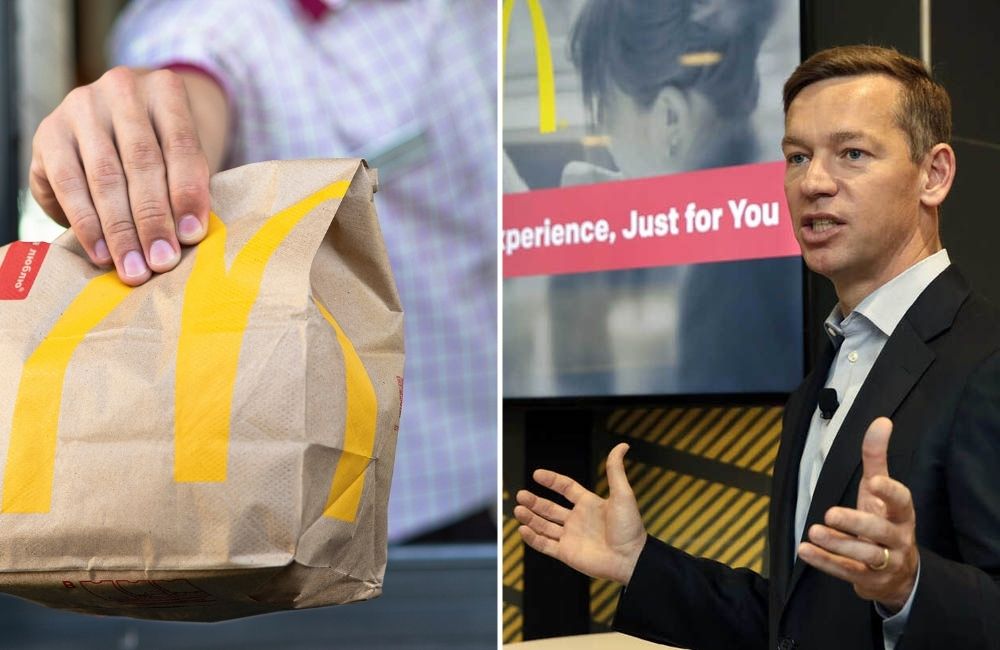 According to Chicago Business, McDonald’s president and CEO Christopher Kempczinski gets paid an impressive $20 million per year which is certainly a great salary. Kempczinski joined McDonald’s global strategy team in late 2015. Compared to his income, a McDonald’s crew member gets paid only $11.71 per hour.

Costco operates a chain of membership-only big-box retail stores and it is one of the most successful retailers in the world. The gargantuan brand has over 800 locations across the globe, and in 2020 it was the fifth largest retailer in the world. The company’s earliest predecessor, Price Club was founded in 1976 by Sol Price and his son, Robert in San Diego, California.

Costco’s CEO is W. Craig Jelinek who joined the company as a warehouse manager in 1984. In 2012 he became the company’s CEO and he is estimated to have a yearly salary of $8.5 million. A cashier at a Costco store makes approximately $16.07 per hour.

Uber quickly became a regular part of most people’s lives as the company has an impressive amount of users. In 2021, Uber had 118 million monthly active users worldwide, and that number only keeps growing. Uber was founded by Garrett Camp in 2009 and he had the idea for it after he and his friends spent $800 hiring a private driver. 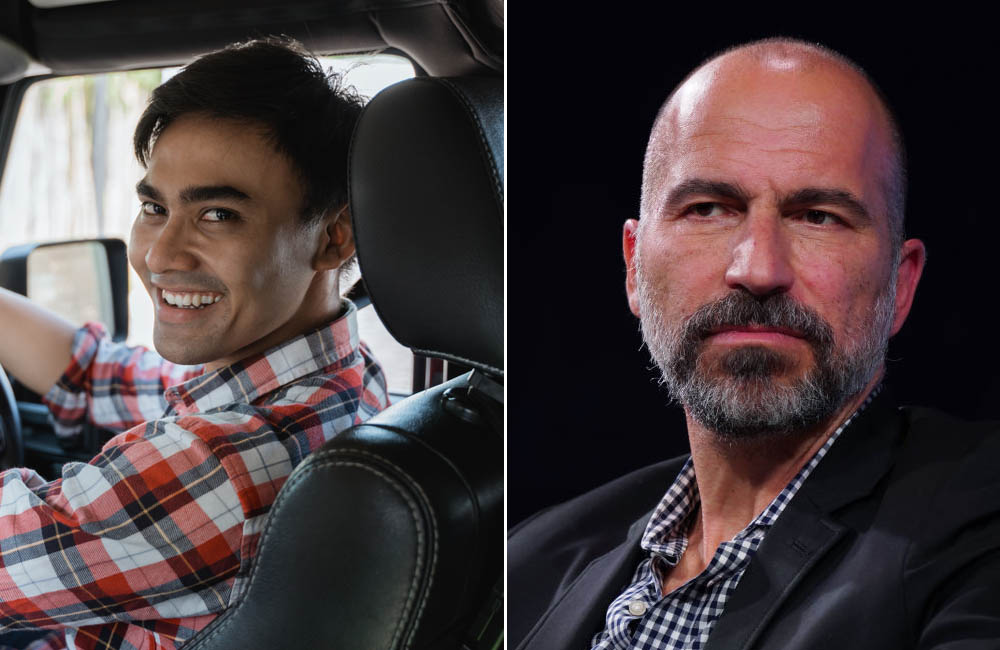 The supermarket chain Whole Foods rose to popularity thanks to the fact that they sell products free of hydrogenated fats and artificial colors, flavors, and preservatives—which meant that their target group was always people who eat healthier or have certain eating restrictions. Whole Foods was founded in 1978 by John Mackey and Renee Lawson who opened a small vegetarian natural foods store in Austin, Texas. 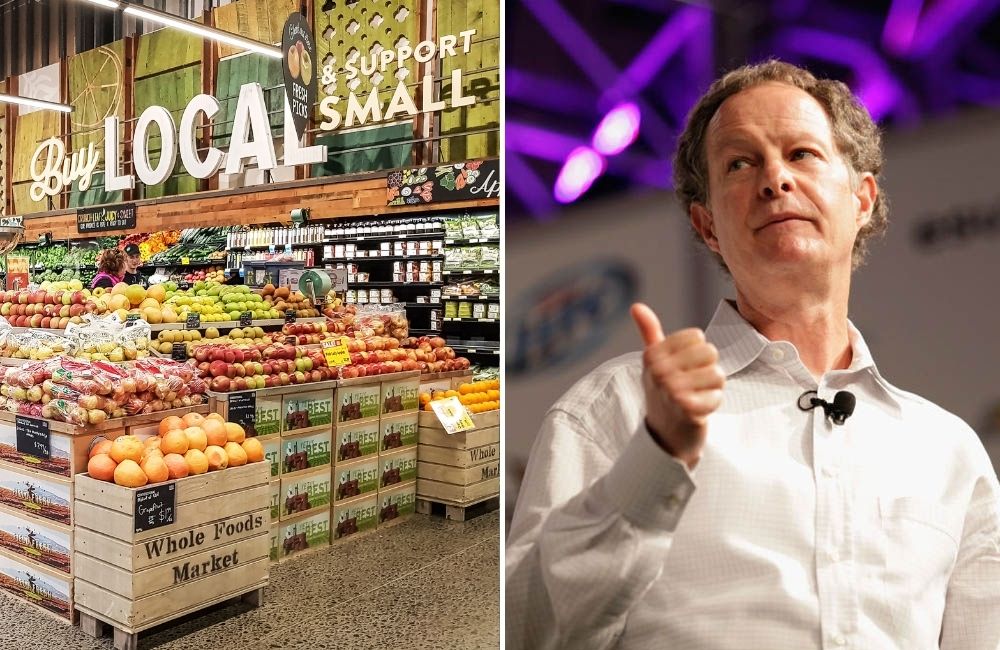 The CEO of Whole Foods in 2022 is John Mackey who voluntarily gets only $1 per year. As per Fast Company, Mackey said “The tremendous success of Whole Foods Market has provided me with far more money than I ever dreamed I’d have and far more than is necessary for either my financial security or personal happiness.” A cashier at Whole Foods gets paid $13 per hour—which is more than the CEO gets per year.

The multinational technology company Amazon focuses on e-commerce, cloud computing, digital streaming, and artificial intelligence—and it has grown immensely since its beginnings. The company was founded by Jeff Bezos in 1994 in Seattle, Washington. 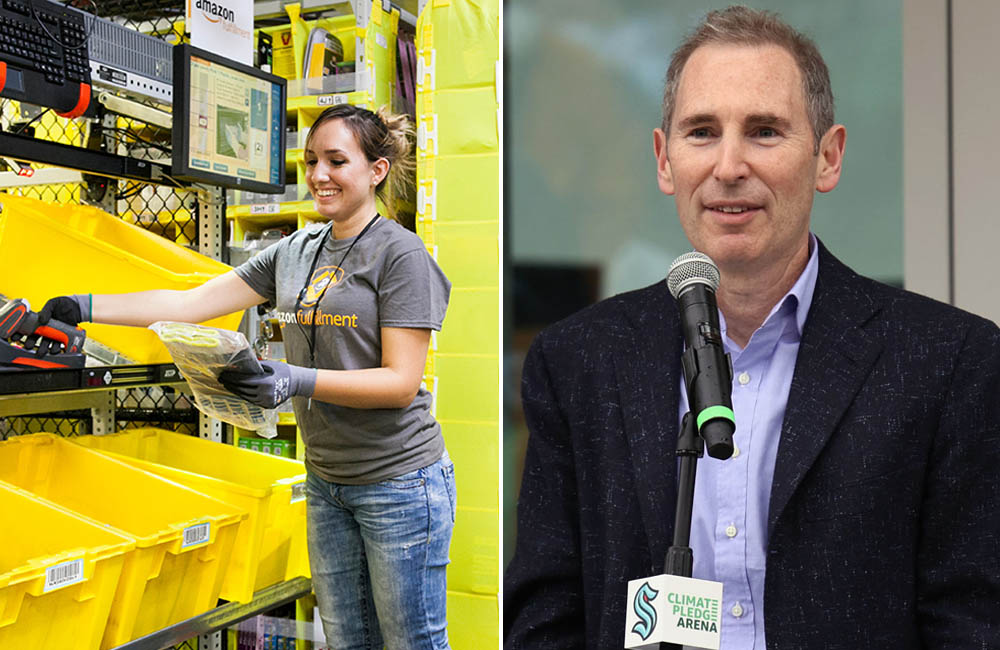 Jeff Bezos stepped down as CEO of Amazon to become the executive chair of Amazon’s board in Q3 in 2021, and the new CEO of the company became Andy Jassy. Last year, Jassy earned an estimated $212 million per year. A warehouse worker at Amazon gets paid $16 per hour. Amazon offers numerous services like Amazon.com, Amazon Alexa, Amazon Appstore, Amazon Luna, Amazon Music, Amazon Pay, and Amazon Prime.

The automotive and clean energy company Tesla, Inc. was founded in 2003 by Martin Eberhard and Marc Tarpenning in San Carlos, California, and originally it was called Tesla Motors. After investing $6.5 million into it in 2004, Elon Musk became the largest shareholder of Tesla. 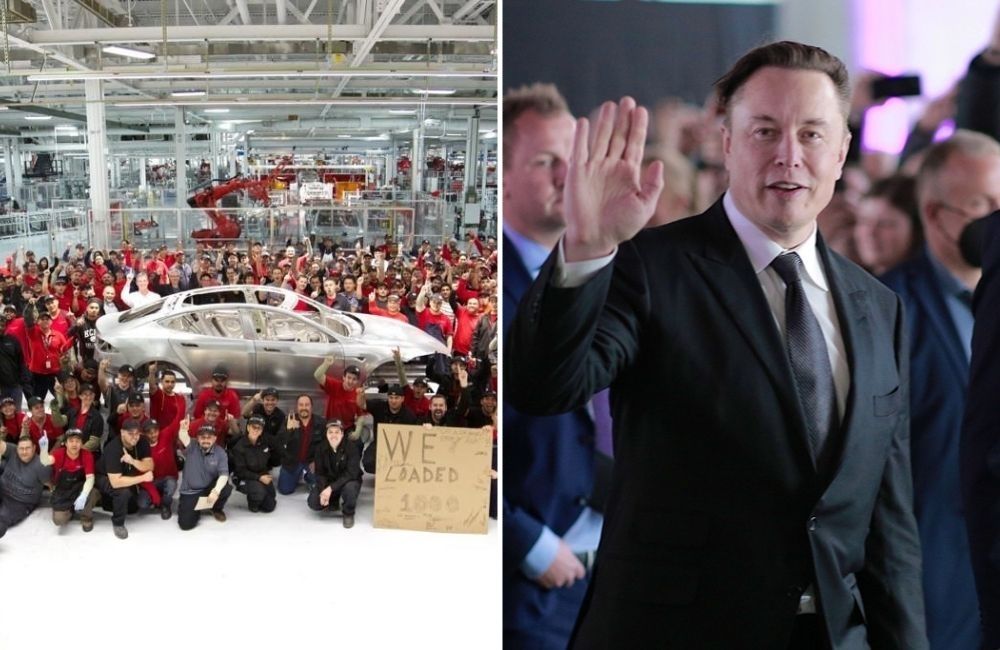 Elon Musk has been the company’s CEO since 2008. Musk refuses the minimum salary of $56,000 every year, and in 2018 Tesla announced that they wouldn’t be paying their CEO anything for the next ten years. The company is hoping to reach a $100 billion market cap by 2028.

The multinational e-commerce company eBay was originally called The AuctionWeb, and it was founded by French-born Iranian-American computer programmer Pierre Omidyar in 1995 in California. In 2019, the multibillion-dollar business had operations in 32 countries. eBay is an online auction and shopping website that offers a variety of goods and services worldwide. 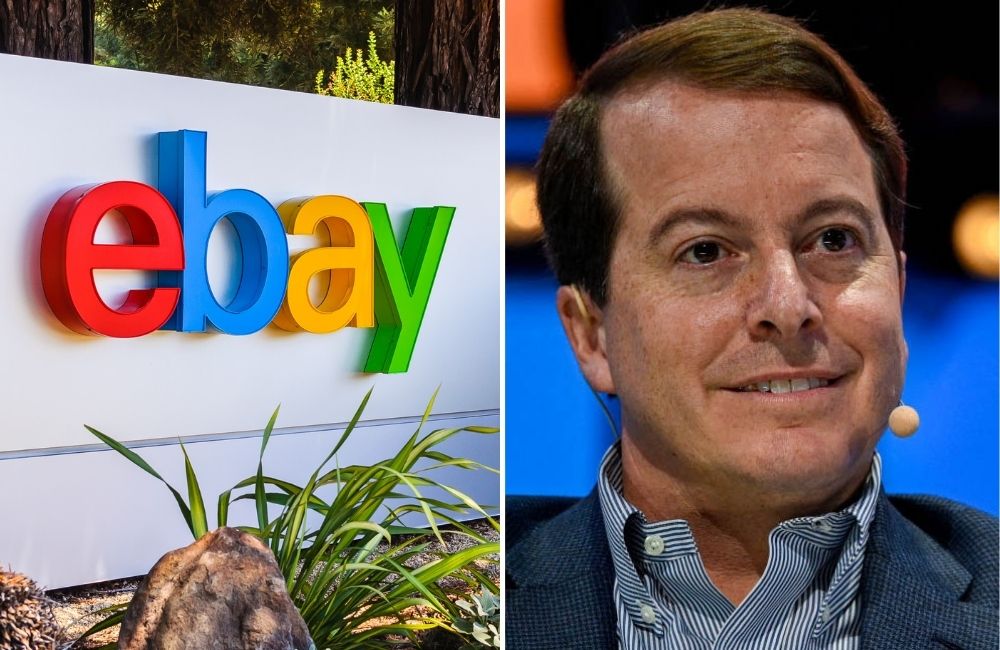 The president and CEO of eBay is Jamie Iannone, and in 2021, he got paid $31 million. For comparison, a customer service representative at eBay gets paid $16 per hour. The famous website is free to use for buyers, while sellers are charged fees for their listings.

Nike is one of the most famous companies that sells sports footwear, apparel, and equipment worldwide. The company was founded in 1964 in Eugene, Oregon by University of Oregon track athlete Phil Knight and his coach, Bill Bowerman. In 2020, Nike—whose name comes from Nike, the Greek goddess of victory—had over 75,000 employees. 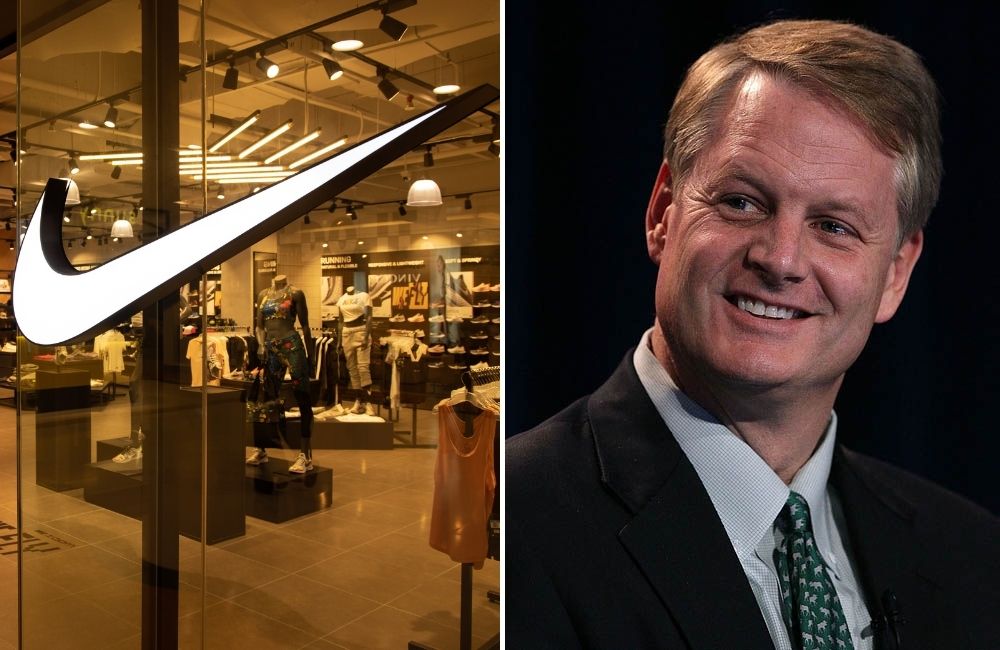 The current president and CEO of Nike is John Donahoe who gets an estimated $32 million per year. A sales associate at the sportswear company which is known for its trademarks of “Just Do It” and the Swoosh logo gets paid an average of $15 per hour.

Today’s Global Shortages That Might Be Impacting You
The effects of the pandemic on our global economy and the worldwide supply chain have been devastating. Global commerce has changed, and buyer behavior has become totally unpredictable. Some areas of commerce have seen enormous growth while others have suffered, and many businesses have even had to close their doors.  This affects us in many […]
Stunning Vacation Spots That You Can Visit On A Budget
The majority of us lead a life that is an endless cycle of working and sleeping. The rat race can seem like it never ends, but who can afford expensive vacations? Fortunately, there are places all over the world where we can relax and unwind, even on the tightest of budgets.  Whether it’s for a […]
Incredible Money-Saving Hacks Pet Owners Need To Know
Only pet owners truly understand the heart-warming, unconditional love an animal has for its person. Pets bring such happiness and joy to those willing to embrace the quirkiness and insanity that comes hand in hand with having an animal patrolling the hallways of their homes. However, caring for a non-human family member can be pretty […]
Classic Cars Worth a Fortune Today
There are many reasons why someone might consider their car a classic, but that doesn’t mean it is one. A classic car will have left its mark on the automotive world through its style or parts. It should be (at least) a few decades old, and there shouldn’t be hundreds of thousands of them out […]
Advertisement