The retail sector always has its ups and downs, even when a company has an established customer base. Some of the titans in the industry have faced tough times in recent years, with even the seemingly infallible ones shuttering locations for good.

From Costco to H&M, Walmart, and even designer stores, it looks like no one is safe. Business status can change on a dime, but let’s see which household names are closing the doors for good in 2022 and beyond. Will your local store be next – or has it managed to escape the retail apocalypse?

One of the largest office supply chains in the U.S., Office Depothas headquarters in Florida and over a thousand locations across North America. The company has done its best to compete with Amazon and other E-Commerce titans over the years. 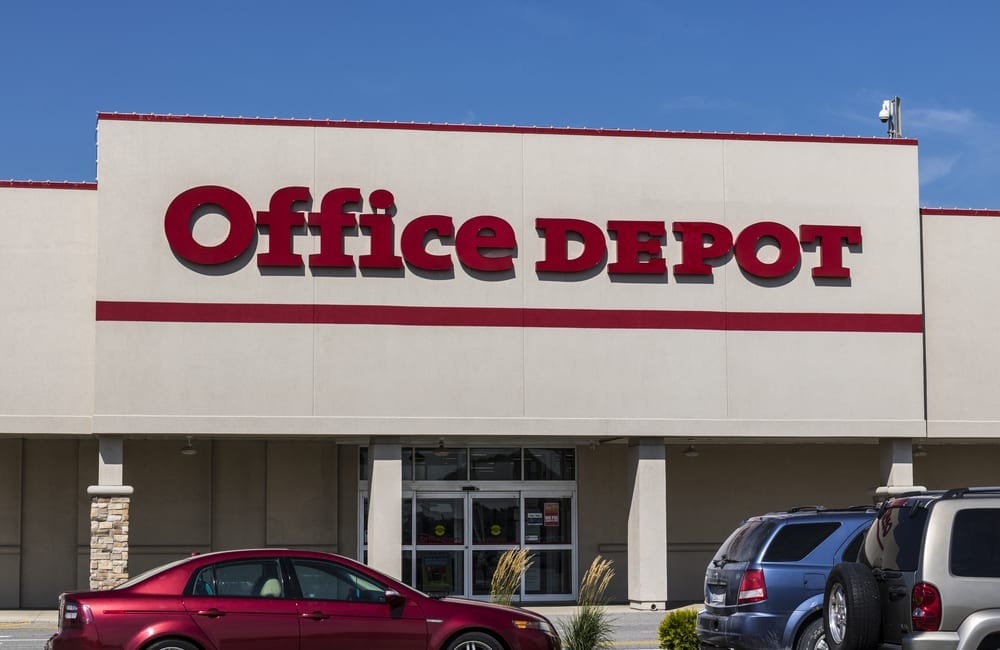 Stock prices sagged in 2019 following disappointing sales, triggering the company to slate several dozen stores for closure before the beginning of the 2020 fiscal year. In early May 2020, the company announced a restructuring that would include closing stores and laying off 13,000 workers by the end of 2023.

It’s been a tough time for the retail industry, but the hospitality sector has also taken a hard knock. Starbucks has been around since 1971, providing coffee lovers across the world with their daily cup of Java, but even this titan hasn’t come out of 2021 unscathed. 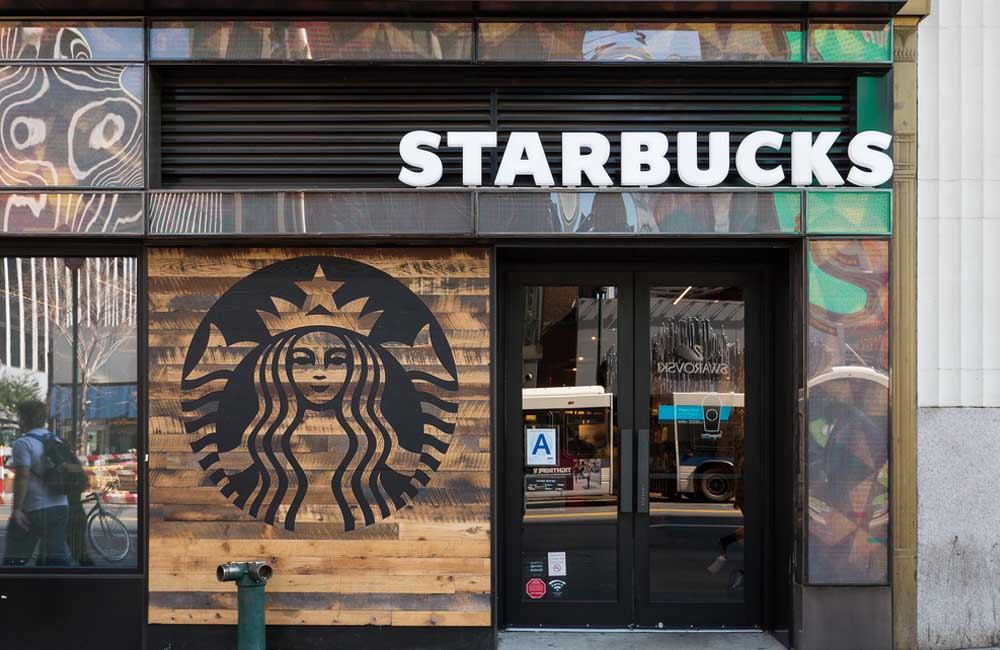 The popular chain announced closures of over 400 stores in the US and Canada as it turns its focus to pick-up only locations. Starbucks said that despite this, it was still hopeful that this move would “enhance the customer experience” and “enable profitable growth for the future.”

Though Bed Bath & Beyond will be closing roughly 40 stores (less than four percent of its total stores worldwide) by the end of 2022, many market insiders predict that this may be the first few drops of a potential waterfall of closings within the next several years. 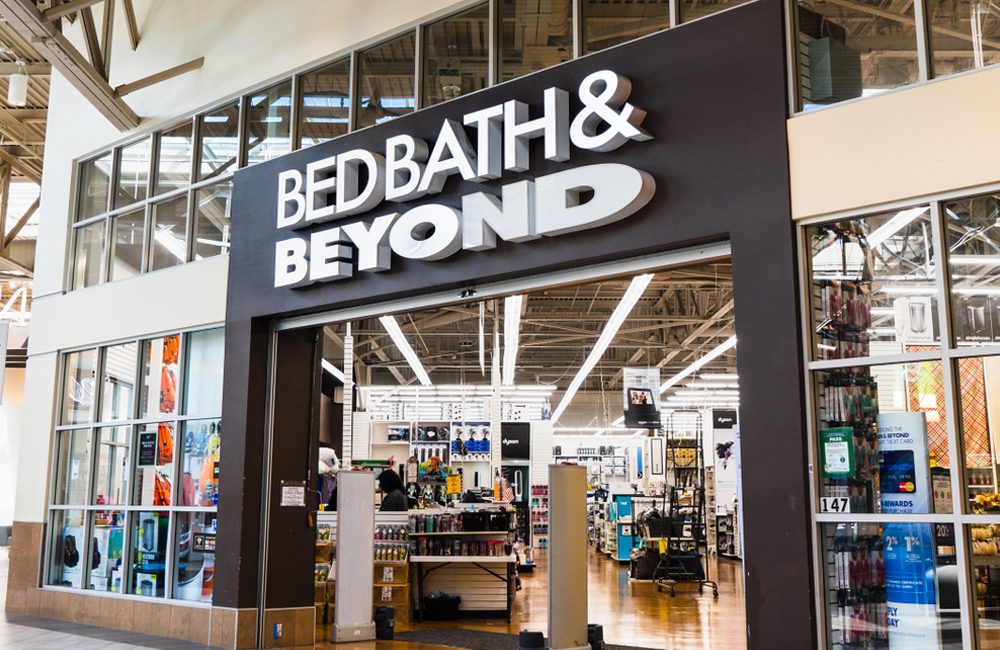 CNBC reported that Bed Bath & Beyond was trying to “save itself from extinction.” Business Insider was a little less optimistic, declaring that the “iconic brand” was experiencing a “rise and fall.” The company’s bonds have been straddling the border of junk debt for a while, trading at 73 cents on the dollar in December of 2019.

Victoria’s Secret was founded by Roy and Gaye Raymond in 1977. The lingerie store is credited with bringing hip, fashionable lingerie into the mainstream. The company later opened its subsidiary Victoria’s Secret Pink, which includes apparel and sleepwear. It was Pink that ended up closing first, as Victoria’s Secret decided to focus solely on lingerie.

In 2019, Victoria’s Secret became the largest retailer of lingerie in the US but has seen sales gradually decrease. To keep revenues up, the company closed more than 50 locations in 2019 and 250 in 2020 in order to compete with the demands of e-commerce. CEP Stuart Burgdoerfer told ABC News, “We would expect to have a meaningful number of additional store closures beyond the 250 that we’re pursuing this year, meaning there will be more in 2021 and probably a bit more in 2022.”

Year Established: 1969
Store Closures: 65 stores over the next four years*

Designer Brands, also known as DSW, found it particularly hard to come out of 2020 unscathed. The business reported a 36% drop in sales thanks to temporary store closures, and like many, needs to find a way to recoup its losses. 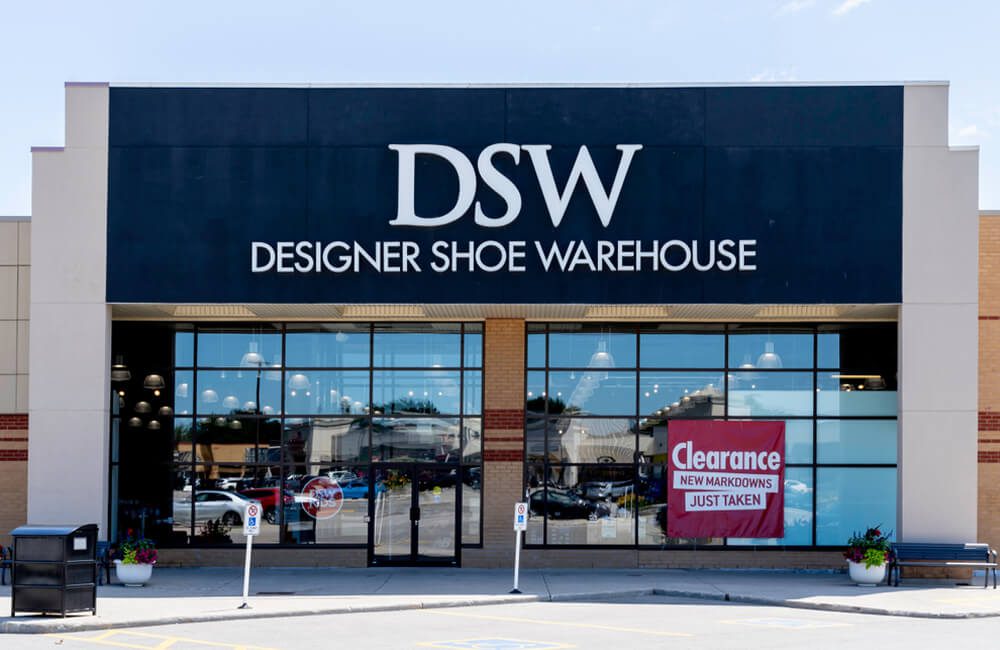 Over the next four years, the business plans to close 65 different stores. That may come as a shock to long-standing lovers of the clothing retailer, but it’s just one of many fashion houses looking to scrape some money back from a disastrous period.

The Children’s Place has been a go-to store for many parents and families for over 50 years, but the company has faced a tough time of it. Even before 2020 profits were starting to fall, so it’s hardly surprising that some big changes were announced in March of 2021. 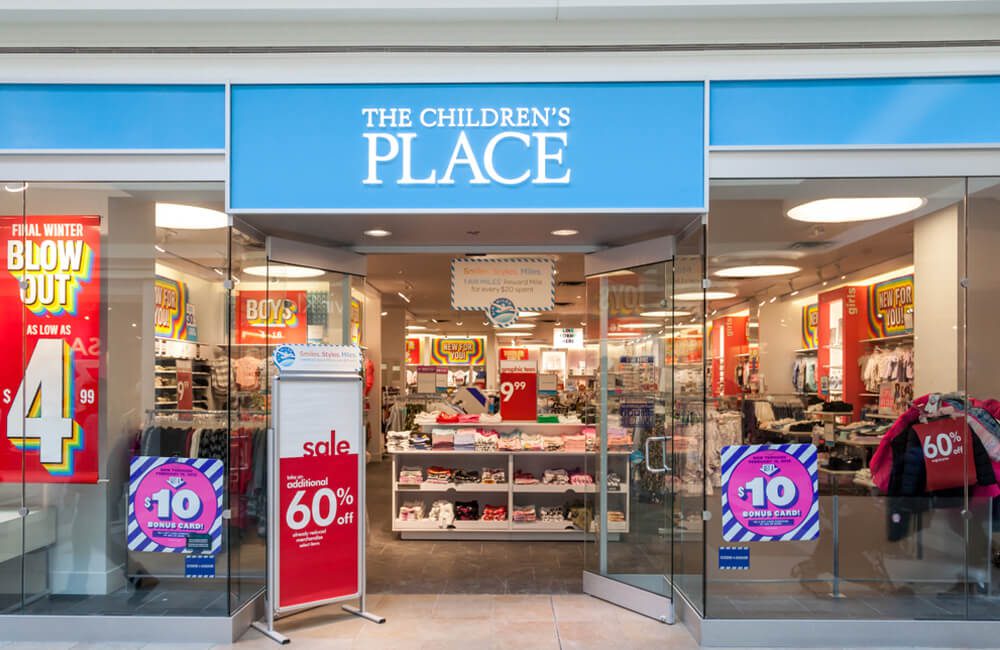 The company decided the best course of action is to close 122 locations by the end of the year, on top of the 178 other locations that were closed in 2020. It’s a devastating blow to employees, but executives hope it will give the brand what it needs to be able to trade another day.

In addition to as many as 350 store closures worldwide leading up to 2024, The Gap has had a massive restructuring and rebranding happening in an effort to stay ahead of the competition and reduce overhead. With more than 2,300 domestic locations, former CEO Art Peck predicts that more than 50% of all The Gap’s locations could be closing in the coming years as part of this shift. Overseas customers have already seen many Gap stores shuttering in recent years, with especially large cutbacks in Israel and Australia.

In the first quarter of 2020, Urban Outfitters’ stock dropped a whopping 32%. The store’s fate has only worsened in the months since, and one Barrons.com stock analyst said to sell the stock in July of 2020. In-store sales have dropped significantly. 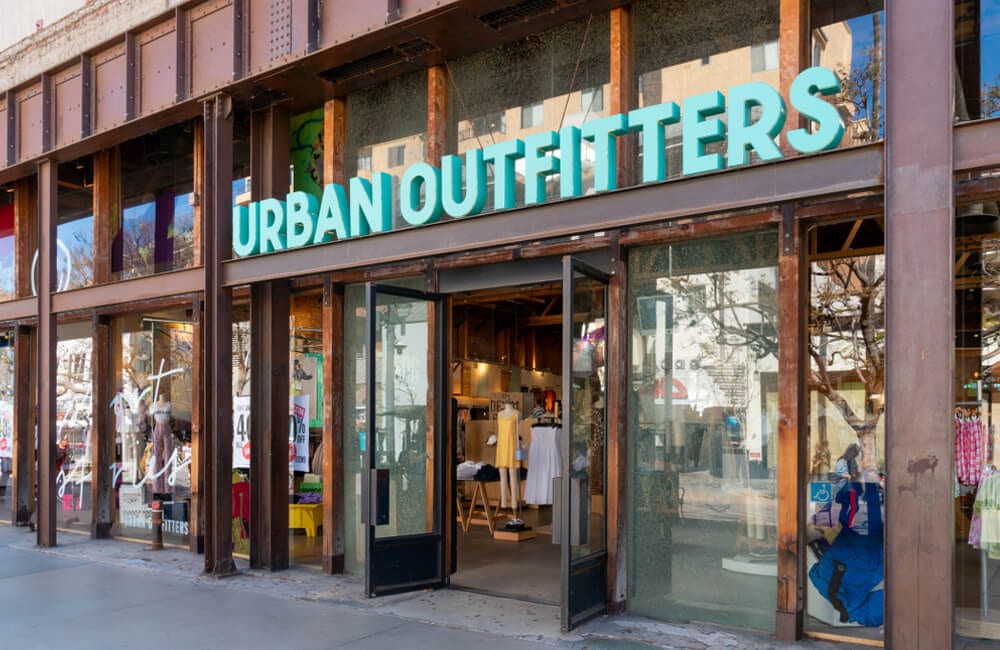 Urban Outfitters has done better on digital sales however, seeing a 76% rise in new digital customers in the second quarter of 2020. However, though digital sales are still sales, retail locations continued to under-perform well into 2021. Urban Outfitters has been around since 1970 infiltrating “trendy” niche in the retail sector. However, it takes more than just a niche to keep a business surviving and thriving. There could be tougher times ahead.

While CVS (and its CVS/Pharmacy brand) has managed better than most to adapt to consumers’ online delivery needs, the company still faces an existential conundrum given its massive presence of nearly 10,000 stores nationwide. This mighty real estate investment in the face of dwindling walk-in customers has forced the company to both innovate and selectively cut back. 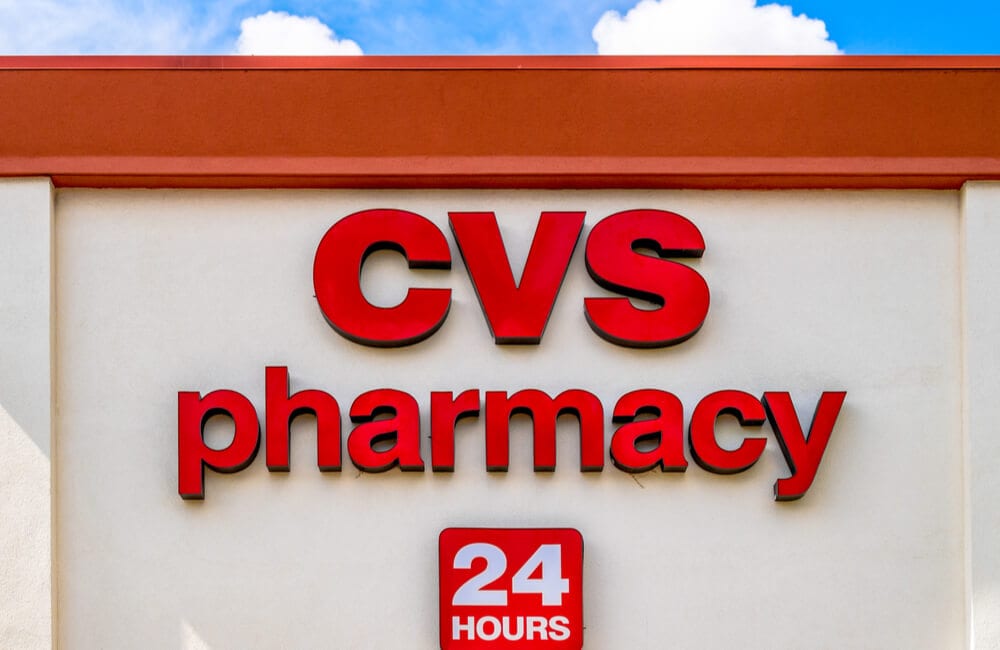 As a result, this year CVS plans to shutter at least 200 underperforming stores nationwide by the end of 2022, including its famous Springfield, Missouri location (known as the “largest CVS in the world”). Though this is less than 1% of their overall footprint, the move will cost CVS more than $130 million.

A longtime hallmark of just about every mall in America, Macy’s department store closed 28 stores in 2020 alone. While more are on the way, loyal Macy’s customers can relax, at least for now. Chances are your local store isn’t going anywhere – the company will be closing roughly 125 stores over the course of the next three years.

These 125 closures come on the heels of Macy’s decision to shutter nearly 100 total locations nationwide over the last few years. This represents almost 15% of Macy’s total physical presence in America (the brand currently operates an estimated 690 of its signature department stores).

Walgreens may be a surprising name to see on the list, as they seem to be everywhere in some cities in America. Nevertheless, they certainly have their competition cut out for them, with CVS and other big names dominating the drugstore industry. 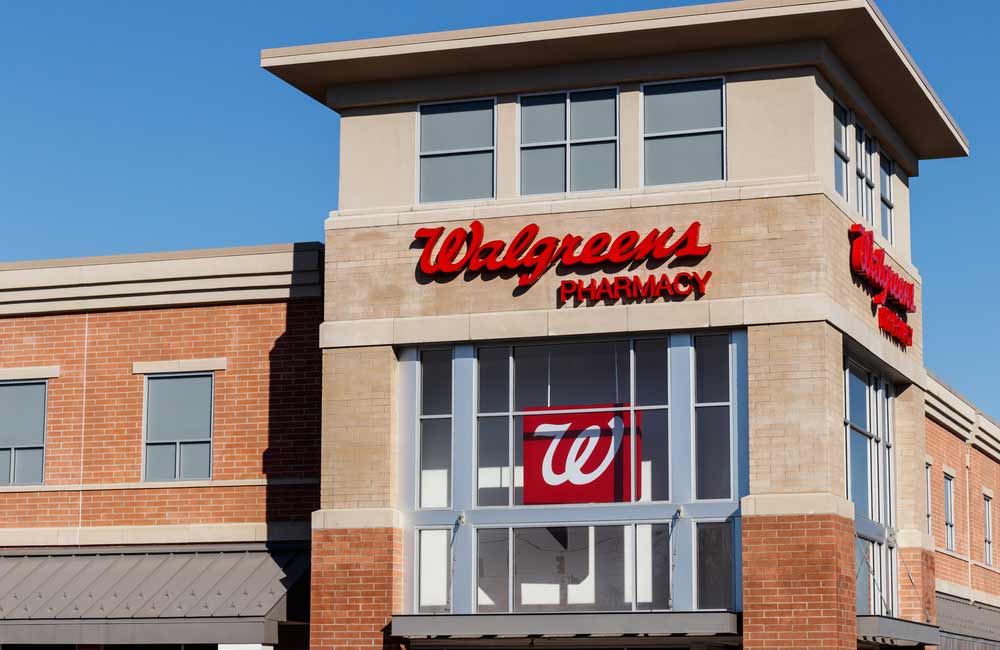 Now, the pharmacy stores are closing off an even 200 stores, hoping to continue turning a profit in their other locations. Walgreens has continued to lose money, and Fox Business pointed out some shocking specs on the company’s failure. The company, owned by Walgreens Boots Alliance, lost $1.7 billion during three months in 2020. In 2021, the chain closed a further 17 locations in the San Francisco area, citing shoplifting.

The news about Neiman Marcus broke in mid-April of 2020, so the exact amount of store closures for the 113-year-old retailer is, for now, unknown. Inside sources at Neiman Marcus confirmed to Reuters that the Dallas-based business is in the process of declaring bankruptcy and negotiating with creditors for an emergency loan. 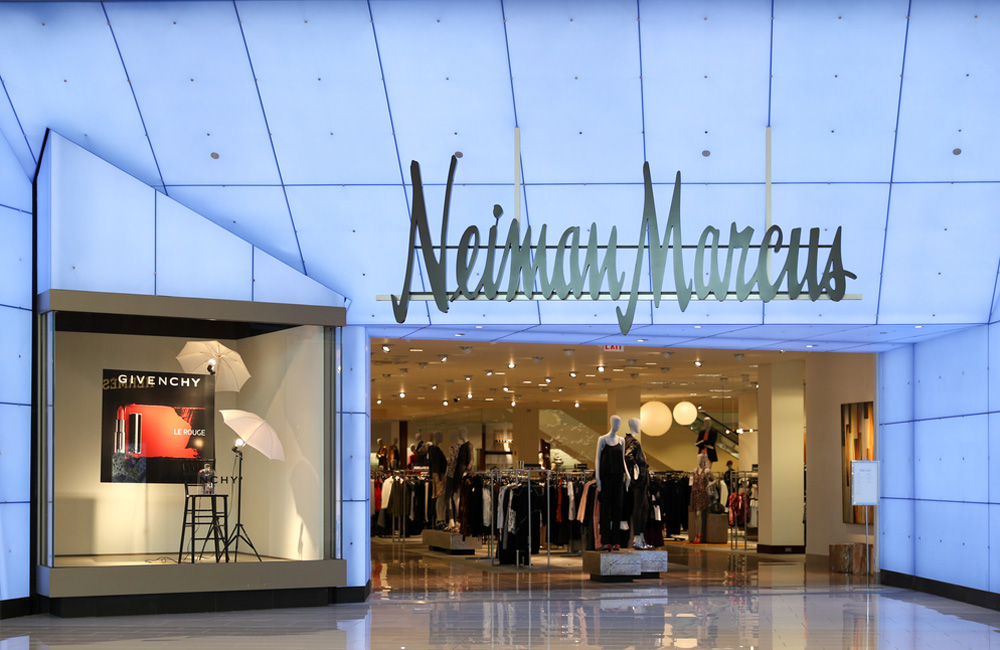 Thankfully, the process was resolved in late 2020 and Neiman Marcus was purchased by several investment firms, which plan on bringing the company back to its former glory. As of mid-2021, the much-loved brand is trying to get back on its feet and expand its digital presence while holding on to stores. The New York Times described Neiman Marcus as a former “symbol of luxury” – but whether more stores will close in 2022 remains to be seen.

The bad news: sportswear favorite Foot Locker has announced plans to close some 117 stores. The good news? The majority of these stores are located overseas, meaning its US market and locations will remain mostly intact. 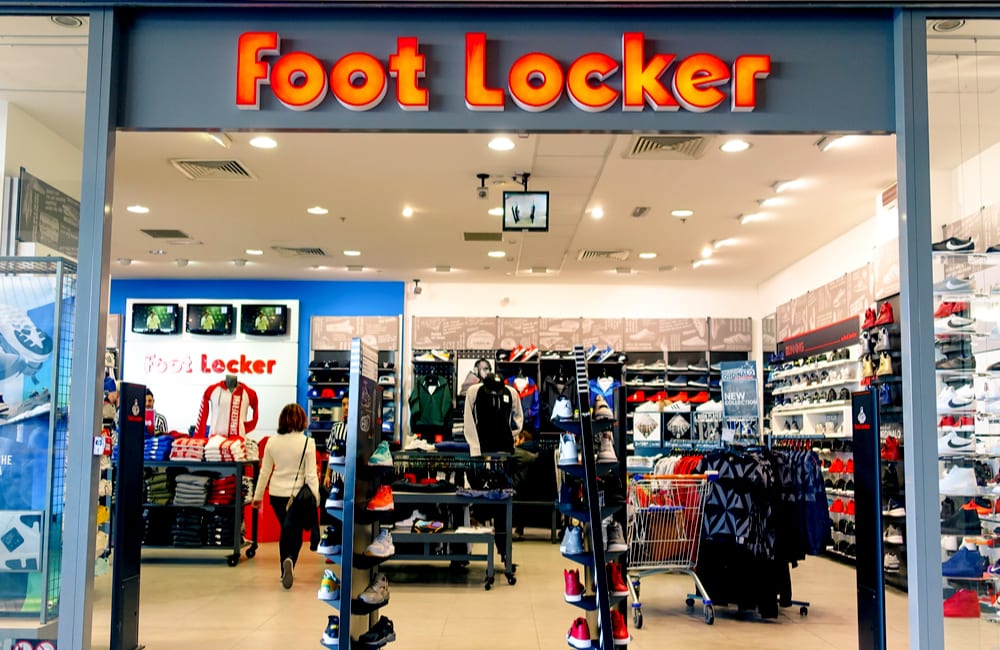 However, sales aren’t the full picture of what is going on at a store. Foot Locker might have strong sales numbers, but not everything is smooth sailing. The closures are occurring because of a shakeup in management. Foot Locker got a new CEO, and the CEO is having the company lay off employees and cut jobs to reorganize.

Guess has been part of American history since it emerged from California in 1981, but like many luxury retailers, things haven’t been easy lately. In January 2021, Guess announced plans to close 200 stores across the world in the following two years. While it equates to just 9% of their global presence, the majority of closures will be in the US and China. 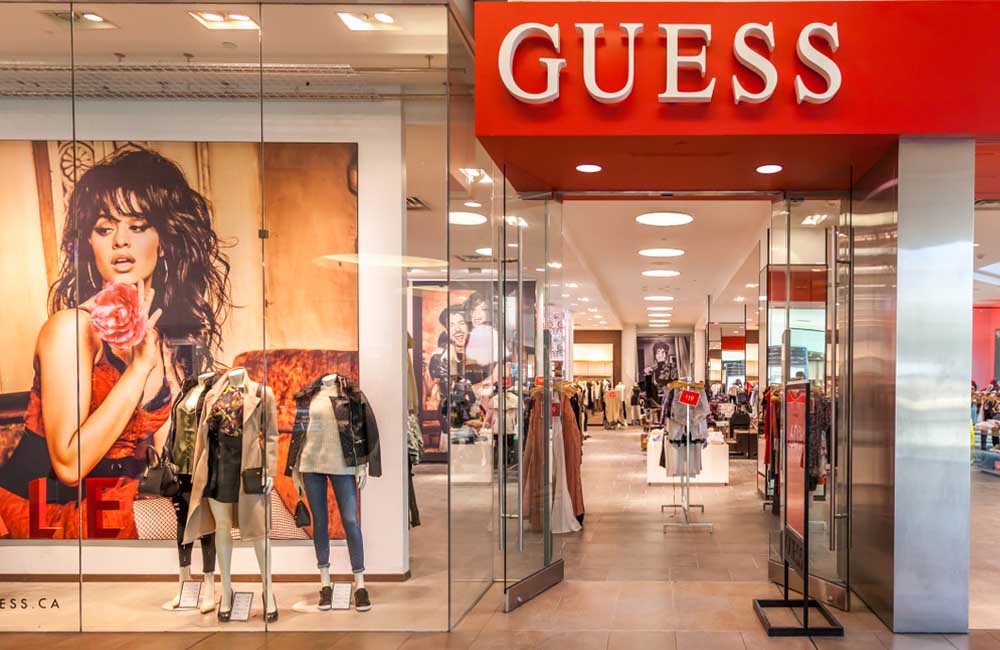 Stock in the company is down 52% in the last year thanks to closures due to the pandemic. With no other way to recoup their losses, Guess is doing what many other retailers are opting to do – close their doors and hope for better days.