America is one of the largest countries in the world, but that doesn’t necessarily mean that the culture of excess includes everything under the sun. In fact, there are some genius inventions out there that Americans have yet to see – much less have the option to purchase.

It can be as simple as a line on a wall or as extravagant as a pizza vending machine, but whether Americans want to admit it or not, some countries are doing it better. Some of these incredible items would be more than welcome at stores like Walmart, so why haven’t they hit the shelves yet?

Location: Europe
What it is: A building evacuation plan placed on the floor

What’s one thing that all of us are taught to do in case of a fire? Get as low as possible to reduce your chances of inhaling smoke. The only trouble is, if you happen to be in a building you don’t know, crawling around on the floor isn’t the ideal way to figure out an exit. 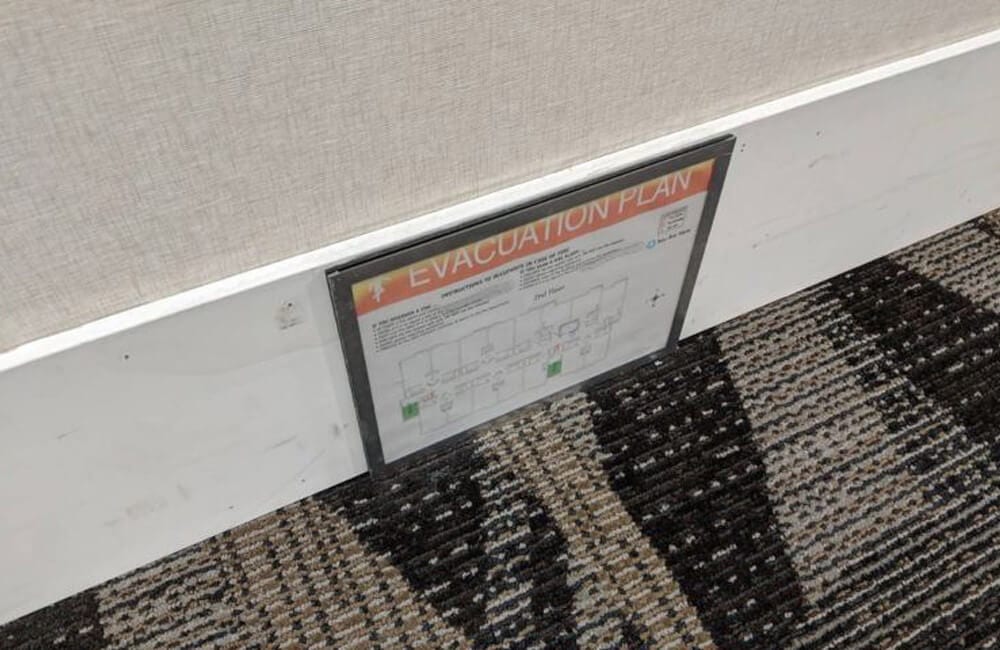 Some evacuation plans are stuck on the walls, but you won’t be able to view them if the halls are clouded with smoke. In some countries like the UK, they stick copies to the bottom parts of the wall, so if you ever needed to, you could still find a map when you most needed it. Simple, yet potentially life-saving!

Location: Asia
What it is: Cupcake ATM

Today many of us prefer to have our goods delivered, eliminating the middleman. This cupcake ATM creates the perfect opportunity to simply order a cupcake from a machine as you’re having a stroll without needing to engage with anyone at all. The price one pays though, is freshness, as these are not quite freshly baked. 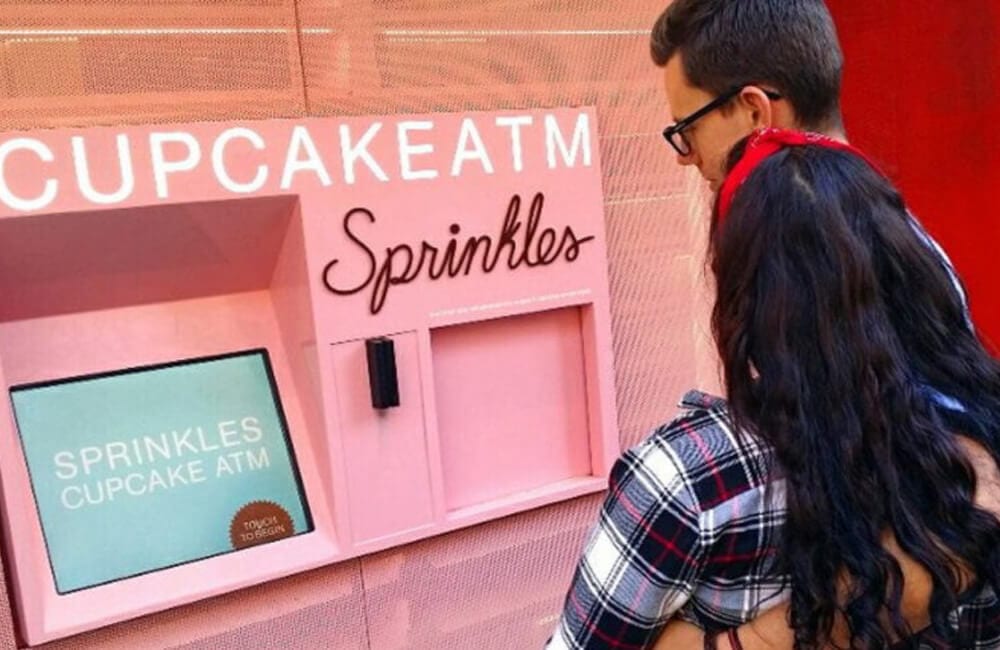 The idea is so clever and simple, it could be expanded to provide all kinds of goods. Essentially a modern version of a vending machine, there is no reason that ATMs can replace the old version altogether.

Location: Asia
What it is: Slide as alternative to the stairs

One would think that the designers had kids in mind when creating this brilliant design. Though it’s not hard to imagine that adults took as much delight in the slides as the kids did. Honestly, who would take the stairs when you can take the slide? 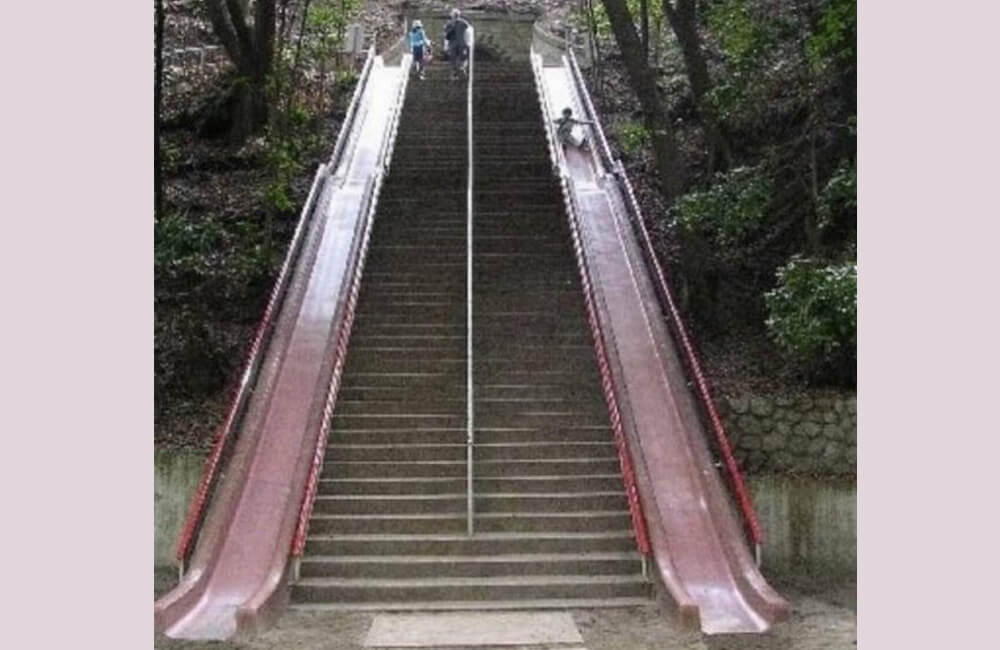 The staircase slide provides the perfect opportunity to reconnect with our youthful spirit, let go and play freely. Now for a solution to go up with as much fun and ease needs to be found.

Location: Tel Aviv, Israel
What it is: LED warning strips on sidewalks to keep smartphone users from getting hit by cars

Tel Aviv, Israel has made a valiant attempt to save iPhone and Android users from themselves. Apparently, the number of smartphone users walking into traffic was high enough to catch the eye of Tel Aviv’s engineering division. The danger with smartphone users is that, when they’re approaching an intersection on foot, they won’t look up from their phones long enough to see that the walk signal has become a “Don’t Walk” signal. 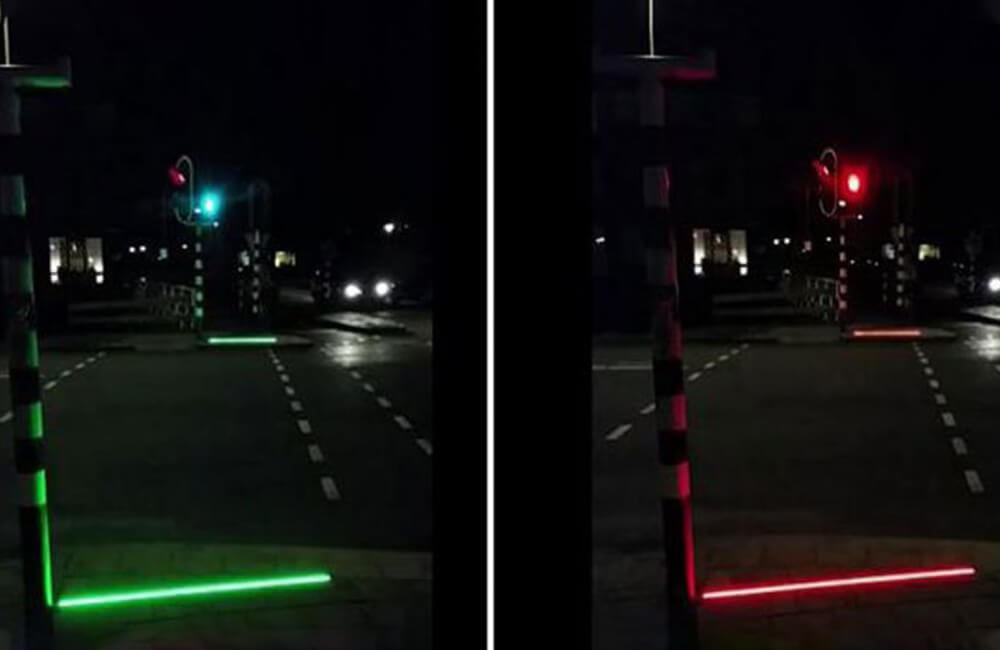 Tel Aviv is pioneering bright green LED strips on the sidewalk, which will light up in warning if the signal is flashing “Don’t Walk.” Smartphone users staring at their phones won’t be likely to miss these “zombie lights.”

Location: Trondheim, Norway
What it is: Escalator that people on bikes can use

When you think of a bike on an escalator, you probably think of mayhem and people falling. However, that is not the case in Trondheim, Norway. The bike escalator helps solve cyclists’ Achilles heel: steep hills. The escalator was reportedly invented by a commuter who worked at the top of a hill. 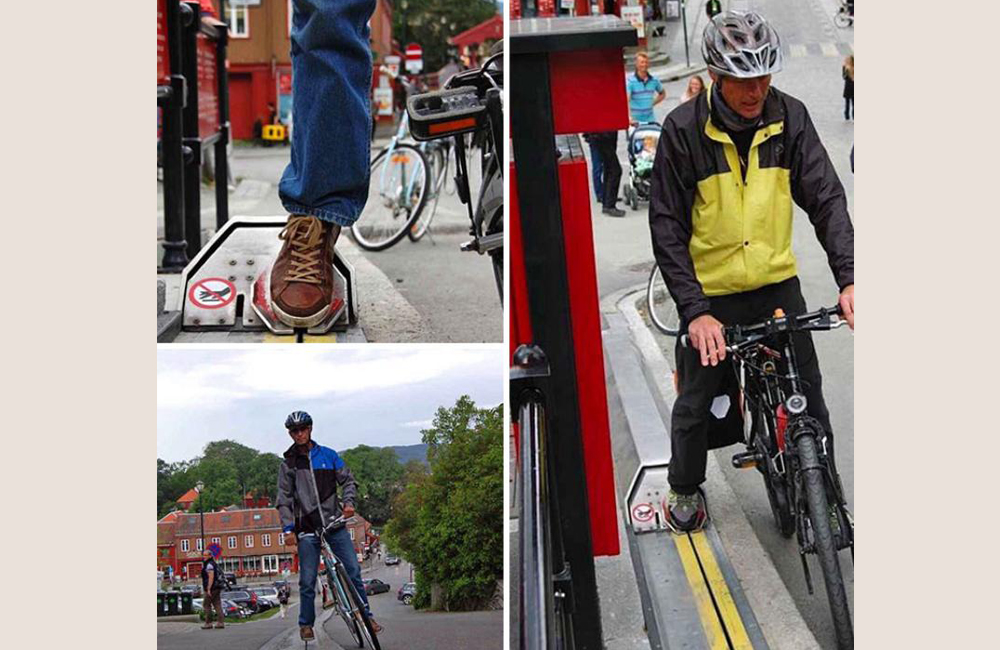 Location: Amsterdam, Netherlands and Paris, France
What it is: High-speed train traveling between Paris and Amsterdam

One social media user claimed that he got from Paris to Amsterdam for just $35 in three hours. The high-speed train is run by Eurail, and it provides people with a lightning-fast way to travel. There’s no doubt that people decades ago would have been amazed at the idea of a bullet train. 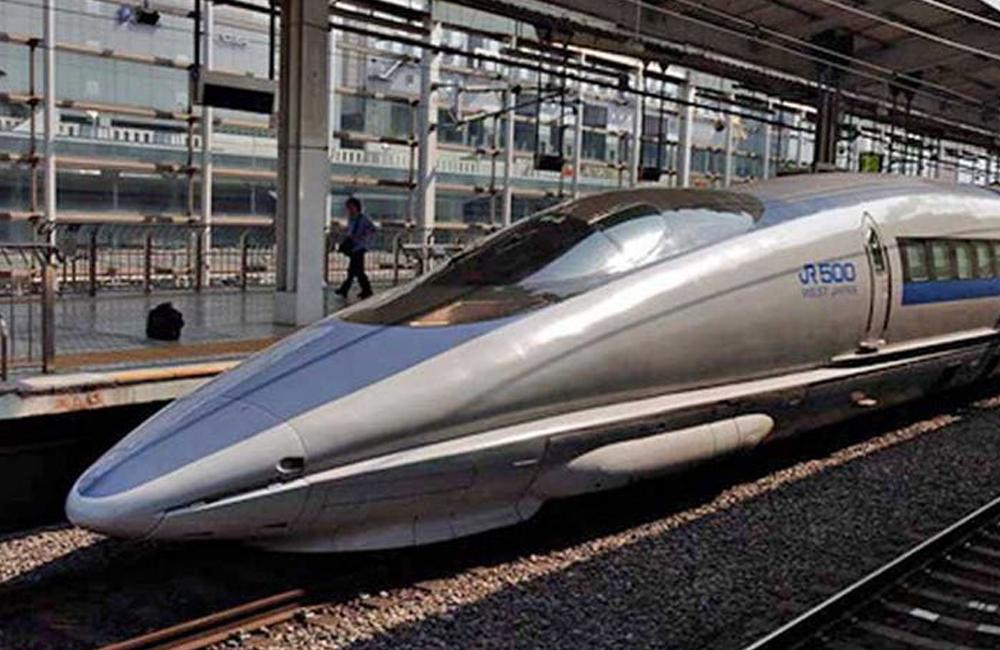 The train, called Thalys, departs from Amsterdam’s Centraal Station and Paris’ Paris-Nord Station. For now, those are the only two locations this train travels from. In China, the Shanghai maglev is far larger than the Thalys. It travels at 268 miles per hour, linking the airport with eastern Shanghai’s Longyang Road.

Location: Unknown
What it is: Bottle cap that tells how much time has passed since the bottle was opened

Forgetting to take medication is a common problem. According to Pillsy, medication adherence is something everyone struggles with. A Pillsy survey revealed that one in two people in America often missed a dose of their regular medication, while one in three often forgot that they took medication at all, leading to the possibility of people taking too much or too little. 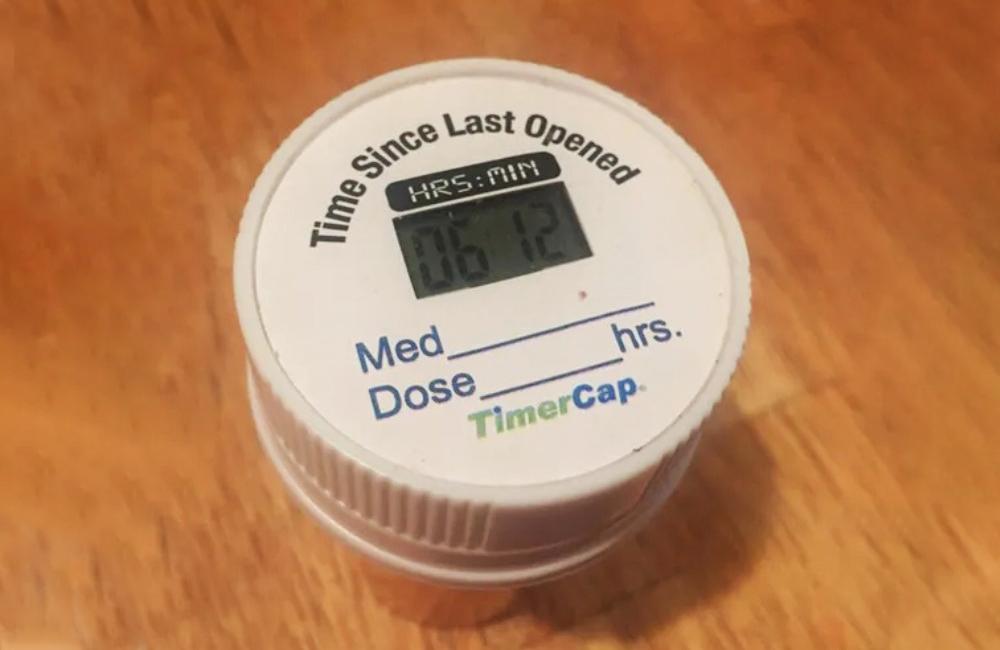 Location: Unknown
What it is: Safe zone for buyers and sellers online to meet without possible robberies

This invention should be everywhere, as one only needs to look briefly at the news to see that there have been some terrible misunderstandings when it comes to dropping off an Internet purchase. Websites like Craigslist and Facebook Marketplace allow people to exchange money for goods and services, but it’s hard to know where to meet up. 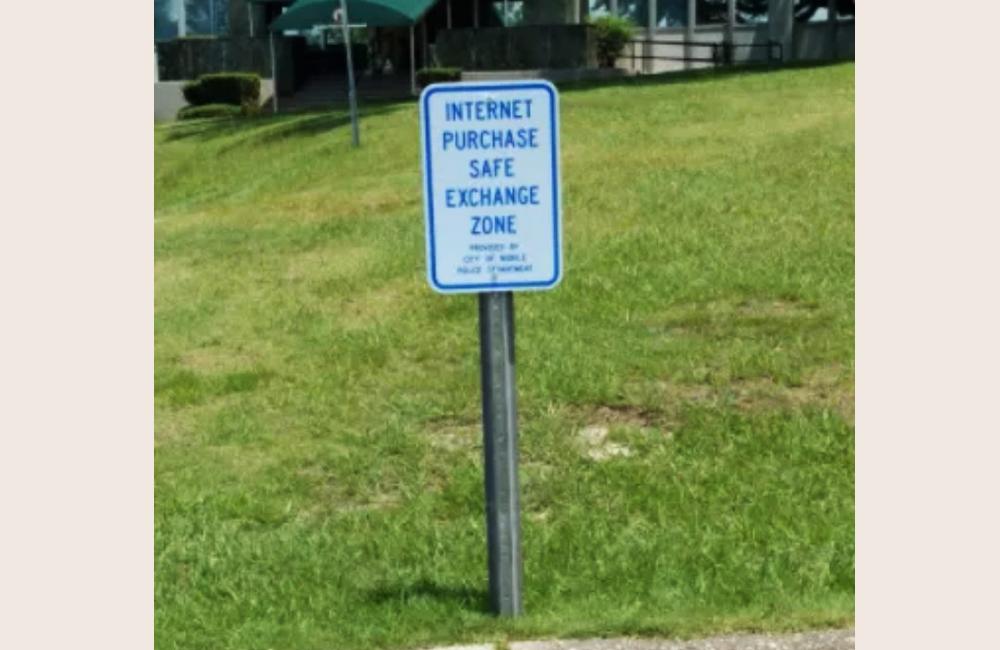 “Internet Purchase Safe Exchange Zones” provide a safe place for exchanges to occur. Police stations across the world believe that these zones, which are demarcated by signs like this one, will lead to a decrease in robberies and other potential crimes that result from unsafe Internet exchanges.

Location: Unknown
What it is: Urinal guard to prevent splashing

As one Redditor said, “Why is this not more common?” Though the urinal is an American Standard, the urinal guard, which protects against gross splashes, isn’t something you see every day. Commenters debated whether the splash-free urinal was a good idea, with one person saying that whoever had the unfortunate job of cleaning the urine guard probably wouldn’t think it was all that great. 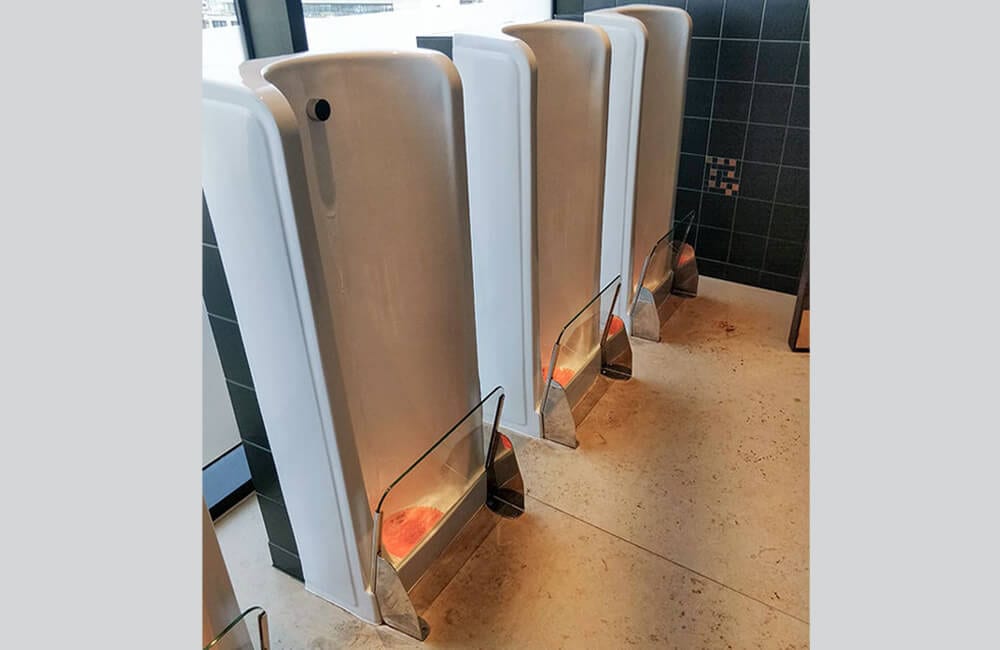 Either way, it definitely keeps the floors from getting splashed, something that any public restroom user can appreciate. Now, all these clever inventors have to do is something to keep you from having to actually touch the urinal handle.

Location: China
What it is: A vending machine that dispenses live crabs

China was feeling a bit competitive when it came to wacky inventions, so the country decided to outshine Japan’s weird vending machines with one of their own. In Nanjing, there is a vending machine that sells live crabs. The crabs are kept in icy containers, which keep them sleepy and in a semi-hibernation. 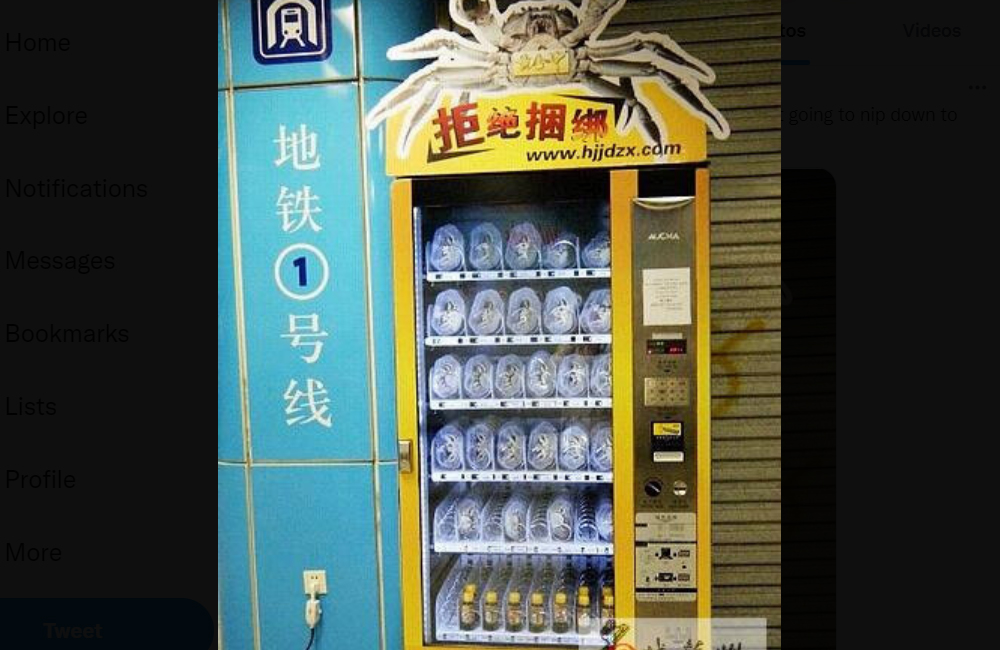 The machine was designed to make it easier to buy live crabs in Nanjing. People would previously have to travel outside the city on a long trip to get their fill, but this subway station in Nanjing is now the answer to that problem. The machines sell 200 crabs a day, each at a price from $2-$7. Needless to say, PETA would never allow that in the U.S.

Location: Non-US Countries
What it is: Different Fanta flavors that America doesn’t have

As Americans can see from the photo, a lot of these Fanta flavors are not found on shelves in the States. The fruit-flavored soda company has flavors like apple and sour cherry, grapefruit, and raspberry and passionfruit in other countries. 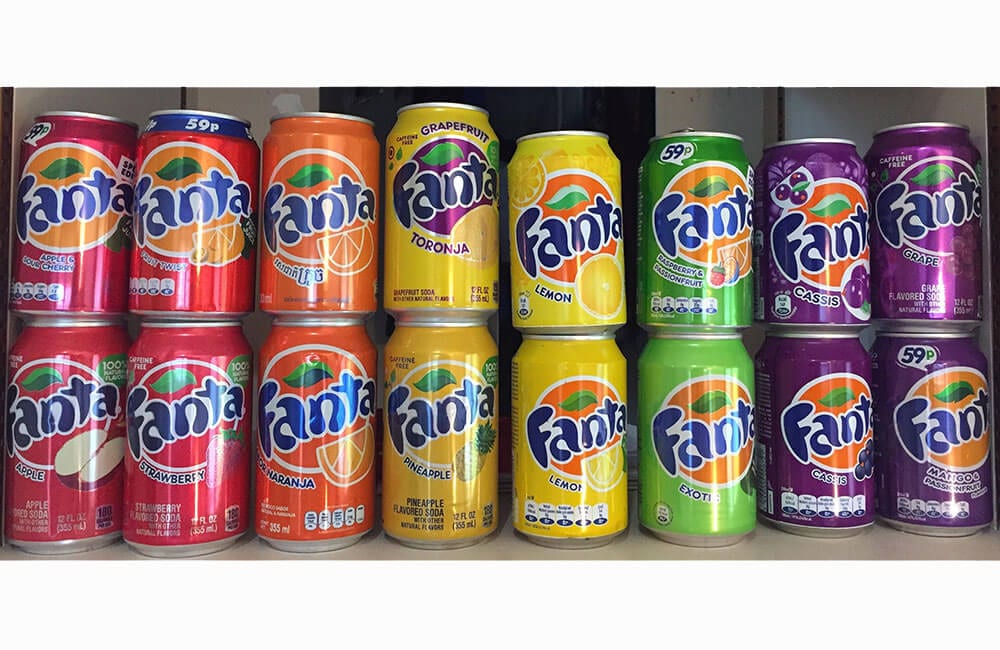 That’s not the only change that Fanta has made to its overseas brands. For example, in the UK, Fanta tastes differently because it has 33% less sugar. Fanta uses artificial sweeteners instead of pure sugar, something that has drastically changed the taste of flavors like Fanta Orange (and not for the better, if you ask most customers what they think).

Location: China
What it is: Beer that costs only six cents for a domestic pint

In America, the average price of beer is around $4.75. In China, you’ll find that that price is just a tiny fraction of what we pay here. China has some of the cheapest beer in the world, particularly in Guangzhou. 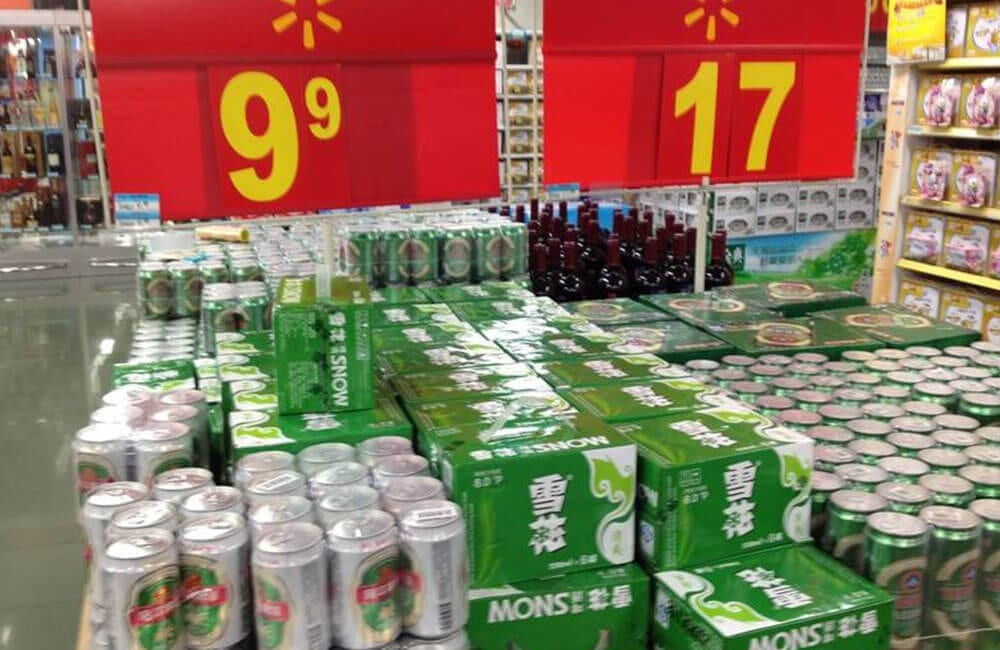 According to Numbeo, one pint of domestic beer costs six cents in China. A twelve-ounce bottle of imported beer is a little more expensive, costing sixteen cents. That’s likely a shock to Americans, who pay far more than that, especially at bars where the beers are marked up. Chinese beer is also not bad, according to reviews, and it pairs well with, unsurprisingly, Chinese food.

Location: Unknown
What it is: Scoop for chip cylinders

Pringles: once you pop, you typically just can’t stop. That is if you can fit your hand in the cylinder! The slim, plastic scoop is small enough to fit on the side of the oval shaped chips and scoop them out, making consumption simple and easy. 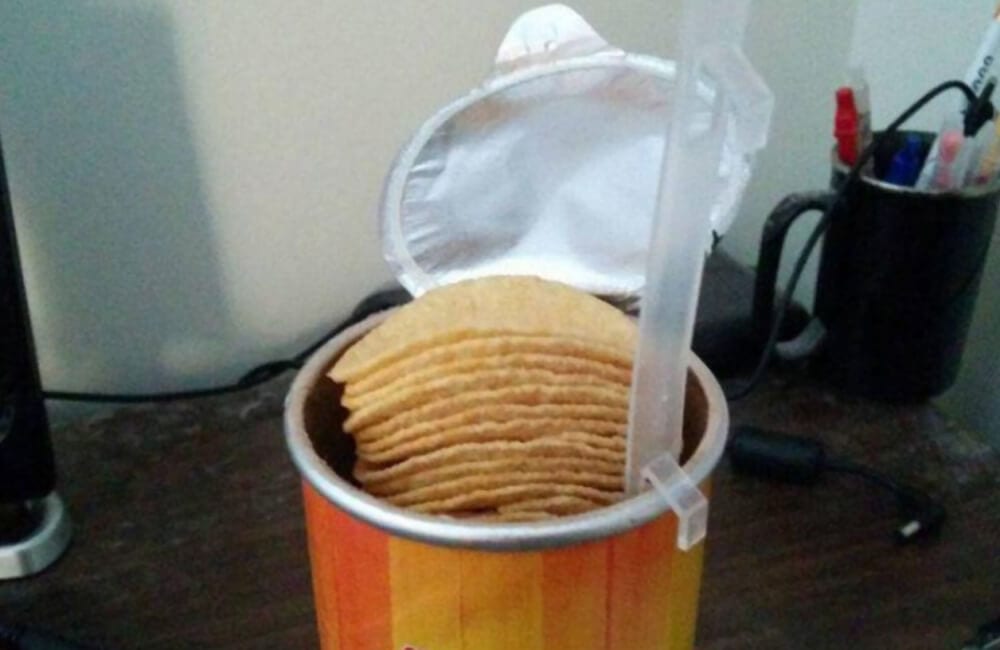 This is really handy for those with larger hands or those who prefer not to get their hands and arms full of chips spice. Especially for the chips at the bottom of the can – no more crumbs all over the place!

Location: Germany
What it is: Steamed and fried pork sausage with spiced ketchup

Currywurst might be a simple street food, but it is a huge favorite of people living in Germany. The Berlin-based street food is a fast-casual dish, made of fried and steamed pork sausage, usually cut into chunks, with curry ketchup on top. Curry ketchup is spiced tomato paste or ketchup. 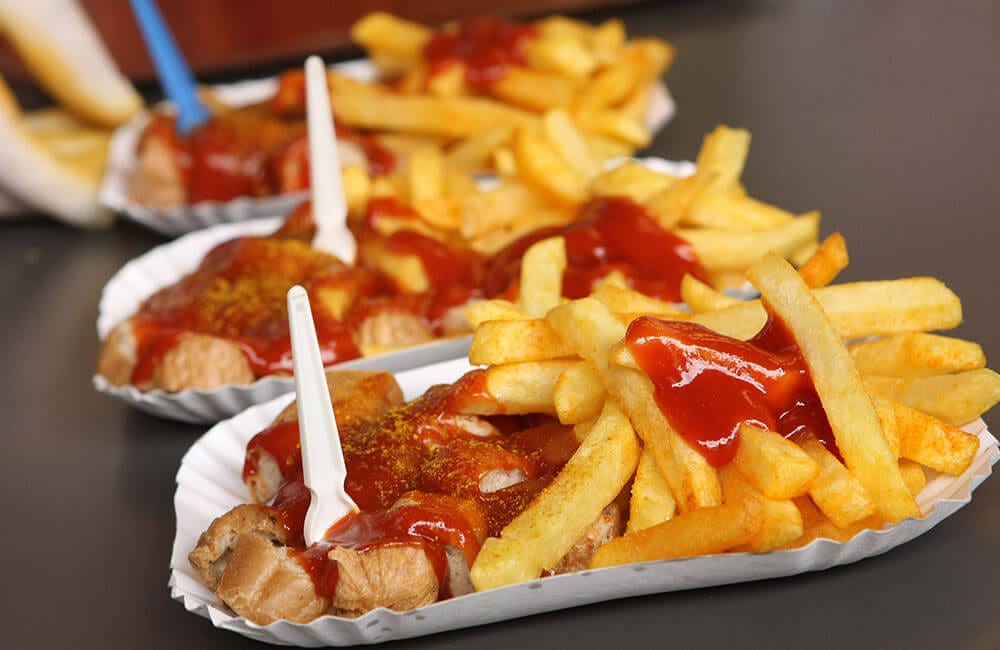 The street food grew enormously popular after WWII ended. Post-war times in Berlin were tough (along with all of Europe), and cheap food was a must-have. Currywurst was both cheap to make and delicious, checking both boxes. The food’s prevalence has grown, and it’s now served in restaurants in Berlin, in addition to street vendors’ hubs.

19+ Genius Shopping Hacks To Help You Get Great Deals
If you’re an avid shopper or even someone who just does it out of necessity, you can understand the benefit of finding great deals. Recent world events changed the way we shop quicker than most people anticipated, and most new online shoppers were left in the dark on how to find deals. So how can […]
Valuable Discoveries Found In Unexpected Places
We’ve all made some unexpected discoveries before. Maybe you found $20 in a coat pocket you didn’t use, or you stumbled upon a surprise family heirloom in your basement while cleaning. Just like your findings, the discoveries on this list all came by surprise. They range from weird to invaluable, encompassing everything in-between. Many of […]
70+ Essential Survival Projects You Should Build ASAP
There are a lot of reasons why someone would want to attempt the projects on this list. All of the how-tos here have to do with survival, whether they involve building shelter, growing food, camouflaging rain barrels, or another vital skill. In a survival situation, these DIYs will definitely come in handy. No matter whether […]
40 Things That Everyone Had In The ’70s That No One Sees Today
The 1970s were a colorful time in American history, both figuratively and literally. If you grew up in this era, then you remember that the ‘70s were famous for the rise of disco and bell bottoms. You also know that this era was full of cultural change, technological innovation, and, as with any time in […]
Advertisement