Ah, Russia. It’s a land full of snow, vodka, impossible-to-pronounce last names, and confusing little dolls. There’s not much you can’t love about Mother Russia, but, if we’re being honest, the country is certainly a wild place. Though the people are warm and loving, there are places and things there that you can’t find anywhere else.

From dead cities that look like something out of a Netflix movie to freezing cold lakes, Russia is not for the faint of heart. However, if you want to travel there, you’re bound to have a good time (as long as you follow the rules, of course). Scroll through this list to see what Russia has to offer brave adventurers.

The Poles have something similar, but, realistically, nothing can hold a candle to Russian vodka. Russians love their водка so much that they gave the drink a museum: the Museum of Russian Vodka. Located in Admiralteyskaya, St. Petersburg, entry into the museum, which is open from 11AM to 10PM, costs $2.35 per person (without a tour). 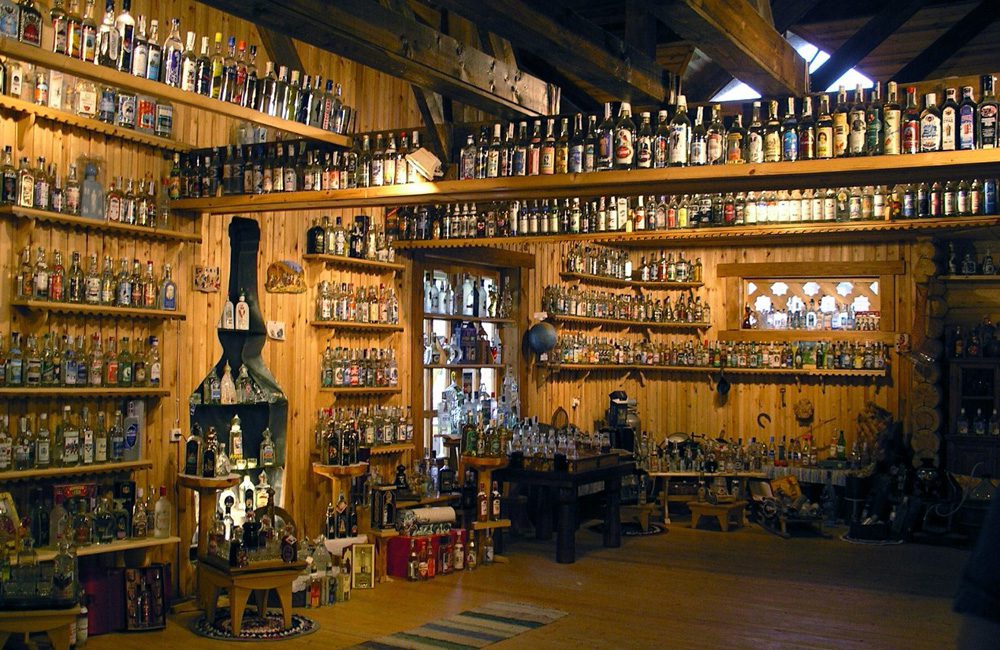 You can learn how vodka is made and how it has been consumed throughout the centuries. You can eat at the attached restaurant, and even try a little vodka yourself. Beware, though. Russian vodka isn’t Ketel One or Three Olives. It’s far stronger.

Fans of horror movies need not visit Chernobyl if they want a thrill. Consider traveling to a little city called Dargavs, also known as the “City of the Dead.” The reason behind this Halloweenish name is that, outside of Dargavs, there is a medieval necropolis. 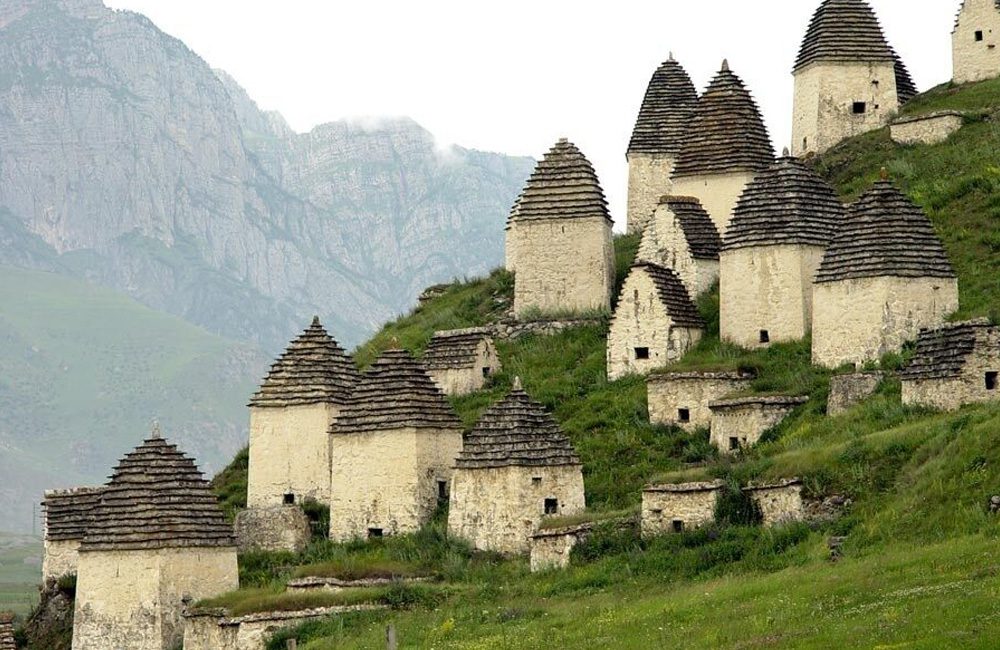 In this necropolis are ninety-nine crypts and tombs, some of which date back to the twelfth century. Visiting Dargavs’ City of the Dead is a cross between The Walking Dead and a History Channel special. There are quite a few myths attached to the cemetery, one of which is that people go in, but they don’t come out alive. That’s why Dargavs locals never go there.

Get ready, because this one is more than a little bizarre. In Russia, there is a contest called the “Bubble Baba Challenge.” In 2007, four hundred people, each equipped with a blow-up doll, competed in a race down the Vuoksa wild water river. The organizer of the event, Dmitry Bulawinov, claimed that the idea started as a joke. 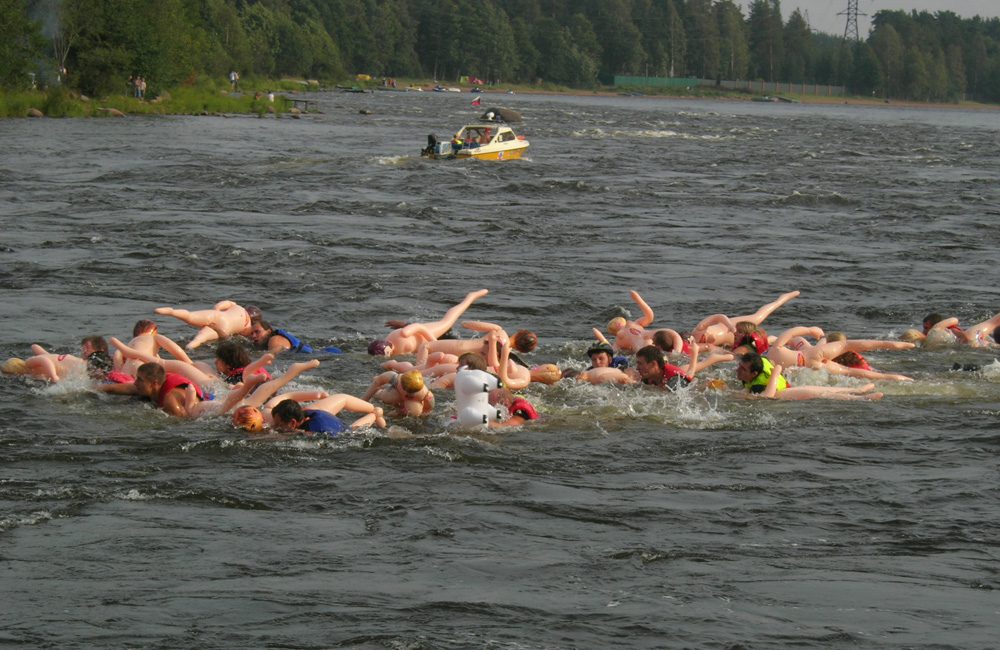 He and his friends had gotten together for a party, but no women had shown up. Someone joked that they should go camping and take fake Barbie-like blow-up dolls with them, to which another person replied that they would make a good flotation device in an emergency. From that silly conversation, the Bubble Baba Challenge was born.  Though the Challenge is currently banned, they go ahead and do it anyway each year.

To understand the Yuri Kuklachev Cat Theatre, you have to understand who Yuri was. He was a clown who performed under both the Russian and Soviet governments, and he was even awarded the RSFSR’s “People’s Artist” in 1986, a period of time where there was little else to laugh at. 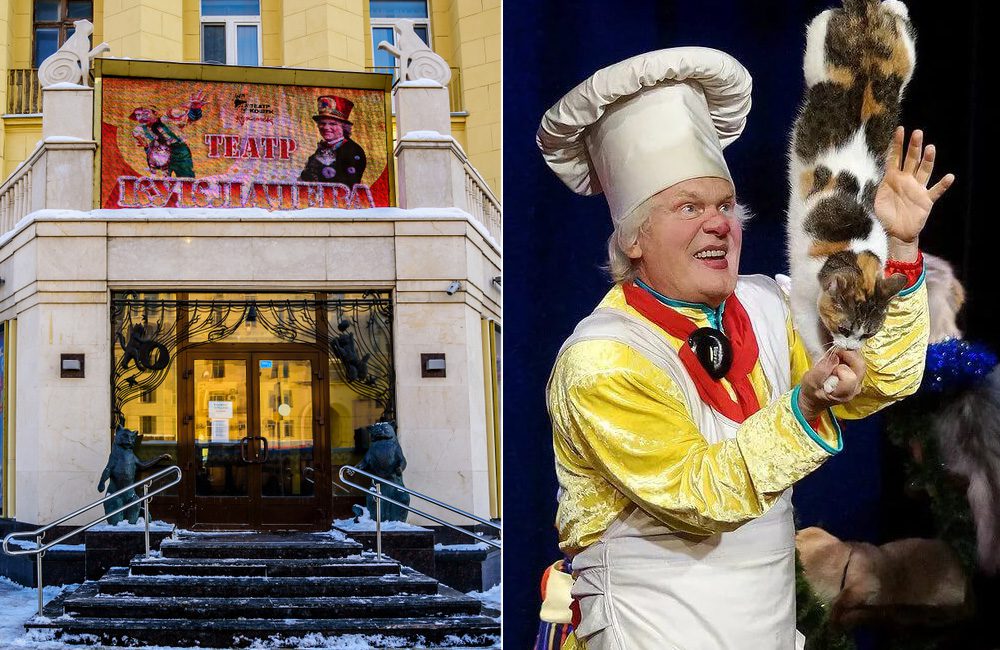 Yuri loved cats, and that inspired him to start his own Cat Theatre. The Cat Theatre has a cast of more than two hundred cats, spanning thirty-eight breeds, who act in theatrical performances. The cats climb on everything and run around, and the human performers with them weave a hilarious story from their antics. It’s ridiculous, but quite a bit of fun, especially if you love cats.

Chess City is one of the largest complexes in the world, totally devoted to chess and similar competitions. The development consists of a four-story Chess Hall, with an Olympic-style village full of Mediterranean architecture. The complex is located in Kalmykia, an otherwise poor republic in Russia. 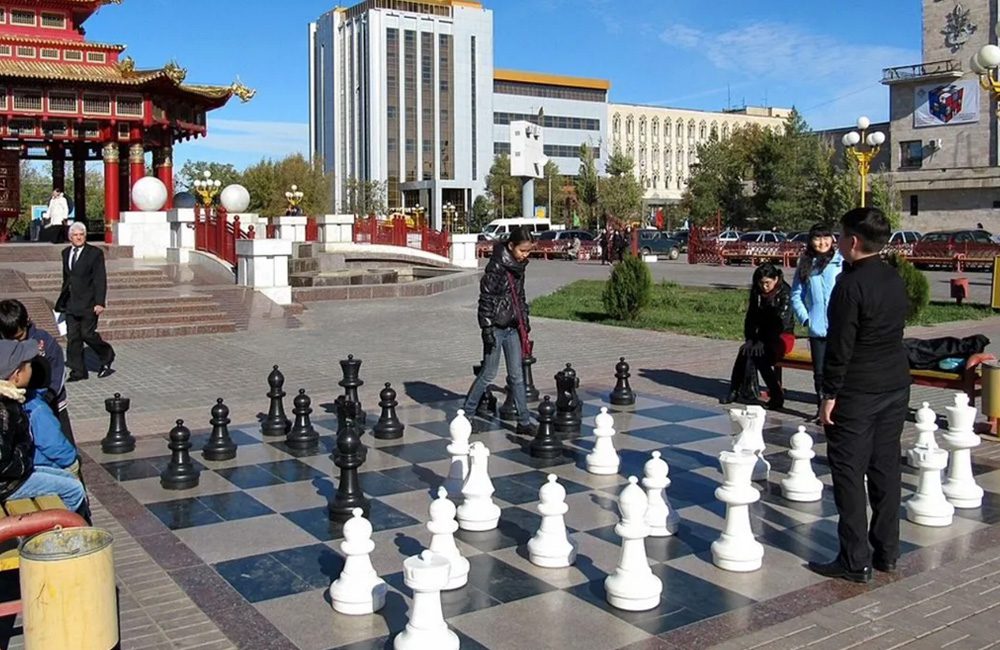 Kirsan Ilyumzhinov, the mega-rich president of Kalmykia, came up with the idea for Chess City because he’s a chess fanatic. The opulent complex was roundly criticized because of how poor the rest of Kalmykia is. 300,000 people live in the barren steppe region, and the Disney-like Chess City looks bizarre sprouting out of what, otherwise, looks like a wasteland.

This interesting museum is a leftover from the times of the Soviet Union. The concept for this museum was conceived in 1877, after a Russian exhibition in Brussels, called “On Issues of Hygiene and Avoidance of Danger” was a success. In 1919, the Museum of Hygiene was built. 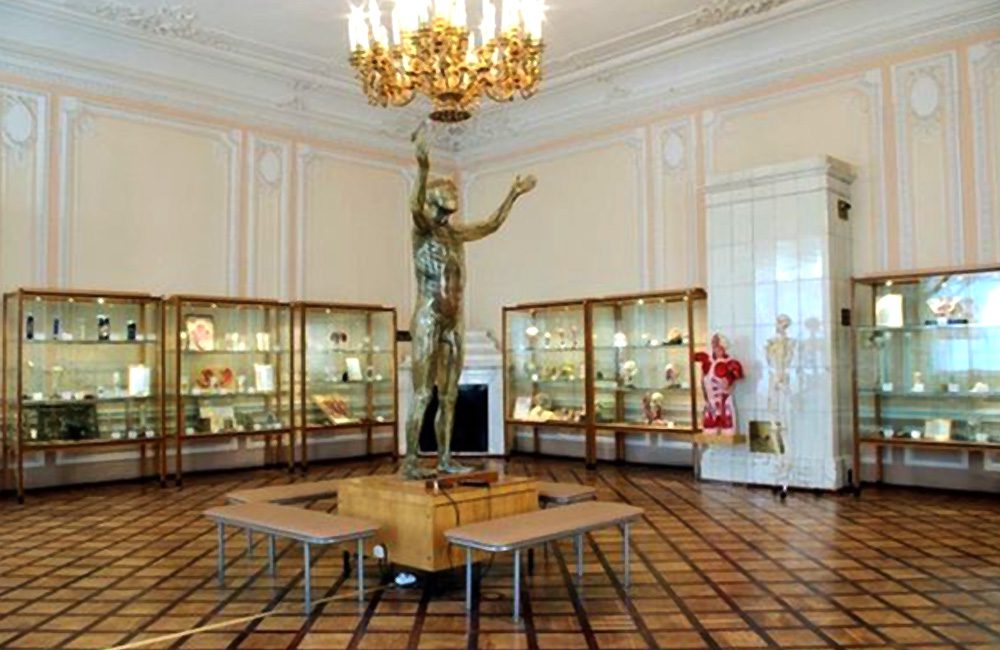 The Soviets didn’t just buy some Crest toothpaste and put it on display, however. The Museum’s exhibits include grisly, graphic depictions of infectious diseases, the consequences of bad habits, and STDs. There is also a theater, which hosts videos and lectures on topics like smoking and drug abuse. Undoubtedly, the highlight of the Museum is the original stuffed Pavlov’s dog.

On the topic of hygiene, another procedure, enemas, is much-loved in Russia, so much so that an eight-hundred tonnes bronze statue was erected in their honor. The statue is shaped like a bronze syringe being held by three angels. It was built at the Mashuk-Akva Term Spa in Zheleznovodsk. 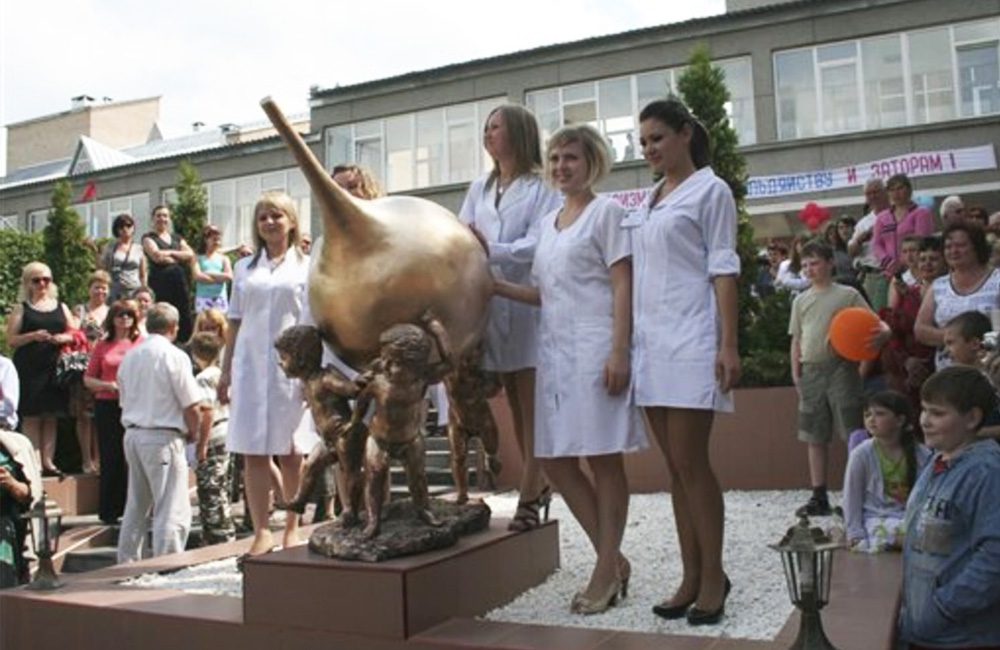 The Russian resort explained its decision to create the enema monument, saying it wasn’t meant to be “kitsch” or “obscen[e],” as it was the “symbol of our region.” The sculpture cost $42,000 to construct, and Svetlana Avakina said she made the monument with “irony and humor.” For those who can’t beat constipation through a supplement bought at CVS, traveling to Mashuk-Akva might be the answer.

Have you ever been curious about space food? Formerly thought to only be the fodder of astronauts, space food is now making an appearance on commercial shelves, in part thanks to the Space Food Laboratory. The lab’s mission is, according to the SFL, to “make space food available [to] consumers.” 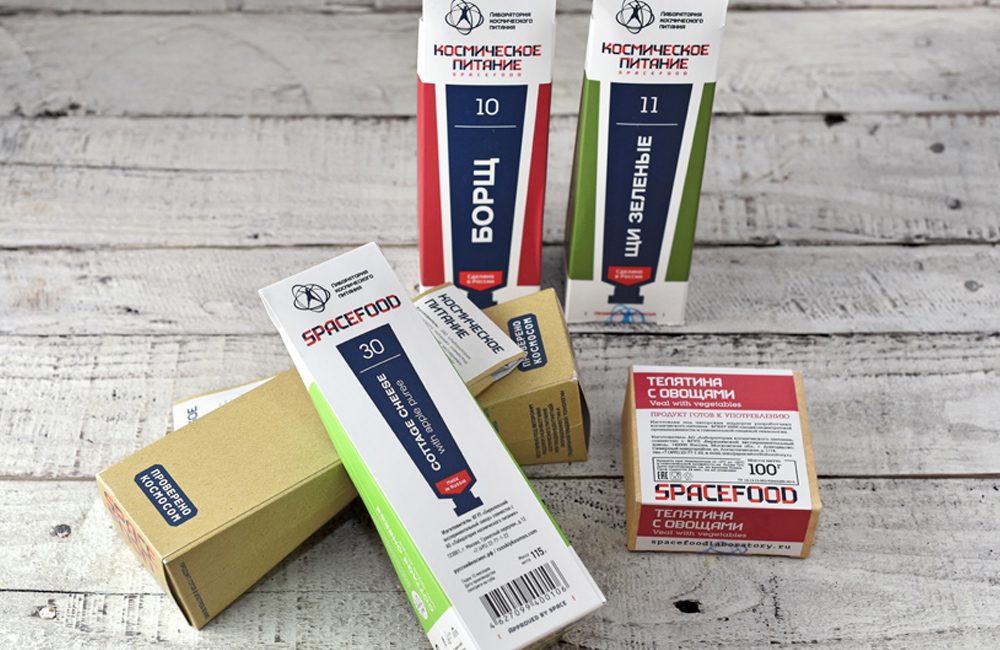 Founded in 2011, the SFL became the only company in the world that offered high-quality astronaut food, called Astrofood, for mass consumption. They released the first Astrofood tubes in 2014 and, two years later, introduced canned food. The food isn’t just unique, it’s also nutritious. There are no preservatives, artificial chemicals or stabilizers, or fake thickening agents. If you want to give it a taste, most meals cost between $20 and $40.

As aforementioned, Russians eat a little differently than everyone else. Though there might be no Michelin restaurants in Moscow, that doesn’t mean that the food is any less delicious. One of the most luxurious, expensive meals in the city is the “Burlak Breakfast,” served at the Beluga Restaurant. 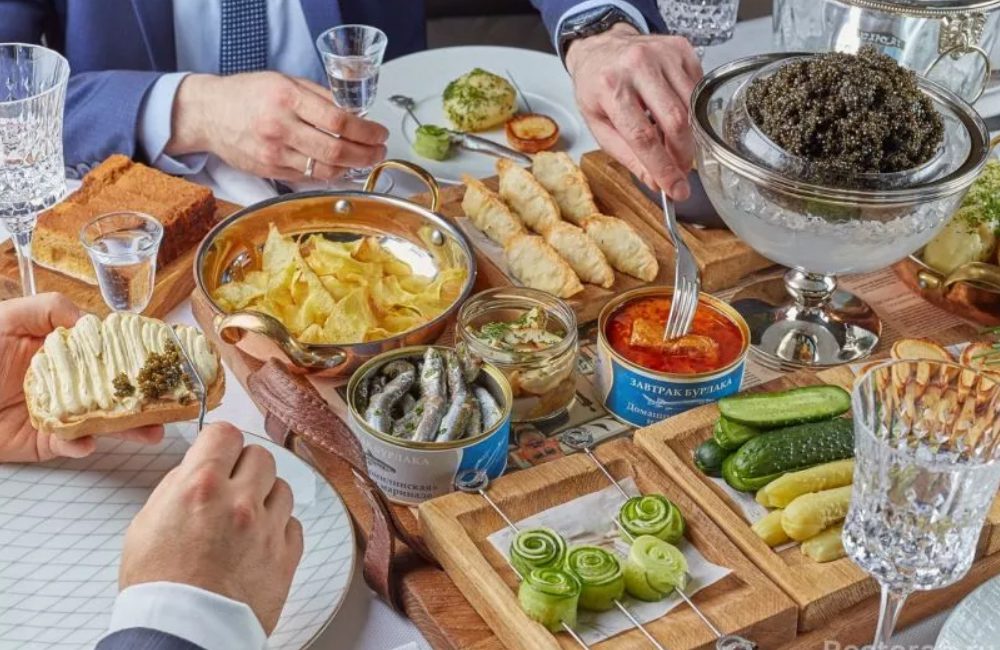 Named after burlaks, who are big haulers, the breakfast serves four to six people. It’s far from anything you’d find on the menu at Denny’s.  You get black caviar and a dozen traditional Russian dishes, including open-topped pastries, salted cucumbers, pancakes, boiled quail eggs, potatoes with dill, potato noodles, porcini mushrooms, and marinated sprats. The breakfast, of course, comes complete with a healthy serving of Beluga Noble Vodka.

If you’re a fan of Cold War history, or you just like creepy things, Bunker-42 is for you. Bunker-42 was constructed as a strategic command post for the Soviet Union’s nuclear forces. Built in 1955, the anti-nuclear underground facility has become a symbol of the nuclear threats posed by the Cold War. 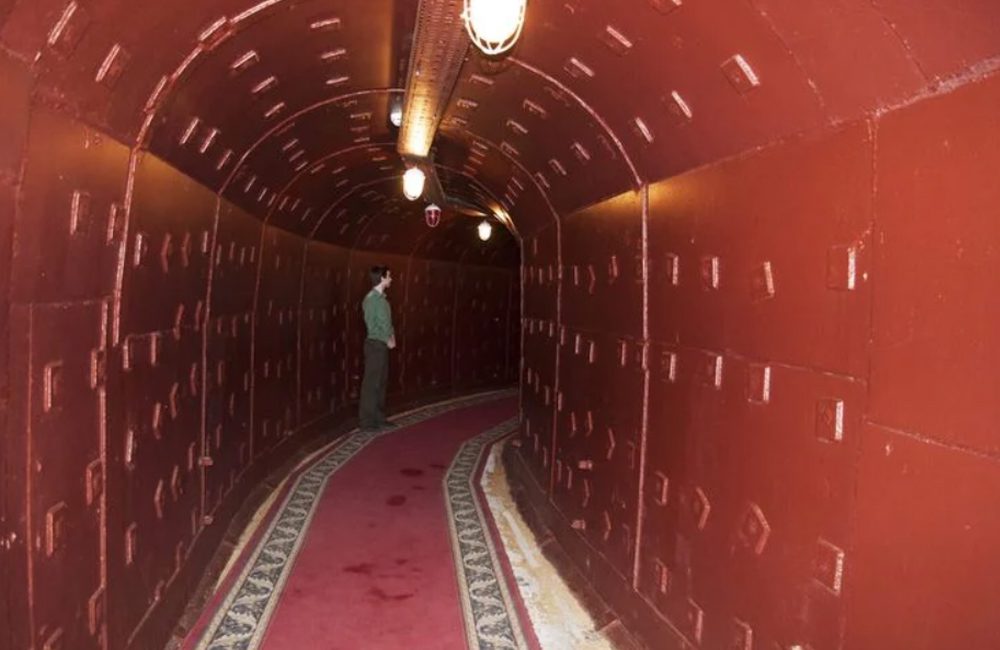 The bunker has 75,000 square feet of space and is located 213 feet below the ground. 600 people were able to work and live in the complex for up to a month without needing any outside assistance. Bunker-42 was like something out of a Netflix post-apocalyptic movie, with huge stores of medicine stacked in the bunker. Bunker-42 employees would commute to the underground facility only at night on special, secret trains.

Lake Karachay was once a small, picturesque lake at the foot of the Ural Mountains, near the settlement of Ozyorsk. When the Soviet Union came into power, they used Lake Karachay as a place to dump radioactive waste from the nearby nuclear waste reprocessing and storage facility, Mayak. 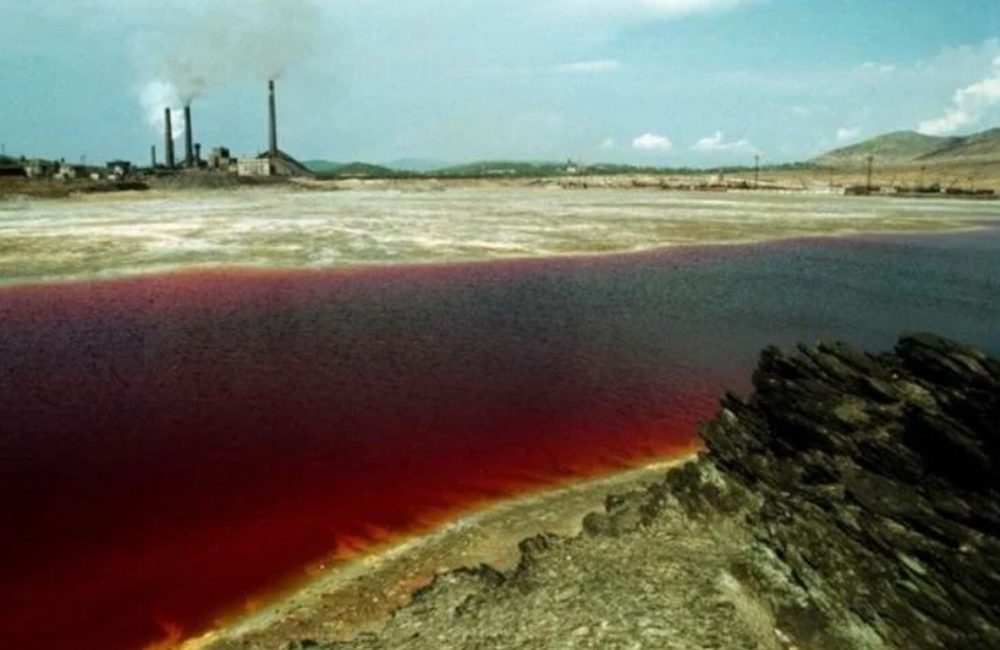 The lake is now infilled completely with special concrete rocks and blocks, and it’s a near-surface permanent nuclear waste dump. Lake Karachay’s radioactivity is the same as the levels seen in the Chernobyl disaster, which is still one of the worst nuclear accidents of all time. From a radiological perspective, Karachay is the world’s dirtiest open-air place. Currently, there is a plan in the works to clean up Karachay, but that is expected to cost $263 million to accomplish.

The port city of Yakutsk has attractions like the Mammoth Museum, Melnikov Permafrost Laboratory, and other exhibits of Ice Age fossils. However, what the city is really known for is being the coldest city in the world. The city is entirely built on permafrost, which is ground that remains colder than 32 degrees Fahrenheit for over two years. The permafrost under Yakutsk is 389 years old, if not older. 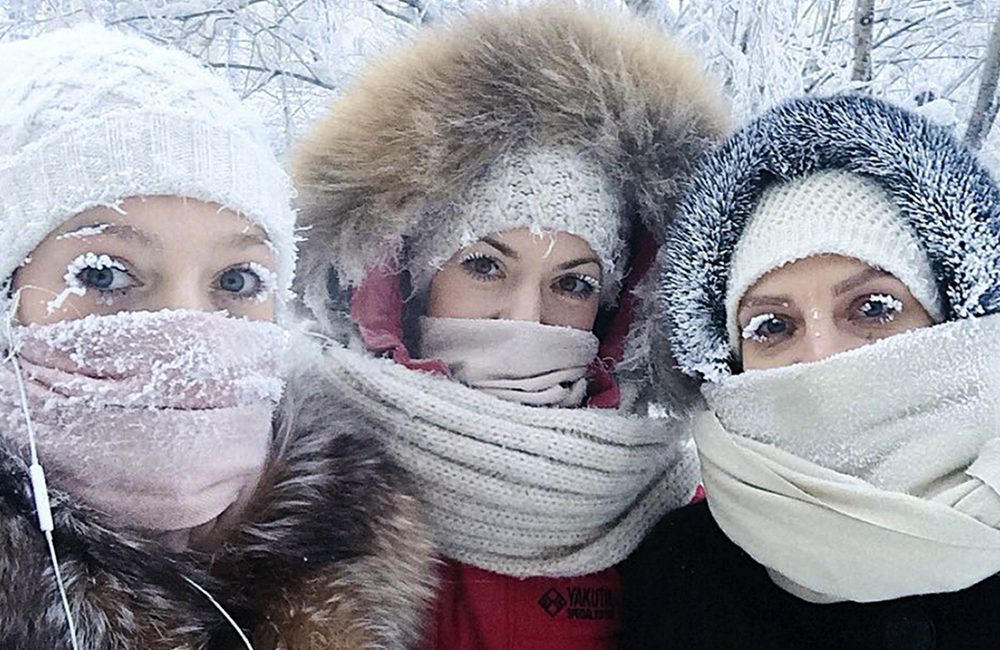 Most buildings in Yakutsk are constructed on wooden or concrete pylons or stilts so that the permafrost won’t melt. People moved to this frigid zone in the 1880s, when gold and other precious gems were discovered. Despite the cold, the city is home to over 250,000 people.

Though Russia might not appear to the world like a bastion of tolerance (it’s not), there are at least some peaceful epicenters there. One such cultural center is the Temple of All Religions, located in Kazan, Russia. Built by Ildar Khanov, the structure is a religious venue and addiction treatment facility, as well as a shrine to current and past religions. 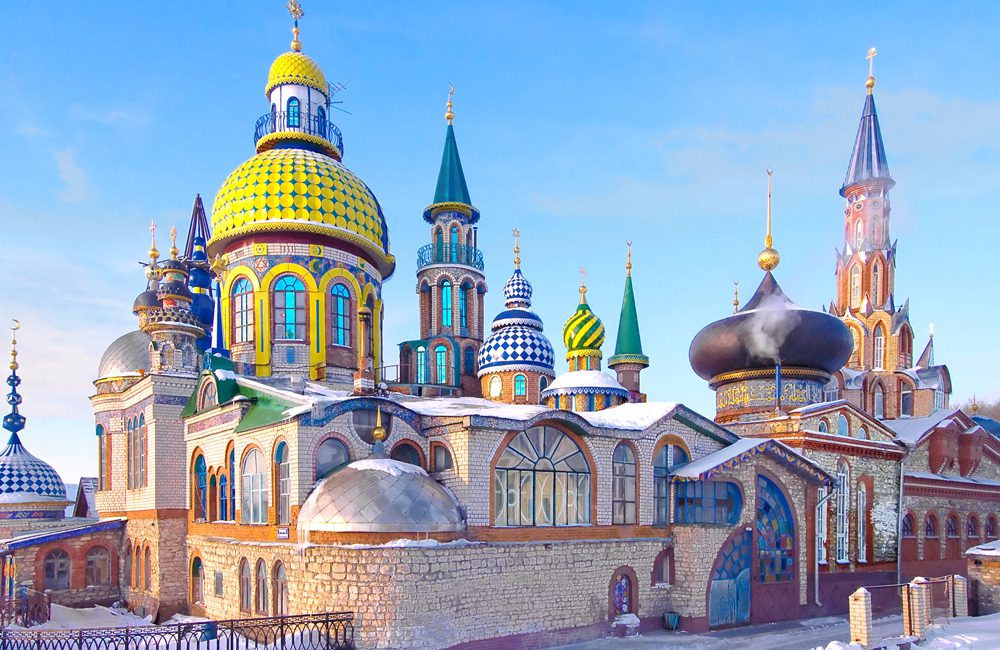 The Temple of All Religions @tulipan922 / Pinterest.com
Advertisement

The Temple of All Religions is a mishmash of religious architecture, and it is home to a mosque, synagogue, Orthodox church, and more. Khanov has said that he wants the Temple to have sixteen cupolas, which correspond to sixteen major world religions.

Russian art is the most beautiful in the world, and Palekh miniatures are an impressive example of Russian artistic prowess. Palekhs are miniature paintings, done with tempera on varnished paper mache articles like cigarette and powder cases. This folk handicraft is amazingly detailed for such a small surface. 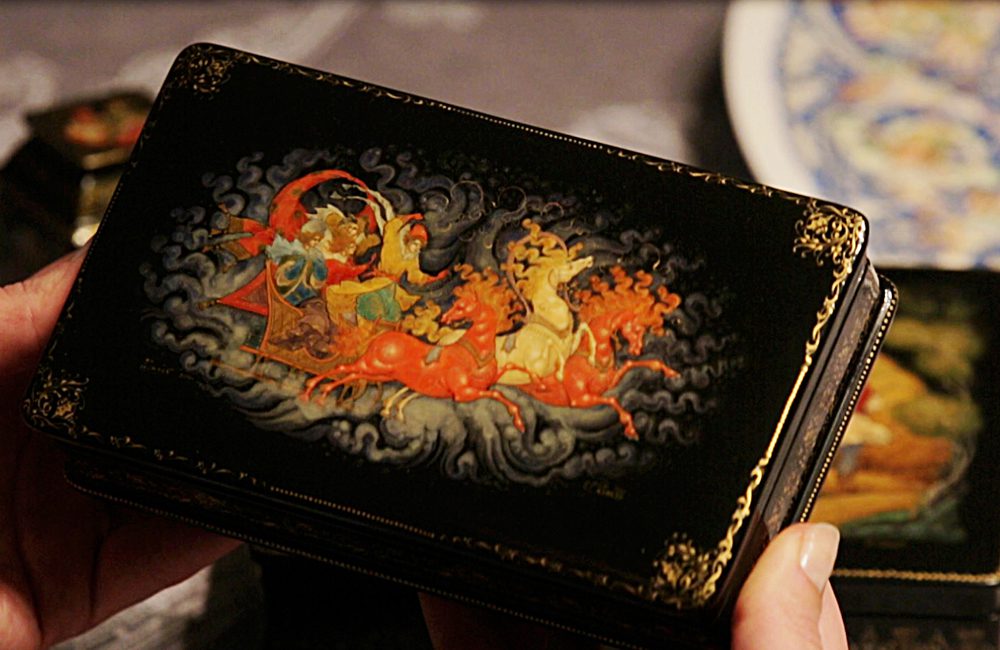 Palekh art first appeared in Palekh, Russia in 1923. Since then a Palekh Art Association has formed, where artists from all over the world come together to paint miniature, detailed scenes. These scenes consist of bright local paints against a black background with gold shading that is reminiscent of Russian icon-painting traditions.