Landing a role in a hit TV show or a blockbuster movie is a dream come true for many actors, but it’s not always a guaranteed deal. Even Hollywood’s elite can be fired from their jobs, just like the rest of us. In fact, it happens more often than you realize.

Stars can be halfway through filming a big Amazon series or a Disney movie, but if the director isn’t feeling it or if the studio has a change of heart, it can all be gone in a second. Some of the biggest names in the industry have had to walk away from parts that could have altered the course of their career.

Project: Knocked Up
Replaced By: Katherine Heigl
Loss of Salary: $300,000*

Anne Hathaway has been in a ton of movies, both lighthearted and dramatic. In 2007, she signed on to play the lead female part of Alison in the now infamous hit, Knocked Up. Everything was going well, but ultimately the deal fell through when Hathaway didn’t like the creative direction Judd Apatow was taking, namely in the birthing scene. 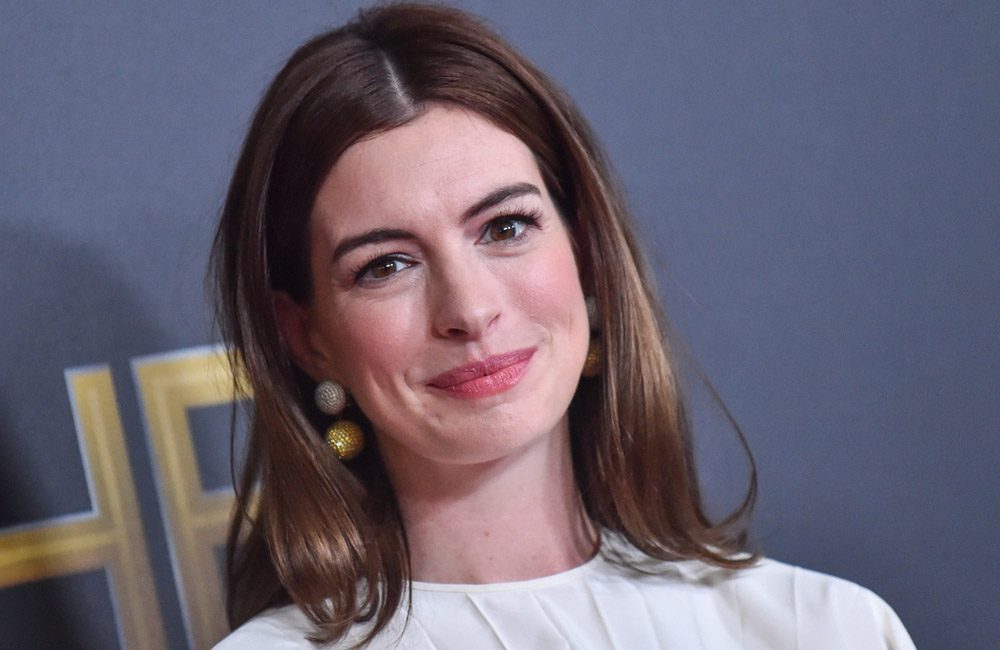 Katherine Heigl was only too eager to pick up the slack, going on to star in the movie opposite Seth Rogen. The former star of the ABC series Grey’s Anatomy proved to be a big hit with viewers. Heigl was paid $300,000 for the role, meaning Anne missed out on a very nice payday.

It’s hard for many fans to imagine anyone else playing the part of Bruce Banner in the MCU now, but there was a time when things could have been very different. Edward Norton of Fight Club fame originated the role in the Marvel Cinematic Universe and was supposed to be a key cast member in 2012’s The Avengers. 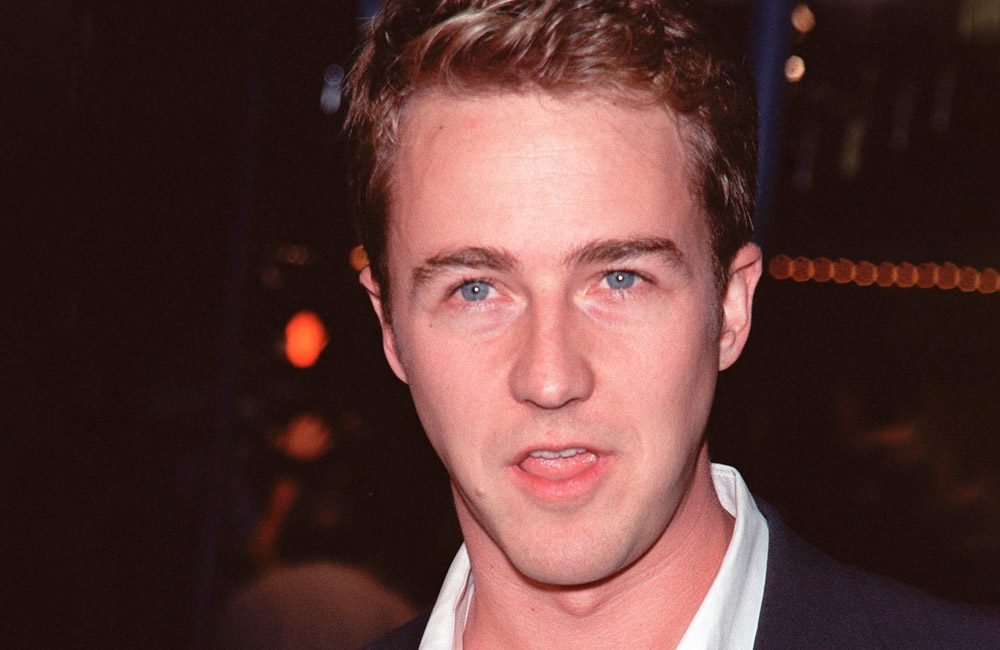 Sadly, it didn’t work out. Disney’s Kevin Feige made an announcement about the change, stating, “The Avengers demands players who thrive working as part of an ensemble, as evidenced by Robert, Chris H, Chris E, Sam, Scarlett, and all of our talented casts. We are looking to announce a name actor who fulfills these requirements, and is passionate about the iconic role in the coming weeks.”

These days, Taylor Momsen is best known as the lead singer of the rock band The Pretty Reckless. However, back in the mid-noughties, she was little Jenny Humphrey from Brooklyn in the hit teen drama Gossip Girl.

Momsen starred as Jenny for several seasons before her character was eventually written out of the CBS show. Momsen later told The Daily Beast, “When I got to a place where I realized I was in control of my own life and had found the right band, and everything was coming to fruition, it wasn’t even a question: I was going to quit my day job. I came to set every day with a guitar.”

When news broke that Britain’s favorite bear Paddington would be getting the CGI treatment and his very own movie, fans were elated. The sense of excitement peaked when Colin Firth was announced as the voice of the marmalade-loving bear. 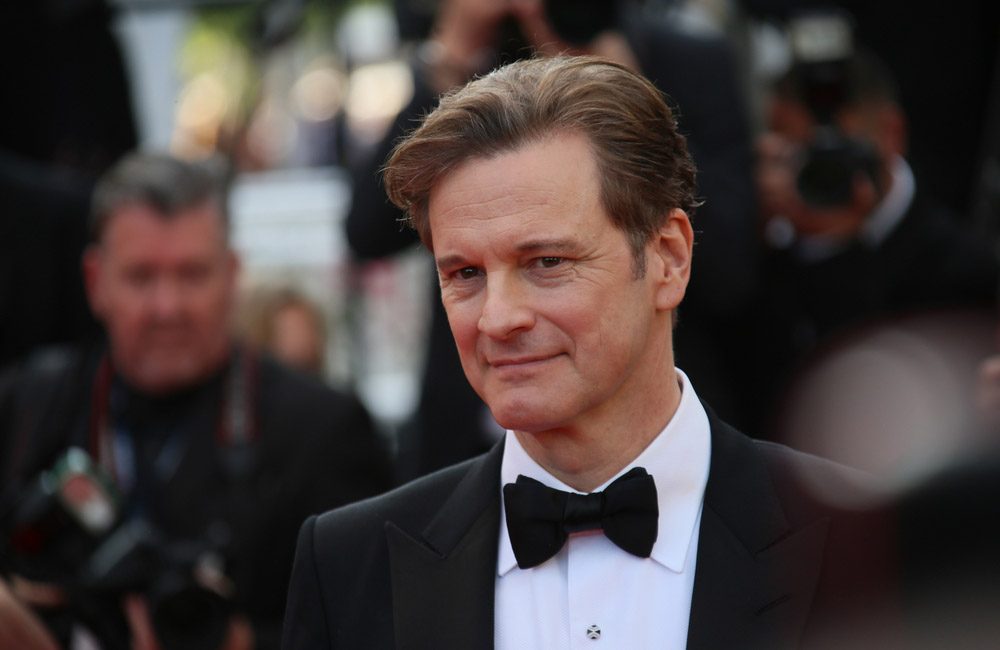 It seemed like the perfect match, but midway through filming, Firth dropped a bombshell. He told Entertainment Weekly at the time, “It’s been bittersweet to see this delightful creature take shape and come to the sad realization that he simply doesn’t have my voice.” Actor Ben Whishaw stepped up to the plate, helping the movie become a box office hit.

Lisa Bonet was a hit when she starred on A Different World and The Cosby Show, so fans were saddened when her character was eventually written out of both shows. At the time, Bonet had just married rocker Lenny Kravitz and announced 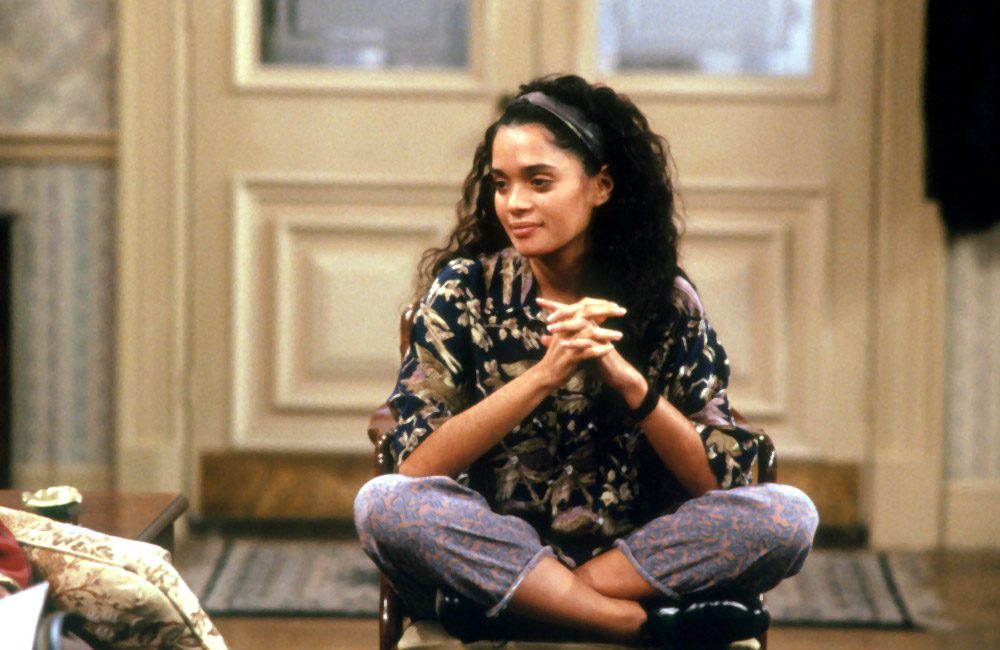 According to producer Debbie Allen, Bill Cosby thought that Lisa had outgrown the material. Lenny Kravitz later said in his own memoir called Let Love Rule that the relationship between Lisa and Bill eventually became too much for them both and it was best to part ways. Bonet is now married to Jason Momoa, while her daughter, Zoe Kravitz, starred in AT&T’s HBO Show, Big Little Lies.

In the early ‘90s, Natalie Portman was an up-and-coming rising star, thanks to her part in Leon. Director Baz Luhrmann took a shine to her and decided to cast her in the future cult classic Romeo + Juliet opposite Leonardo DiCaprio. Only, there was an issue. Natalie was just 13, while Leonardo was 21. 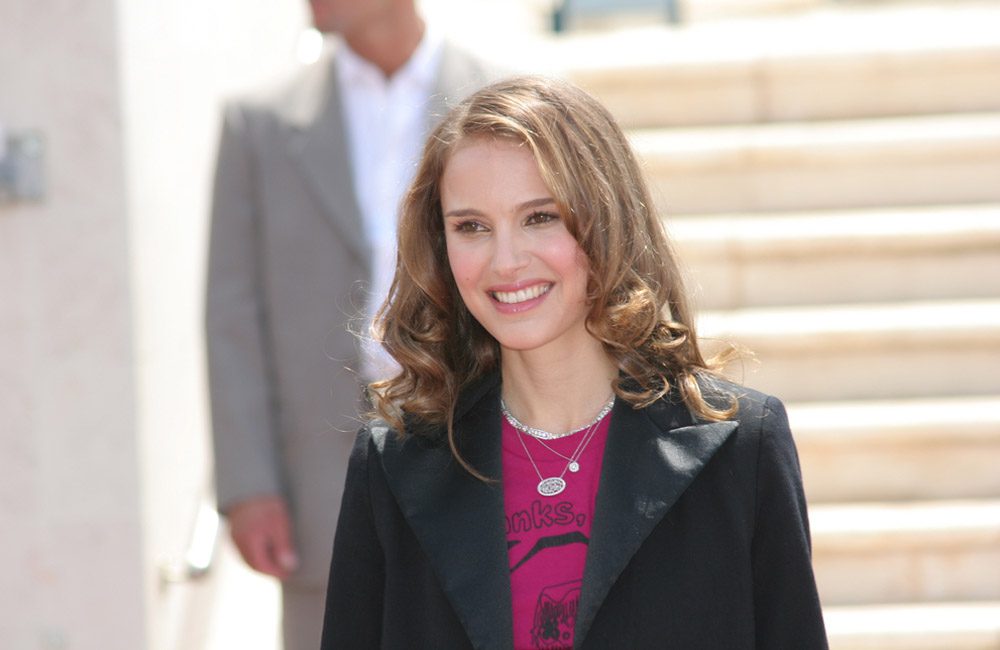 According to The Things, Portman explained the decision for her to be let go later on, saying, “It was a complicated situation and […] at the time I was 13 and Leonardo was 21 and it wasn’t appropriate in the eyes of the film company or the director, Baz. It was kind of a mutual decision too that it just wasn’t going to be right at the time.” Claire Danes replaced her in the Disney caper.

Michael J. Fox is so iconic as Marty McFly that it’s impossible to think we almost had someone else in those Nikes. In fact, the part was originally given to Eric Stoltz. Stoltz filmed the majority of the first movie, but it wasn’t all smooth sailing. 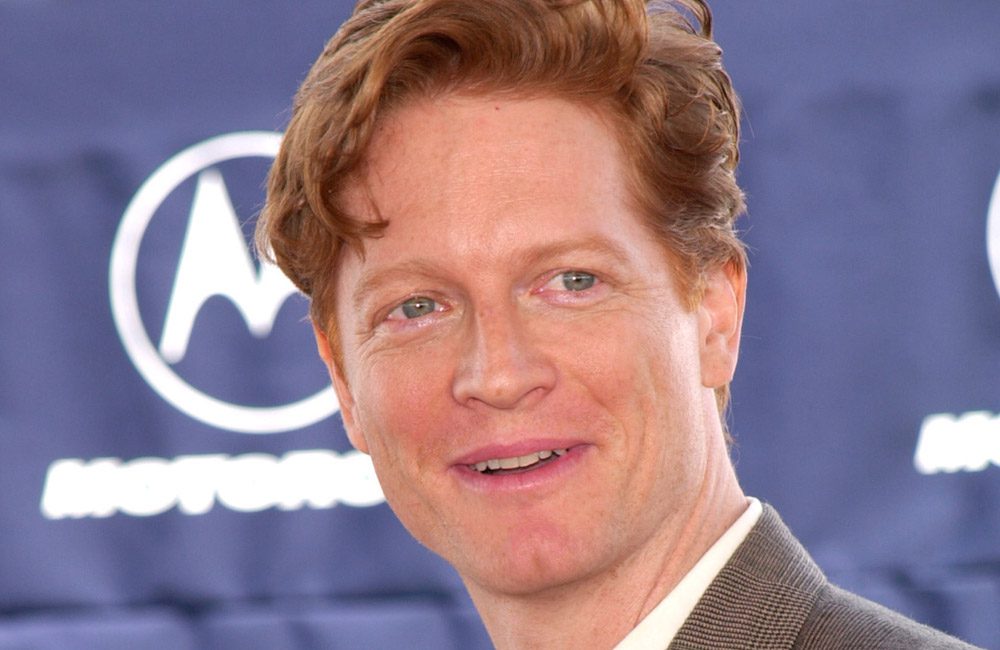 Director Bob Zemeckis didn’t think Stoltz was bringing the right dramatic energy, and so Stoltz was fired, after shooting the majority of the movie. The actor took it hard when he was replaced by Michael J. Fox, however, told Moviehole, “You know, it was twenty-something years ago and I rarely look back, if at all, but in retrospect, I think just getting through that difficult period helped me realize how freeing it really was.”

Movie fans know the Predator as a character that is scary, and not very human. That kind of part isn’t typically played by a big-name actor, but when the movie was still in its early stages, Jean-Claude Van Damme was hired to play the part. 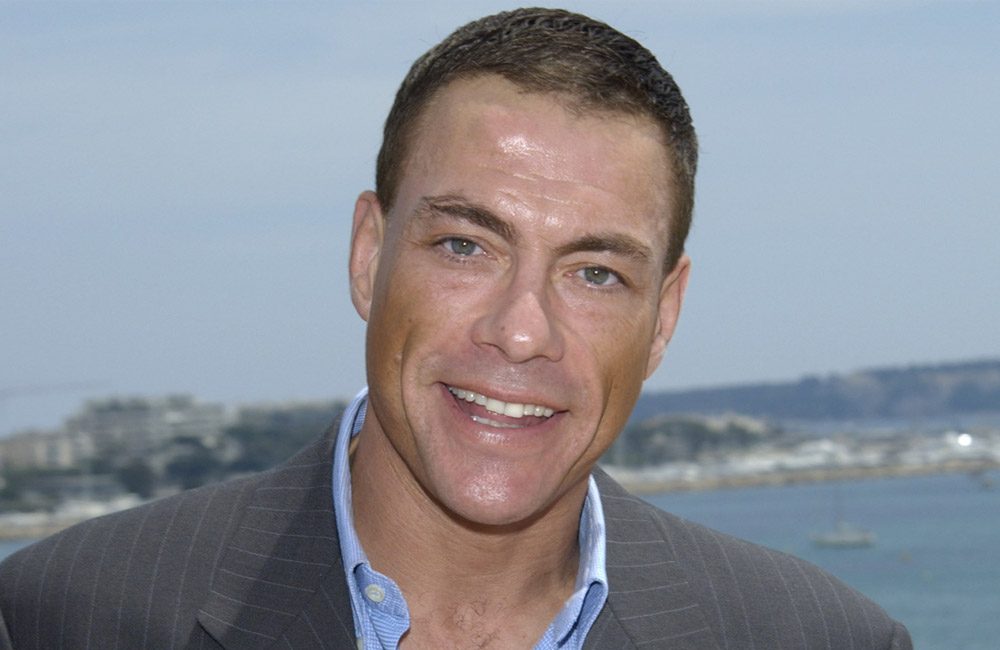 At the time, JCVD wasn’t a big blockbuster name, but still an actor on the rise. Producers thought it would be good for him as he could move in a way that other stars couldn’t. Van Damme was hired, but he explained in an interview with Starlog magazine that the costume was too constricting for him to do his job properly, so it was a mutual decision for him to leave the project.

Martin Sheen turned in a stellar performance as Benjamin Willard in Apocalypse Now, but the part originally belonged to another legendary actor. Harvey Keitel snagged the role, but something went wrong when production started. Director Francis Ford Coppola simply felt like Harvey couldn’t quite nail the character. 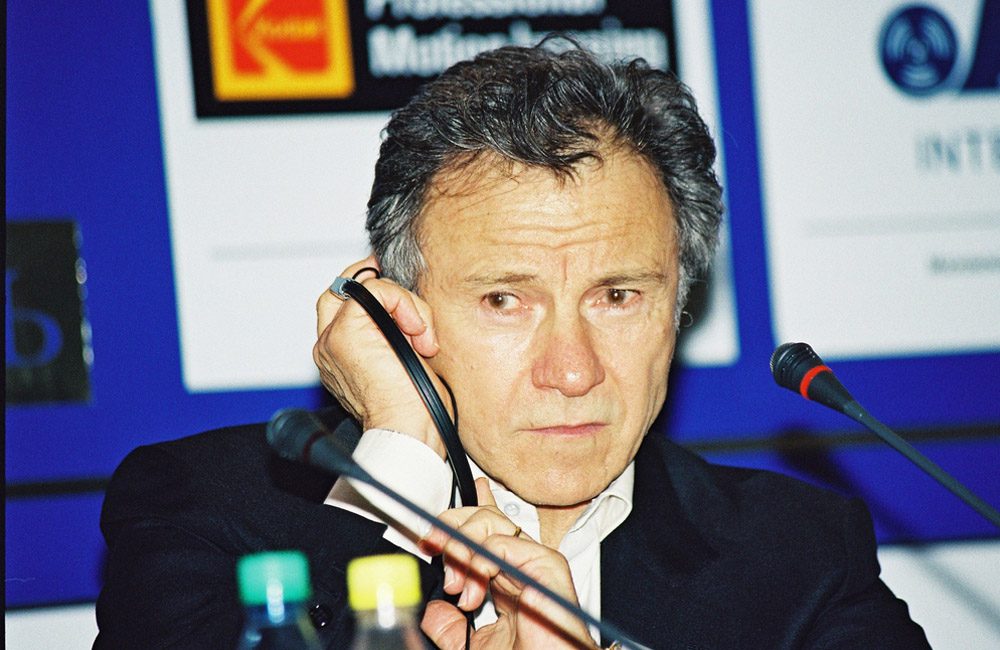 As a result, Harvey was let go and Martin Sheen was brought on board. Other big names that were in the running to play Willard included Steve McQueen, James Caan, Jack Nicholson, and even Al Pacino, star of CBS’ hit franchise, The Godfather.

In the ‘80s and ‘90s, Shannen Doherty was everywhere as one of TV’s biggest stars. She appeared in the hit series Beverly Hills, 90210 as the popular character Brenda, but fans were saddened when her character was written off.

Much later on during a cast interview in 2000, Doherty admitted that she just wasn’t happy on the Fox drama – even though that may seem strange to some. She explained to Entertainment Weekly, “It sounds odd to say that I was on a hit show making a lot of money and I was unhappy because it makes me sound unappreciative — I wasn’t.”

As one of Hollywood’s most beautiful women, Michelle Pfeiffer suited the part of sultry villain Selena Kyle, aka Catwoman, remarkably well. Fans loved her interpretation of the character, but it very nearly wasn’t so. Strangely enough, Annette Benning was originally cast as the ferocious feline. 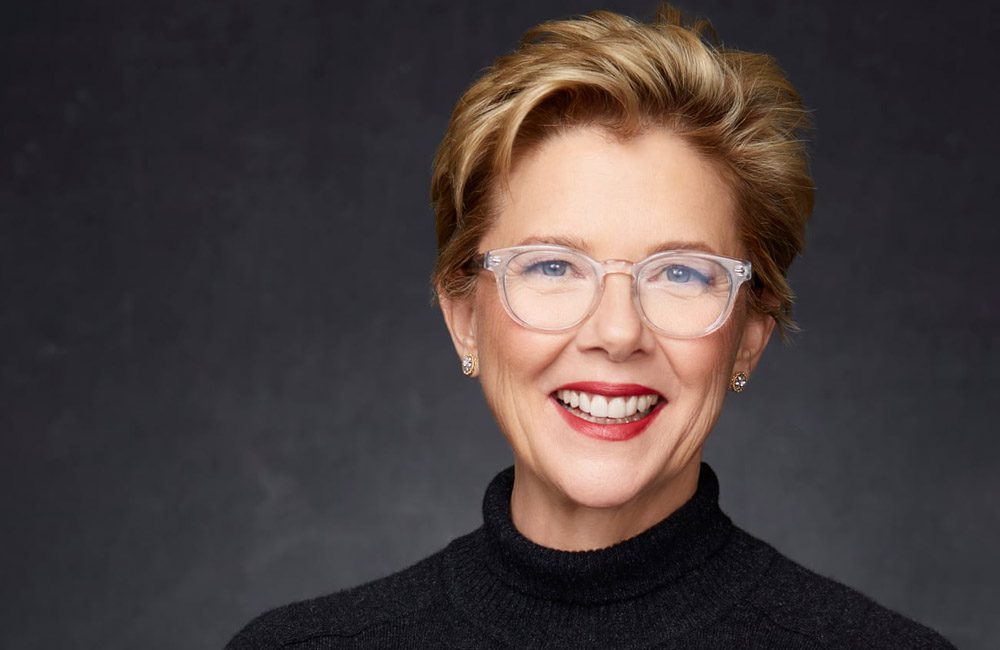 Annette was determined and dedicated to the role but happened to fall pregnant, meaning she couldn’t continue. Pfeiffer was desperate to get into the suit and accepted the part before she had even finished the script. The AT&T movie took over $260 million at the box office, much to the delight of director Tim Burton.

Terrence Howard appeared in the first Iron Man movie as Tony Stark’s right-hand man and friend, James Rhodes. He should have reprised his role for the rest of the Avengers franchise, but contract negotiations between Howard and the studio fell through. 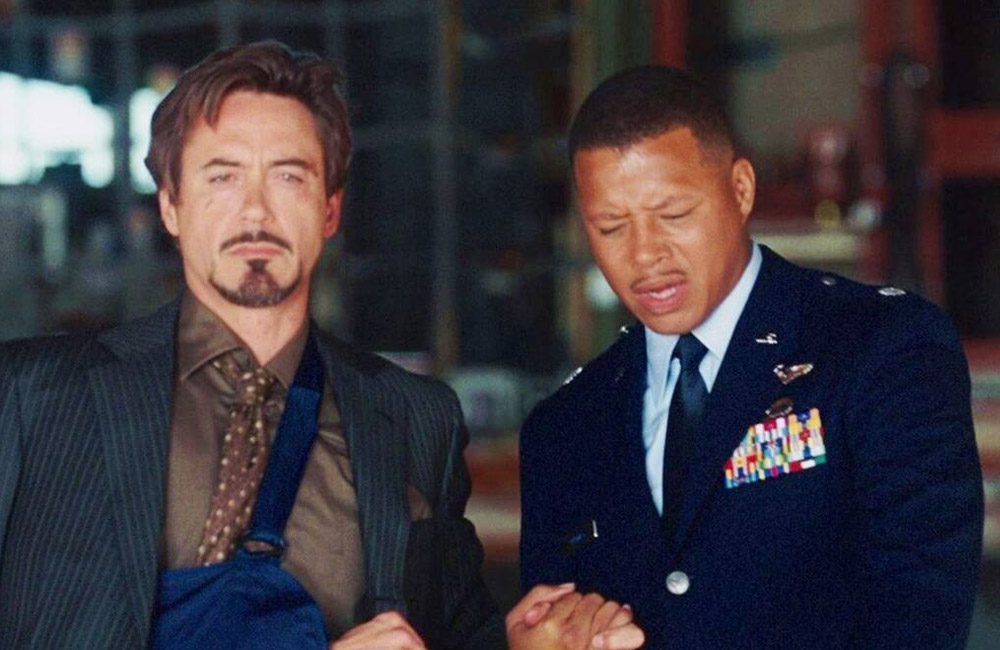 Terrence has been vocal about the fact that he was not able to negotiate the salary he wanted in order to continue playing the character. Disney and Marvel approached Don Cheadle, who went on to play the character in several more MCU-related titles.

Characters rarely get killed off in lighthearted sitcoms, so when the character of Donna, played by Erinn Hayes, was axed after just one season of Kevin Can Wait, fans were surprised. Lead actor Kevin James explained the decision to New York Daily News. 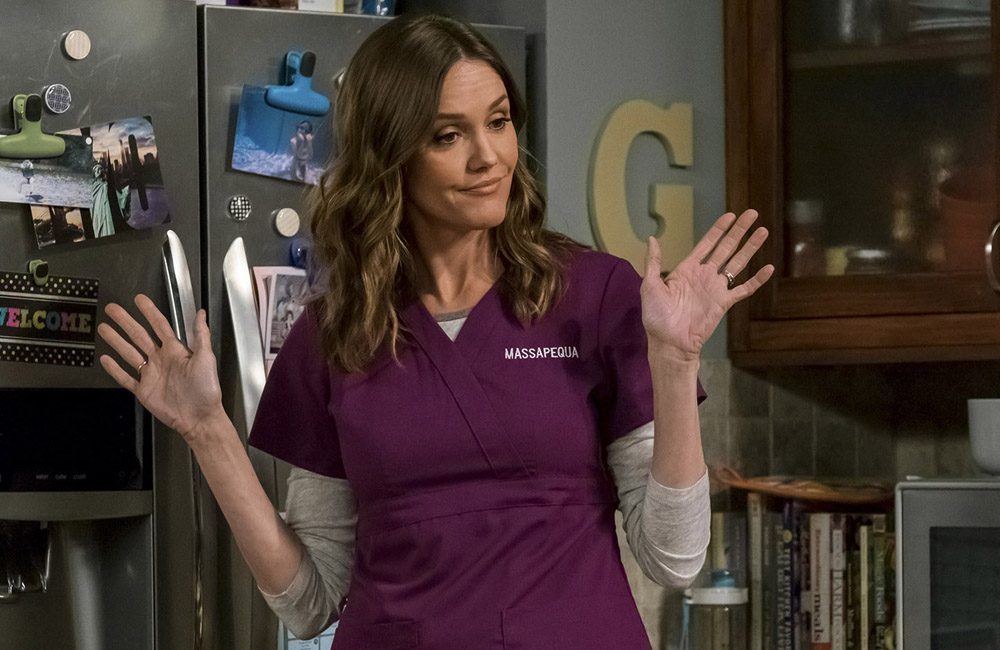 “I get that people are like ‘Whoa, why would you do this?’ “But it really felt like a thing like this was needed for this show to drive forward…Now, I have to deal with my daughter in a different way, and she’s gonna go to college, or one’s getting married, or the holidays. And it deals with things in a different, weightier way.”

Roseanne Barr reigned supreme in the ‘90s as the lead star of the sitcom Roseanne. The show was well-loved and respected across the world, so when news of a reboot broke in 2017, it couldn’t have come soon enough. Unfortunately, it was ultimately short-lived. 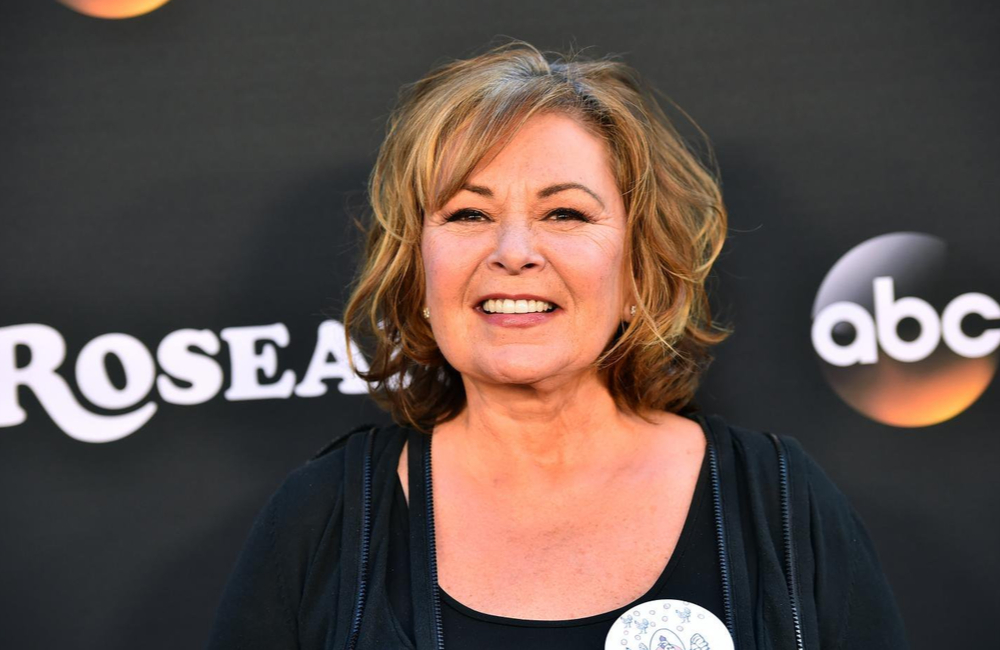 Barr landed in hot water after a series of controversial tweets came to attention. As a result, Disney’s ABC decided not to proceed with a second 18-episode planned season and canceled the show. The rest of the cast went on to star in a spin-off without Barr, called The Connors.