Anyone with any knowledge of the film industry will tell you that making it big as an actor isn’t an easy business. Some toil away for years before finally getting their lucky break, while others eventually give up on their dream altogether.

However, there are also a fair amount of stars that stumbled into the business by pure chance. In fact, some of the biggest names in Hollywood owe their success to chance encounters at the bank, or simply walking down the street. These A-listers have gone on to work with big studios like Disney and make millions, even though they had zero experience in the beginning.

Jason Statham has managed to carve out a reputation as one of the action world’s best heroes. However, acting wasn’t something that Jason ever really thought about pursuing. Prior to making it big, Jason was somewhat of a “geezer”, ducking and diving to make a quick buck. 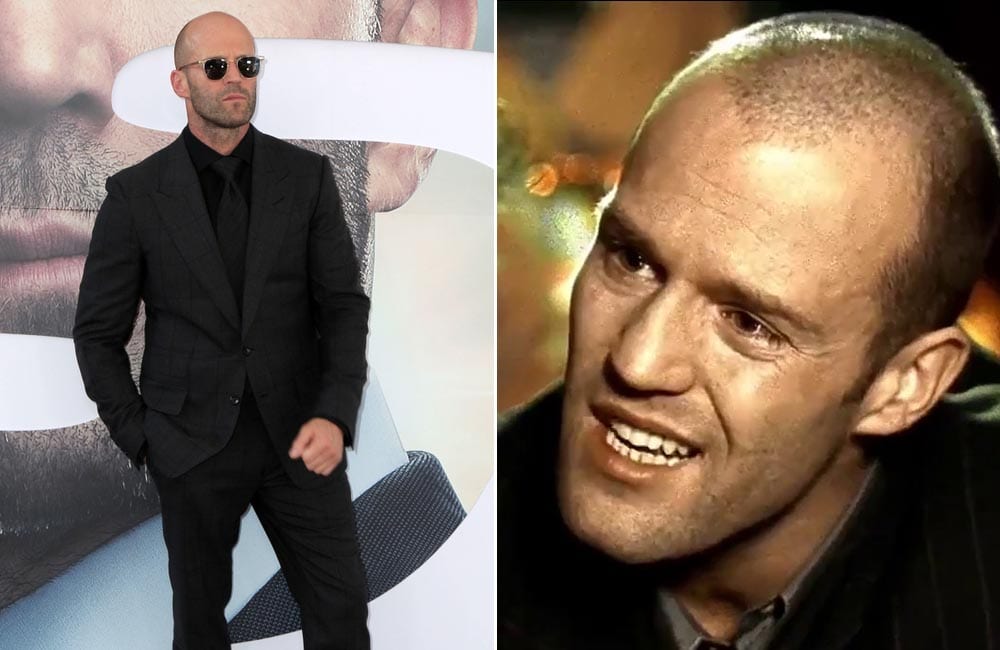 He was spotted by chance by a talent agent when he was working out at the gym. Shortly after that, he auditioned for Guy Ritchie and landed one of the lead roles in the incredibly popular Brit movie, Lock, Stock, and Two Smoking Barrels. Now, he’s worth $64 million thanks to working with some of the biggest studios in the business, such as Sony.

When it comes to actors, Channing is incredibly talented. Not only can he give a good performance, but he’s a professional dancer, too. Back in his youth, Channing didn’t want to be walking red carpets, though. He wanted to be a star football player. 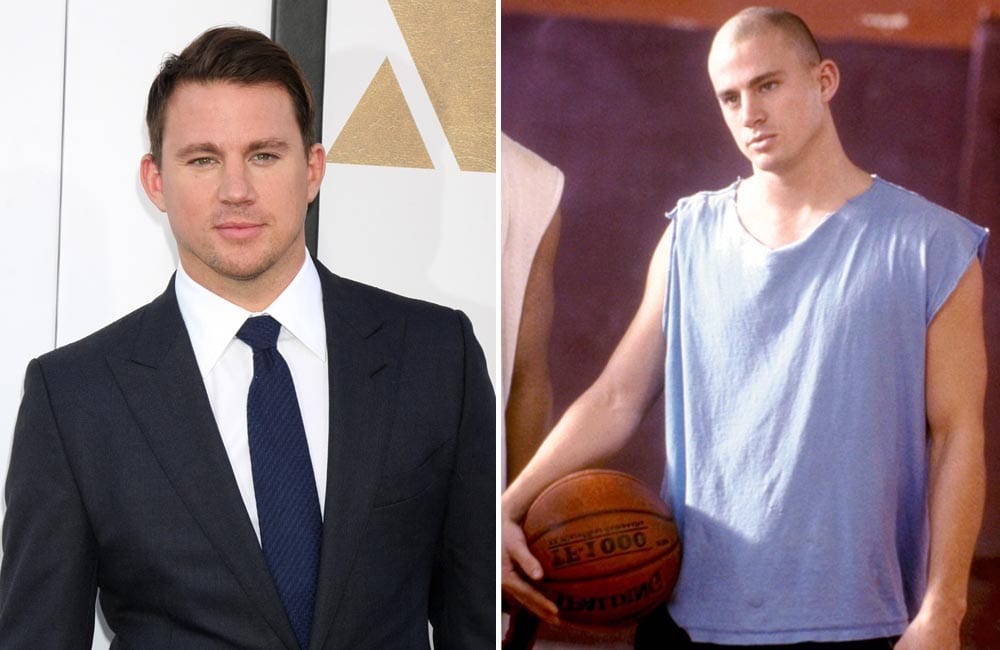 Despite being given a football scholarship to West Virginia. When that didn’t work out, he moved to Miami and was spotted by an agent while walking down the street. He landed a couple of modeling gigs but kept striking out at acting, until he finally got a part in CBS’ Coach Carter in 2005. The rest is history.

Lost was one of the biggest shows of the noughties, but the majority of the cast was relatively unknown. Evangeline Lilly gained a lot of praise for her role as Kate, but her experience up until that point was incredibly limited. 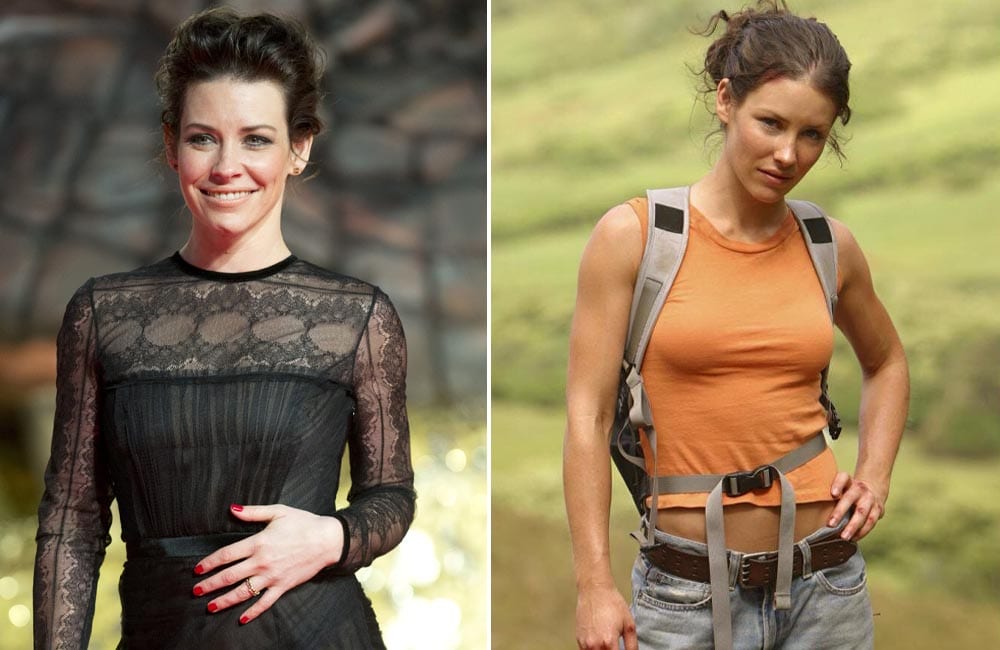 Lilly only made headway into the acting world after being spotted by an agent in British Columbia. She then ended up advertising a Canadian adult hotline before getting her first big break on the hit ABC show in 2004, going on to be cast in big-budget movies such as Ant-Man.

For many kids, thinking about a career in Hollywood seems like a dream that isn’t attainable. For Rosario Dawson, the opportunity reached out to her while she was sat on her front porch. The actress was chilling at home when a screenwriter happened to walk past and see her. 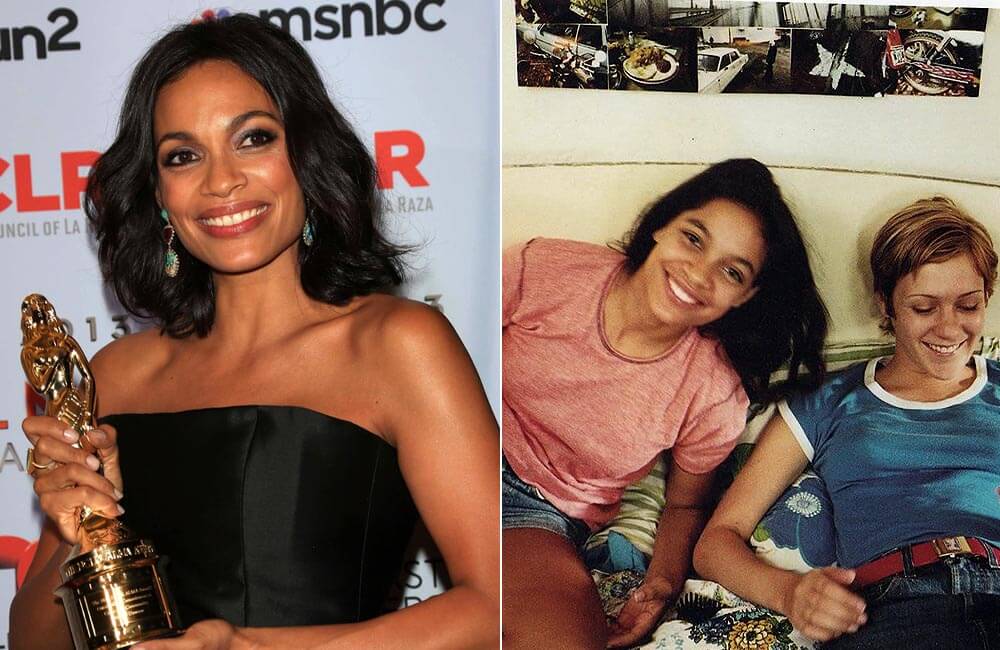 After one audition she landed the part of Ruby in 1995’s Kids. With this experience, Rosario was able to make headway in the acting world and go on to be in several movies such as Death Proof, 25th Hour, and WWE’s The Rundown. From the porch to a bank account of $5 million doesn’t seem half bad, does it?

To fans, Sarah Michelle Gellar will always be known as vampire slaying, quick-talking Buffy Summers. Gellar’s career actually started out way before that, but it was all a stroke of luck. At the age of 4, she was eating dinner with her family in NYC when an agent happened to spot her. 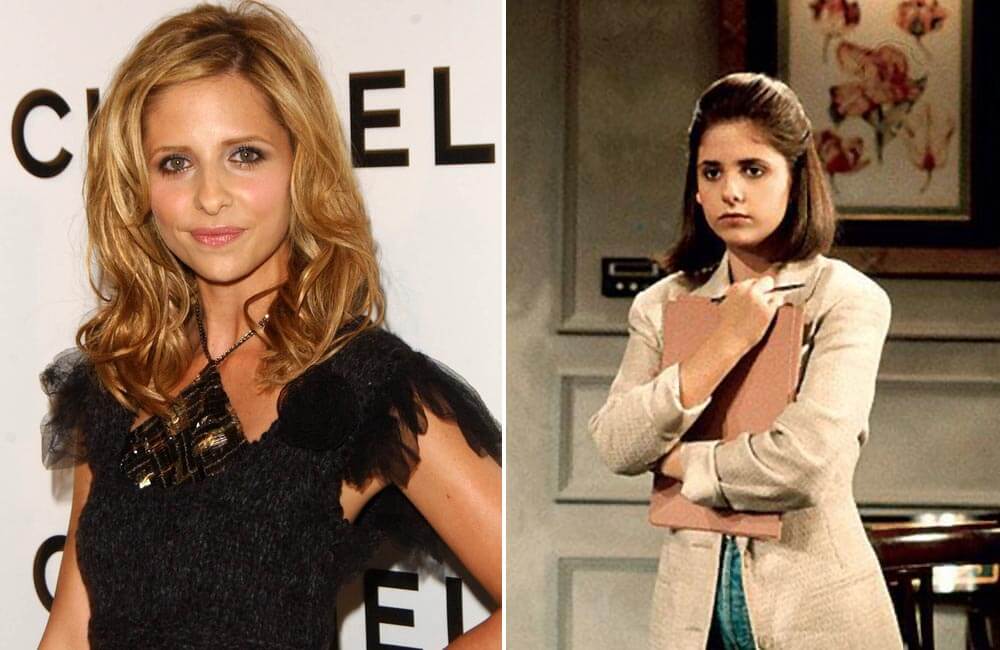 Casting directors loved her and she was working within a week, despite having no prior experience. Of course, by 1993 at the tender age of 16 in the hit ABC series All My Children. She stayed with the sitcom for two years and ultimately landed her career-defining role in Buffy the Vampire Slayer a short time later.

Some actors have such a recognizable face that it’s simply hard to forget them. Danny Trejo has brought the muscle in many films, but way before he was wielding a machete he was a troubled man with a chequered past. While in recovery for an addiction he met someone who would change his life. 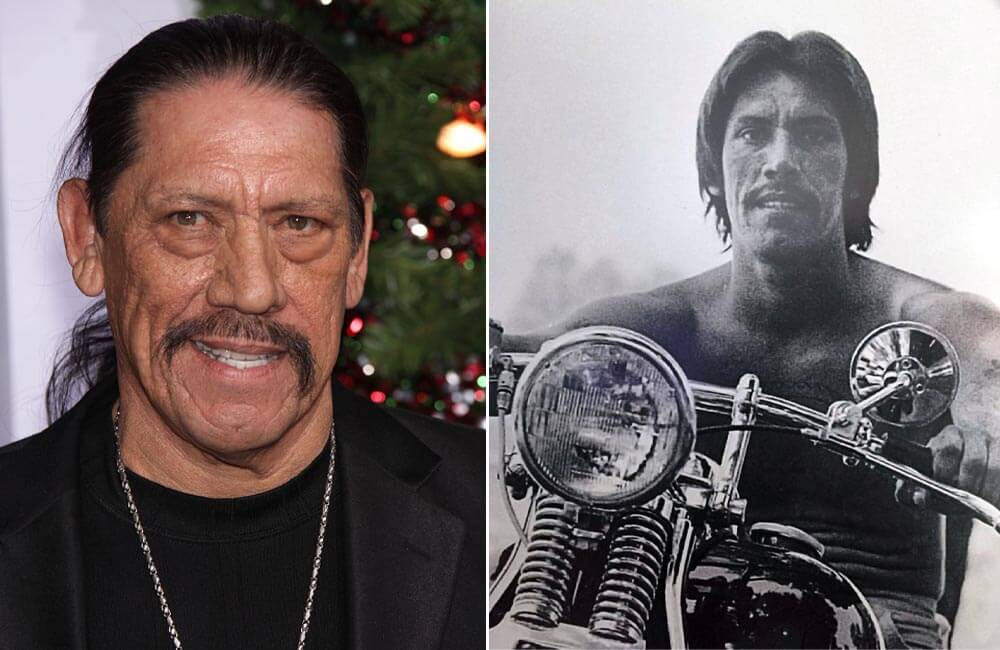 The person in question was working on the set of the 1985 movie Runaway Train when they called Danny for help dealing with personal problems. Danny went to set, happened to bump into a screenwriter who he had met during prison, and ended up getting cast in a bit part as a boxer. This opened up a whole new world for Trejo, who is now worth $5 million.

Ashton Kutcher is arguably one of the biggest stars to come out of the Hollywood machine in the noughties. He has proved that he can do drama just as well as comedy, but life almost took a very different direction for the actor. He was actually studying biochemical engineering at the University of Iowa when he was spotted by an agent during a night out. 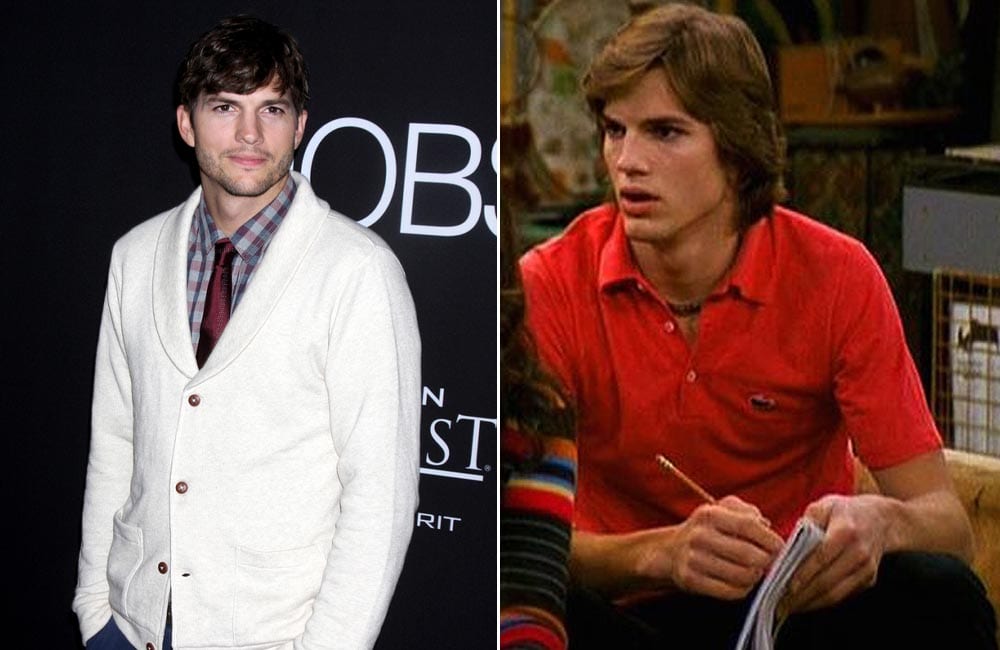 He soon won a modeling competition and landed jobs with some big designers. It was aesthetic and comedic timing that eventually led him to the role of Kelso in That ‘70s Show which was his first-ever acting gig.

There are few stars that have gained as much notoriety as Johnny Depp. Over the years the actor has hit the headlines for various reasons, but besides his exploits, he’s a supremely talented performer. His first part was in the now infamous movie A Nightmare on Elm Street. 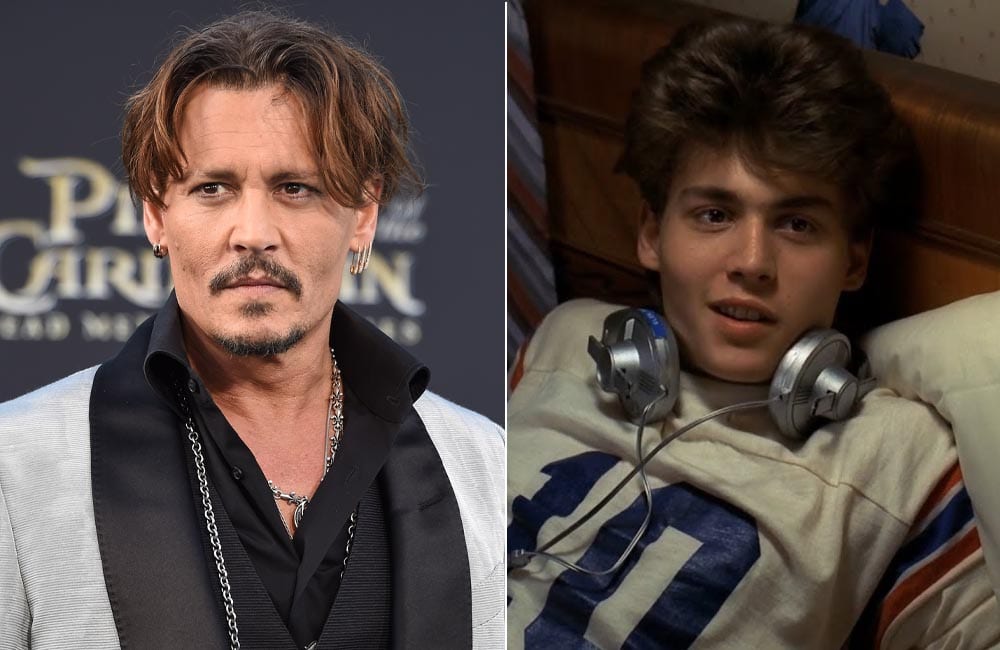 Johnny’s real passion was for music, but times were tough in LA and after a chance meeting with Nicolas Cage, Depp was encouraged to go for acting. He happened to tag along with one of his friends who was auditioning for director Wes Craven but ended up walking away with the part himself when Craven’s daughter begged her dad to hire the handsome newcomer. Now, the Disney star is worth $107 million.

Eva Mendes is one-half of Hollywood’s most prominent couples as the wife of Ryan Gosling. The pair met on the set of A Place Among the Pines and hit it off, but by that point, Mendes was a mainstay in the movie industry. 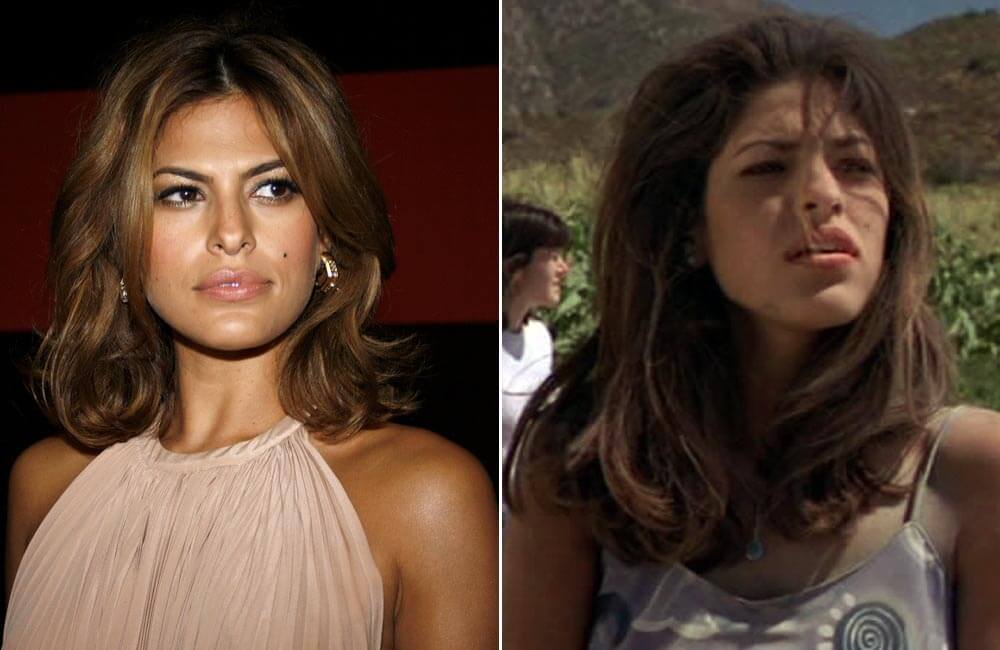 Her career started in 1998 when she was cast in the direct-to-video movie Children of the Corn V: Fields of Terror. Eva happened to be in a picture in her friend’s portfolio when a talent manager spotted her and reached out. After getting the horror movie role and hating her performance, she decided to go all in and work with an acting coach. Considering her bank balance, it paid off!

Considering just how effortless Alexis Bledel made playing Rory Gilmore seem, it’s difficult to believe that she didn’t have acting experience – but it’s true. The only part Bledel had ever had up until getting cast in the noughties hit show was a small uncredited stint in Wes Anderson’s Rushmore. 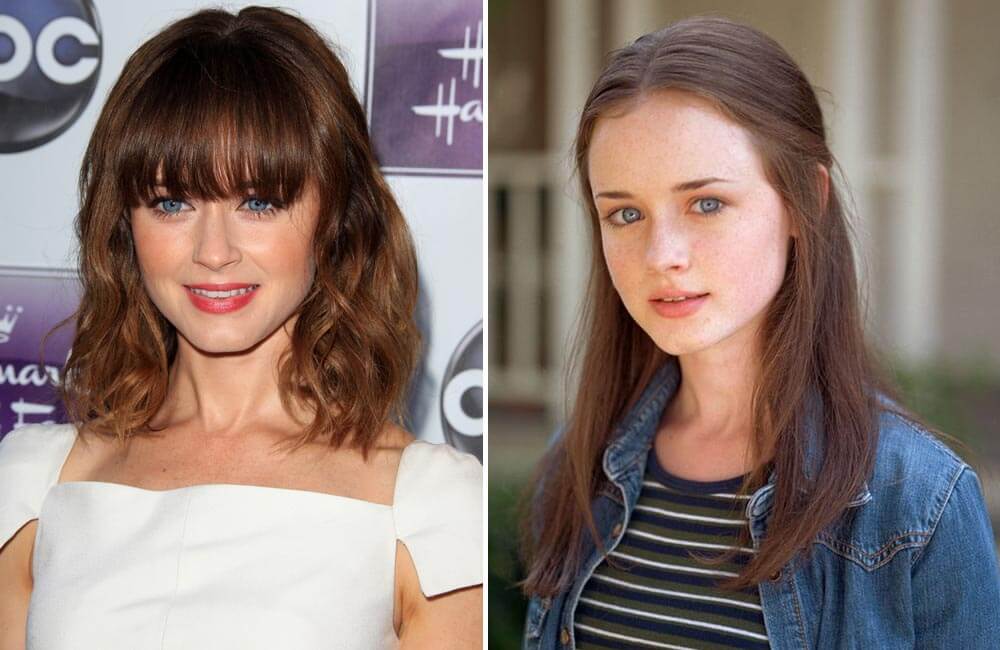 Bledel had always wanted to be a model and had never thought she would end up on-screen. It was only because she was struggling to pay the bills while studying at NYU that she ended up taking a shot at it, thinking it would help her get by. Years later and thanks to her parts in shows like Disney’s Hulu hit The Handmaid’s Tale, Bledel is worth millions.

There’s no doubting that Cameron Diaz is a beautiful woman, which is probably why she tried to make it big by modeling in the early ‘90s. Diaz always had big ambitions, but acting wasn’t something that she had trained for. She decided to try her luck and go for the lead female role in 1994’s The Mask. 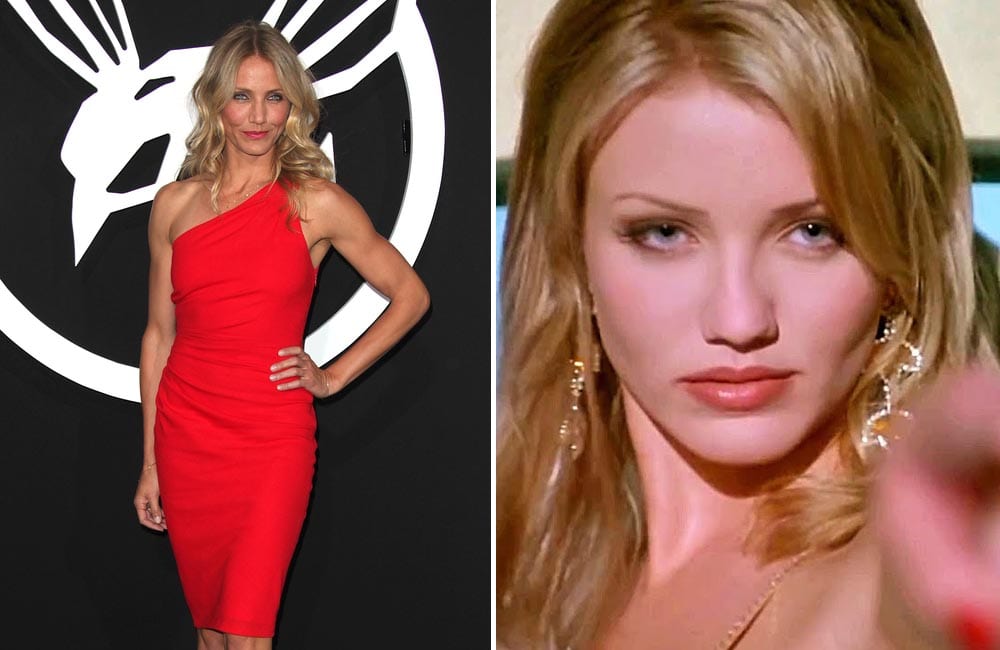 Casting directors loved her style and gave her a shot. It was only after she was cast in the hit movie that she decided to take acting lessons. Diaz has since worked with the biggest studios in the world, from Sony to Disney. Although she retired from acting to focus on other pursuits, she’s got a healthy nest egg to fall back on.

Brad Pitt didn’t realize that he wanted to act until he was two weeks shy of finishing his journalism and advertising degree at the University of Missouri in 1982. Scared of going straight into the corporate world, he decided to up sticks and move to LA to give acting a shot. 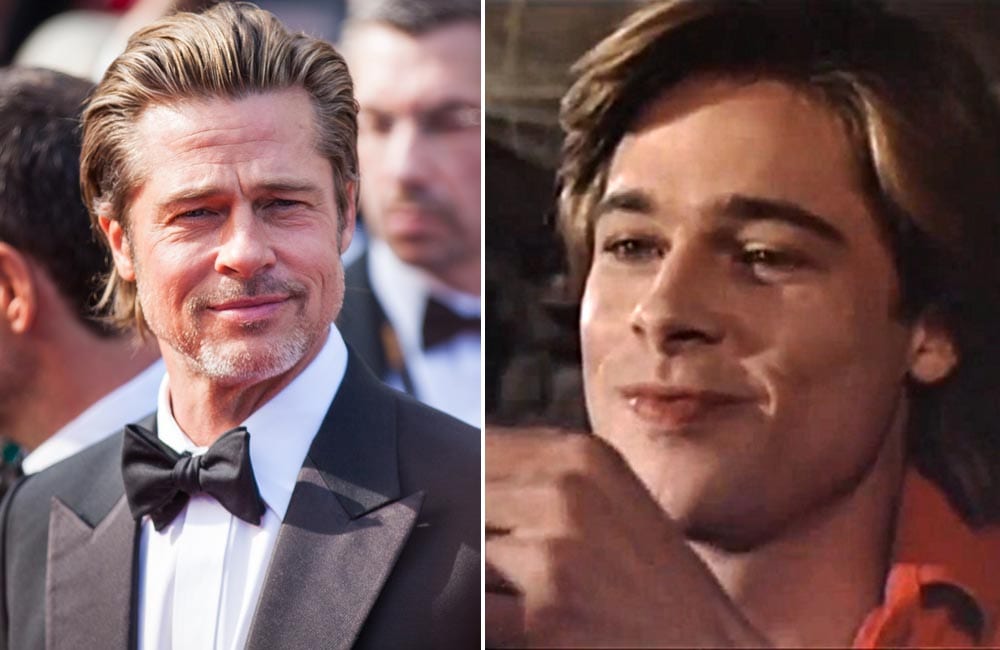 Brad Pitt - The Dark Side of the Sun ©taniavolobueva / Shutterstock.com | @whitejolly / Pinterest.com

Despite toiling away in the City of Stars and taking acting lessons for several years, Pitt didn’t get much further than bit parts on TV shows until 1988 when he was given the lead role in Dark Side of the Sun. The movie wasn’t released until 10 years later when Pitt was already one of Hollywood’s leading men.

Today, Eddie Murphy is one of the biggest stars that the world has ever seen, with more hit movies under his belt than you can shake a stick at. But, it wasn’t handed to him. Murphy started at the bottom and worked his way up. After just starting college, Eddie decided to take a punt and audition for SNL. 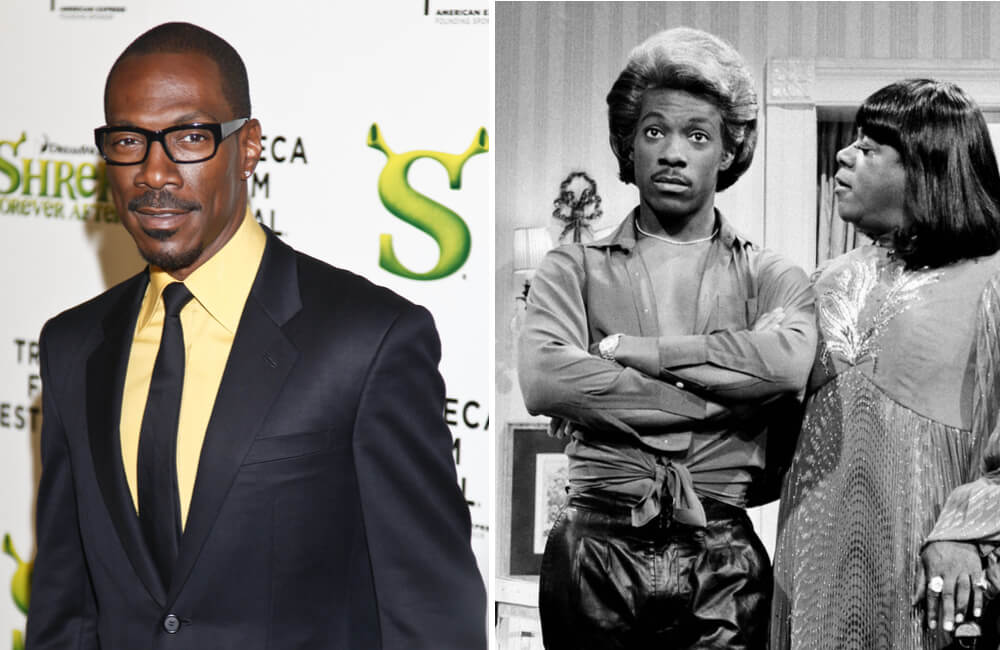 The team on the show liked him and he appeared in his first episode in 1980. Thanks to his increasing notoriety in the series, Eddie was able to land one of the lead roles in 1982’s 48 Hours, having never taken an acting class in his life. Now, he’s worth $143 million.

Joaquin Phoenix is an Oscar-winning actor that has churned out some incredible performances, but was he always destined for greatness? It would appear so. He was scouted alongside his brother, the late and legendary River Phoenix, and sister, Summer when his parents moved the family to LA. 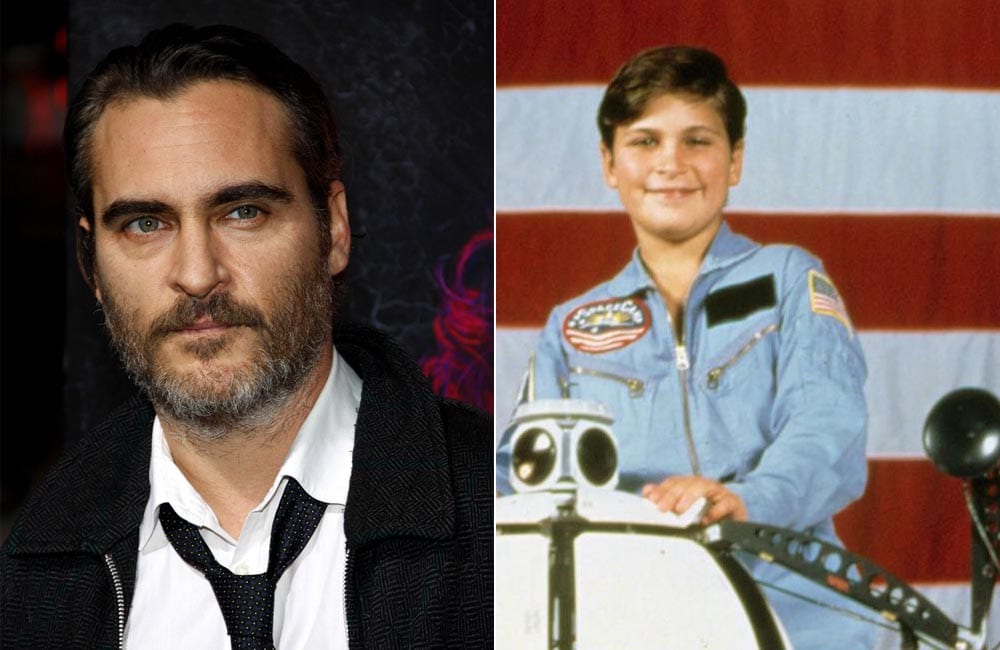 Despite having no formal training, Phoenix was able to land some parts in television shows almost instantly. By 1986, he had been cast as the lead in SpaceCamp, a movie about a young kid that wants to be an astronaut. This opened several doors for him and ultimately set him on the path to winning an Oscar for Joker.